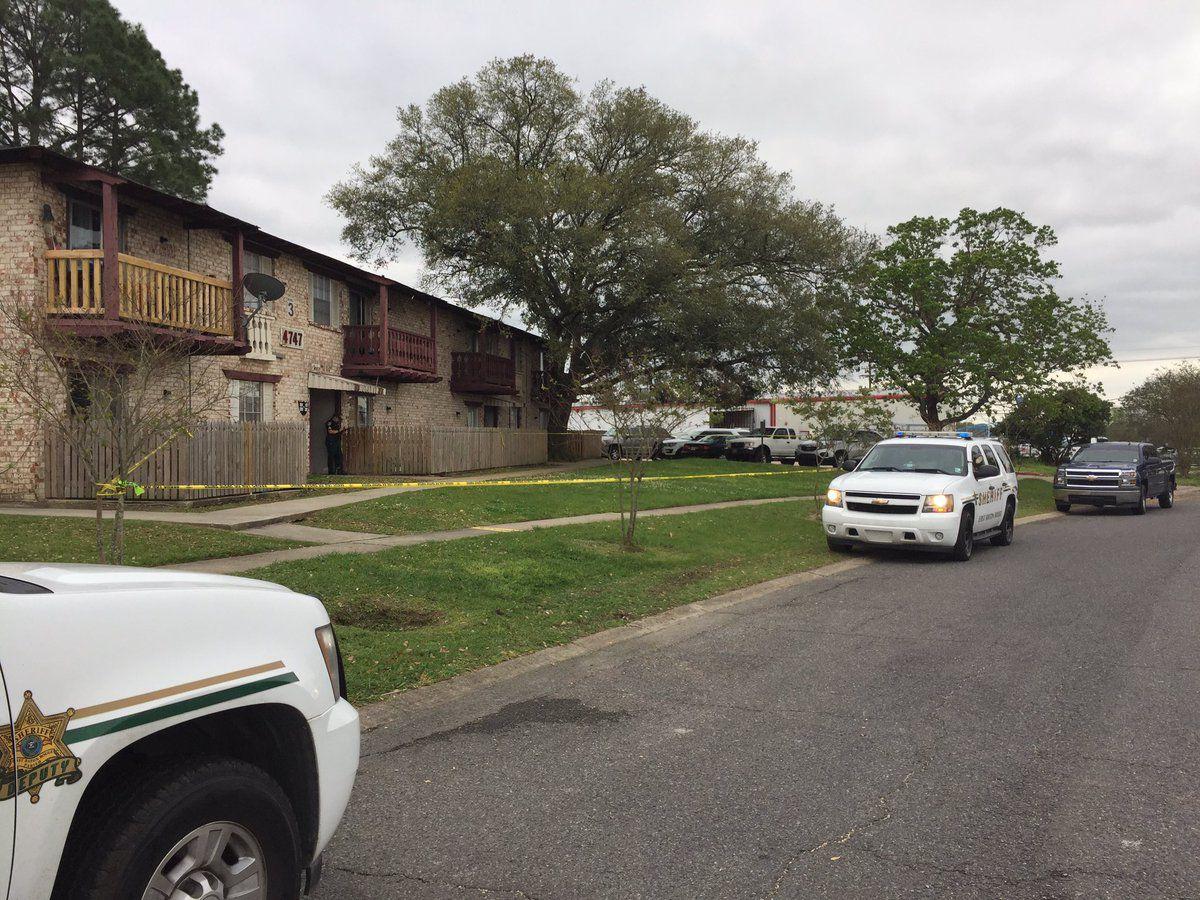 Crime tape remains Monday afternoon, March 13, 2017, at the South Park Drive scene of the fatal shooting of a 16-year-old. 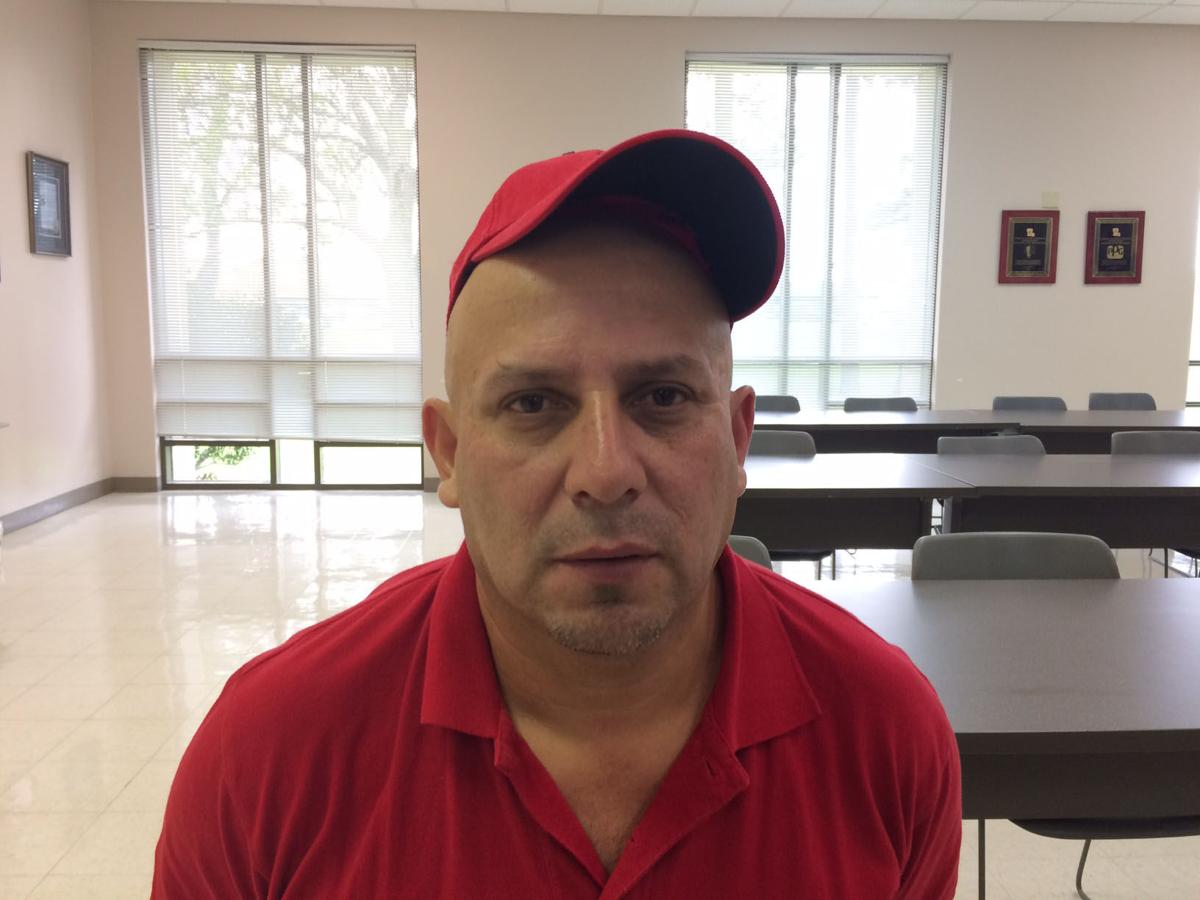 Octavio Bringas, 49, of 4747 Southpark Drive will be booked on second-degree Murder.

Crime tape remains Monday afternoon, March 13, 2017, at the South Park Drive scene of the fatal shooting of a 16-year-old.

Octavio Bringas, 49, of 4747 Southpark Drive will be booked on second-degree Murder.

A Baton Rouge teenager celebrating his 16th birthday was fatally shot Monday afternoon in an apartment on Southpark Drive in what appears to be an accident, the East Baton Rouge Parish Sheriff's Office reported.

A neighbor at the complex at 4747 Southpark Drive heard a gunshot coming from the second-floor apartment around 12:55 p.m., where paramedics found Darius Plummer, who turned 16 years old Monday, mortally wounded, said Casey Rayborn Hicks, spokeswoman for the sheriff.

Emergency workers rushed Plummer to the hospital, but he died before he could be treated, Hicks said. Plummer resides at 11585 North Harrells Ferry Road.

Deputies identified Octavio Bringas, 49, as the suspected shooter, Hicks said, and arrested him with help from State Police as he tried to flee the state Monday afternoon. Sheriff's Office documents said Bringas is "an undocumented person living in the U.S." No further details were immediately available.

Bringas, who lived in the apartment complex where the shooting happened, was stopped on I-10 in Lake Charles around 3:30 p.m. and was booked as a fugitive in Calcasieu Correctional Center. He will be transferred to Parish Prison to be booked on second-degree murder, Hicks said.

Hicks said Bringas told a relative he was playing with a gun when it discharged, striking Plummer. He apparently told the relative he was not coming back and that he would not talk to police, Hicks said. Hicks believes Bringas was a friend of the victim's family.

Next-door neighbor Katrina Smith, 44, was outside on her balcony drinking coffee when the shot rang out, she said.

"I heard a big pop," Smith said. "At first I thought it was a hood of a car... it happened really fast."

She said she was worried the bullet might have come through their connecting wall, but when she knew it didn't, she rushed to her neighbor's apartment to see if everyone was alright. She found her neighbor's son distraught, like he'd just seen a ghost, she said.

"I kept hearing him say, 'It was my best friend,'" Smith said. She was unable to get much more information because the boy spoke Spanish and she did not.

She said she believed the two boys were home alone at the time of the incident, but neither lived in that apartment. The boy who was not shot is the son of the man who lived there, and neighbors said he visited regularly.

"It's sad, and on his birthday," Smith said, of Plummer, shaking her head. She said only knew her neighbors to wave to say hello.

Plummer had been enrolled at Broadmoor High School until Jan. 19 but had then transferred to Zachary High School, according to Adonica Pelichet Duggan, spokeswoman for East Baton Rouge Parish school system and Zachary Schools Superintendent Scott Devillier.

Devillier said that Plummer was only enrolled at Zachary High School until the end of February, when he dropped out with plans to re-enroll in Broadmoor High. Duggan said her records do not indicate he ever re-enrolled.

Duggan said extra staff will be at Broadmoor on Tuesday to help any students who might be struggling in the wake of the teen's killing.

Neighbor Adrian Mitchell, 50, thought the sound he heard was thunder and lightning around 1 p.m., but someone quickly told him it was a gunshot.

Mitchell said he knows the man who lives in the apartment where the incident happened.

"They've never had any problems since I've been knowing them," Mitchell said. He said he would greet the man with a fist bump, calling each other 'amigo.'

"I've never seen him have any violence," Mitchell said. "It's usually quiet over here. It's safe... It hasn't ever been this bad until today."

Federal charges were filed Thursday against the man who the U.S. Department of Justice alleges was illegally in the U.S. when he fatally shot …