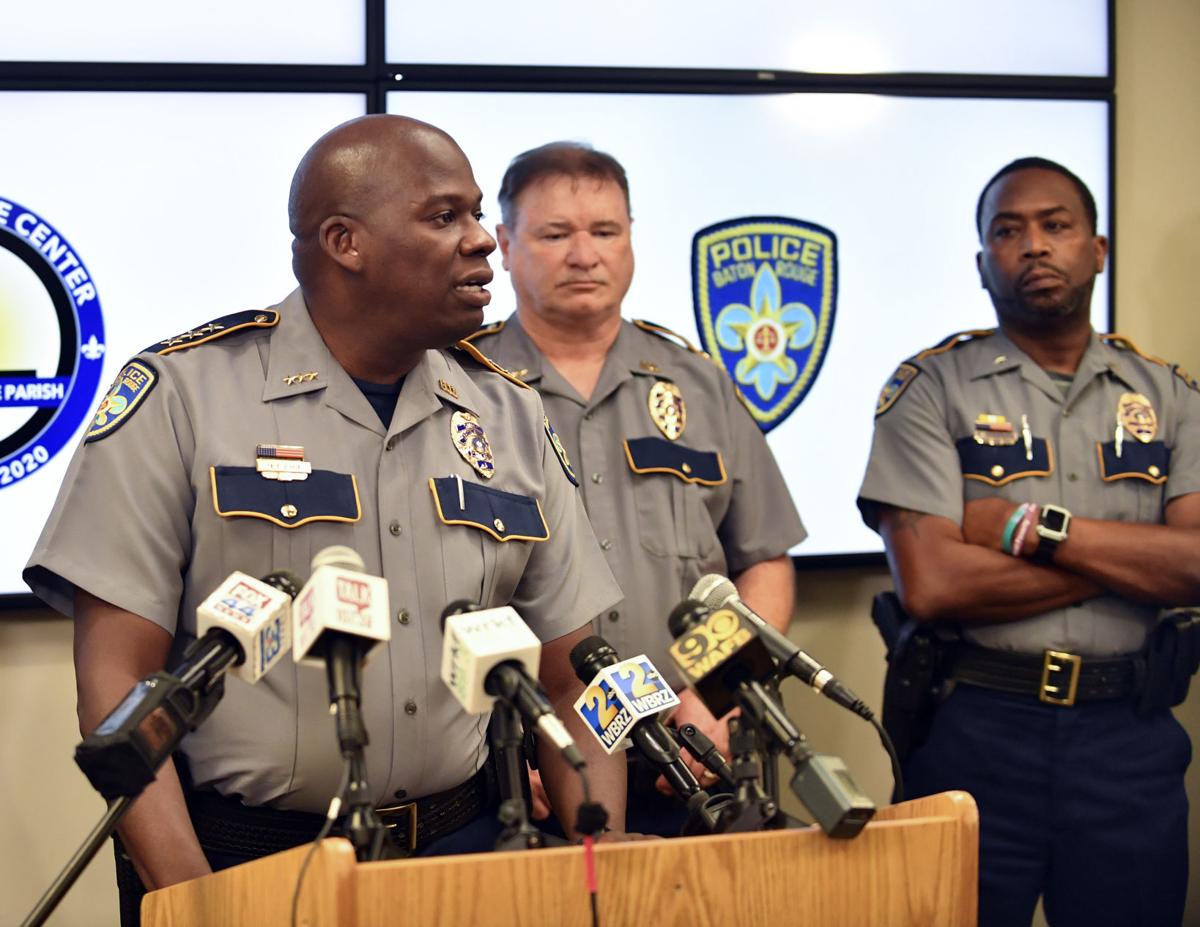 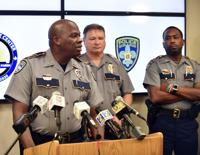 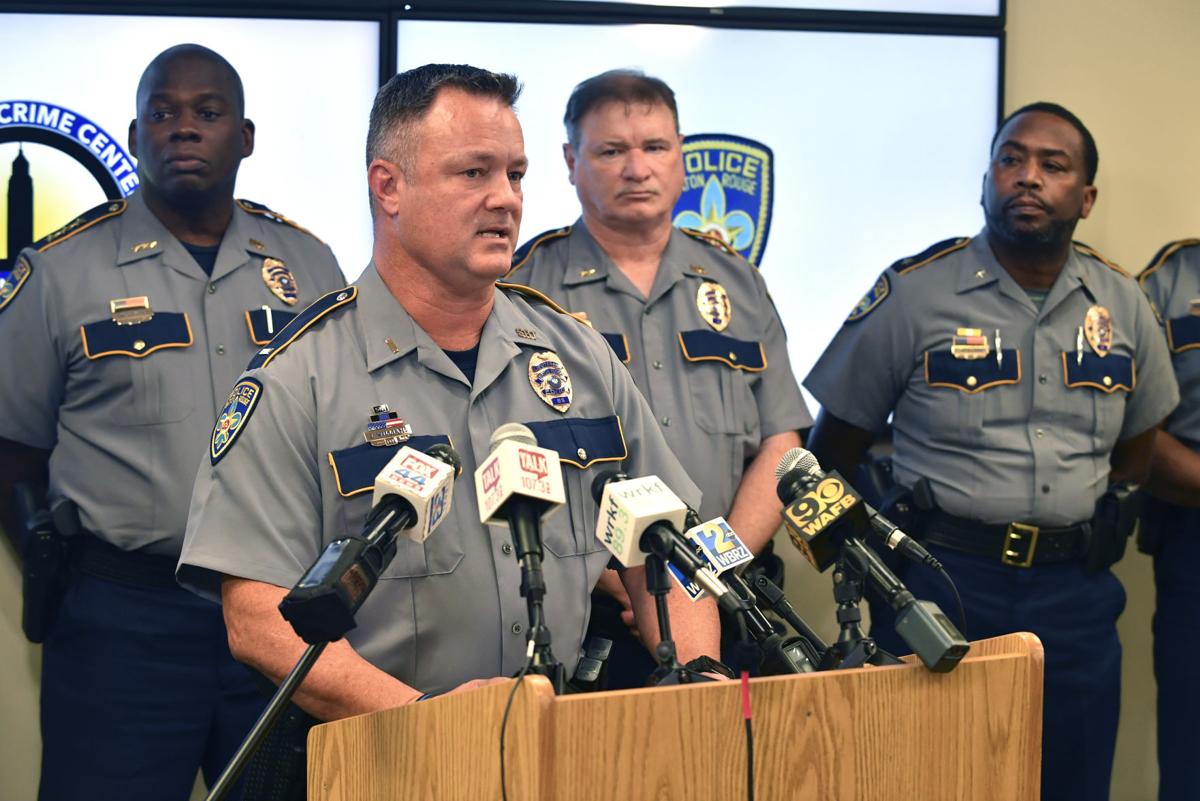 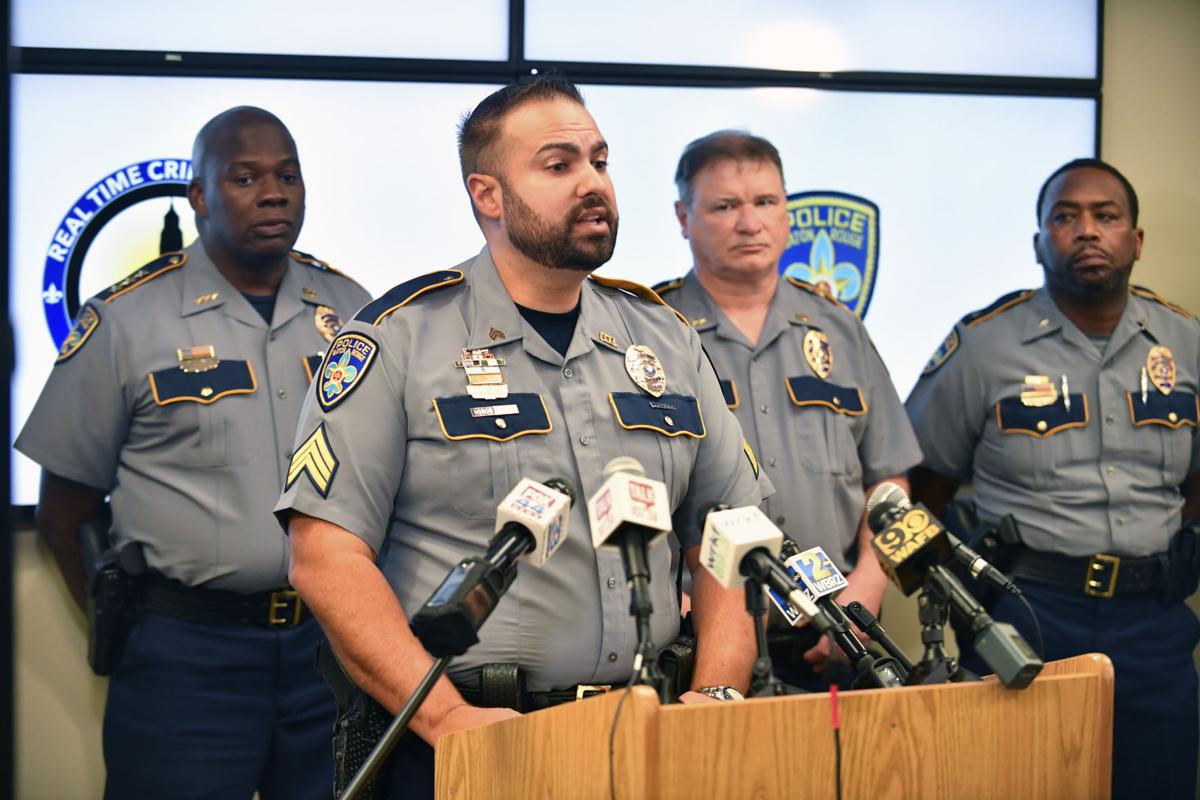 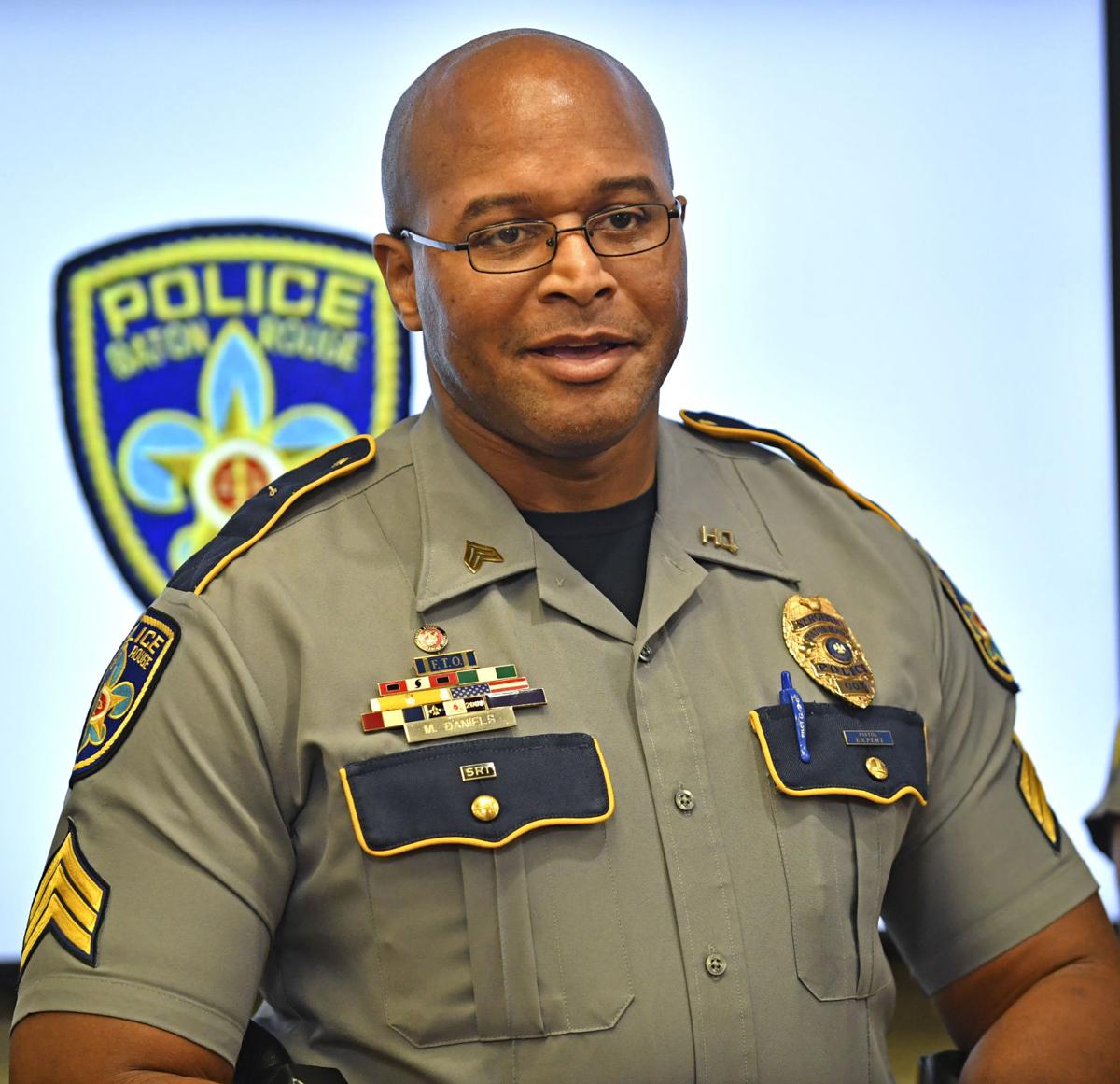 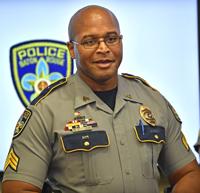 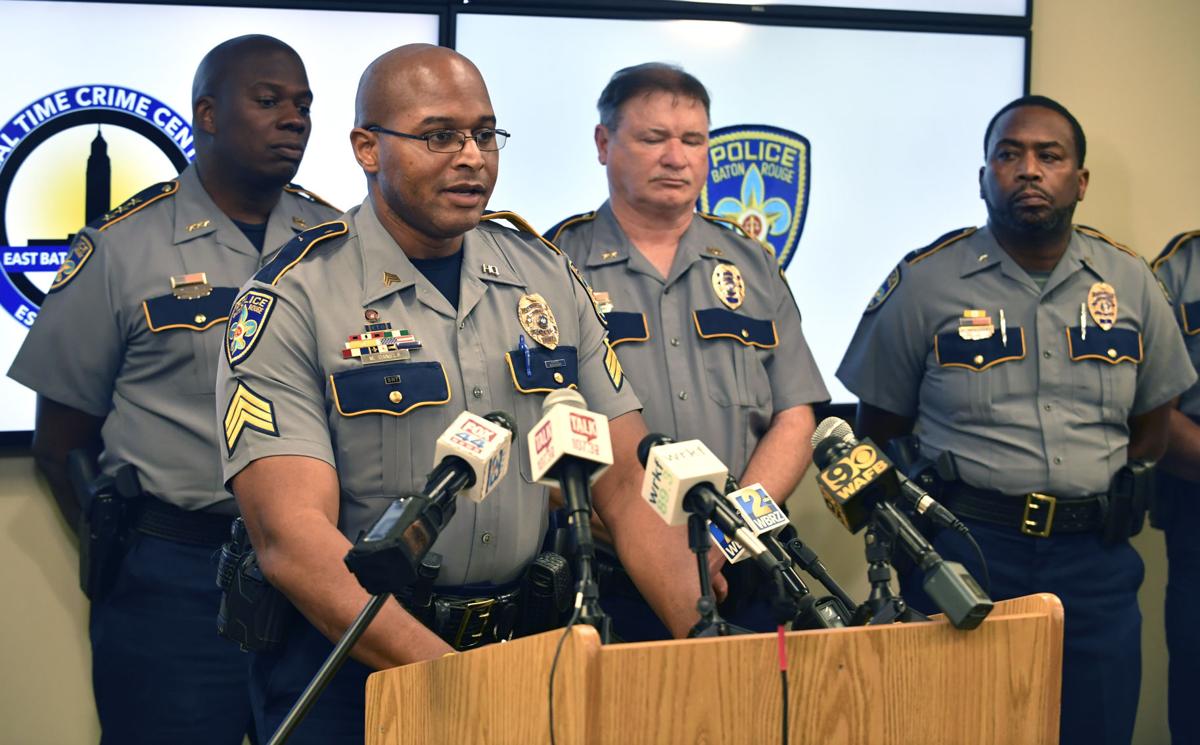 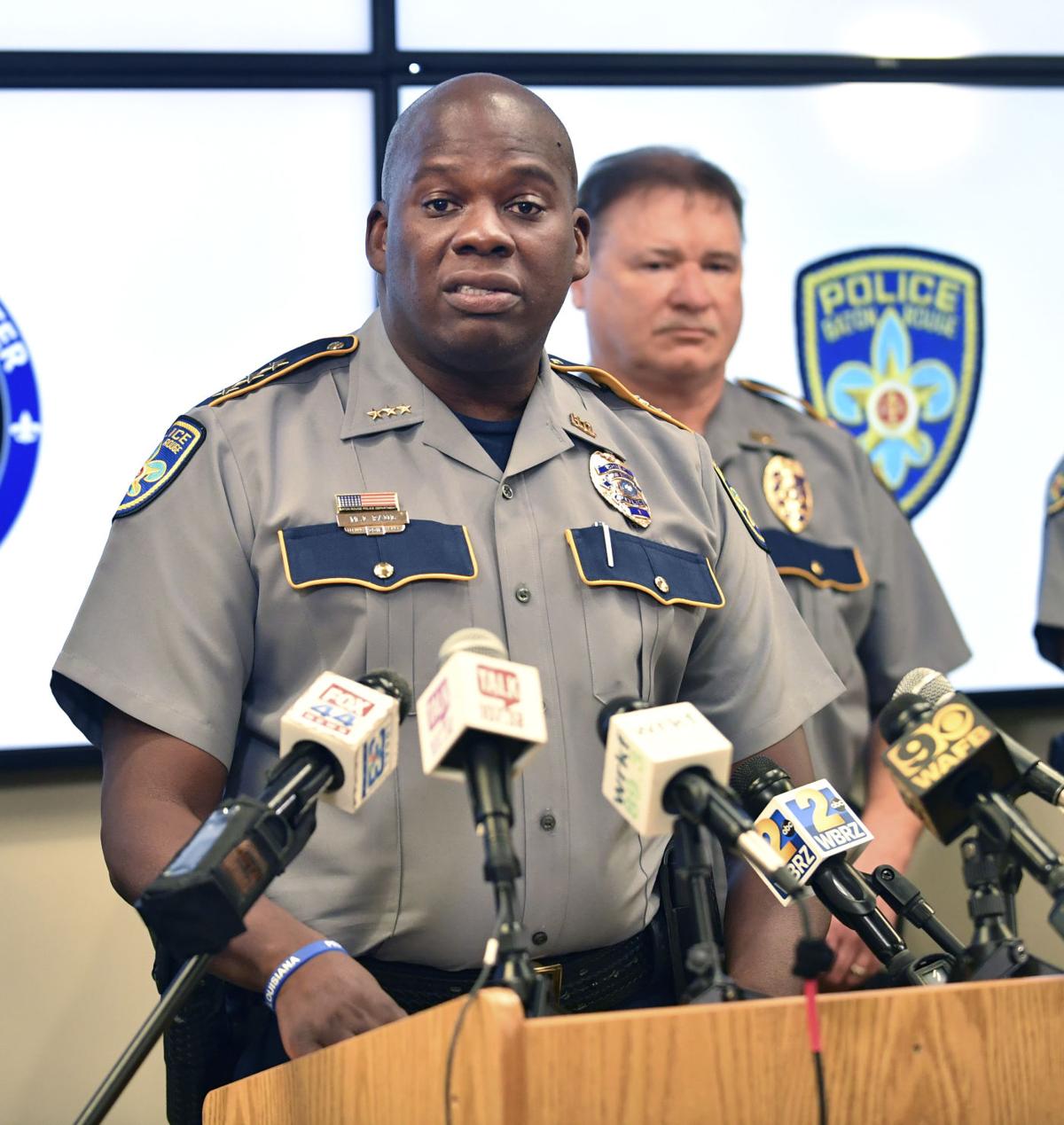 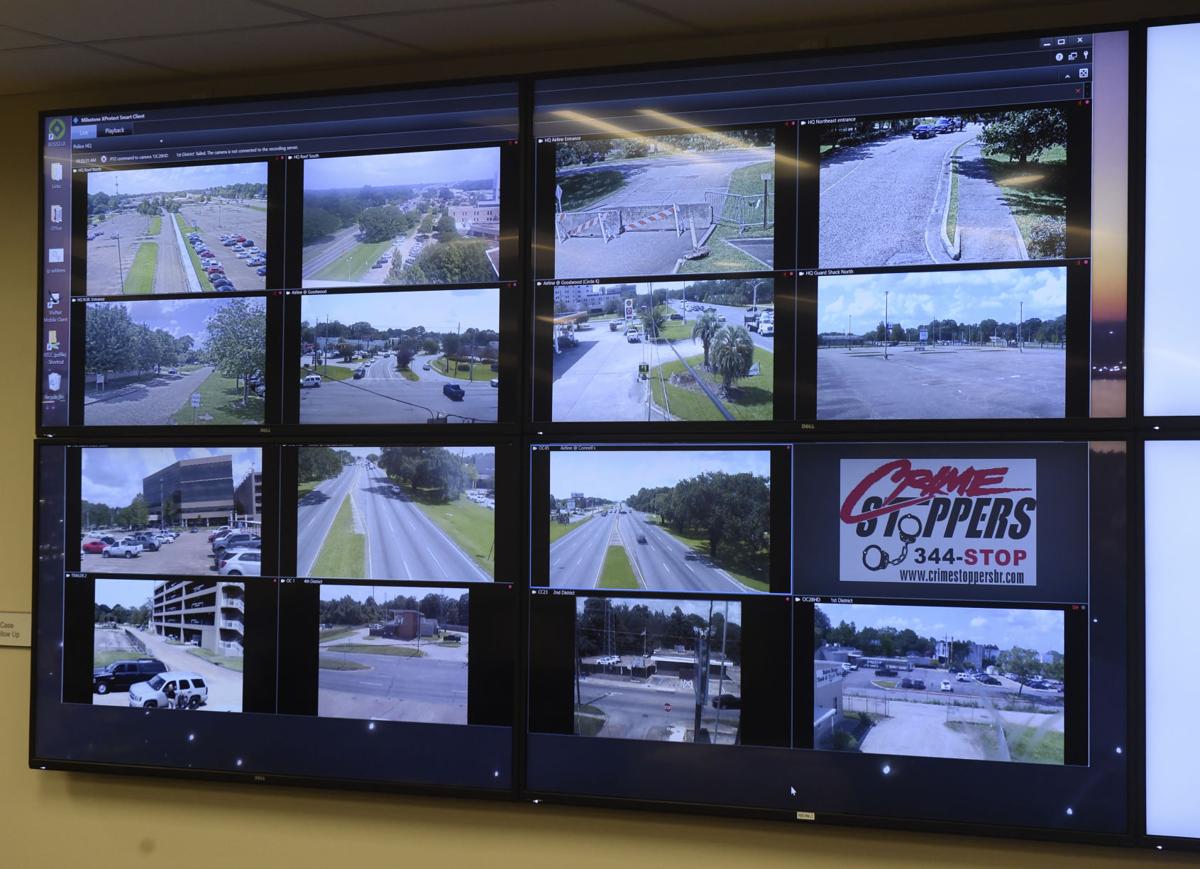 Live video monitoring can be seen as officers work in the department's new 'Real Time Crime Center', or RTCC, before the start of a press conference to discuss police reform measures, Tuesday, June 9, 2020, at Baton Rouge Police Headquarters in Baton Rouge, La. 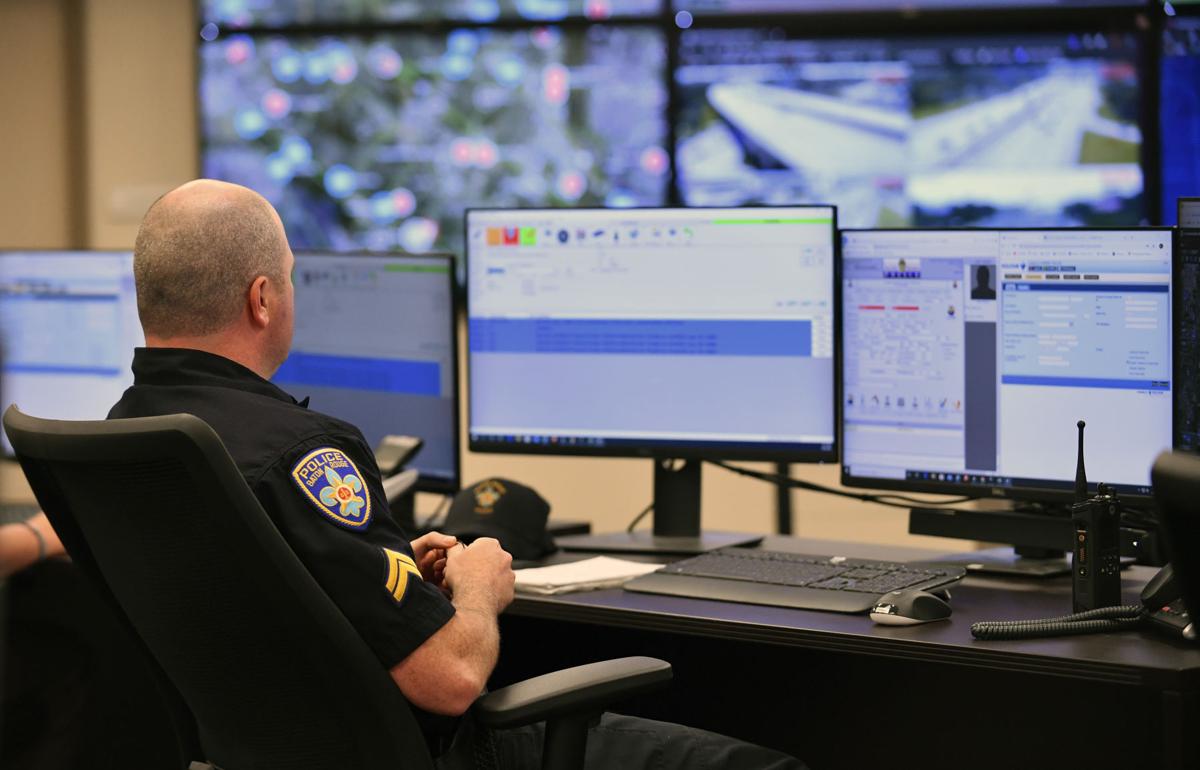 An officer works in the department's new 'Real Time Crime Center', or RTCC, before the start of a press conference to discuss police reform measures, Tuesday, June 9, 2020, at Baton Rouge Police Headquarters in Baton Rouge, La. 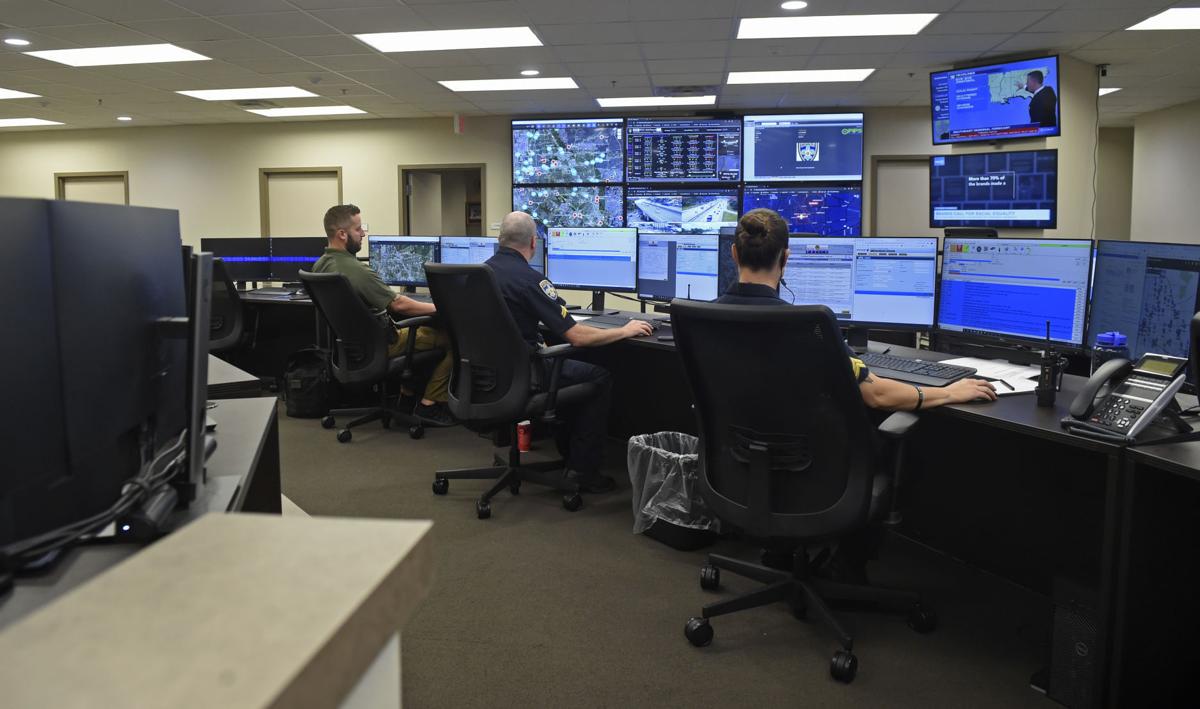 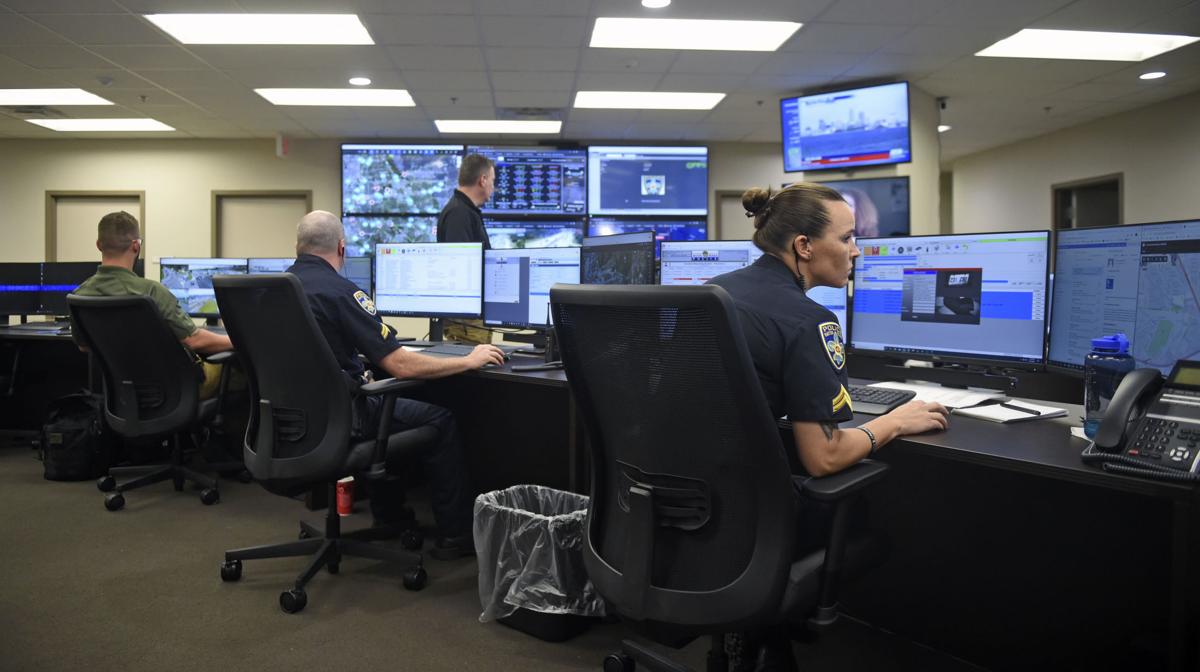 Live video monitoring can be seen as officers work in the department's new 'Real Time Crime Center', or RTCC, before the start of a press conference to discuss police reform measures, Tuesday, June 9, 2020, at Baton Rouge Police Headquarters in Baton Rouge, La.

An officer works in the department's new 'Real Time Crime Center', or RTCC, before the start of a press conference to discuss police reform measures, Tuesday, June 9, 2020, at Baton Rouge Police Headquarters in Baton Rouge, La.

Baton Rouge's police chief backs the blue, but he also warns his five sons — young black boys growing up in America — to tread carefully in their own interactions with law enforcement.

Paul said one of his teenage sons just started driving: "And I had that conversation with him. Don't play loud music, don't wear a do-rag. Always wear a shirt when you're driving. Anytime you talk to a police officer, address them as sir.

BRPD chief says he 'gets' George Floyd protests as a dad to black sons: 'I've had the experience'

"But I'm also that guy who stands side by side with some of the finest men and women who wear this uniform — true public servants."

Paul highlighted reforms his administration has implemented over the past two years, changes prompted by the 2016 fatal police shooting of Alton Sterling and subsequent shootings by a lone gunman who killed three law enforcement officers and injured three others. Those tragic events threw Baton Rouge into its own crisis of policing and prompted leaders to confront serious questions about what a modern police force should look like.

The reforms emphasize officer accountability and discourage excessive force — the goal being to preserve "the sanctity of human life," Paul said. A series of changes to the department's use-of-force policy implemented in 2017 include banning chokeholds or strangleholds except in emergency circumstances and requiring officers to intervene if a colleague is using excessive force.

The department has also revamped its internal affairs process, including an early intervention program to monitor officers' performance once their behavior has raised concern.

BRPD leaders said they believe such changes are responsible for the peaceful protests that have unfolded over the past several days in Baton Rouge even as other cities have been rocked with widespread vandalism and violent clashes between protesters and law enforcement.

"I get what's going on in the country," Paul said during the press conference. "I have the life experience as a black boy and black man. Yes, I've been racially profiled. I've been the victim of police misconduct and police brutality growing up in New Orleans."

He said he shares the public's outrage over Floyd's death and described the video, which shows an officer kneeling on the man's neck for almost nine minutes while he pleads for air, as "shocking to the conscience."

Paul was appointed chief in 2017 by Mayor-President Sharon Weston Broome, who campaigned on a promise of police reform. A few months after taking office, he fired the officer responsible for Sterling's death, Blane Salamoni.

Paul later apologized to communities of color in Baton Rouge for past policing practices and slammed his predecessors, calling Salamoni someone "who should have never, ever worn this uniform. Period." That decision did not win the chief support from the Baton Rouge police union, which defended Salamoni and accused Paul of character assassination.

Broome herself criticized the union on Monday, saying she believes the organization has thwarted efforts to hold officers accountable when their behavior indicates they're not fit to serve. She called the union "an obstruction to weeding out the bad cops."

Paul did not directly echo the mayor's remarks when asked about them Tuesday, though he did reference "some cultural issues" in the union's past. He said he hopes to continue strengthening his administration's relationship with union leaders in the future and values their role.

Blust refuted the mayor's criticism and emphasized that the union has been supportive of recent efforts to reform the department. He said union leadership stands with protesters nationwide because the officers responsible for Floyd's death "gave every good cop across the country a bad name."

"It's gonna take a long time to come back from that," Blust said. "But we are going to fight hard to win back support in our community. We want everybody to know we're here to protect them."

Cities across the country — most notably Minneapolis — are now considering massive overhauls to the existing law enforcement structure. A majority of Minneapolis city council members have pledged to dismantle their police force and restructure public safety.

Leaders elsewhere are considering cutting law enforcement funding and diverting money to other social services such as mental health, housing and addiction programs that could help people avoid committing minor crimes which land them in police custody. However, Broome said Monday she does not plan to defund the Baton Rouge Police Department, noting the massive sacrifice from officers who choose to put their lives on the line. She said the answer still lies in consistent and widespread reform.

The East Baton Rouge Sheriff's Office also released information Tuesday afternoon about its own recent and upcoming policy changes, including banning chokeholds and closely regulating use of force.

"Growth and improvement must be an ongoing process," Sheriff Sid Gautreaux said in a statement. "I pray that as a community and as a nation we will continue to come together and listen to each other with compassion."

Jim Henderson, University of Louisiana System president, says he’s looking past the fires of evident racism burning on some system campuses an…