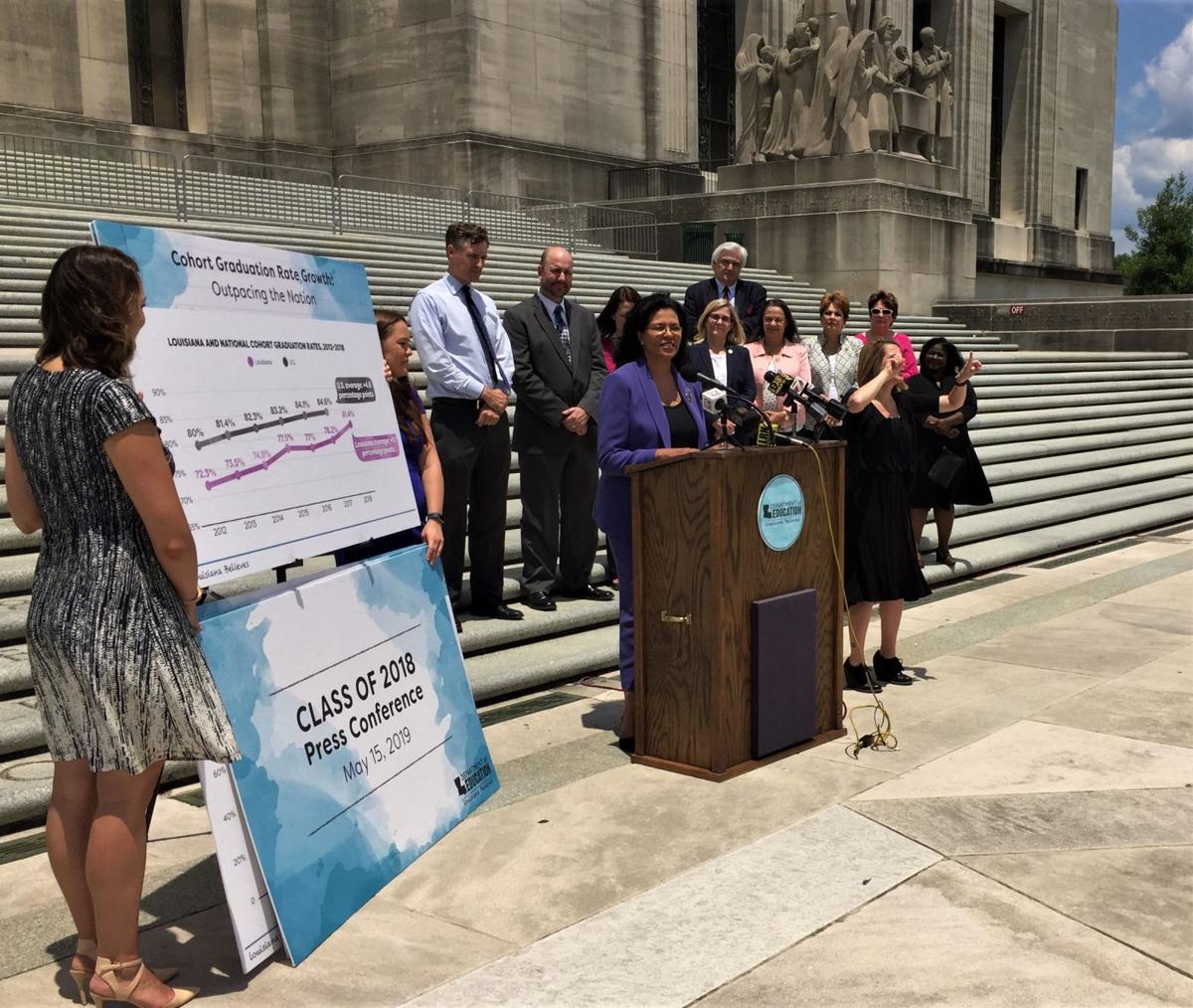 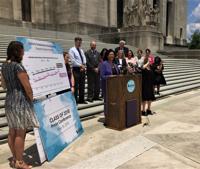 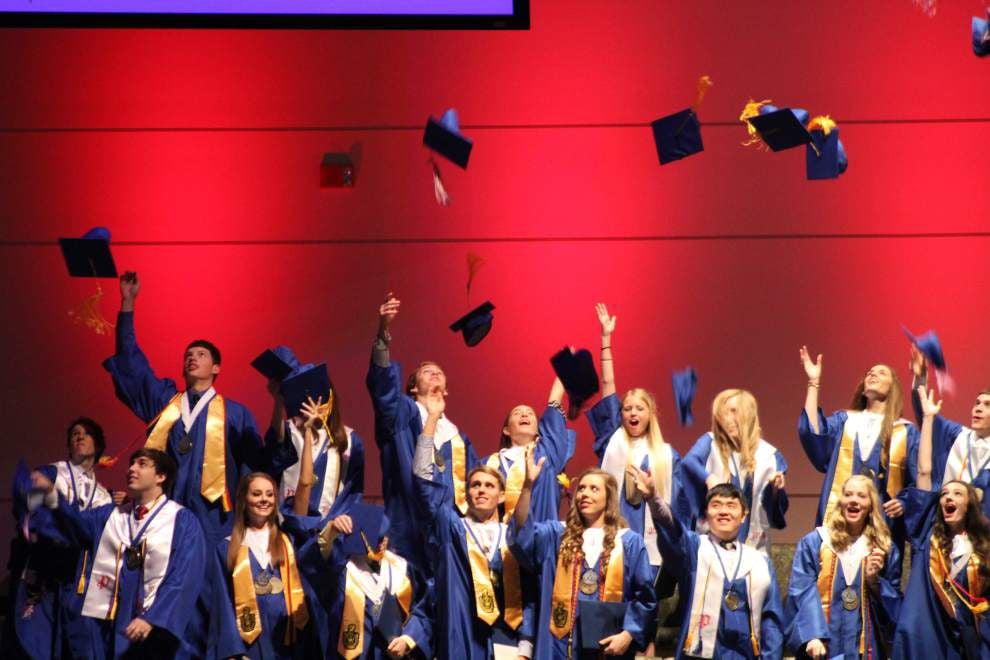 While still low by national standards – 84.6% last year – the latest figures mean the state finally reached a target spelled out in a 2009 state law.

That measure, sponsored by then state Sen. Ben Nevers, D-Bogalusa and then state Rep. John Bel Edwards, said the graduation rate should reach 80 percent starting with the Class of 2014.

However, there was no enforcement mechanism spelled out in the legislation, and class after class continued to miss the target for a wide range of reasons, including decades of low public school achievement.

The announcement, which is typically done with a press release from the state Department of Education, was made on the south steps of the State Capitol.

It included state Superintendent of Education John White, Commissioner of Higher Education Kim Hunter Reed, four members of the state Board of Elementary and Secondary Education, state Board of Regents Chairman Marty Chabert and a handful of state lawmakers.

"Today is a banner day and I am delighted to be a part of it," Reed said.

Said White, "The positive results announced today reflect many years of relentless focus in our schools, and more progress is on the horizon."

In a telephone interview, Nevers praised the announcement.

"It has been a long time coming," he said. "That is a huge accomplishment."

Also, the graduation rate for black students in the state exceeded the national average for the first time – over 78% compared to 77.8% percent in the 2017  national figures.

The state rate for black students last year was 72.9%.

Officials said students earning a college or career credential rose from 47.5% percent last year to 50.4% in 2018.

That includes students who earn college-level coursework or industry-based credentials.

"It is not enough in today's world to simply earn a high school diploma," White said.

Officials also said the number of students who qualify for TOPS – Taylor Opportunity Program for Students – totals 21,280 students, up 31% since 2012.

TOPS pays for most college tuition for students who qualify.

"There are a lot of people behind those percentages," said Holly Boffy, a member of BESE who lives in Youngsville.

The state's current target is for Louisiana to graduate 90 percent of its public high school graduates in four years by 2025.

State soon to have idea if 80% grad rate will work

Even though it is three years away, state educators will know by November whether Louisiana’s public high school graduation rate will reach a …