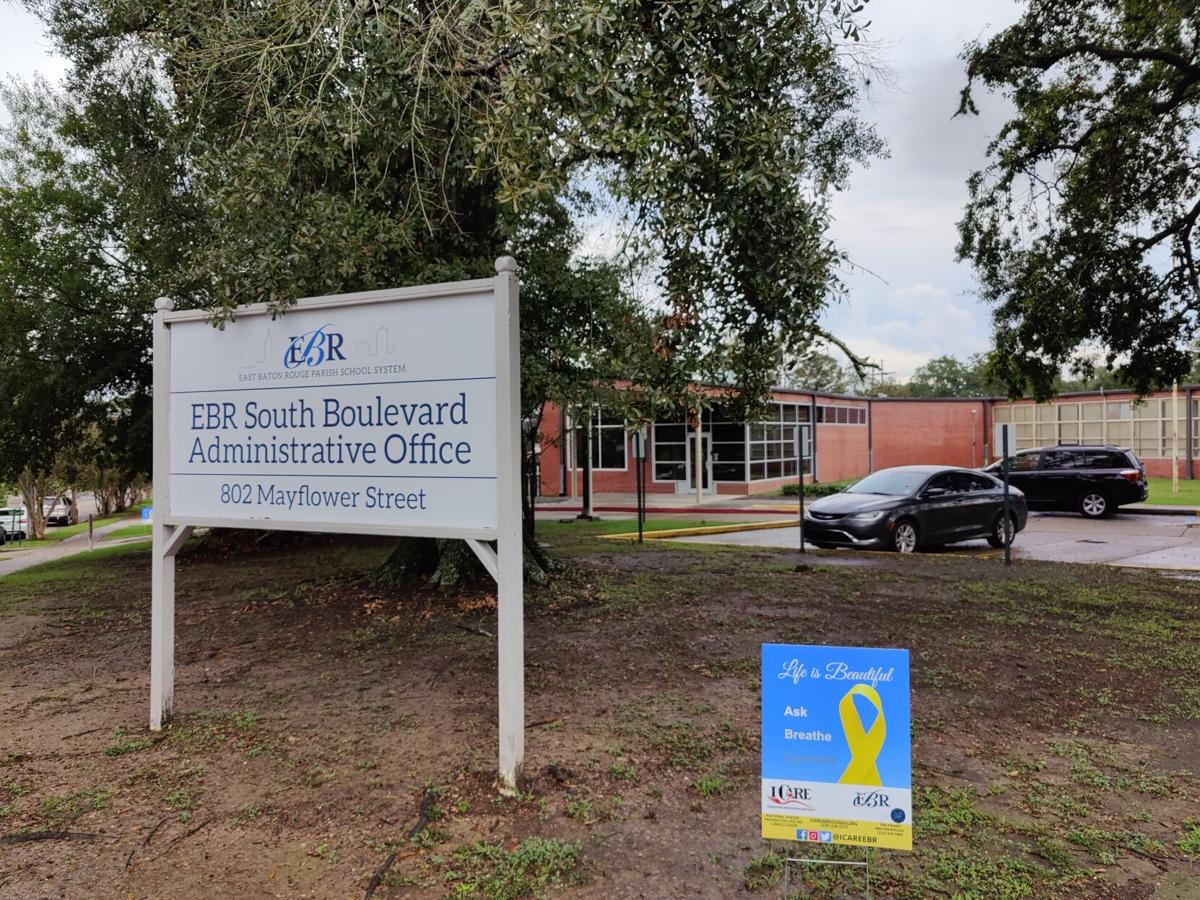 This school administrative site, located at 802 Mayflower St., is the home of EBR Virtual Academy, the online school for students in the East Baton Rouge Parish school system. The site was formerly South Boulevard elementary school and is on the edge of downtown Baton Rouge. 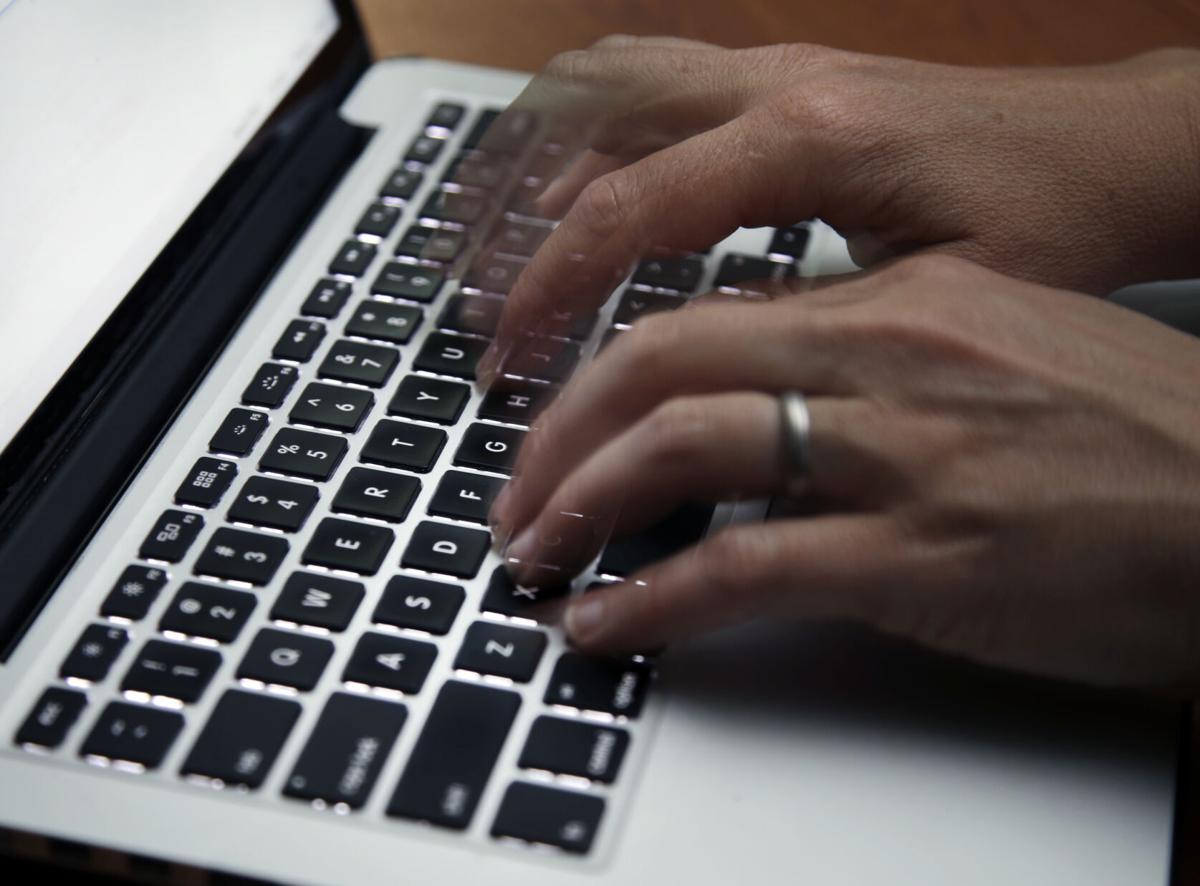 This school administrative site, located at 802 Mayflower St., is the home of EBR Virtual Academy, the online school for students in the East Baton Rouge Parish school system. The site was formerly South Boulevard elementary school and is on the edge of downtown Baton Rouge.

Friday was the first day of school for Karen Cashio’s grandson Riley.

Everyone else in Baton Rouge public schools, though, had been in school since early-to-mid August.

“He was stoked,” the grandmother said. “He was really happy.”

Riley is one of the more than 1,300 children who transferred this year to the EBR Virtual Academy, the lone home for online instruction this year for the East Baton Rouge Parish school system. It’s a school that grew dramatically in size right before the school year started on Aug. 11.

It has yet to catch up.

Getting someone, anyone, on the phone at EBR Virtual Academy has been an ongoing aggravation for Cashio.

“If they’d answer the phone and said, ‘We don’t know,’ that would be something,” Cashio said.

Finally on Thursday, unable to obtain the correct information to log in to classes, Cashio emailed Superintendent Sito Narcisse and three other top administrators. She threatened to go public with her story. One administrator called her back and quickly got her son set up.

“It was solved within two hours of me sending that email,” Cashio said. “That is ridiculous. He has not been in school until now.”

The COVID surge has some parents considering virtual school. But is the system ready for them?

While on a beach trip in Florida last month, Jenn Oster was following the news back home with increasing alarm.

While it appears that Riley took longer to get into virtual school than his peers, they, in many cases, have not been in school that much longer.

Hundreds of children at EBR Virtual Academy, especially in the upper grades, received little to no instruction during the 13 days school was in session in August before Hurricane Ida shut everything down.Since school reopened on Sept. 8, post-Ida, the situation has improved, but problems persist.

Parents still complain about difficulty logging in to classes, obtaining Chromebooks, getting someone on phone or email. Meanwhile, several classes still lack a permanent teacher.

Diyaneka Scott’s daughter Ma’Kayla transferred this year to the EBR Virtual Academy from a school in St. Charles Parish, and it’s still not going well.

“We don't even follow her schedule anymore as far as waking up early in the morning since she hasn't had a working Zoom class link in weeks,” Scott said.

Scott said has a newborn child who is unvaccinated for COVID-19, which prompted her decision to have Ma’Kayla learn virtually this year. But the mother has been disappointed so far with EBR Virtual Academy.

“I am frustrated that there seems to be no order and little to no preparation. It gives off a feeling like the academy is winging it, and there’s no plan in place,” Scott said “I've reached out for an update, no response. I am in the blind and I'm afraid for my daughter’s learning and that she won't be able to catch up by the time this madness is sorted out.”

Sharon Williams, chief of schools for the East Baton Rouge Parish school system, said that communications and staffing continue to pose problems for the virtual school.

As far as the communication shortfalls, she said the school’s location is partially to blame. The school is housed at 802 Mayflower St., formerly South Boulevard elementary school, located on the edge of downtown Baton Rouge.

Williams said the old school had not been able to handle the flood of incoming phone calls until recently. She said the school now has a phone tree, so calls roll over to other lines, as well as additional phone numbers people can call. Also certain staff are receiving additional phones to field calls, and more staff is being added.

For families with tech issues, the virtual school is planning to start an after-hours phone line on Oct. 11 if it can get enough employees to staff it, she said.

As far as staffing problems, Williams said that the district as a whole is understaffed and that the virtual school is feeling that most acutely given the steep rise in enrollment there sparked by the concern over the delta variant.

“It definitely took us by surprise,” Williams said. “We thought our environment with COVID would be in a better space going into the school year.”

The EBR Virtual Academy is actually two schools in one.

In July, the school system added EBR Virtual Academy to Proximity’s caseload, and it is the only school where the company is covering the vast majority of classes.

Williams would not blame Proximity for the problems at the virtual school, saying the company has been a “very open and a very communicative partner.”

Enrollment soars as quality suffers in Baton Rouge virtual academy: 'it has been a learning curve'

At a Sept. 16 School Board meeting, district officials acknowledged many problems at EBR Virtual Academy and said they were hopeful to fill vacancies by the following Friday, Sept. 24. Some jobs — it’s unclear how many — remain unfilled.

On Sept. 22, Proximity reported still having 36 vacancies out of 83 teaching positions at the virtual school. On Friday, the school system had nine vacancies posted.

“We’re both looking,” Williams said, “we’re both recruiting and hiring as we find qualified candidates.”

That can’t happen soon enough for Jennifer Harding. Her son, Atticus, who is in sixth grade, didn’t start receiving live instruction until about two weeks ago.

“In the classes where he is getting instruction, they are doing a pretty good job, especially given the disruption of new students rolling onto the rolls,” Harding said.

Those newly arriving students, though, have slowed down classes, she said, and forced the teachers to spend time orienting those students and teaching items again and again.

Another sore spot is math, which she said is Atticus’ weakest subject. The boy has not had a math teacher all year, and many days not even a substitute teacher. Instead, students are supposed to work math problems on their own without the help of an instructor.

She said she plans to send her son back to Glasgow Middle, but worries about how far behind he’ll be.

“He’s at a significant disadvantage at this point,” Harding said.

'I hope it helps'

For years, the boy has had difficulty reading and writing and has long struggled in school. But he thrived last year when he learned remotely while still at Woodlawn Middle.

“He was excited about school for the first time ever,” she said. “He improved in his schoolwork and as a person.”

She said in some ways she wishes Woodlawn Middle would have continued what it did last year.

“He knows his teachers, and (the school) is right around the corner,” she said. “It’s not something I have to go downtown to get to.”

At the same time, Cashio remains hopeful that the virtual academy will right itself.

She said that after Riley was able to get into virtual class on Friday, he pumped his fist in the air in excitement.

She said she’s speaking out so other families won’t have to lose as much time in school as Riley did: “I hope it helps whoever is out there and lost and can’t get through to someone.”

After teacher with criminal past hired, Baton Rouge school leaders apologize to parents

In a private meeting with upset parents, East Baton Rouge Parish school leaders admitted to screwing up when for about two weeks they placed a…