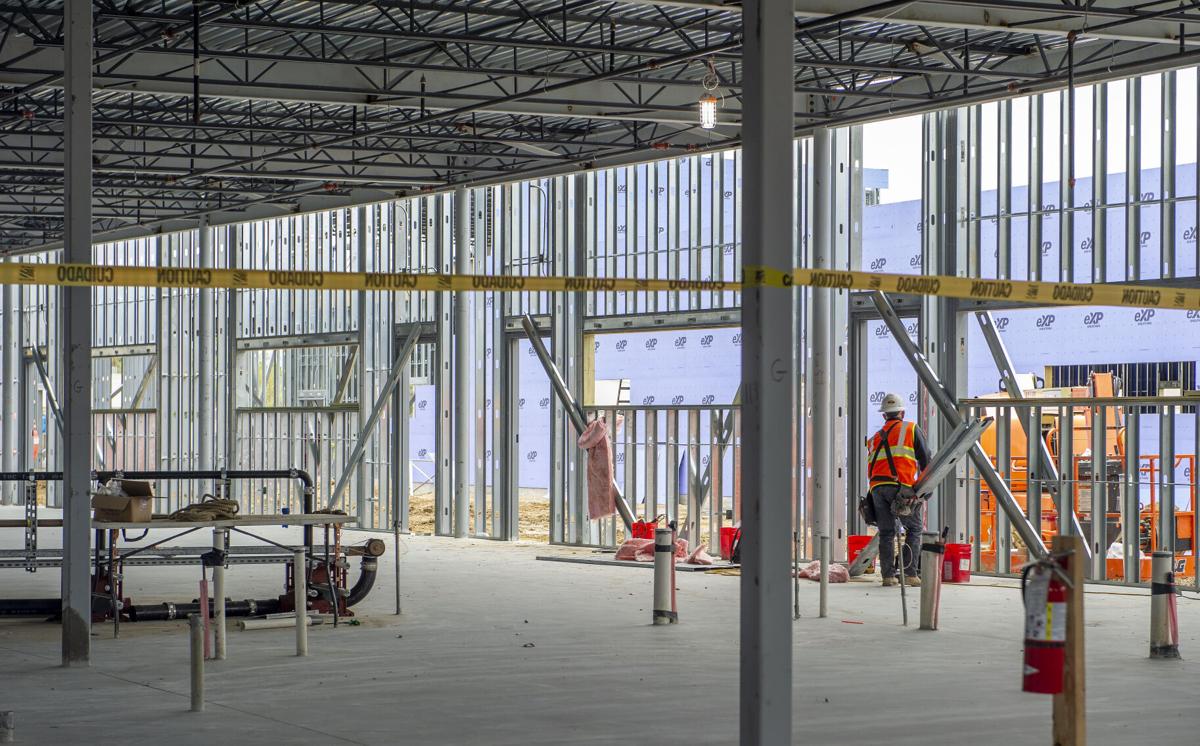 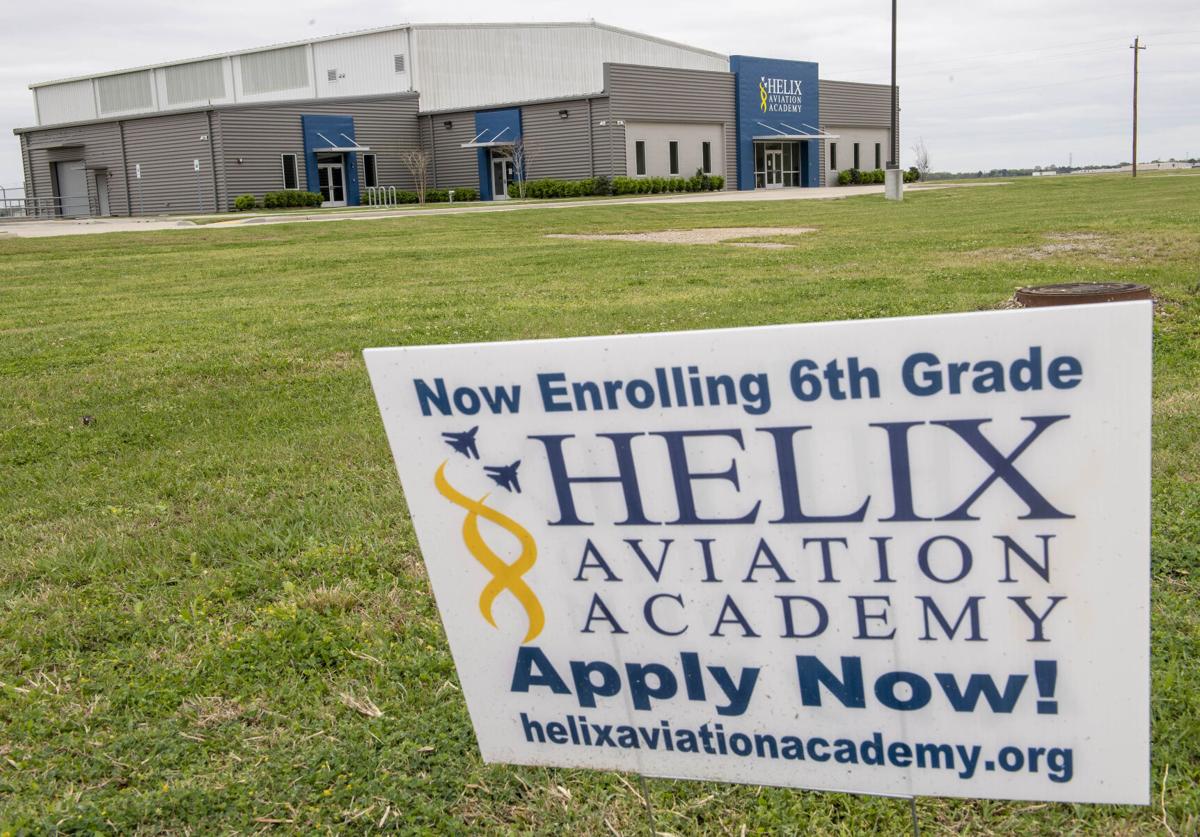 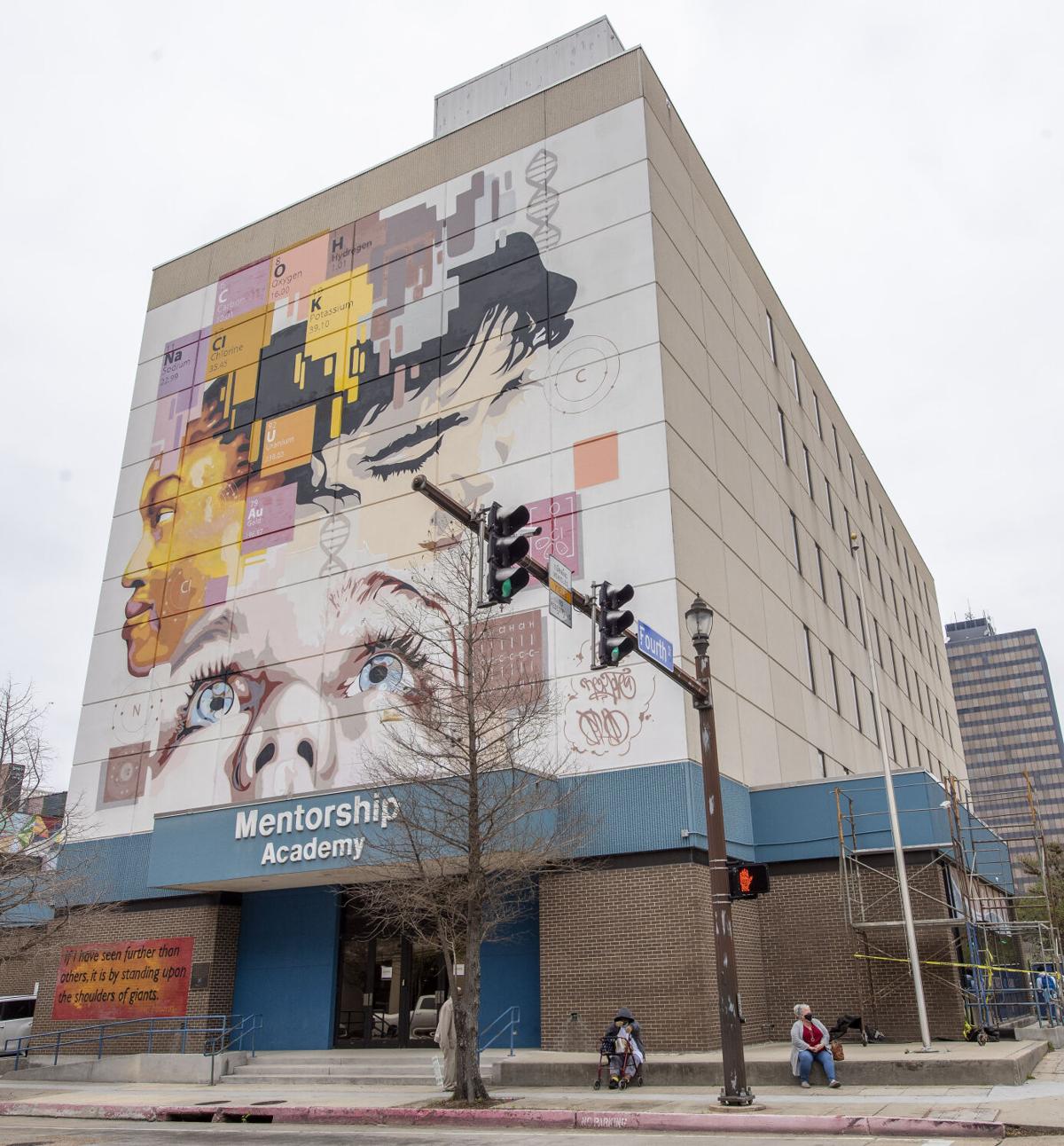 Helix Legal Academy at 339 Florida Street Friday March 19, 2021, in Baton Rouge, La. This new middle school, which is starting with just sixth grade, will occupy the sixth floor of this former bank building with its sister school, Mentorship Academy, which has been here since 2010. In all, four new charter schools are opening up in the Capital City this fall for the 2021-21 school year: 1-BASIS Mid-City School at 7921 Florida Blvd 2-Helix Aviation Academy at 4400 Airpark Blvd 3-Helix Legal Academy at 339 Florida Street 4-IDEA University Prep at 7701 Plank Road 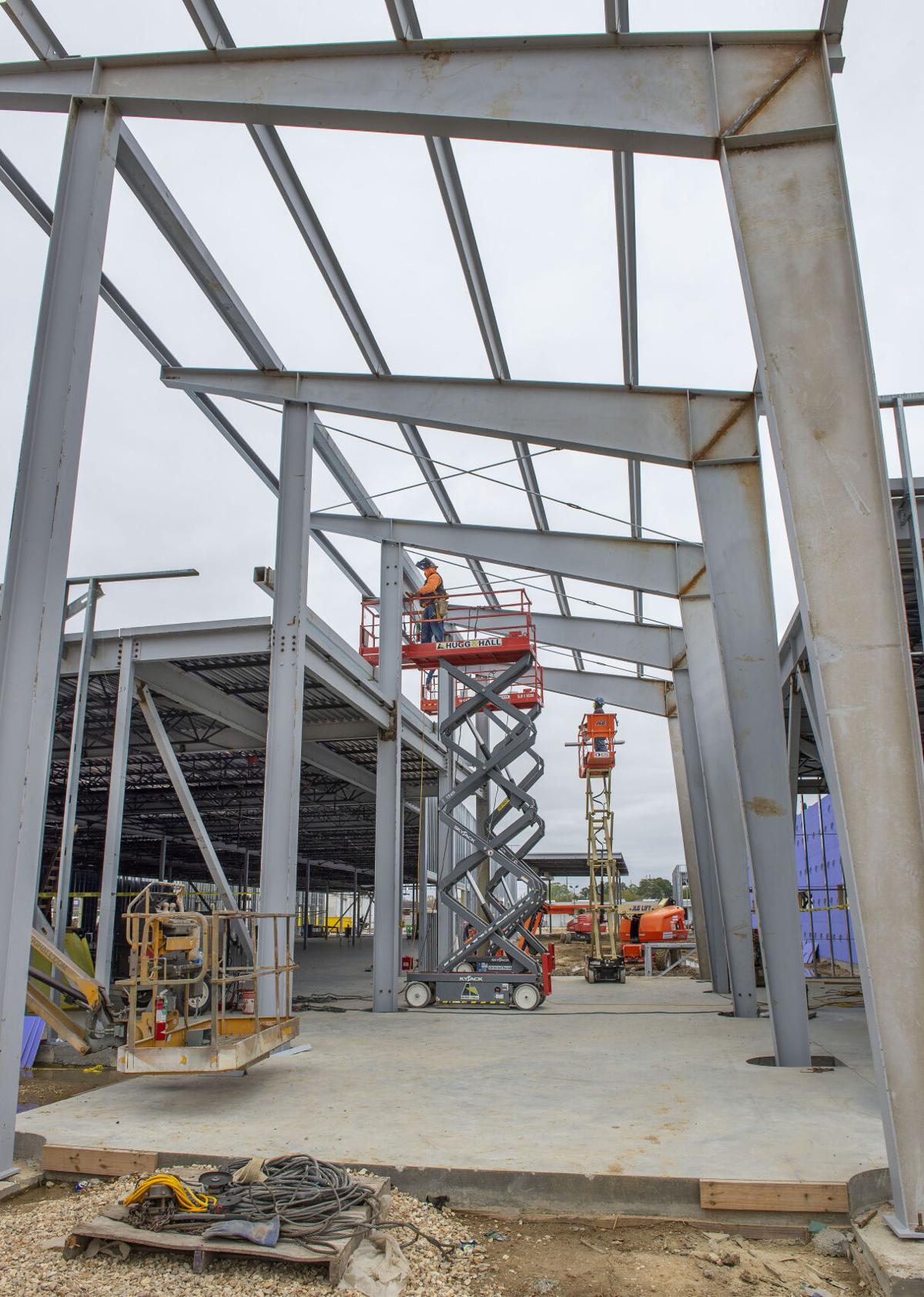 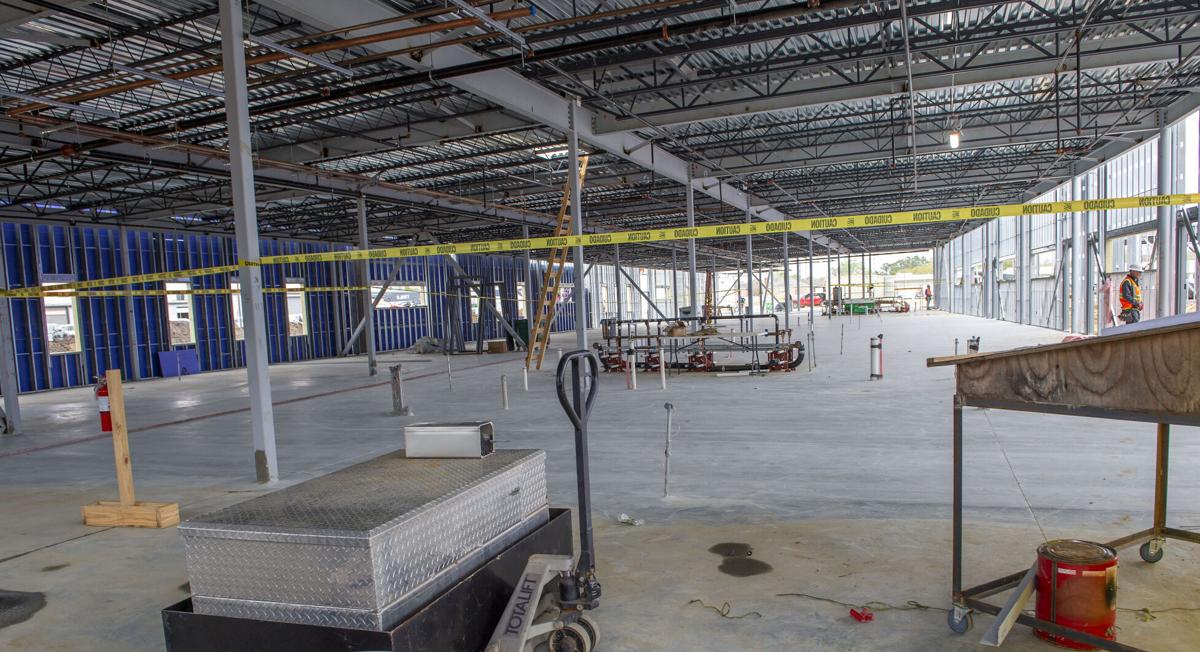 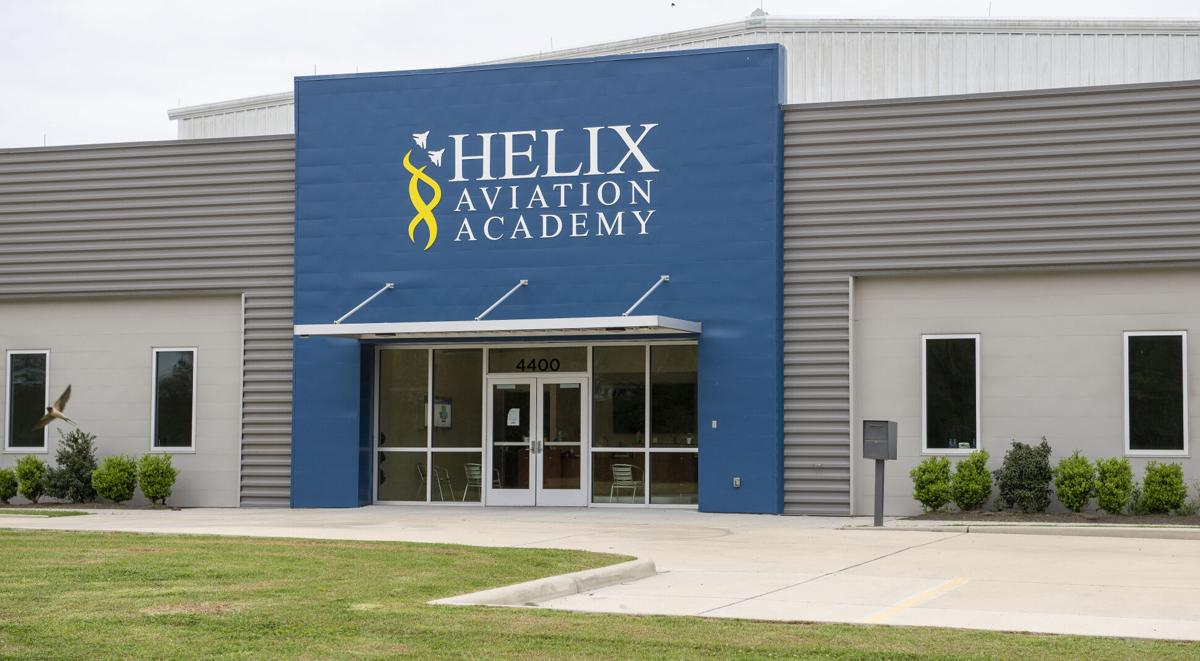 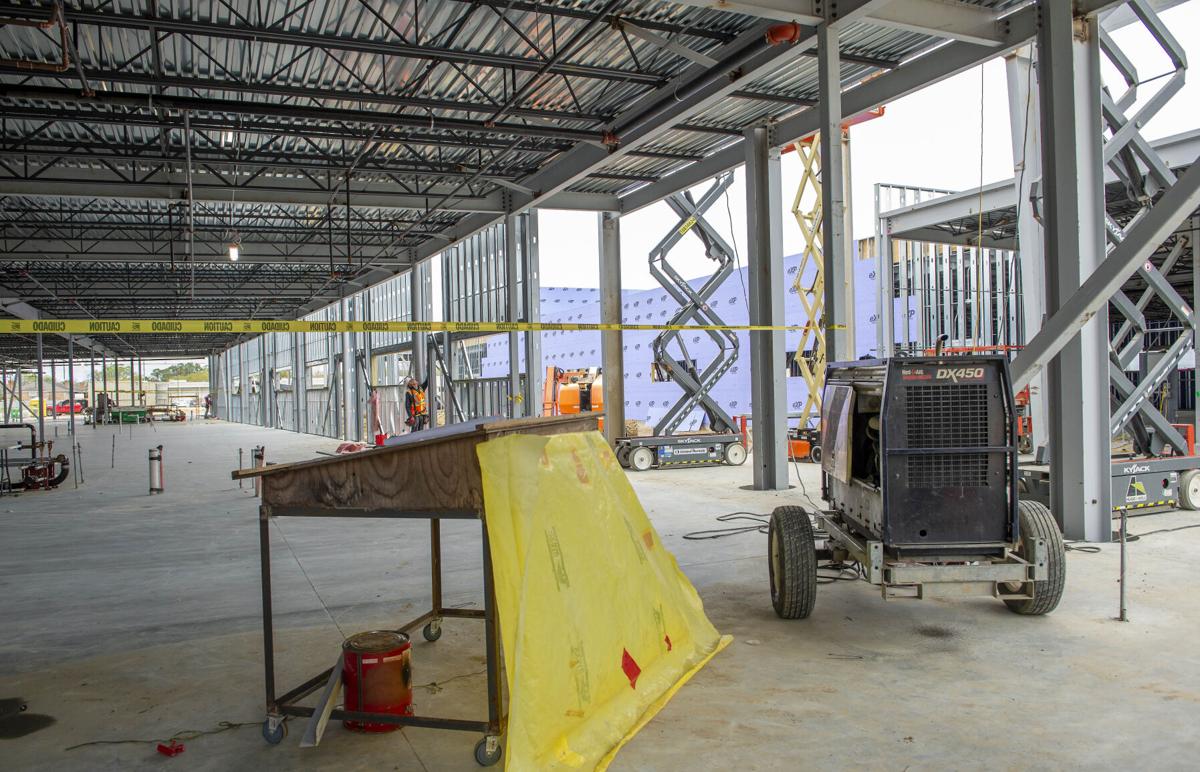 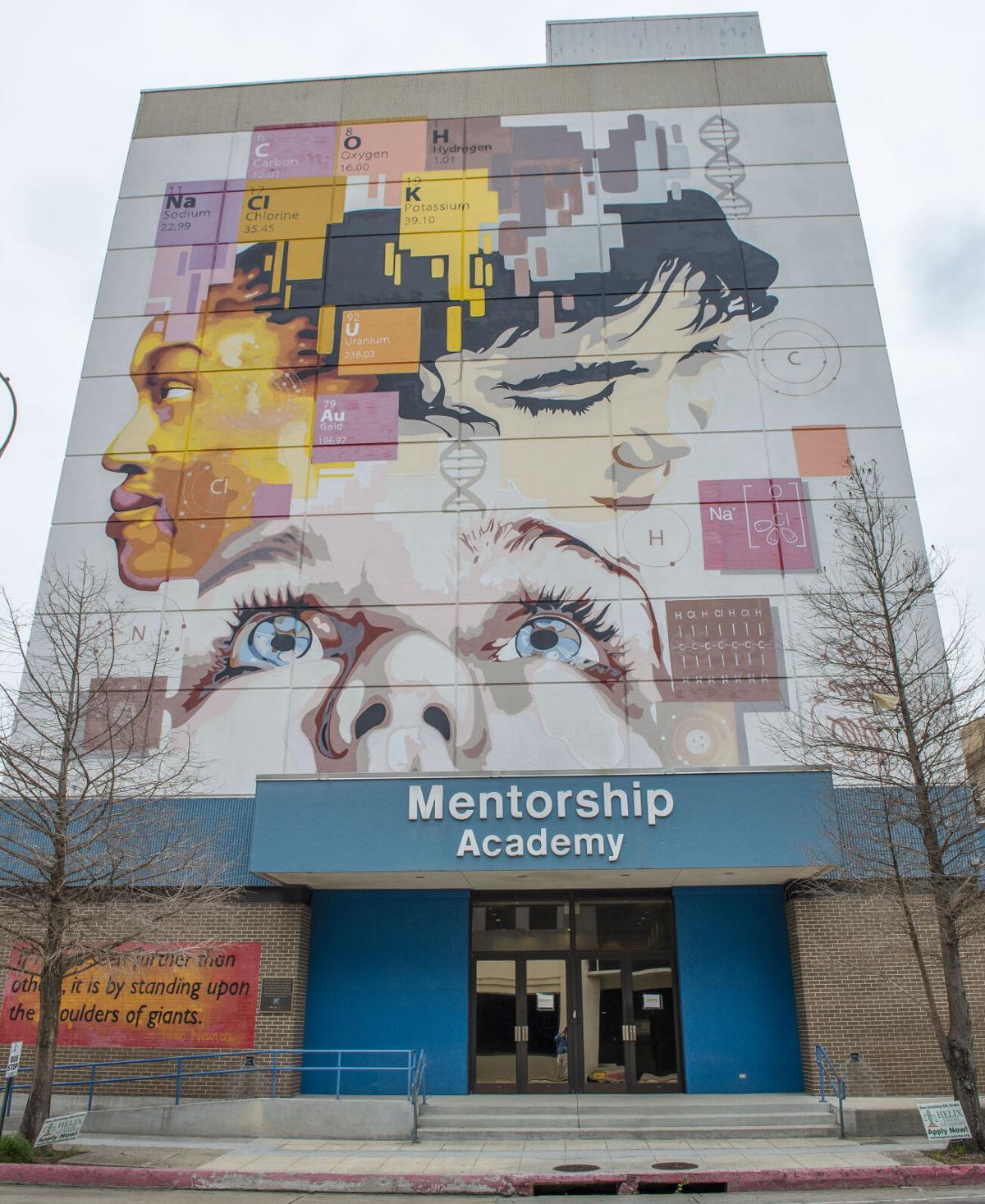 The charter school bought the building at 339 Florida St. from RM Mentorship Academy LA LLC of New York in a deal that was filed Wednesday morning with the East Baton Rouge Clerk of Court’s office. 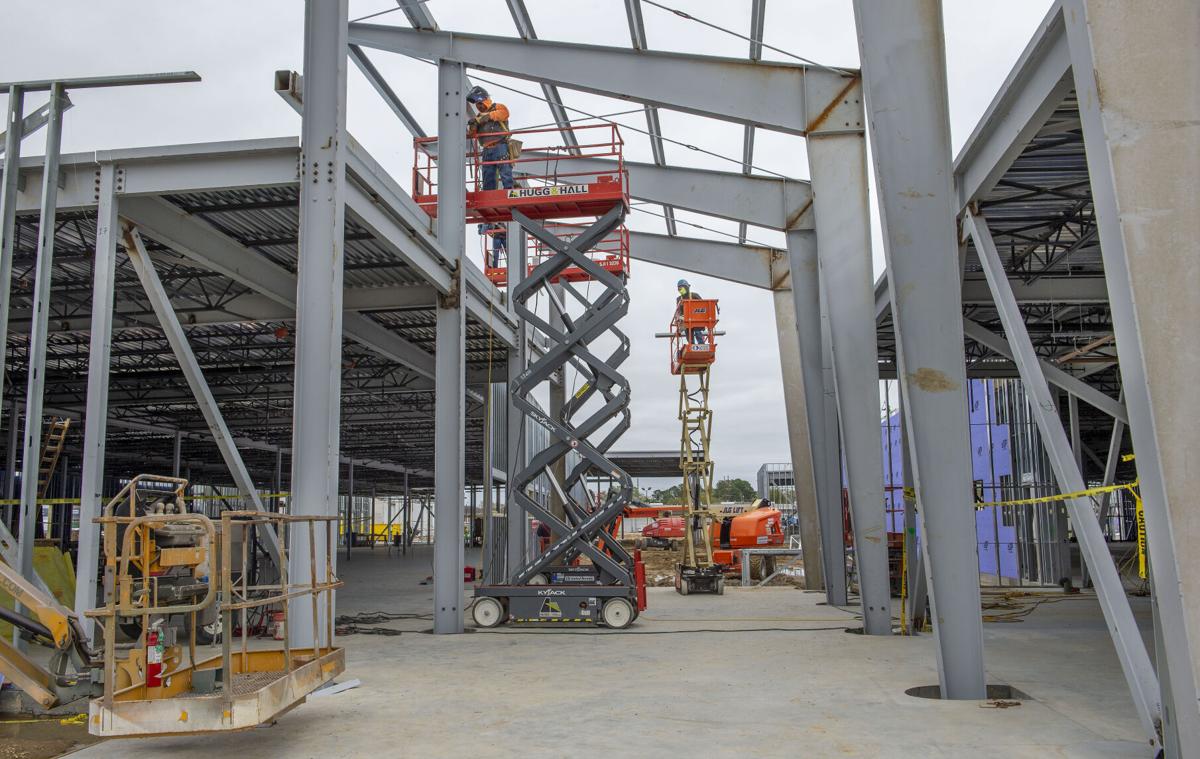 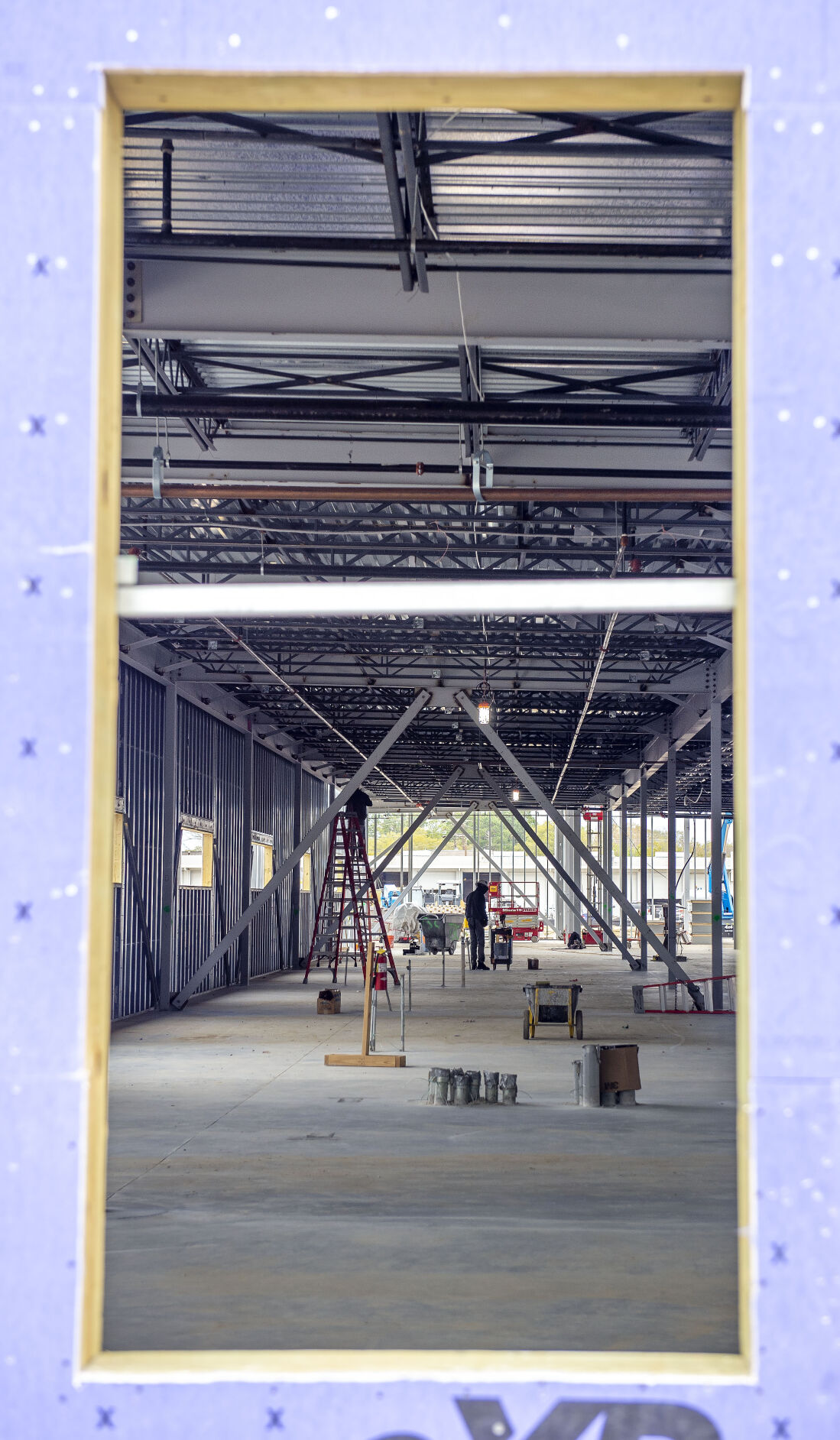 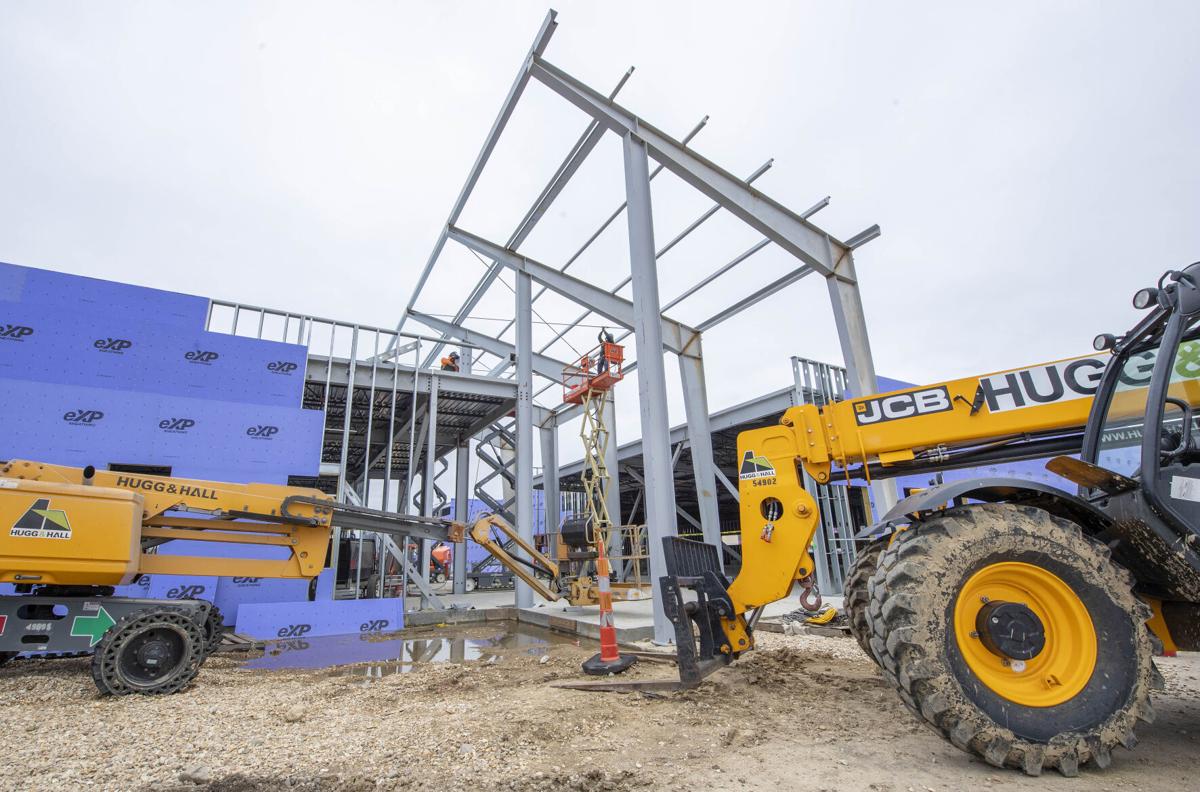 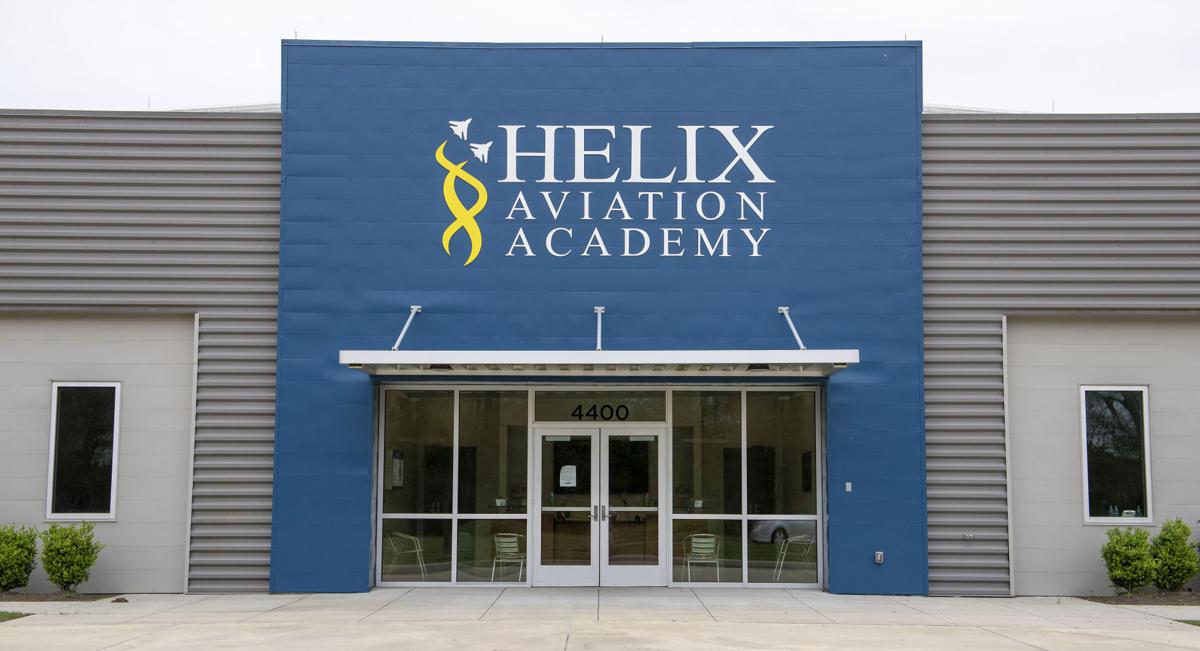 Helix Legal Academy at 339 Florida Street Friday March 19, 2021, in Baton Rouge, La. This new middle school, which is starting with just sixth grade, will occupy the sixth floor of this former bank building with its sister school, Mentorship Academy, which has been here since 2010. In all, four new charter schools are opening up in the Capital City this fall for the 2021-21 school year: 1-BASIS Mid-City School at 7921 Florida Blvd 2-Helix Aviation Academy at 4400 Airpark Blvd 3-Helix Legal Academy at 339 Florida Street 4-IDEA University Prep at 7701 Plank Road

The charter school bought the building at 339 Florida St. from RM Mentorship Academy LA LLC of New York in a deal that was filed Wednesday morning with the East Baton Rouge Clerk of Court’s office.

After slowing down during the coronavirus pandemic, the charter school movement in Baton Rouge will resume its prior fast growth this fall when four new charter schools open their doors for students.

They include schools focusing on aviation and the legal profession. Both are ambitious new offerings from the people behind Mentorship Academy, a high school that has operated in downtown Baton Rouge for the past decade.

The other two new schools stress early preparation for college. They are led by BASIS and IDEA, two prominent out-of-state charter school networks that have quickly become big players in Baton Rouge since arriving in 2018.

East Baton Rouge Parish school leaders feared the coronavirus pandemic could produce a budget crisis, but it turns out the district is actuall…

These schools hope to educate about 800 students overall when the 2021-22 school year starts in August. But they have plans to grow much larger. At capacity, they hope to enroll 4,000 to 5,000 students from kindergarten to 12th grade. That expansion will bring with it tens of millions of dollars in educational funding.

Their growth, which will come primarily by drawing students from other East Baton Rouge Parish public schools, will put ever greater strains on local school finances. The district has been steadily losing students to charter schools for years. It sent $91.2 million to charter school in 2019-20, up almost $10 million from the year before.

BASIS and IDEA will operate their new schools out of new buildings that are currently under construction.

The new BASIS school, called BASIS Mid City, is a $9 million facility that is located on an old car dealership on Florida Boulevard west of Cortana Mall.

The new IDEA school, called IDEA University Prep, is a $17 million project developing vacant land on Plank Road, just south of the Metro Airport. As part of the expansion, IDEA has taken over the operations of an existing elementary school, Baton Rouge University Prep, but is expanding over time all the way to 12th grade.

The new aviation school, called Helix Aviation Academy, will operate out of a retrofitted hangar/office building that sits on about 25 acres leased from the Baton Rouge Metro Airport. And the new legal school, called Helix Legal Academy, will serve as a feeder school to the Mentorship Academy, occupying the top floor of the bank building where Mentorship has leased space since it opened in 2010. The legal school, though, plans to move out into its own space in about two years.

Charter schools have been a flashpoint in local education debates for years, pitting supporters who say that parents need better educational options against critics who say the new schools come at the expense of traditional public schools.

The coronavirus pandemic temporarily superseded that debate. It also put a chill on the expansion plans of local charter schools.

One small charter opened last August, while another closed. Locally, charter schools added about 400 students overall this past year, half of their expansion the year before.

The aviation and legal schools had planned to open last August. But when the virus prompted schools across Louisiana to close, their parent organization, Helix Network of Educational Choices, decided to wait a year.

“We just simply had no idea whether schools would return in the fall and what it would be like when they did,” explained Preston Castile, Helix’s president. Castille is an attorney in Baton Rouge and a member of the Louisiana Board of Elementary and Secondary Education.

At a webinar last week organized by the Baton Rouge Area Chamber, Narcisse made clear he is avoiding continued fights over charter schools. Rather, he’s looking for ways the two can work together.

"We’re moving away from this 'us against them' space,” Narcisse said.

At the same time, Narcisse, however, said he will not give charters a free pass, saying he will exercise "quality control so that we are moving in the same direction."

The new schools opening this fall are sketching out different corners of the local school market.

Helix Legal Academy, which later plans to add seventh and eighth grades, grew out of a partnership that Mentorship has with Southern University’s law school. The law program is in addition to Mentorship’s historic focus on science, technology, art, engineering, art and technology, or STEAM.

Castille, himself an adjunct law professor at Southern for the past 18 years, said the new school, like the high school, will use its proximity to legal and government institutions.

“We see downtown as the school’s playground,” he said.

The new school “will excite their interest in the real world and make their learning that much more meaningful,” Castille said.

Helix Aviation Academy, which will eventually stretch from kindergarten to 12th grade, is unique. Students will have a chance from a young age to embark on an aviation career, ranging from mechanics to technicians to engineers and pilots.

“I wish both of those schools would have existed when I was a student,” Castille said.

The new BASIS and IDEA schools are the second and third schools in Baton Rouge, respectively, for these charter school networks.

Both networks have reputations for high academic performance, particularly at their high schools, several of which make annual national "best-of" school lists.

Both networks plan to grow those schools, as well as their new ones, all the way to 12th grade. And both are bringing in school leaders and teachers who already work in other schools in the network.

Rosalind Thompson will serve as the founding head of school for BASIS Mid City. She said this will be the fifth BASIS school she’s opened. She said having a corps of BASIS veterans there at the start is an important ingredient in the network’s success.

“It makes such a difference when you have veterans,” Thompson said, “because we have certain ways of doing things.”

An outside evaluator is urging the rejection of the three latest applicants seeking to open new charter schools in Baton Rouge, including two …