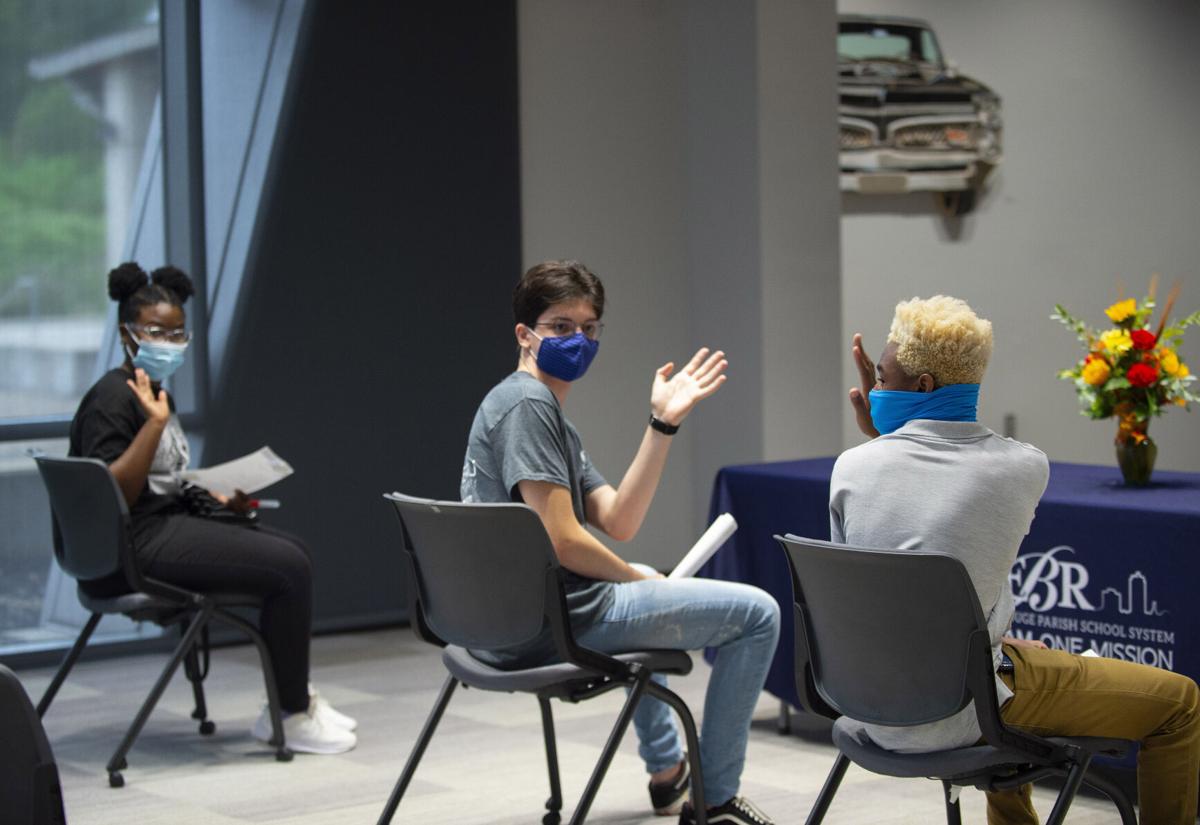 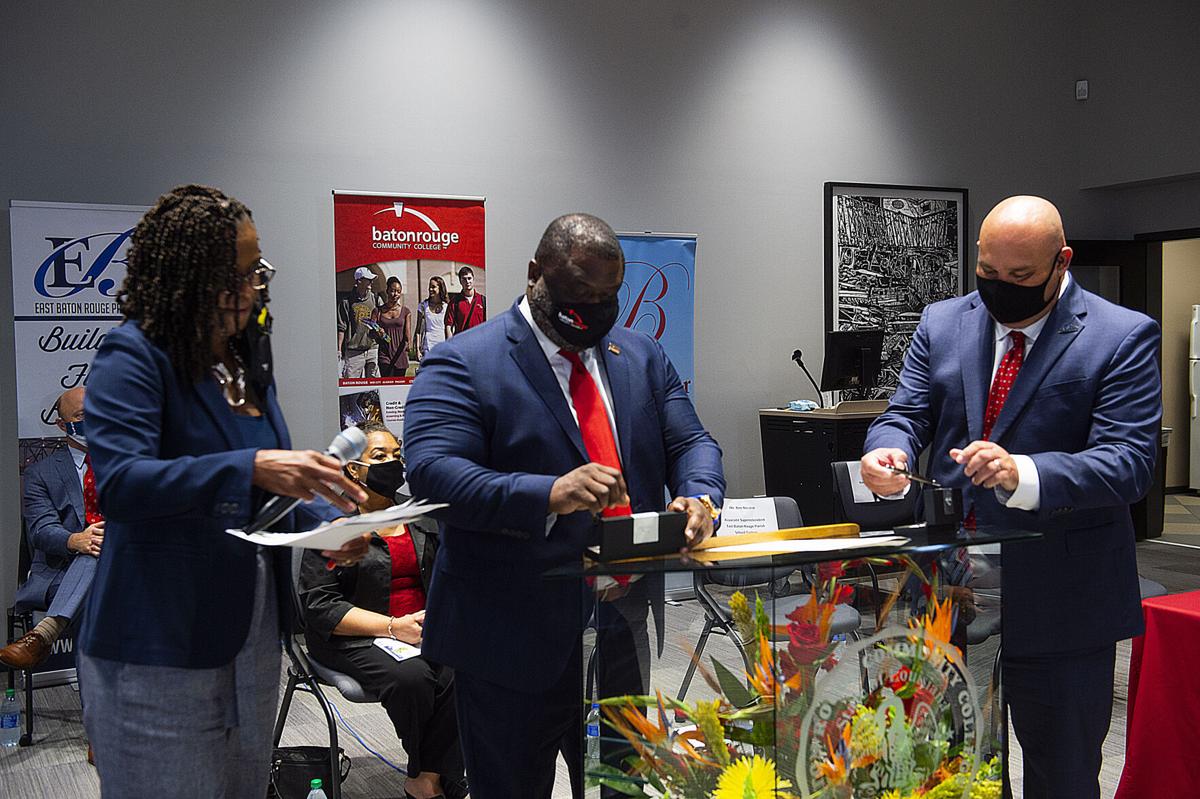 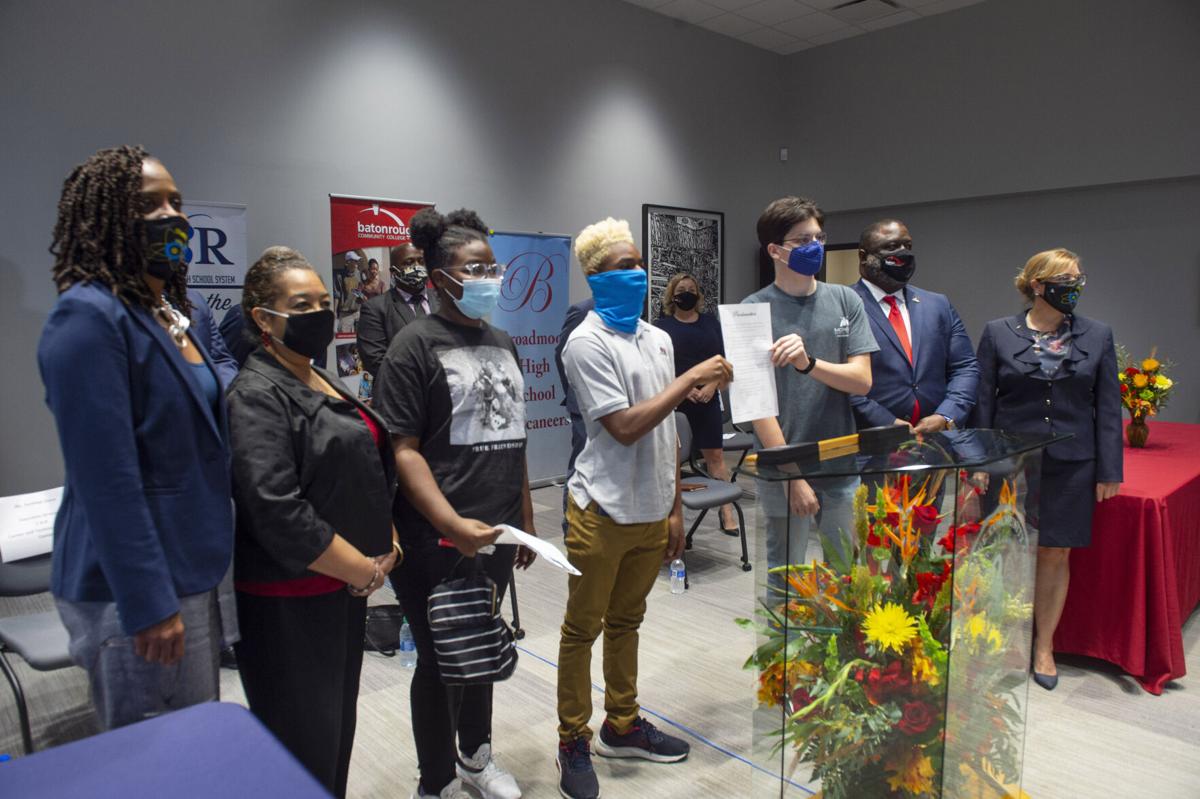 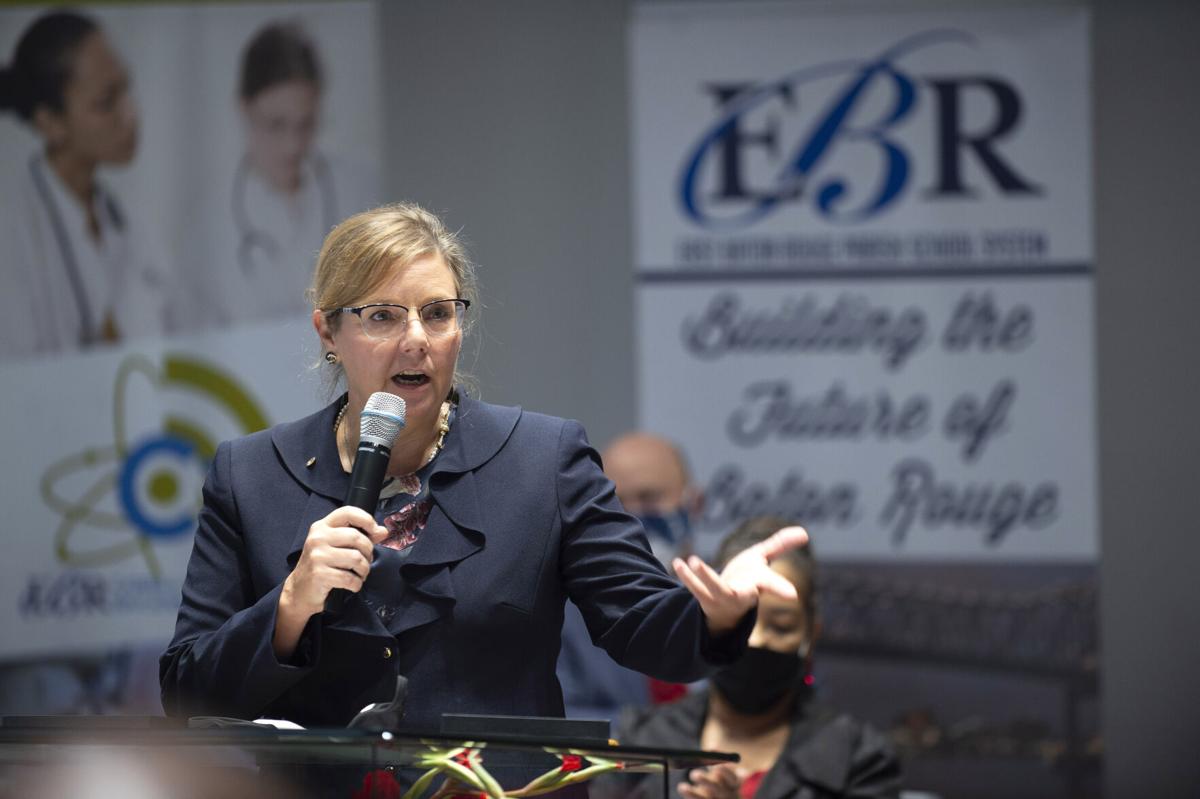 Four Baton Rouge teenagers recently started ninth grade at Broadmoor High, and at the same time they enrolled in college.

They are the first students in what promises to be a much larger program known as the Early College Academy. They have a chance to earn enough credit to earn an associate degree while still in high school.

Jahi Ayala learned about the computer skill of binary coding the other day and he’s eager to talk about it.

Unlike other early college programs that have popped up across Louisiana in recent years, this program is zeroing in on specific, high-demand, higher-paying job fields. Its goal is it to allow all those who complete the program to walk out of high school and walk right into a job.

Officials with Baton Rouge Community College and the East Baton Rouge Parish school system signed a memorandum of understanding for the new academy in early March. Then the coronavirus outbreak shut everything down.

On Tuesday, officials from the two educational institutions finally reconvened to sign a “proclamation” commemorating this new partnership. Three of the four ninth-graders, the academy’s first participants, were on hand to watch.

Willie Smith, chancellor of BRCC, said graduates of the program can make an immediate impact.

“Could you imagine — we’ll have 18-year-olds now paying taxes — what that will do for our community?” Smith asked

Associate Superintendent Ben Necaise, filling in for Superintendent Leslie Brown — who on Monday made a surprise decision to go on emergency medical leave — addressed the students directly.

“Congratulations for taking that plunge and being the first students to go through this amazing program,” Necaise said. “We can’t wait to see what you do."

The four students from Broadmoor High are pursuing associate’s degrees in either automotive and information technology. More high schools and more degree pathways are to come in the future.

So far this year, they’ve been taking their high school and college-level classes strictly online. On Monday, they are set to return to twice-a-week in-person instruction, taking their traditional classes at Broadmoor High and their field-specific college courses at the school system’s Career & Technical Education Center.

They are the first ninth-graders to attend EBR CTEC. There they will join 155 juniors and seniors from several local high schools.

Sha’Lisia Paul, 14, has been taking three IT courses online and is looking forward to switching to in-person instruction. She particularly remembers a hands-on lab from a school tour she took.

“They showed us drawings and different parts of the computer we could put together,” Paul said.

Marcus Turner, 14, saw a promotional sign for the program in the office when he was registering for school earlier this year and was immediately interested. He’d already been trying his hand at coding and is relishing all that he can still learn about computers.

“You can do so much with them,” he said.

Jamee Rochon, his mother, said she tries to help her children pursue their interests and Marcus has been computer-crazy for awhile now.

“He bought a high-speed gaming computer about a year or two ago and he’s been into computers ever since,” Rochon said.

John Spain, executive vice president of the Baton Rouge Area Foundation, traced the genesis of the program to 2008, when he and other civic leaders were trying to divine why so many teenagers were dropping out of high school.

“We found that they really didn’t have a lot of options,” Spain said. “They would take a state LEAP test, not do well, get frustrated, drop out.”

He heard that Noonan, Georgia, had come up with an answer. On a trip there, he saw that high school students could take classes in collaboration with the local community college and earn an associate degree in high-demand fields while still in high school.

That trip led eventually to the construction of BRCC’s Automotive Training Center, which opened in 2017, and EBR CTEC, which opened up next door the following year.

Adam Knapp, president and chief executive officer of the Baton Rouge Area Chamber, said IT and automotive are fields in Baton Rouge that are “aggressively seeking talent” even amid the pandemic. He said it’s “transformational” to be able to provide such training to high school students in a way that students can also earn an associate degree by senior year

“It’s a wave of the future,” Knapp said.

Smith challenged state leaders who were at Tuesday's ceremony to ensure that “every child that goes to high school in Louisiana has an opportunity for these types of programs.”

“This is an opportunity for Louisiana to lead, to be number 1, if we do it right,” he said.

Middle and high school students in Baton Rouge public schools will soon have new computer science and computational courses, thanks to a $1 mi…