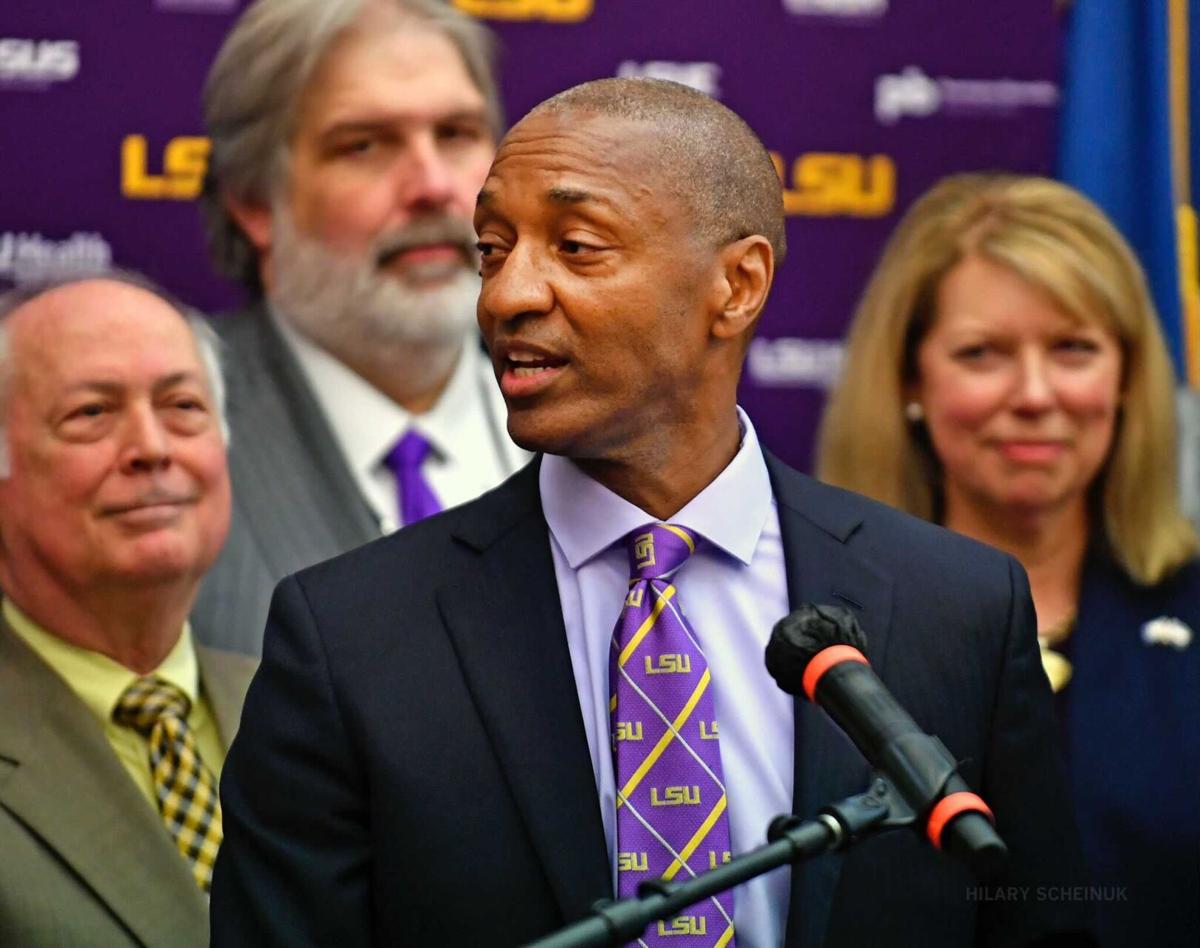 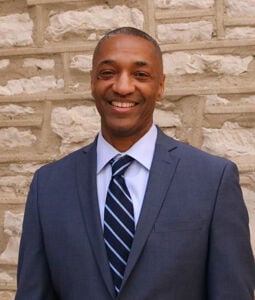 William F. Tate IV will be the first Black person to head LSU — the first to lead any Southeastern Conference college, for that matter — after a unanimous vote by the Board of Supervisors on Thursday.

The board spent much of the day interviewing the three finalists before debating for more than 90 minutes behind closed doors, then voting to offer Tate the job of LSU system president and chancellor of the flagship — a job that one supervisor described as being a combatant in a political knife fight.

Tate is the provost of the University of South Carolina, which puts him charge of the academics at 13 schools and colleges plus two medical schools. He took that post less than a year ago, on July 1, after landing among the finalists for that university’s presidency a few months earlier. He had been a candidate for chancellor at the University of Tennessee in Knoxville the year before.

He had served as dean of the Graduate School & Vice Provost for Graduate Education at the elite Washington University in St. Louis from 2002 to 2020. Tate also taught mathematics at Texas Christian University and University of Wisconsin-Madison.

He said his target start date at LSU is July 2, but the details of his contract need to be worked out first.

The other two finalists were Kelvin Droegemeier, who was President Donald Trump’s science adviser, and Jim Henderson, who is president of the University of Louisiana system’s nine public colleges. All three were questioned for more than an hour each.

Tate grew up on the southside of Chicago, “which means I’m really from Mississippi,” he said. His grandparents were part of the Great Migration between the two world wars when more than 100,000 Black Mississippians moved north for work and a chance to live in a less repressive environment.

Former LSU President F. King Alexander defended his record at LSU in a radio interview Wednesday, saying that he worked to diversify the unive…

Tate said he learned of the LSU job at a dinner outside the Governor’s Mansion prior to attending the Oct. 24 football game between South Carolina and LSU. He was with University of South Carolina President Bob Caslen.

He sat next to LSU board Chair Robert Dampf. At the time, Tate said the discussion about the LSU presidential search was just entertaining small talk. A lifelong friend of Commissioner of Administration Jay Dardenne, who also applied for the job, Dampf said he told James Williams, the head of the LSU Presidential Search Committee, what a good candidate Tate would be for LSU's top post. Later, Tate was contacted by the Atlanta firm contracted to search for candidates.

As LSU chancellor, Tate will be responsible for the flagship campus’s academic, fiscal and administrative matters. As LSU president, he will be the chief executive officer of the colleges and universities associated with the system, which includes two four-year universities, one two-year institution, two medical schools, a law school, an agricultural center, research facilities and the Baton Rouge flagship, educating about 50,000 students.

Tate will take ownership of an ongoing scandal at LSU in which administrators are accused of covering up sexual misconduct allegations reported by female students over a period of years. Interim President Tom Galligan hired the Husch Blackwell law firm to investigate just how widespread and how deep the harassment claims went. The findings were so severe that the Louisiana Legislature launched hearings and is pursuing laws that would circumscribe many of the powers now held by LSU administrators.

Two current employees were suspended, two others were forced to change jobs, the university’s law firm for the past 80 years was fired, and a new system of rules and protocols was put in place that details the responsibilities of faculty and administrators who hear of sexual misconduct complaints.

The chancellor of the medical school in Shreveport was suspended over allegations that he retaliated against professors and staffers who made sexual harassment complaints against two top administrators, both of whom were forced into retirement.

Tate said the University of South Carolina is battling a sexual harassment scandal similar to LSU's, and he walked into the middle of it a year ago. Tate has been criticized by students on the South Carolina campus for not dealing with the accused harsh enough.

Tate said a lawsuit has been filed, which muddies the situation.

He added that he remained silent during the face of protests, blog rants and Twitter posts to avoid further traumatizing the victims. He said if he were forced to comment in those circumstances, “I’ll walk away from any job in America."

“You have to deal with the perpetrator or he will continue to act,” replied Board of Supervisors member Jay Blossman, of Mandeville.

Tate said he removed an accused professor from campus and fired him from his administrative duties the day after being made aware of the allegations. “I want everyone to know that I am fully committed to remove whether you have tenure or not — gone, end of story," Tate said.

Because of the legal nature of Title IX, the federal law that mandates how to handle sexual harassment claims, Tate said, those processes must proceed. But he would take a trauma-focused approach, meaning the first step would be to assume the victim is telling the truth and to deal with healing, rather than making the initial step requiring the student to fulfill evidentiary necessities.

“He has expressed a desire to ensure that more students have the opportunity for higher education at the schools in LSU’s system, including more minority students, those from rural areas and those who face financial challenges,” Gov. John Bel Edwards said in statement congratulating Tate. “He will also be charged with attracting first-class researchers and research funding to our state as we seek to continue and expand LSU’s role as a national leader in innovation and discovery.”

The university also has been wrestling with its racist past. A special committee is trying to figure out what to do about the dozens of buildings and roads named after Confederates and segregationists scattered across campus.

LSU didn’t admit a Black student until 1953 — and then only one. It took a federal lawsuit before LSU allowed more than a few Black students into the university.

That has changed recently.

For the fall 2020 semester, 14.75% of the 35,453 students enrolled at the flagship were Black, according to the Louisiana Board of Regents, which oversees all public higher education institutions in Louisiana. That’s less than half of Louisiana’s Black population. But enrollment of Black students increased almost 6% over the past decade.

Starting Sunday night the three finalists for LSU’s top job will start rotating through a gauntlet of meetings with faculty, students, and alu…

The previous search for president-chancellor, which led to the hiring of F. King Alexander in 2013, was held secretly, with LSU going to court to avoid naming who was considered. This time around, the Presidential Search Committee released the paperwork on all 23 who applied. The eight semifinalists were chosen in public, and their interviews were held on public livestream to give the out-of-state candidates the same situation as the Baton Rouge-based candidates.

Supervisor Lee Mallet, of Lake Charles, warned the three finalists that taking the top job at LSU was a political minefield.

The Board of Supervisors chose William F. Tate IV as the new president of Louisiana's flagship campus.

Mallet said he wanted whomever the board chose to stay for a long time and not to quit in frustration after a few years.

Behind the scenes, supporters for each of the candidates served up negative information about the other candidates.

For Henderson, it was his receiving a doctorate in management, rather than a Ph.D., from the University of Maryland’s college that offers graduate degrees with an online component and limited in-person classes to nontraditional students.

Henderson made no apologies and pointed out that if he was being hired to run one of LSU’s research arms, then having an academic degree would be more important.

As Trump’s science adviser, Droegemeier was widely criticized for not mitigating the former president’s anti-science bent. But Droegemeier noted that he wasn’t appointed until after Trump withdrew the United States from the environmental Paris Accords.

He also said despite repeated reports, and contrary to Trump’s oft-repeated opinions, he believes climate change is real and that humans played a role. He had criticized Republicans in Congress for stripping funding from research of climate change.

“The White House helped a heck of a lot for having a thick skin,” Droegemeier said. “It was tough people who asked a lot of tough questions.”