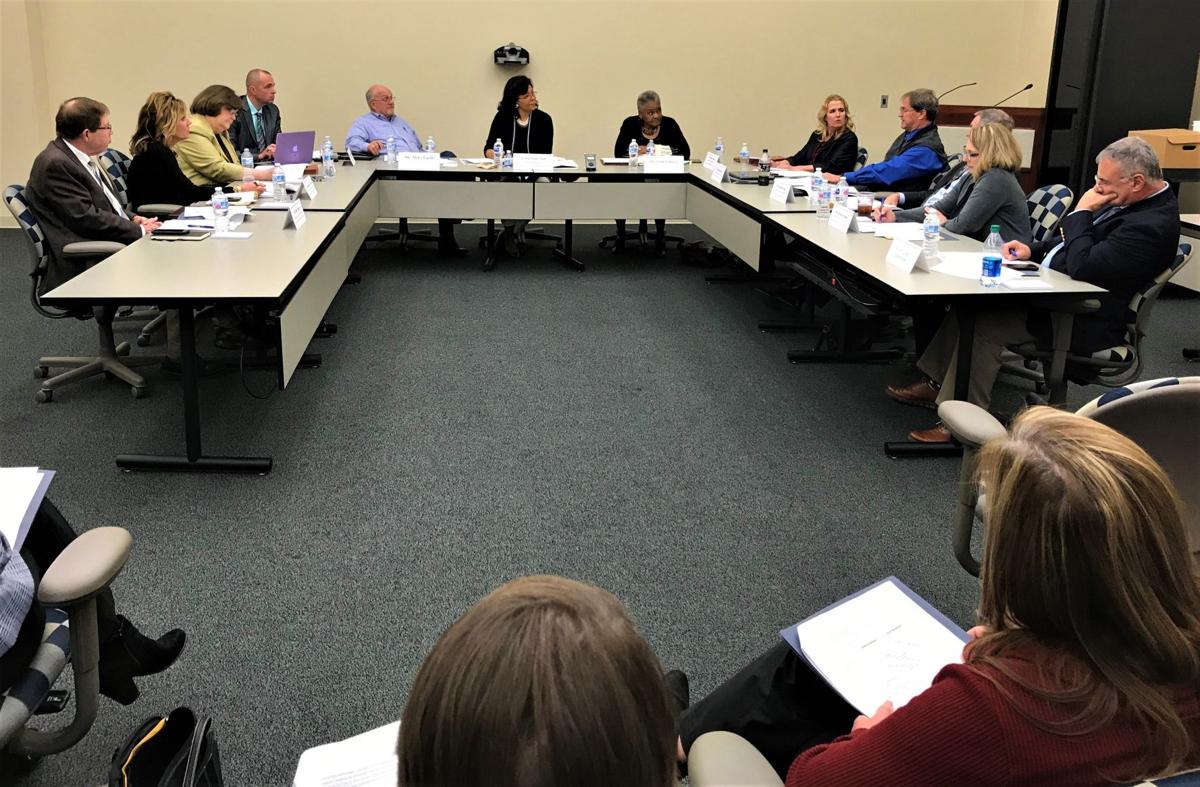 While funding and other key hurdles remain, members of a state task force Monday said eligible Louisiana high school students should have access to at least four classes for college credit without charge.

The classes, called dual enrollment, are expected to be one of Gov. John Bel Edwards' priorities when the 2020 legislative session begins on March 9.

"Research across the country documents that students who participate in dual enrollment are more likely than their peers to enroll in college, build academic momentum and persist to completion," according to a draft report compiled by the Louisiana Dual Enrollment Framework Task Force.

Edwards named the 12-member panel last year after his bid to ensure that high school juniors and seniors would have access to two college courses without charge was shelved in the Legislature.

How to pay for a dramatic expansion of the program, including training teachers to lead the classes, was among the stumbling blocks that derailed the governor's 2019 proposal.

The current setup is plagued by a variety of problems.

While the state has about 90,000 juniors and seniors, less than 20,000 were taking classes for both high school and college credit during the 2017-18 school year.

Of that number, 65% percent were white students and 27% were black students, another disparity that has raised concerns among state education leaders.

Access to the classes also vary between urban and rural areas.

What it would cost to ensure students could take four dual enrollment courses without charge is unclear, as well as when backers hope their goal could happen.

"It is not today's reality," said Commissioner of Higher Education Kim Hunter Reed, co-chair of the commission. "It is our north star."

Despite financial and other hurdles, Louisiana education leaders Wednesday voted to aim for high school graduates to leave school with college…

Under current rules, high school students must have a grade point average of at least 2.5, a 19 on the ACT, which is supposed to measure college readiness and scores of at least 19 in math and 18 in English to take a class for college credit.

Those standards may be changed.

The expansion would cover both academic and career/technical fields.

The state is spending about $17 million on dual enrollment now.

Advocates are hoping to land an unspecified amount of "seed money" from the 2020 Legislature to launch the effort, including incentives for high school teachers to get qualified to teach the classes and for more students to enroll.

Other potential funding sources outlined in the draft report were kept in general terms.

One recommended that state and federal dollars be used "to their full extent to ensure equitable participation in dual enrollment."

Another suggested that state leaders model financing methods after those used in Georgia, Idaho, Indiana, Kentucky and Oklahoma to expand access to underserved students.

The panel, which is tentatively set to meet on Feb. 20, may also offer more funding recommendations before its final report to the Legislature on Oct. 1.

Whether to recommend four dual enrollment courses per high student sparked concerns among some commission members.

More than 8,000 high school students in the past school year earned college credit through exams that measure college skills, up from 5,346 la…

Tommy Byler, who represents the Louisiana Association of Principals, questioned whether it was a good idea for the panel to be so specific.

Byler, who is principal of North Vermilion High School in Maurice, said some schools are already struggling to offer students two courses for college credit.

"I think that that becomes a problem for some of our school systems," he said. "I have heard that comment from principals I have talked to."

Janet Pope, executive director of the Louisiana School Boards Association and a member of the panel, echoed those concerns.

But Mike Faulk, co-chair of the commission and former superintendent of the Central School District, said schools will be offered incentives to expand dual enrollment classes.

"The determining factor will be the people who control the money," said Faulk, a reference to state lawmakers.

Faulk, who is executive director of the Louisiana Association of School Superintendents, said one of the keys will be how any initial dollars are used to expand classes that carry both high school and college credit.

He said if those dollars produce success stories "it is easier to sell to someone else, especially the Legislature."

The commission includes officials of the state Board of Elementary and Secondary Education, Louisiana School Counselor Association, Council for a Better Louisiana, state Department of Education and the Louisiana Association of Public Charter Schools.