Kimberly Eckert, center, 2018 state Teacher of the Year, state Superintendent of Education John White and Holly Boffy, vice-president of the state Board of Elementary and Secondary Education, spell out the state's $100,000 plan to attract  students to the teaching profession through TV, radio and other ads. "It is a campaign to do a very simple thing; it is to elevate the profession," White said. 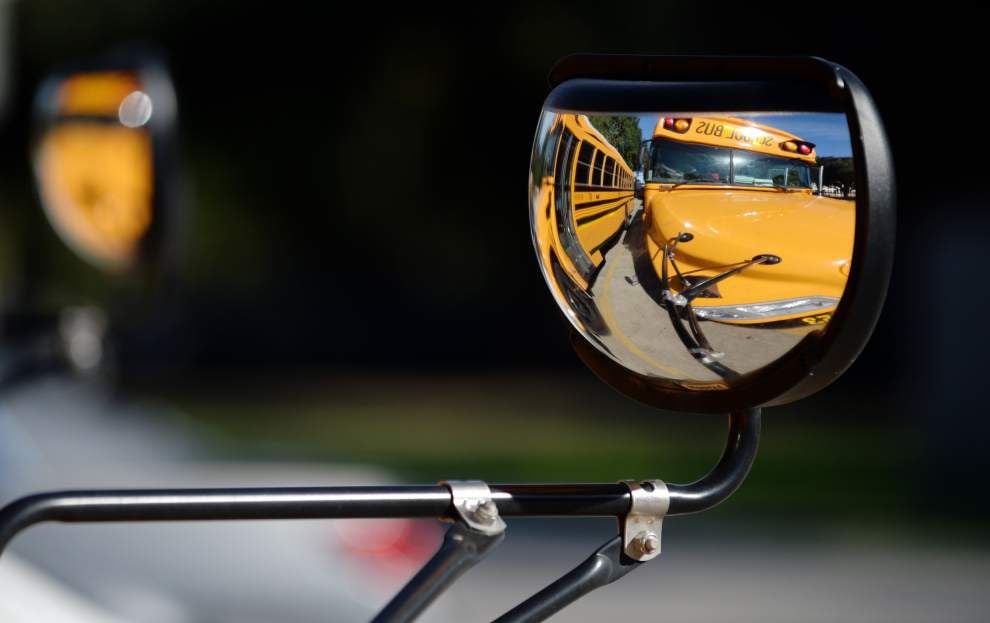 The state is launching a $100,000 campaign to attract more students to the teaching profession.

It is aimed in part at addressing the profession's sometimes lackluster image, with the state's brightest students often steered toward higher-paying careers.

A survey found that only 13 percent of more than 500 high school and college students in Louisiana are thinking about becoming teachers.

"It is a campaign to do a very simple thing; it is to elevate the profession," White told reporters.

The push is called "Be a Teacher LA" and one of the themes is "Be irreplaceable. Be a teacher."

The target is Generation Z, including high school juniors and seniors and college freshmen and sophomores.

"That is the message, incredible teachers cannot be replaced," said Eckert, a ninth-grade English teacher at Brusly High School.

One of the keys, Eckert said, is to make the point quickly with today's technology savvy young adults.

"They have an eight-second filter," she said. "Any advertising has about 10 seconds to get in and out."

Average public school teacher salaries in Louisiana finally reached the regional average in 2007, a breakthrough that was celebrated by politi…

Information will be available at BeATeacherLA.com, including video vignettes starring "U-Learn 2000," a robotic teacher that struggles to lead classes compared to its human colleague.

"It is our job to recruit into the profession so our students have teachers they need to be successful," said Boffy, who lives in Youngsville.

The push will include TV, radio and, print ads and billboards.

State officials are partnering with Zehnder Communications, a New Orleans marketing firm, to promote the message.

Gov. John Bel Edwards and First Lady Donna Edwards, a teacher herself, are scheduled to take part in some of the campaign.

White said the advertisements will be financed mostly with federal dollars designated for teacher recruitment.

All in: Passion for the classroom drives state teacher of the year

Louisiana's teacher of the year never planned on a career in the classroom.

The state has about 47,000 public school teachers.

White said that, while those who enter the profession are not striving to be millionaires, they can touch thousands of lives.

"Really there is no other profession that can lay claim to that important mission," he said.

Louisiana is overhauling the way teachers are prepared for the classroom.

College seniors will spend one year in the classroom, working with a veteran/mentor, before they earn their teaching credentials.

Eckert said the stability of the teaching profession should appeal to "risk averse" high school and college students who want to leave a mark.

"It is not just about recruiting these talented people to be teachers," she said. "It is about society more valuing teachers."

This fall, the West Baton Rouge Parish School District will become the first district in the state to launch a national curriculum-based progr…