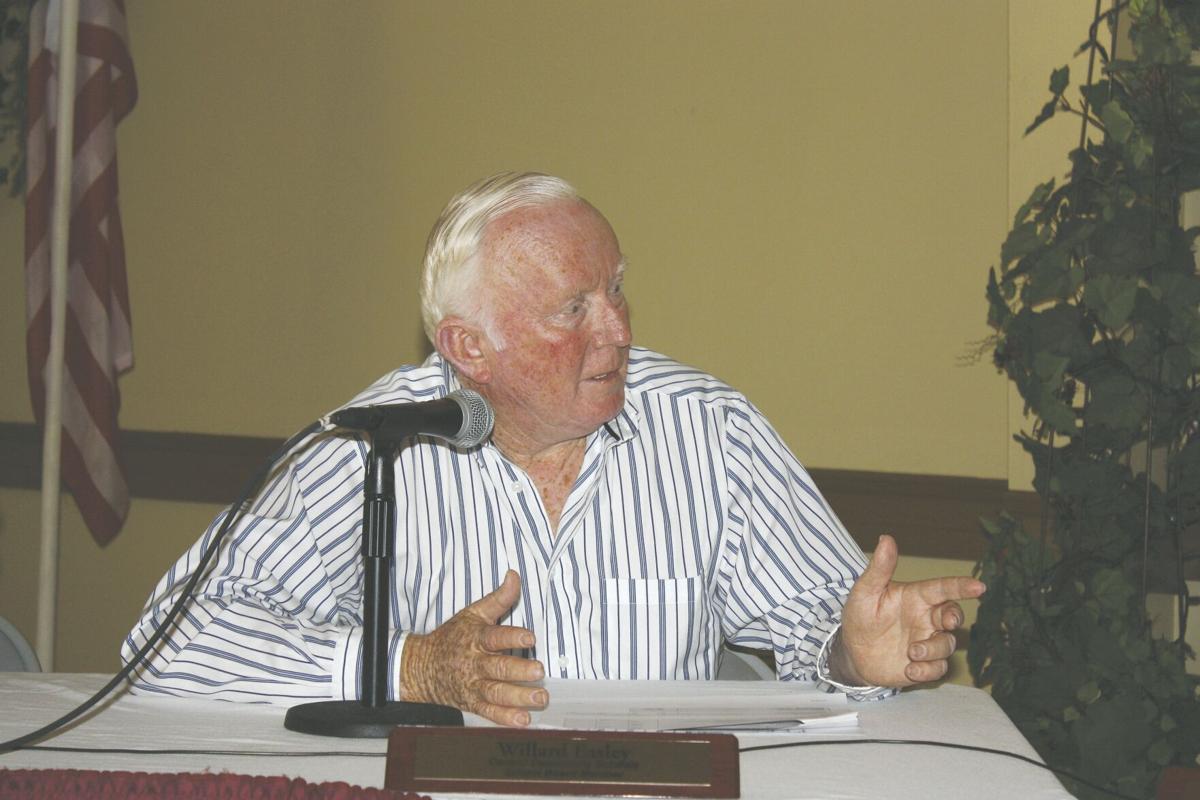 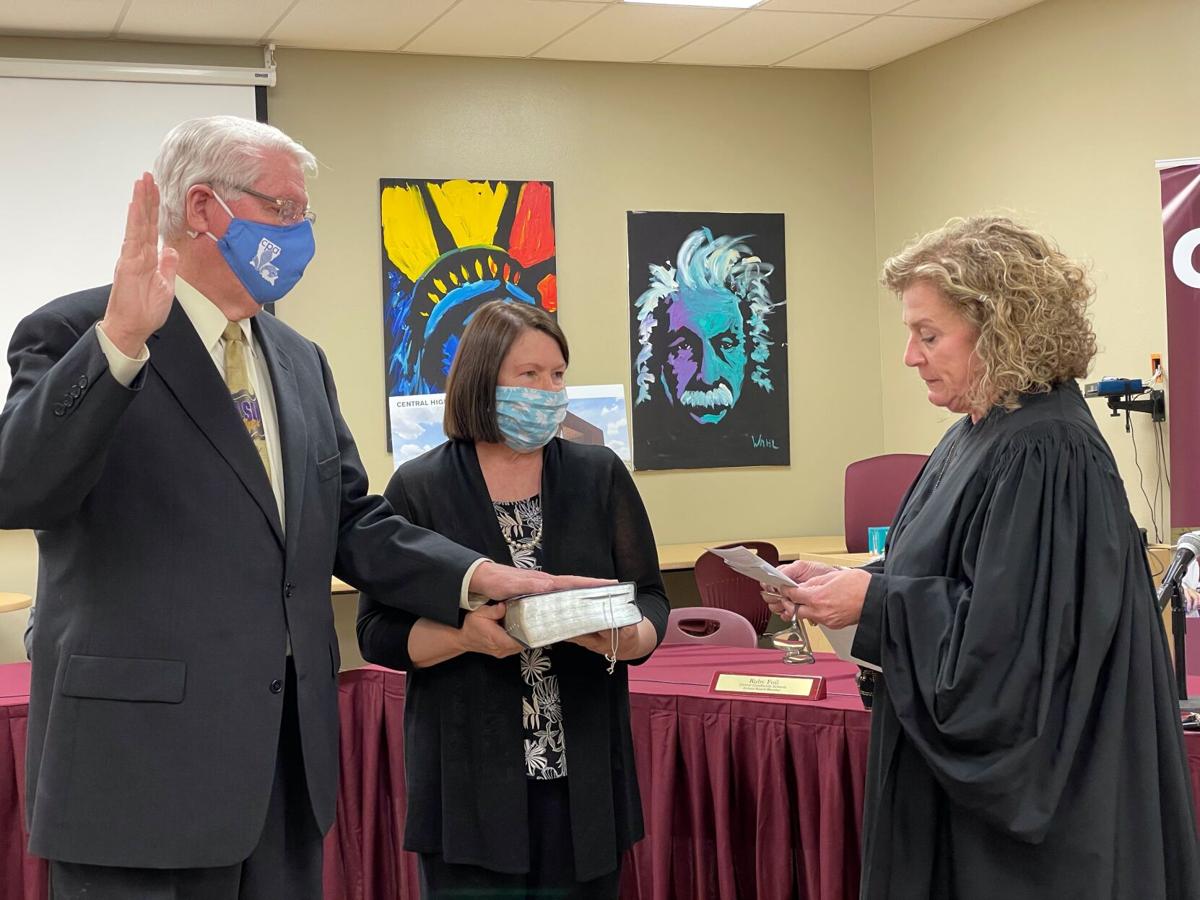 Phil Graham, left, raises his hand Monday, Feb. 1, 2021, to recite the oath of office to serve as the new representative for District 4 on the Central School Board. Family Court Judge Charlene Charlet Day of Baton Rouge, right, administers the oath of office, while Phil's wife, Diane Graham, center, hold the Bible that her husband places his left hand upon.

Phil Graham, left, raises his hand Monday, Feb. 1, 2021, to recite the oath of office to serve as the new representative for District 4 on the Central School Board. Family Court Judge Charlene Charlet Day of Baton Rouge, right, administers the oath of office, while Phil's wife, Diane Graham, center, hold the Bible that her husband places his left hand upon.

The Central School Board on Monday appointed local CPA Phil Graham to replace founding board member Willard “Will” Easley, who recently resigned after 14 years serving on the board of the suburban Baton Rouge school district.

Also on Monday, the board called a special election for the District 4 seat to be held Oct. 8. Graham, who was the only person nominated to replace Easley, said he plans to run in the October election. Whoever wins would serve out the rest of Easley’s term, which ends Dec. 31, 2022.

Monday night's special meeting was over almost as soon as it began. After the quick vote, Graham immediately stepped u[ quickly to take the oath of office, administered by Family Court Judge Charlene Charlet Day of Baton Rouge.

“I certainly appreciate the confidence that you all have, and the huge responsibility you have placed in me,” Graham said after the vote Monday.

Graham has long served as a citizen member of the board’s Finance Committee and has kept the books for many local governments. He said he’s lived in Central for 44 years. He noted that the school district is doing well — it’s one of the highest rated academically in Louisiana.

In a terse resignation letter submitted Jan. 14, effective the following day, Easley did not explain his decision.

"It has been an honor to serve with each of you on this board," Easley wrote in the two-sentence letter.

The board, by state law, then had 20 days appoint someone to represent District 4. If the board had waited until after a Thursday deadline, Gov. John Bel Edwards would have been authorized to appoint someone.

The Central School Board has been an unusually stable body ever since it was first formed in late 2006, soon after voters amended the state Constitution to carve the Central Community school district out of the East Baton Rouge Parish school system. Four members have remained on the board ever since, and Easley’s resignation brings that down to three. All seven board members were reelected without opposition in 2018 when no one qualified to run against them.

The wife of a former Baton Rouge police chief, a parent active in the fight against St. George, and five others working at Baton Rouge schools…

“I think he was just tired,” said board member David Walker.

Walker, who was elected to the board not long after the original board was appointed, said Easley reached out to him a day before he resigned to explain his decision. He said that Easley, who had retired from a career in the construction business, had planned initially just to stay a few years.

“Now, he’s going to step back and play with his cows and his grandchildren, do what he needs to do and not have to worry about it,” Walker said.

Superintendent Jason Fountain said Easley served as a mentor to him on finances and seeing school matters through a business perspective. He said Easley told him he ran for re-election this most recent term to help Fountain transition for an administrator to superintendent, starting in 2018.