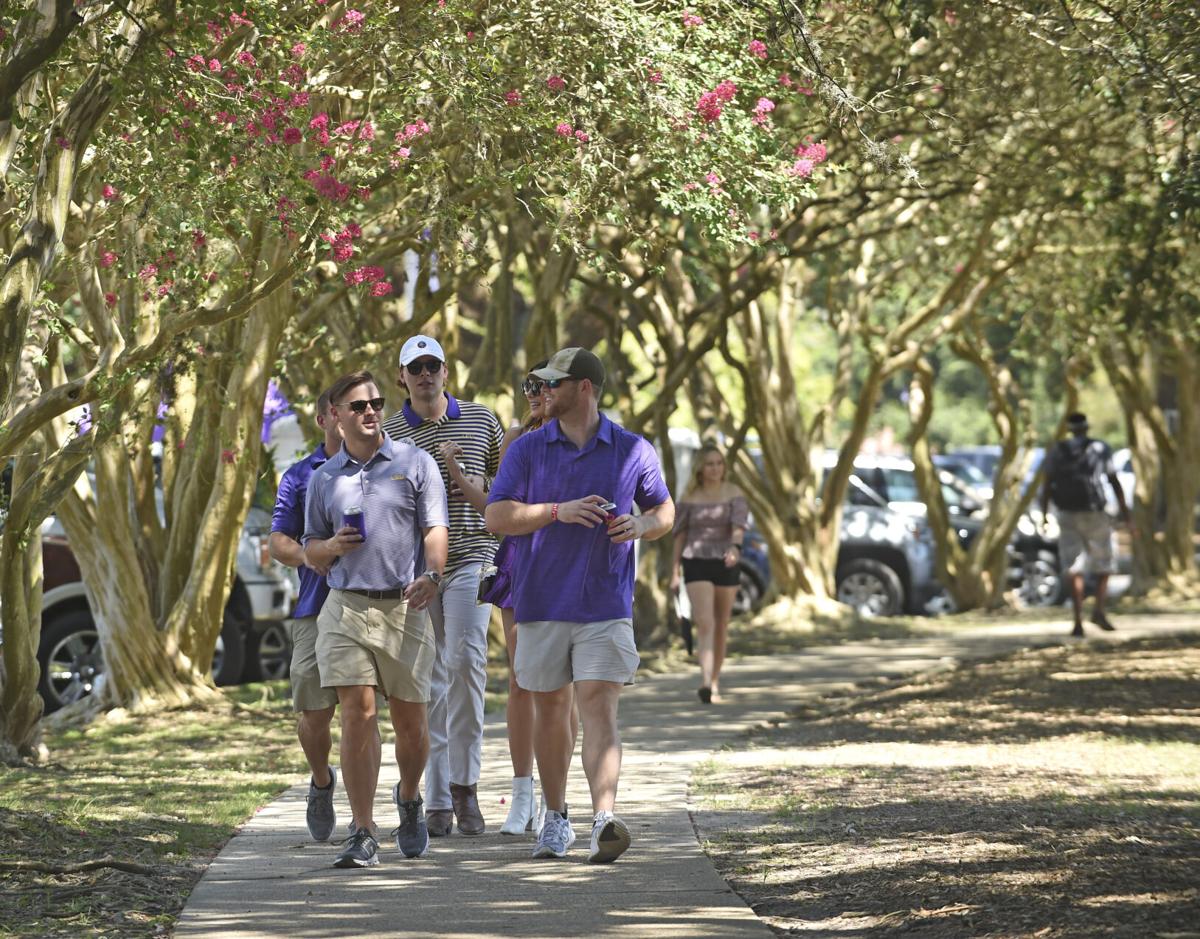 Fans walk through the Parade Grounds on LSU's campus, Saturday, September 11, 2021, before kickoff against McNeese during the Tigers' home opener in Baton Rouge, La. 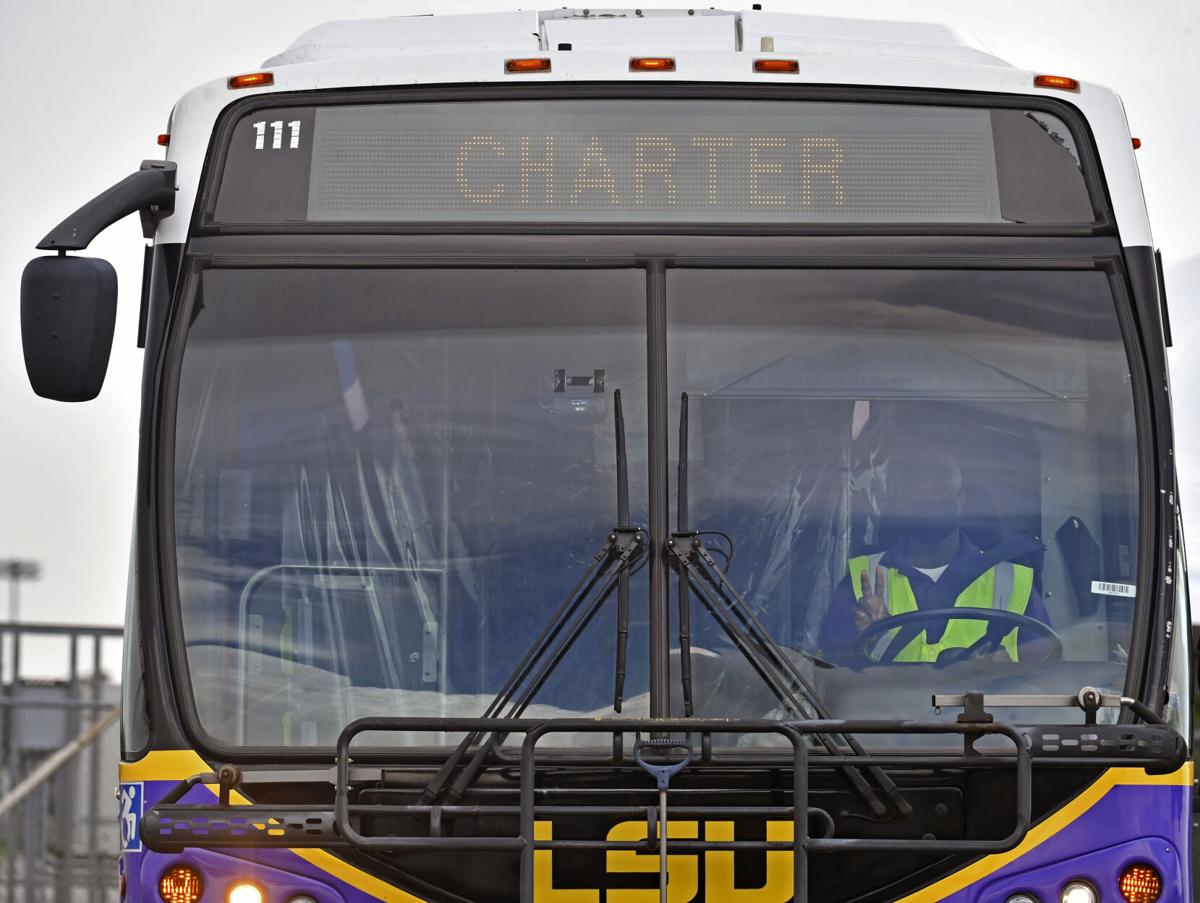 LSU's ranking in the latest survey by U. S. News & World Report dropped.

Fans walk through the Parade Grounds on LSU's campus, Saturday, September 11, 2021, before kickoff against McNeese during the Tigers' home opener in Baton Rouge, La.

LSU's ranking in the latest survey by U. S. News & World Report dropped.

LSU's ranking in the latest survey by U.S. News & World Report slipped 19 spots and the school is tied for 172nd among national universities.

LSU is also next to last among the 14 schools in the Southeastern Conference, ahead of only Mississippi State University.

Tulane University, a private school, is again the top-rated university in the state and tied for 42nd nationally.

The 2022 results mark the 37th year that U.S. News has done a snapshot of higher education.

The scores are based on graduation rates and other student outcomes, 40%; faculty resources, 20%; how schools are viewed by presidents and college officials, 20%; financial resources, 10%; student excellence, 7% and alumni giving, 3%.

LSU was tied for 153rd in last year's report.

It has also been embroiled in controversy for the past year over allegations of sexual assault on campus and how school officials responded.

Amid controversy at LSU, officials of the Louisiana Board of Regents said Wednesday changes are needed to strengthen sexual harassment policie…

However, the views of the school by other presidents only dropped from 3.0 of a possible 5 last year to 2.9 this time.

LSU President William F. Tate IV blamed the plunge in ratings on the lack of state and private aid. “LSU’s overall rank fell largely because of two categories: financial and faculty resources, both of which are tied to funding," Tate said in a statement.

"Our strategic aim, Scholarship First, will target investments that directly impact our faculty, our students and our facilities. To improve will require significant state and philanthropic investments in students and faculty members," Tate said. "While financial resources have been limited compared to other universities, LSU has contributed to a Nobel Prize, set a record last year with $166 million in research grants and contracts awarded to our world-class faculty, and had a record-breaking number of students win prestigious national awards in 2021 like the Truman, Goldwater and Udall Scholarships."

State aid for colleges and universities rose by about $100 million this year after 13 years of budget cuts or standstill budgets.

Princeton University is the top rated school in the nation, according to U.S. News. Columbia University, Harvard University and the Massachusetts Institute of Technology are tied for second followed by Yale University at No. 5.

The top-rated SEC school is Vanderbilt University, which has held that title for years and is 14th nationally.

Michael Strecker, assistant vice president for communications at Tulane, noted the school is also rated 29th among national private universities and is listed in the top 40 of most innovative schools.

Loyola University in New Orleans is rated No. 202 compared to No. 196 last year.

The only other Louisiana listed among national universities is Louisiana Tech in Ruston at No. 277.

The report noted that schools are still grappling with pandemic-related problems.

"Students and faculty continue to feel the impact of the COVID-19 pandemic, whether it's through remote learning, mask-wearing or vaccine requirements," Kim Castro, editor and chief content office of U.S. News said in a statement.

The full report is available at https://www.usnews.com/best-colleges?src=usn_pr.

LSU, other colleges set to get $268 million from coronavirus relief bill

LSU and other public colleges and universities are set to get $268 million from the latest federal stimulus bill, up 82% from what schools got…