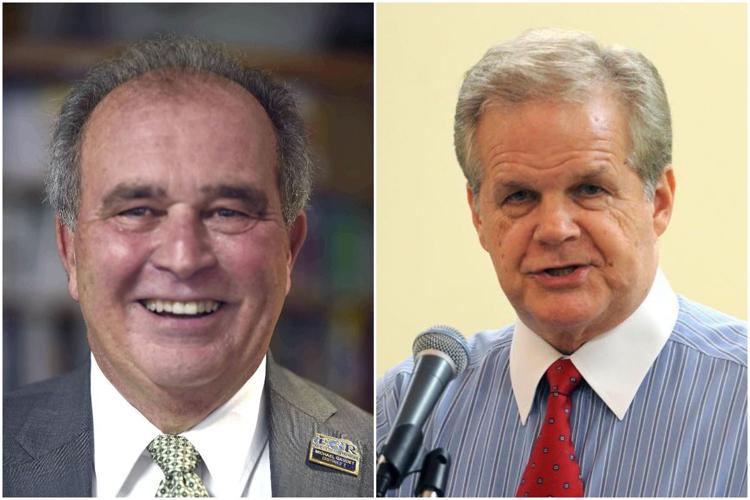 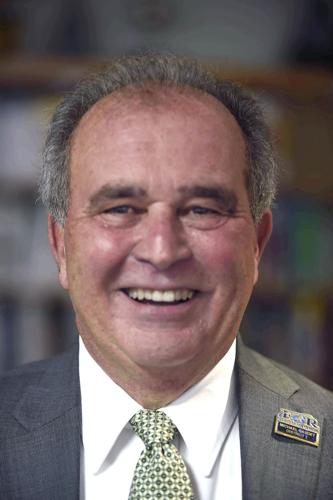 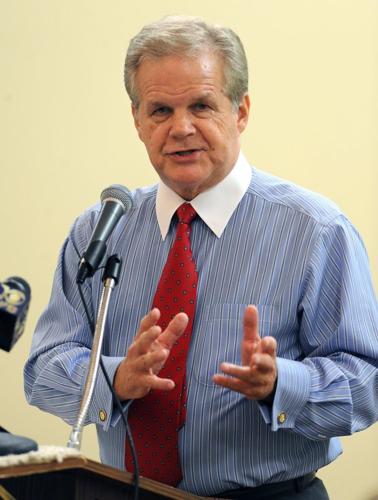 Woody Jenkins, president of the Chamber of Commerce of East Baton Rouge, is starting a radio station.

Woody Jenkins, president of the Chamber of Commerce of East Baton Rouge, is starting a radio station.

A day after calling for the resignation of fellow board member Connie Bernard, East Baton Rouge Parish School Board President Mike Gaudet is himself being asked to resign as president of the board.

Woody Jenkins, who is chairman of the executive committee for the Republican Party in East Baton Rouge Parish, has been one of the few public defenders of the embattled Bernard. On Friday, Jenkins issued a statement arguing that, in joining the widespread calls for Bernard’s resignation, Gaudet has “joined Black Lives Matter” and that Gaudet himself, not Bernard, is the one who needs to step down, at least from the president's chair, which he has held since January 2019.

“(Gaudet) piled on for absolutely no reason,” Jenkins said. “In doing so, he forfeited the confidence of Republican and other fair-minded voters in this community to lead the school board. He should resign immediately from this leadership position. There are other Republican board members who can lead the board effectively and preside fairly.”

Jenkins additionally criticized Gaudet, who is a Republican, for allowing a nearly 8-hour June 18th board meeting to turn into a “circus.”

The four African American board members — Dawn Collins, Tramelle Howard, Dadrius Lanus and Evelyn Ware-Jackson — quickly called for Bernard's resignation. Gaudet stopped short of joining them, but criticized Bernard. On Thursday, he changed his mind and joined them.

Bernard stoked controversy in a June 10 TV interview where she said people offended by the name of Lee High School in Baton Rouge should "learn a bit more" about Robert. E. Lee, the Confederate general the 61-year-old school is named after. She added further fuel to the fire on June 18 when pictures showed her apparently shopping while the board debated renaming Lee High.

The next day Bernard apologized for her June 10 comments, but insisted she wasn't shopping at the meeting; she said a pop-up ad on her laptop failed to close. Witnesses who saw her that night immediately questioned her denial. And on Monday, the school system released her internet browsing history from her School Board laptop and that history suggests she was shopping online during much of that board meeting.

That “new information” released Monday “shows “(Bernard’s) public statement on the issue was, in my opinion, misleading,” Gaudet said Thursday.

"I believe this erodes her ability to retain the confidence of the public that we serve," Gaudet wrote.

Bernard has vowed to serve out her third term, which ends Dec. 31, 2022. She is fighting an effort to recall her from her District 8 seat.

Jenkins has spent eight years working with Bernard on the local GOP executive committee; Bernard is its vice chair. Jenkins is also active in the school system. He has been active in the effort to regain control of Istrouma High and reopen and revive that historic north Baton Rouge school.

Jenkins blamed Gaudet for setting the stage for the attacks on Bernard to get out of control.

“He permitted members of the public to come to the microphone and make repeated verbally abusive personal attacks against a female board member,” Jenkins said. “Instead of politely calling out the speakers and saying they were out of order and that personal attacks and yelling were not allowed, he permitted the attacks and the circus-like atmosphere to go on and on. It was his way of saying. ‘This is okay!’ But it’s not okay!”

“The board member has been harassed beyond all reason, including receiving hundreds of emails, many of which threatened her and her family and called her every vile name in the book,” Jenkins continued.

By letting that criticism take fire and now joining the calls for Bernard resignation, Gaudet is aiding an attempted political takeover of the board, Jenkins said.

“This is about Black Lives Matter and other extremist groups switching the seat Connie Bernard represents from Republican to Democrat,” Jenkins said.

Jenkins also downplayed the criticism of Bernard’s spending time on her computer on non-School Board matters, saying she is far from alone.

“If every elected official who looked at their computer during a meeting were removed from office, we would be virtually without any public officials,” Jenkins said.

The East Baton Rouge Parish School Board is set to approve a new name for Lee High School, which bears the name of former Confederate General …