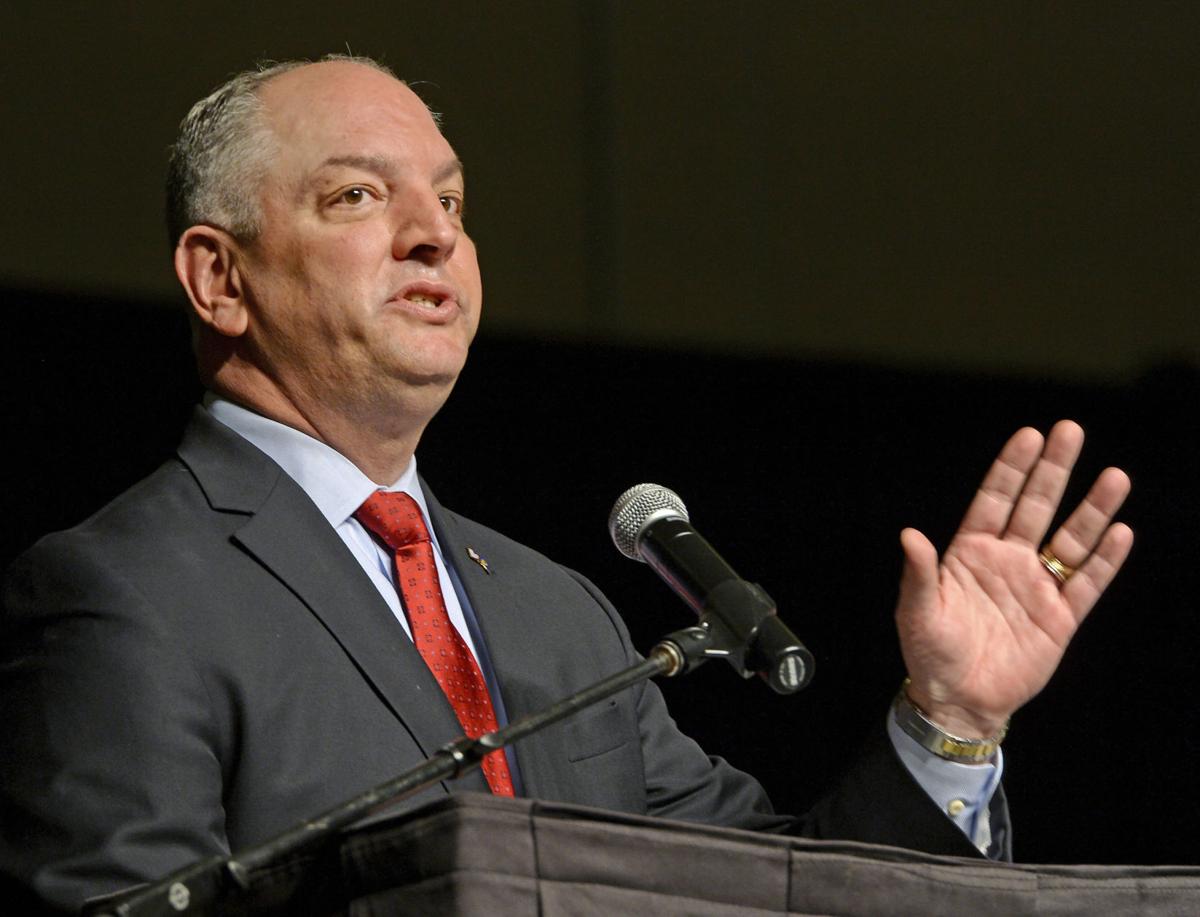 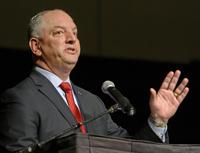 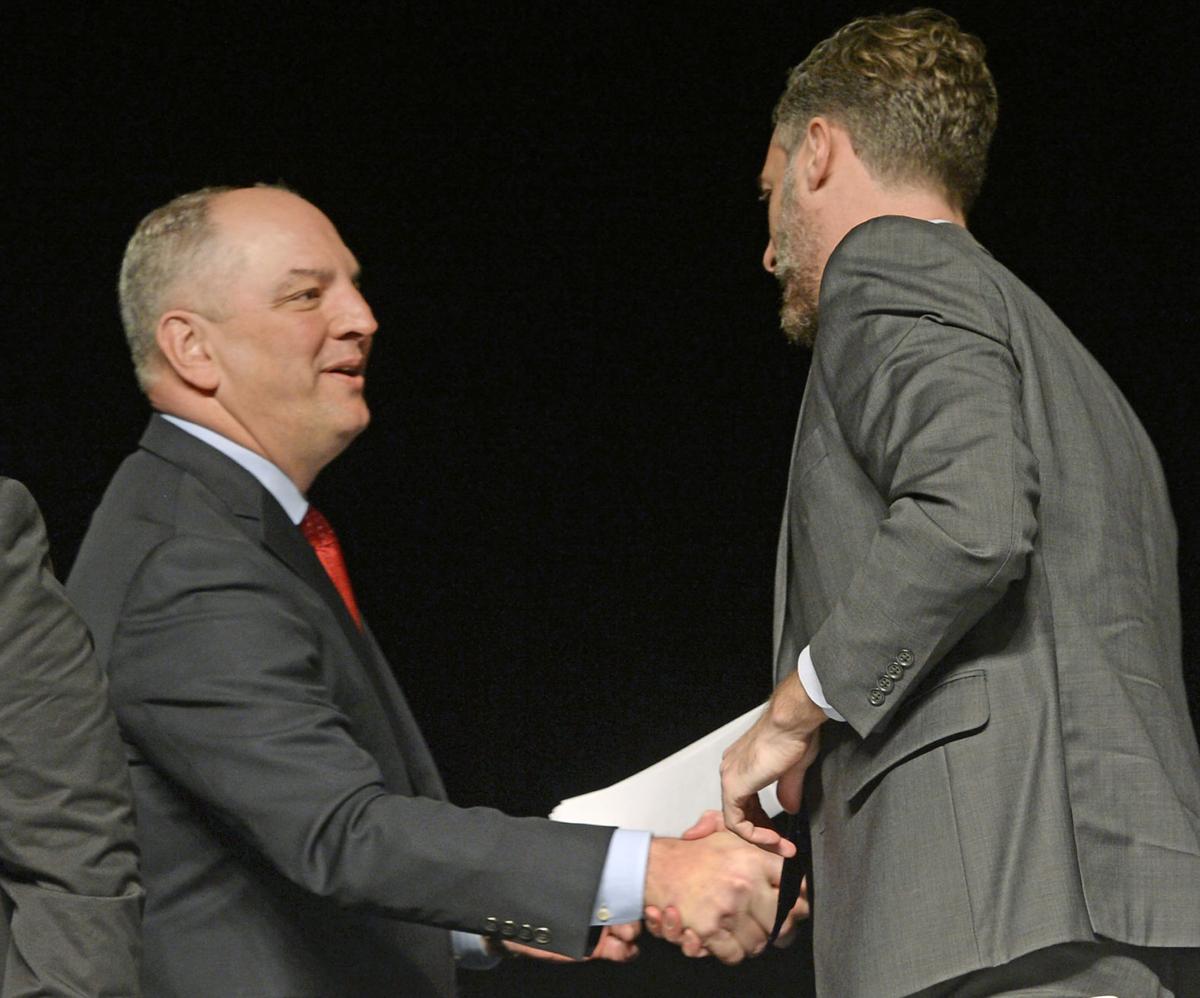 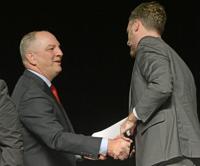 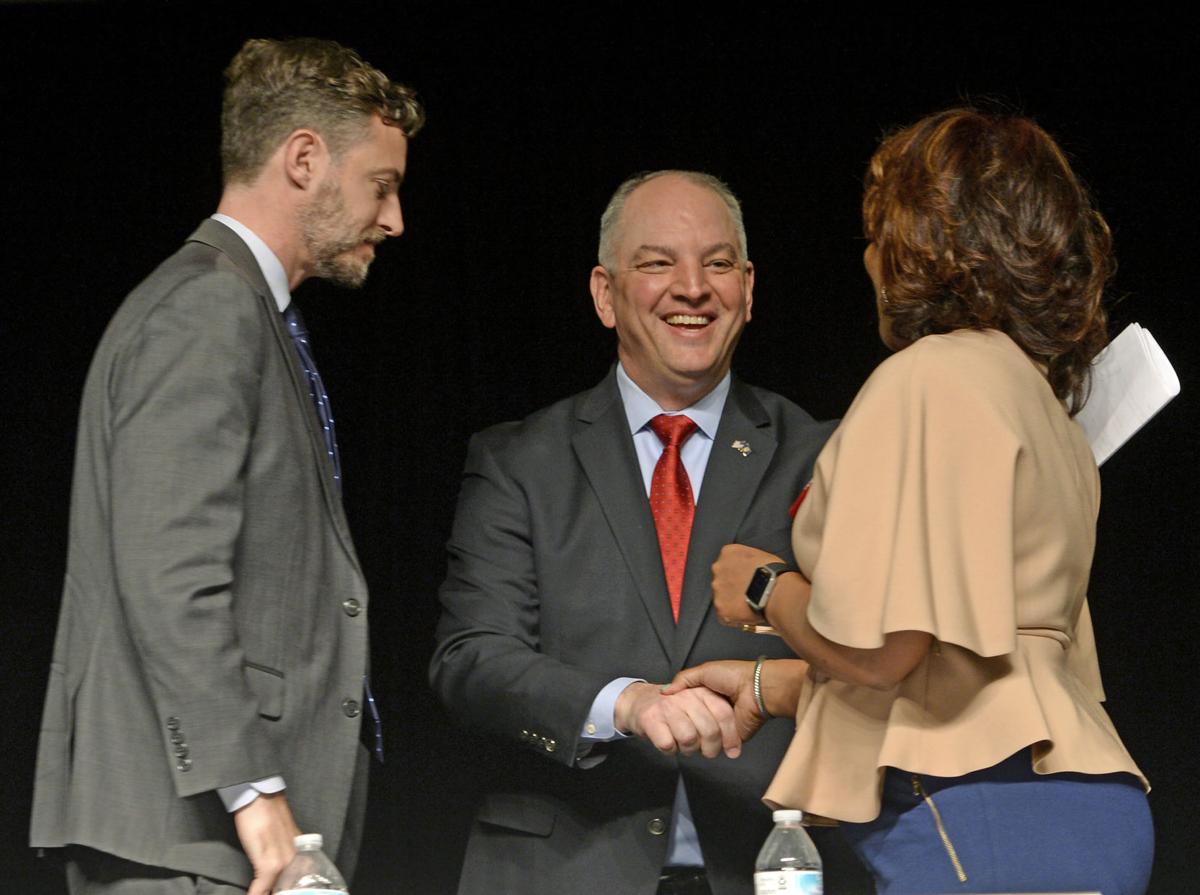 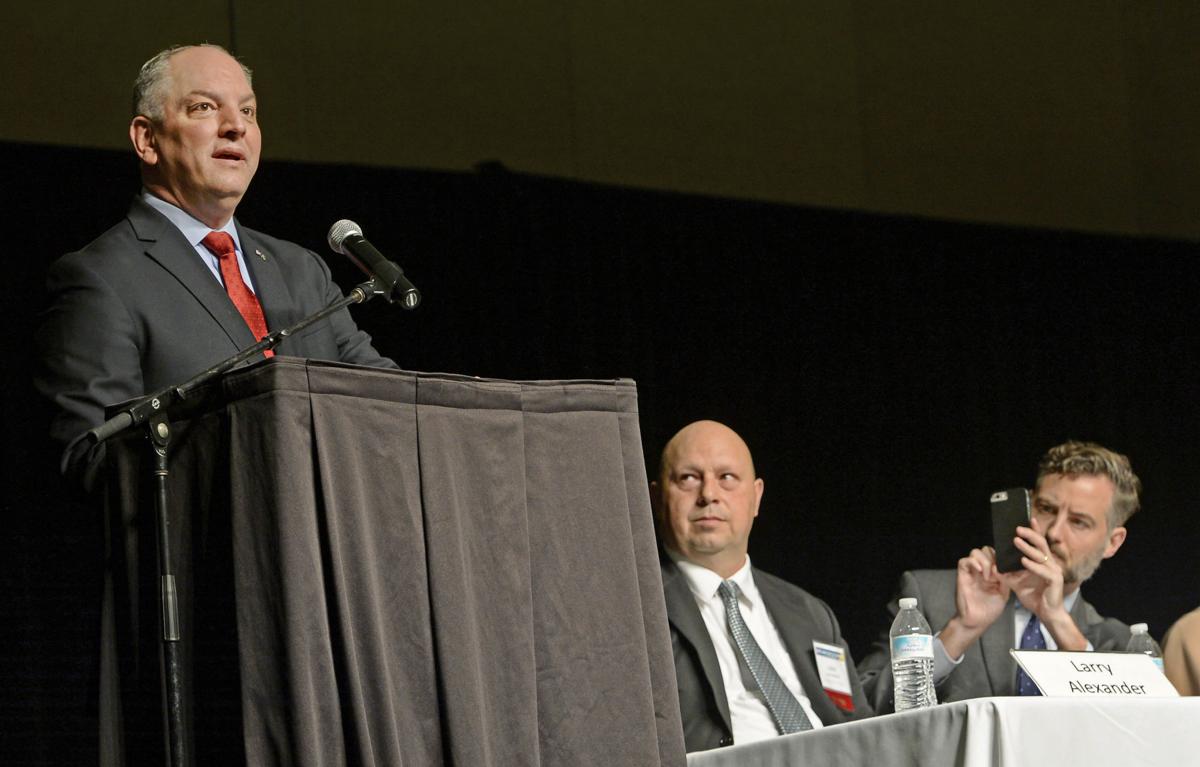 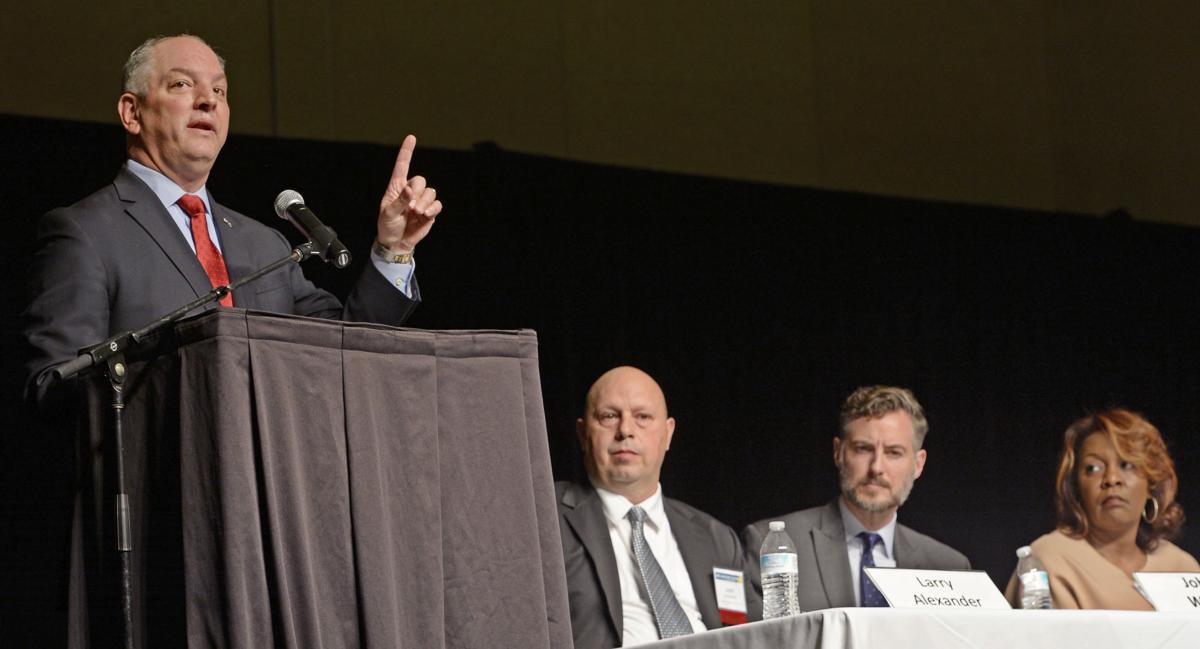 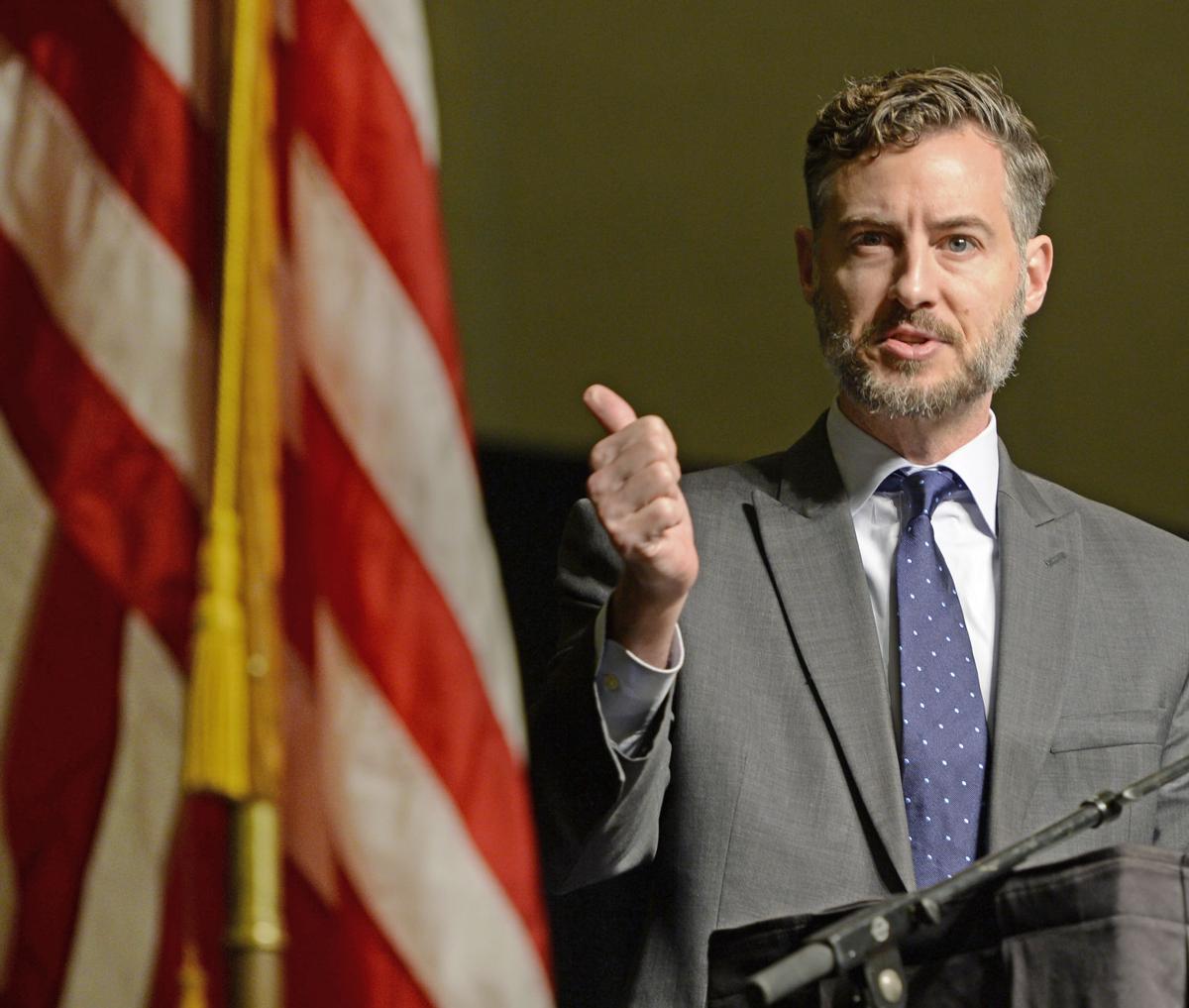 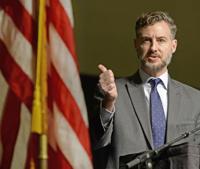 State Superintendent of Education John White makes a point while speaking at the annual meeting of Jump Start, which allows high school students to get workforce training in addition to regular academic classes, Tuesday Jan. 23, 2018, in Baton Rouge, La.

State Superintendent of Education John White makes a point while speaking at the annual meeting of Jump Start, which allows high school students to get workforce training in addition to regular academic classes, Tuesday Jan. 23, 2018, in Baton Rouge, La.

About one in five high school graduates – around 8,500 students per year – are earning Jump Start diplomas.

Roughly 2 percent of students did so in the past.

"It is a proven success," Edwards told the opening session of the 2018 Jump Start convention.

About 1,400 teachers, superintendents and industry leaders were expected to attend the day-long event.

The governor said whether Louisiana can offer a trained workforce is a key issue when CEO's are considering industry location or expansion.

"That is No. 1," Edwards said. "They want to see if we are committed to education, K-12 and higher education."

Edwards made his comments one day after he unveiled an operating budget proposal riddled with cuts to key state services because of a projected shortfall of about $1 billion.

A special session is possible next month to address the shortage.

The governor is expected to recommend a standstill budget in basic state aid for public schools, called the Minimum Foundation Program, for the 2018-19 school year.

He noted that the traditional increase – 2.75 percent – has only been funded twice in the past decade amid recurring state budget problems.

"We are not even keeping up with inflation," Edwards said.

"We have to do better," he added. "But first we have to turn the (budget) corner, and I am standing before you very optimistic that we will get that done this year."

Students have to earn 23 course credits to earn a traditional high school diploma.

Louisiana's bid to re-energize its career education program got a $2 million boost Wednesday to expand the effort.

For Jump Start students, at least 9 of the 23 credits have to be in a chosen career.

Over 100 credentials are offered now.

Others are in the pipeline, including entrepreneurship, digital design and environmental management/coastal restoration.

State Superintendent of Education John White, who also addressed the group, said 14,000 industry-based credentials were issued in 2014, then 37,000 credentials and 63,000 last year.

White said the state's fastest-growing fields, and in need of more students, are health and information technology systems.

"Jump Start has changed the way we view career and technical education in Louisiana for the better," White said in a statement.

"More than ever before students, both college and workforce bound, recognize the benefits of earning valued credentials and honing their technical and soft skills," he said.

"We look forward to further strengthening this important program by diversifying its offerings and ensuring equal access to all students," White said.

The state launched Jump Start Summers last  year, which allowed 250 students, including some with disabilities, to get paid, on-the-job career and technical training.

The annual gathering Tuesday was the fourth of its kind.

Andrew Zera was a student at Hahnville High School when he found welding more appealing than traditional classes.