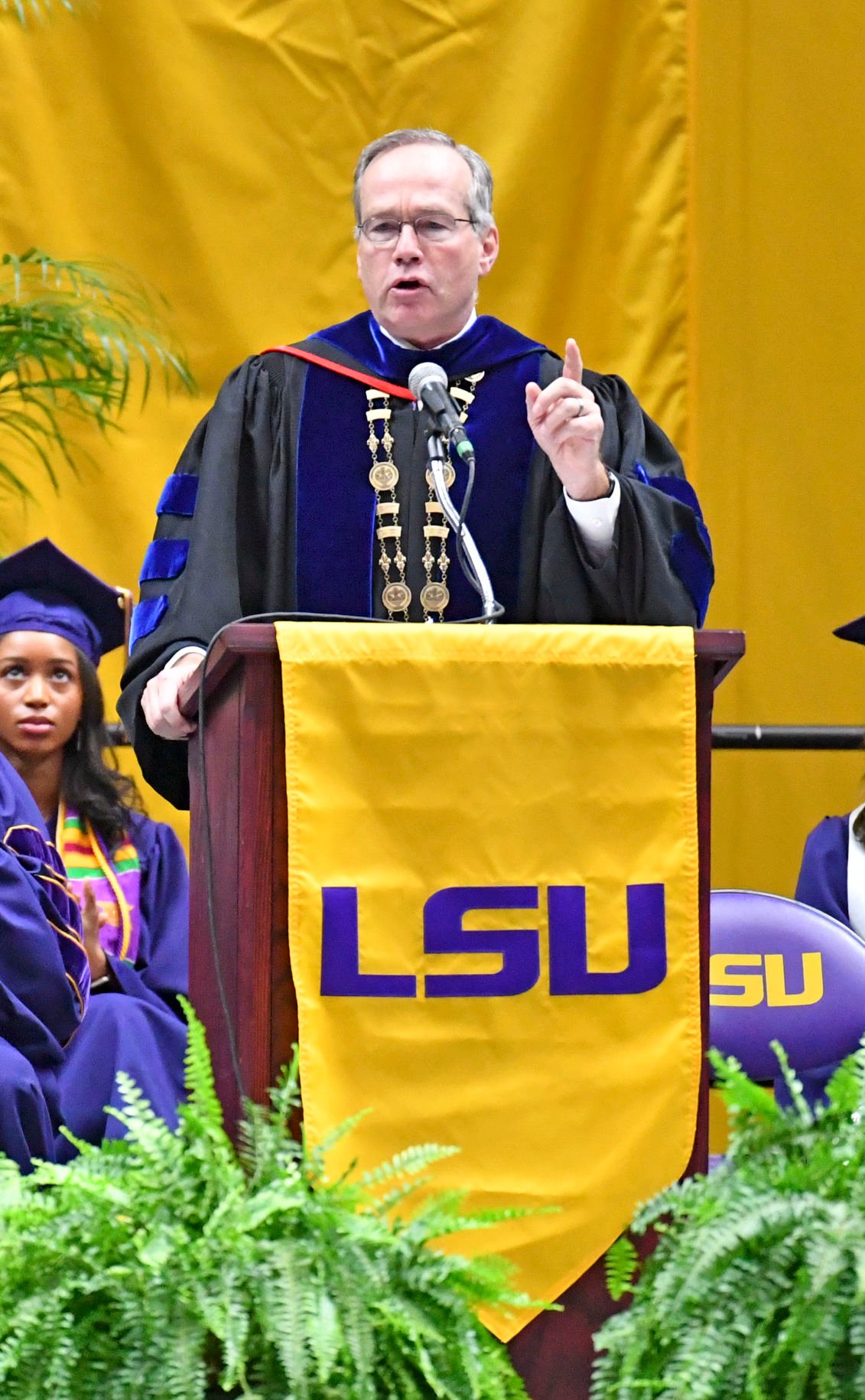 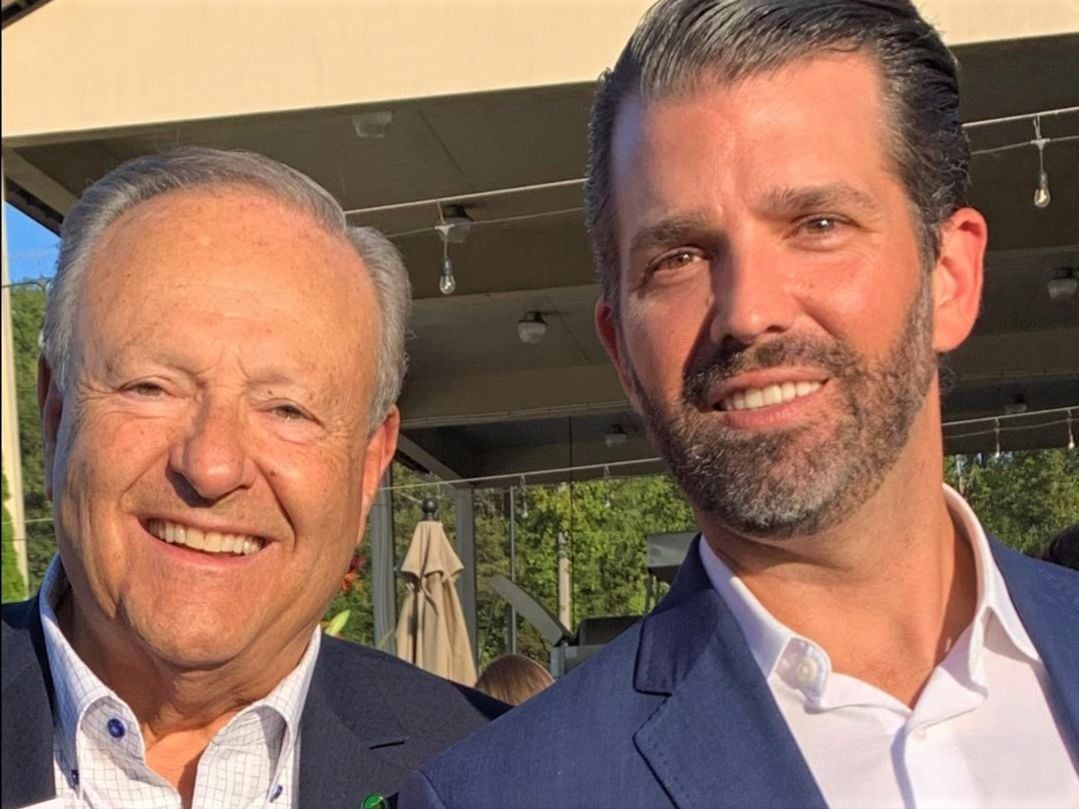 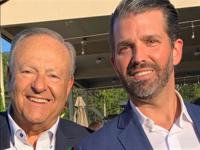 Baton Rouge businessman and LSU donor Richard Lipsey doesn’t want the LSU Board of Supervisors to split the leadership job between chancellor and president.

“Combining the jobs makes the position much more important and ensures that we can attract a truly high caliber person,” Lipsey said Tuesday.

A former member of the Board Regents, Lipsey was a member of the Flagship Coalition that several years ago pushed hard to make the president of the LSU System and the chancellor of the LSU Baton Rouge flagship one in the same person. The board agreed and F. King Alexander was hired in 2013 after a series of closed-door meetings.

With the departure of Alexander after nearly seven years at the helm, LSU Board of Supervisors Chair Mary Werner acknowledged that some supervisors were musing about whether to uncouple and hire two people – a president and a chancellor – rather than one. Gov John Bel Edwards weighed in, saying he was open to either strategy.

Answering questions about F. King Alexander: What led him to leave LSU? Who might succeed him?

LSU will launch a nationwide search after Christmas to replace President F. King Alexander, who was tapped Friday to run Oregon State Universi…

Sometimes the needs of the LSU System and the state’s flagship university are at cross purposes. And LSU is competing for students and funding with the much larger University of Louisiana System and Southern University System schools.

Almost two months have passed since Dec. 13, when Alexander announced he was leaving LSU to take up the president’s post at Oregon State University. And without a clear plan yet announced about how the LSU Board will proceed, a lot of rumors have circulated around Baton Rouge.

Idea of splitting up the LSU president-chancellor position? John Bel Edwards supports it

Gov. John Bel Edwards supports splitting up the leadership at LSU into two positions--a chancellor to helm the main campus and a president to …

Lipsey, who was frequent and sometimes harsh critic of Alexander, said he and his friends are hoping that a definitive and transparent plan on hiring a new leader will be detailed March 9 when the LSU Board meets again.

“The failures of previous LSU leadership should be addressed by hiring an outstanding leader and not be used to split the position of LSU President position in a way that robs LSU of the opportunity to select the type of outstanding leader we need. Big talent will only be attracted to a big job” Lipsey wrote in a blog on his Put Louisiana First organization that was published Monday night. “If politics and small thinking do not get in the way, when the next LSU President is announced there will be another "wow" moment when a person of outstanding qualifications is announced. If politics and small thinking interfere and the selection is what would be expected by the same old practices that have kept our state down, a historic opportunity will have been lost.”

When Alexander resigned, Werner said she was looking for the best possible replacement available without leaning towards candidates with academic or administrative credentials or was local. She said she wanted to get started as soon as possible but wouldn’t rush to fill the spot.

Mark Ballard: If LSU changes its leadership system, will it be good or bad for future?

“This is a major decision regarding the future of our university, so the Board is going to take its time and evaluate a number of possibilities for the position,” Werner said Tuesday in a prepared statement. She would not answer questions about the search.

“LSU has had success with two different models regarding the president and chancellor roles. As the Board moves forward in starting the search, we are going to not only look at both of those models but consider other configurations that we see across the country in higher education leadership,” Werner continued.

Back in 2011, a group of businessmen, including Lipsey, formed the Flagship Coalition, which was chaired by Sean Reilly, the CEO of Lamar Advertising, the Baton Rouge-based billboard company. The coalition felt that organizing all the disparate LSU-linked institutions, all operating independently, under one umbrella and moving in the same direction. The group first presented the consolidation proposal to the Association of Past Presidents of the LSU Student Body, which includes Commissioner of Administration Jay Dardenne and Stephen Moret, who handles economic development in Virginia. Both have been named as possible successors to Alexander.

LSU System President John Lombardi was fired in April 2012 by the LSU Board a few weeks after he criticized Jindal’s higher education policies at the Legislature. LSU Baton Rouge Chancellor Michael Martin then was pushed out.

Citing several studies by the National Association of System Heads, the National Center for Higher Education Management Systems as well as the Association of Governing Boards of Universities and Colleges, the Coalition pressed Jindal to move the research power of the several institutions into one entity and make LSU Baton Rouge the state’s flagship. Jindal and the LSU agreed.

Entering a second term without the budget woes of his first, Gov. John Bel Edwards plans to dole out nearly $1 million in pay raises to his st…