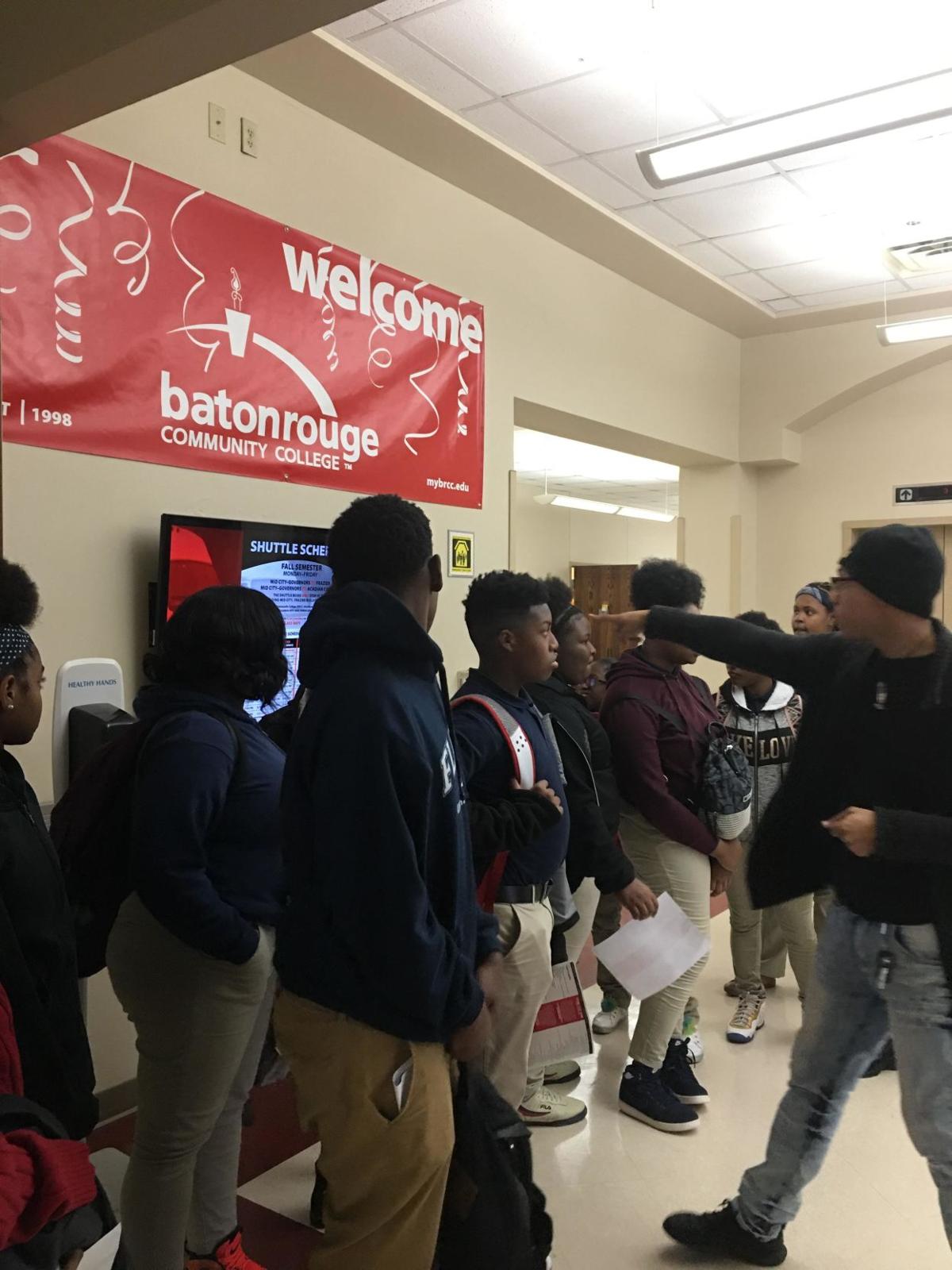 Eighth-graders from GEO Prep Mid-City of Greater Baton Rouge, a charter school, tour Baton Rouge Community College on Nov. 14. The Indiana-based group that runs their school is opening a high school this fall that will pay for them to go to the BRCC campus and take college courses there, rather than doing college-level courses at the high school. 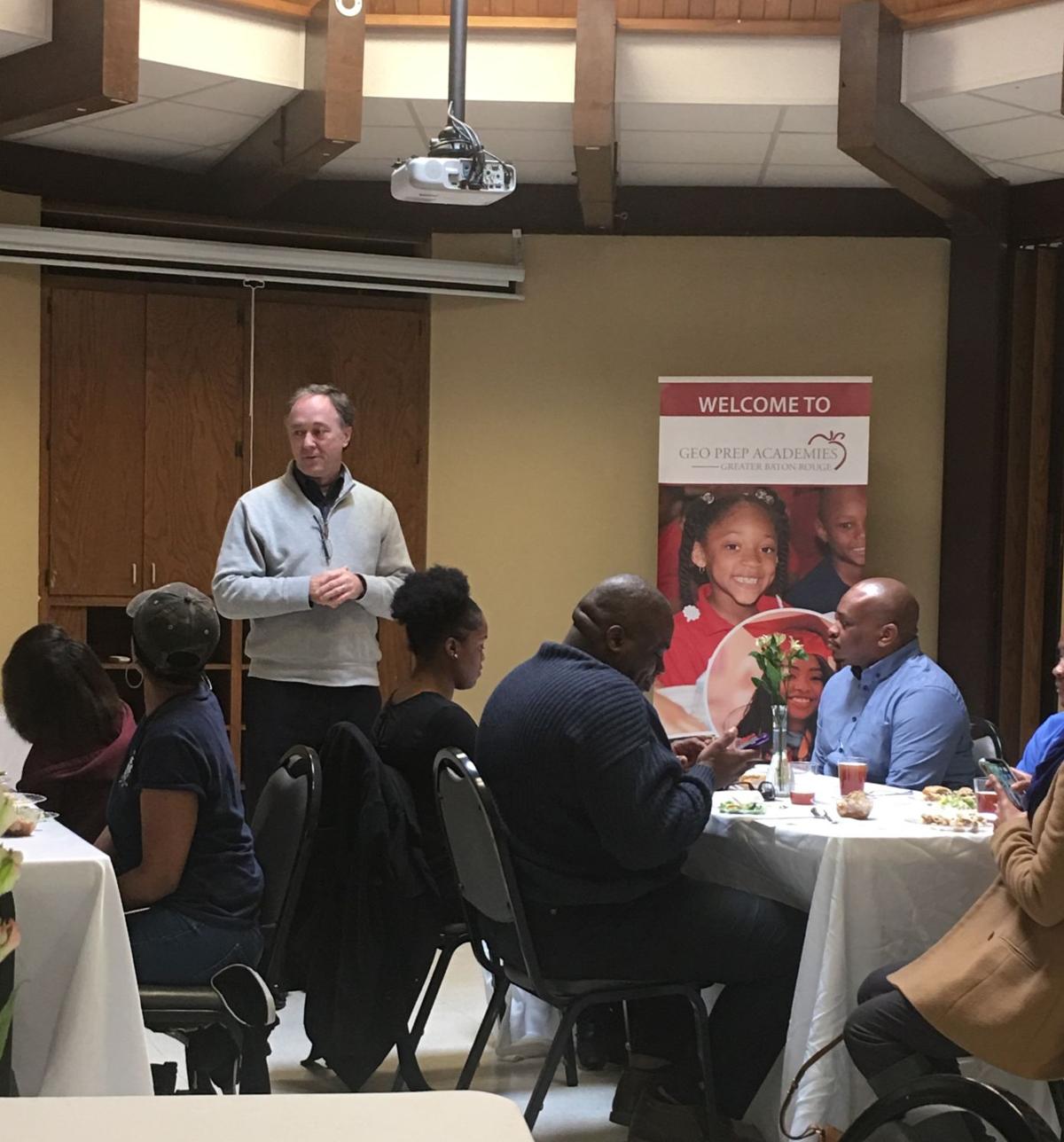 Kevin Teasley, founder and chief executive officer of GEO Prep Foundation. speaks on Jan. 24 at a "white linen" luncheon to eighth-graders, accompanied by their parents. Teasley explained a new high school the charter school group is opening this fall to the eighth-graders, who are students at GEO Prep Mid-City of Greater Baton Rouge. 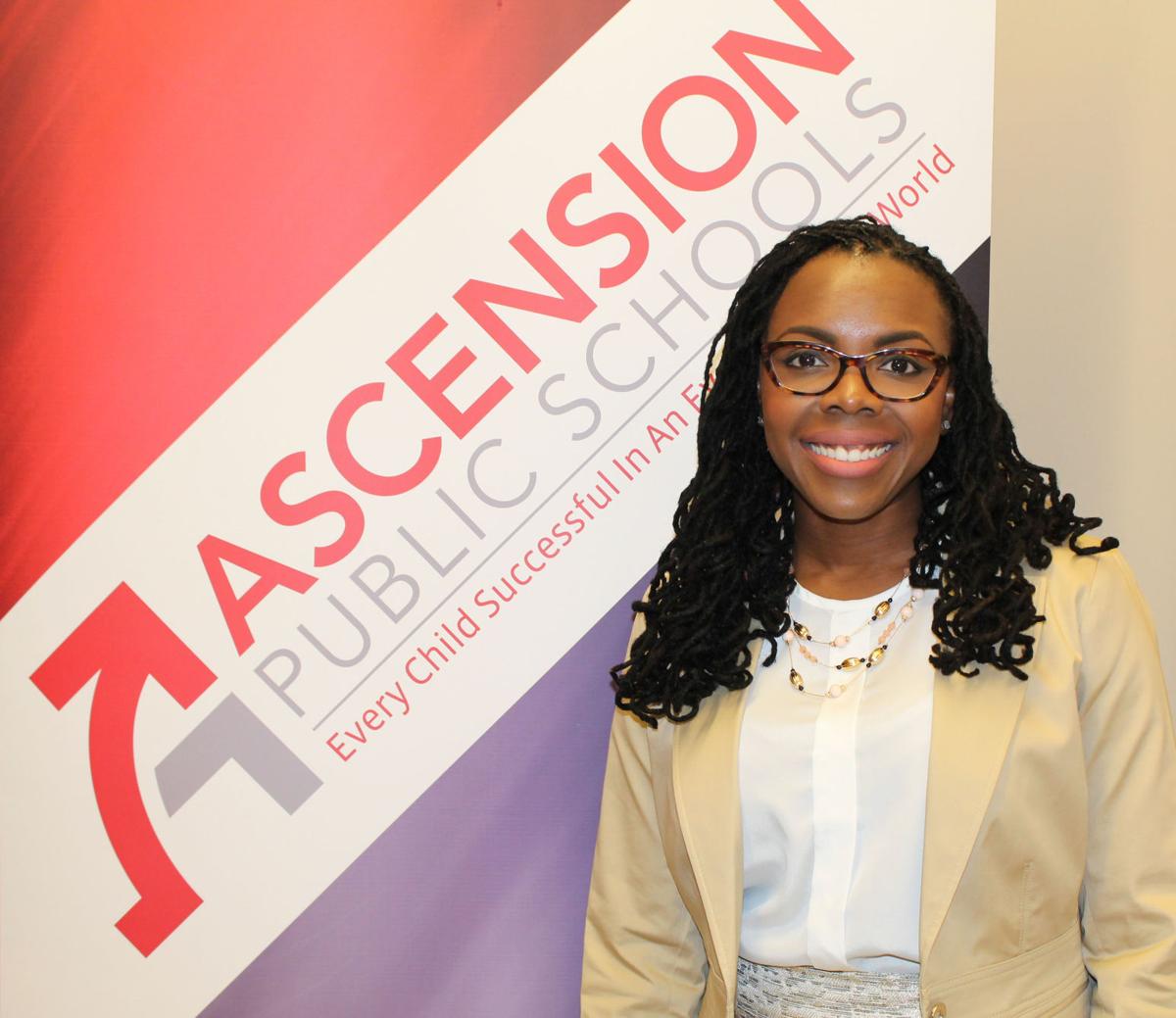 Eighth-graders from GEO Prep Mid-City of Greater Baton Rouge, a charter school, tour Baton Rouge Community College on Nov. 14. The Indiana-based group that runs their school is opening a high school this fall that will pay for them to go to the BRCC campus and take college courses there, rather than doing college-level courses at the high school.

Kevin Teasley, founder and chief executive officer of GEO Prep Foundation. speaks on Jan. 24 at a "white linen" luncheon to eighth-graders, accompanied by their parents. Teasley explained a new high school the charter school group is opening this fall to the eighth-graders, who are students at GEO Prep Mid-City of Greater Baton Rouge.

Doing college-level work while still in high school is nothing new in Baton Rouge, but high schoolers routinely taking courses on a college campus remains rare.

“Our students get not just the content, but they get the climate and culture of being on a college campus,” said Kevin Teasley, founder and chief executive officer of the Indiana-based GEO Foundation.

Opening in August, the high school is modeling itself after a school that the nonprofit charter management group has run for years in Gary, Indiana, called 21st Century Charter School at Gary.

Teasley said he plans to do the same in Baton Rouge. And like the school in Gary, he said, the charter school will pay the college tuition from its public funding so there's no cost to the student.

The high school in Gary, which opened in 2005, started as a more traditional high school. But by 2010, Teasley said the results were disappointing: too few students were enrolling in college and too few were staying in college once they got there.

“We decided we had to do something different,” he said.

Almost every Louisiana high school offers students the chance to take at least a few college-level courses. But these courses are typically held at the high school itself.

“They’re still sitting around with their friends,” Teasley said. “It’s a better deal, but it’s still not the real deal.”

When students take a college course on a college campus taught by a college professor it makes a difference, he said.

“They’re getting that experience in the room where it happens, with real college professors, real college expectations, with college rigor in the courses that they are taking,” Teasley said. “They become more acquainted and understanding of what it means to be a college kid and the mystery goes away.”

Although the number of public high school students taking college courses is up 60 percent, barely 1 in 5 of those enrolled are black students.

Among the most common examples of college-level classes taught on high school campuses are Advanced Placement and dual enrollment, both of which have substantially increased in popularity in Louisiana in recent years.

Advanced Placement is a series of courses developed by The College Board that approximate the difficulty of college courses in their respective subjects. While they don’t automatically come with college credits, students with high scores on AP exams can usually place out of similar courses when they enroll in college.

In dual enrollment, high school students enroll in select courses offered by a college, and if they pass earn credits from both their high school and the college. While students can go to the college campus, these courses are typically taught at the high school by high school teacher trained to teach those courses, or they are taken online.

Robyn Simmons, back when she was an English teacher at Donaldsonville High School, taught a dual enrollment course and fondly remembers the experience.

These days, she’s serving as the principal of Ascension Parish’s Early College Option, a high school located on the campus of River Parishes Community College in Gonzales.

Simmons said she sees a difference in taking a course on a college campus.

Among other things, she said, students are compelled to become more self reliant when they don’t have as much support as they receive at a traditional high school. And they interact with a wider mix of people in college, she said.

“They get to socialize with people from other places,” Simmons said. “Traditional high schools, you’re just there with the people in your zoning area.”

The school, which opened in 2013, allows students in Ascension to earn an associate’s degree while still in high school and to do so on a college campus. The program is modeled in part on early college high schools across the country where students bypass their high school to take courses at their local community college.

Such programs, while rare in Louisiana, can make a splash.

One of highest performing high schools in Lafayette is its early college high school, which has an A letter grade. With about 250 students, the high school is in its 11th year of operation and is located on the campus of South Louisiana Community College.

Ascension’s Early College Option is larger than Lafayette’s, with about 360 students, and is likely to top out at 400 students in the near future.

Those four neighborhood high schools in the parish count them in their enrollment, student’s test scores are routed back to the home schools, and that home school's name is what will appear on the students' diploma. The students in turn can participate in sports and extra-curricular activities at their neighborhood schools.

Students at Ascension’s early college program don’t take full college course loads until their junior year. As freshmen and sophomores, high school teachers working on the community college campus teach them all but one course a semester.

Ascension's early college high school has had two graduating classes so far, totaling about 90 students. So far, about two-thirds of those graduates managed to obtain enough credits to also earn an associate’s degree.

Simmons, who replaced founding principal Julian Serla last month, said that has improved over time. She expects almost every student in its 91-member senior class will graduate in May with both a high school diploma and an associate’s degree.

Simmons said if parents paid full tuition for that many courses out of their own pocket, they’d pay about $12,000.

And students who qualify for scholarships, like the TOPS scholarship, can bank some of that money to use on graduate school in Louisiana.

Dale Doty, chancellor of River Parish Community College, has nothing but praise for the program.

“It’s an excellent deal,” Doty said. “You’re getting half of your bachelors degree paid for by the time you’ve finished high school.”

Ascension’s program is not open to everyone. Besides being a resident of the parish, you can enter only as a ninth-grader and the school has selective admissions. While no minimum entrance scores are required to enroll in Early College Option, administrators look at student grades, GPA and their standardized test results.

GEO Prep’s new high school is more open. Its charter allows it to accept students not just from Baton Rouge, but across Louisiana. And the school has an open admissions policy.

Unlike other early college high schools, GEO Next Generation won’t be located on a college campus, though it will pay to transport students to a college. That campus will be Baton Rouge Community College, though Teasley said over time the high school may send students to LSU and Southern University as well.

The new high school is setting up shop at 2311 N. Sherwood Forest Drive. It’s aiming for 100 ninth-graders in its first year, growing a year at a time until it’s about 400 students. It eventually plans to build a new campus on vacant land at that address.

The property, formerly St. Louis King of France Catholic church and school, was purchased by GEO Prep in 2017. The high school will initially share space with GEO Prep of Greater Baton Rouge, an elementary and feeder school that opened at different location in 2015, and it currently tops out at 6th grade.

A second feeder school, GEO Prep Mid-City, joined the GEO school network in 2017. The foundation took it over from another charter school. The group is focusing its initial recruiting efforts on its 50 eighth-graders, trying to persuade them to try out the new high school.

Daniel Ross wants to learn how to code his own video games and doesn’t want to wait. So when it came time to select a high school, Baton Rouge…