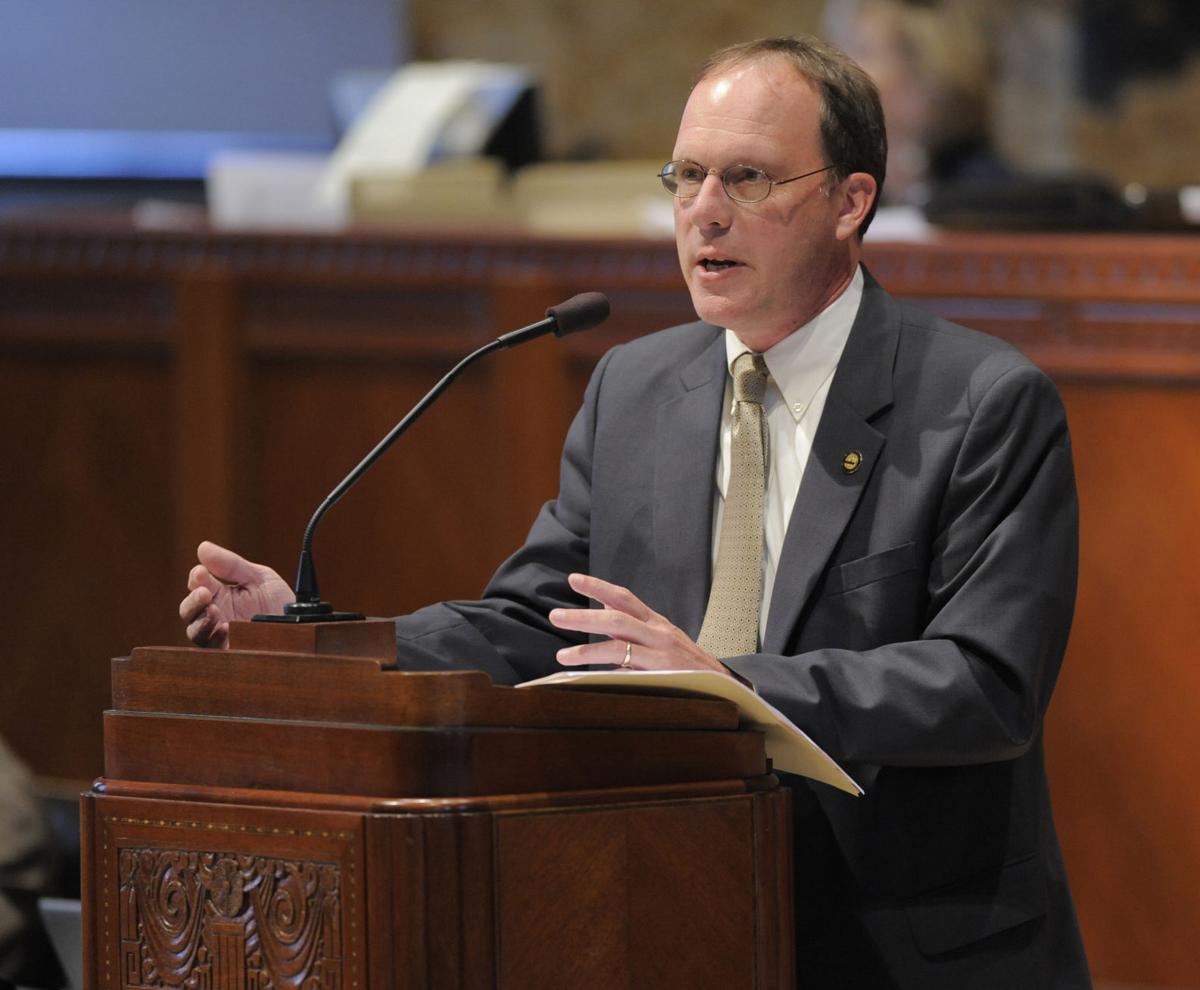 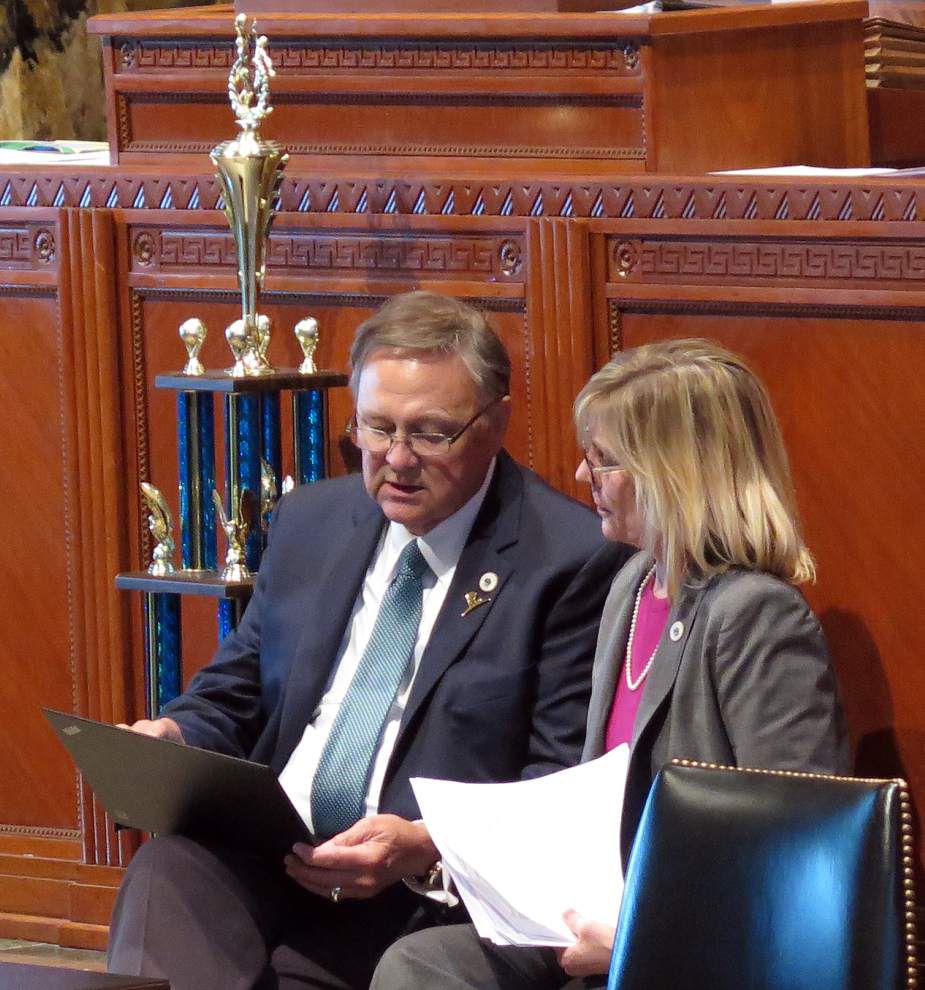 State Reps Gene Reynolds, of Dubberly and head of the Democratic minority in the Louisiana House, and Republican Nancy Landry, of Lafayette and chairman of House Education committee, during May 2016 debate over legislation that would put a floor on the amount of TOPS awards. 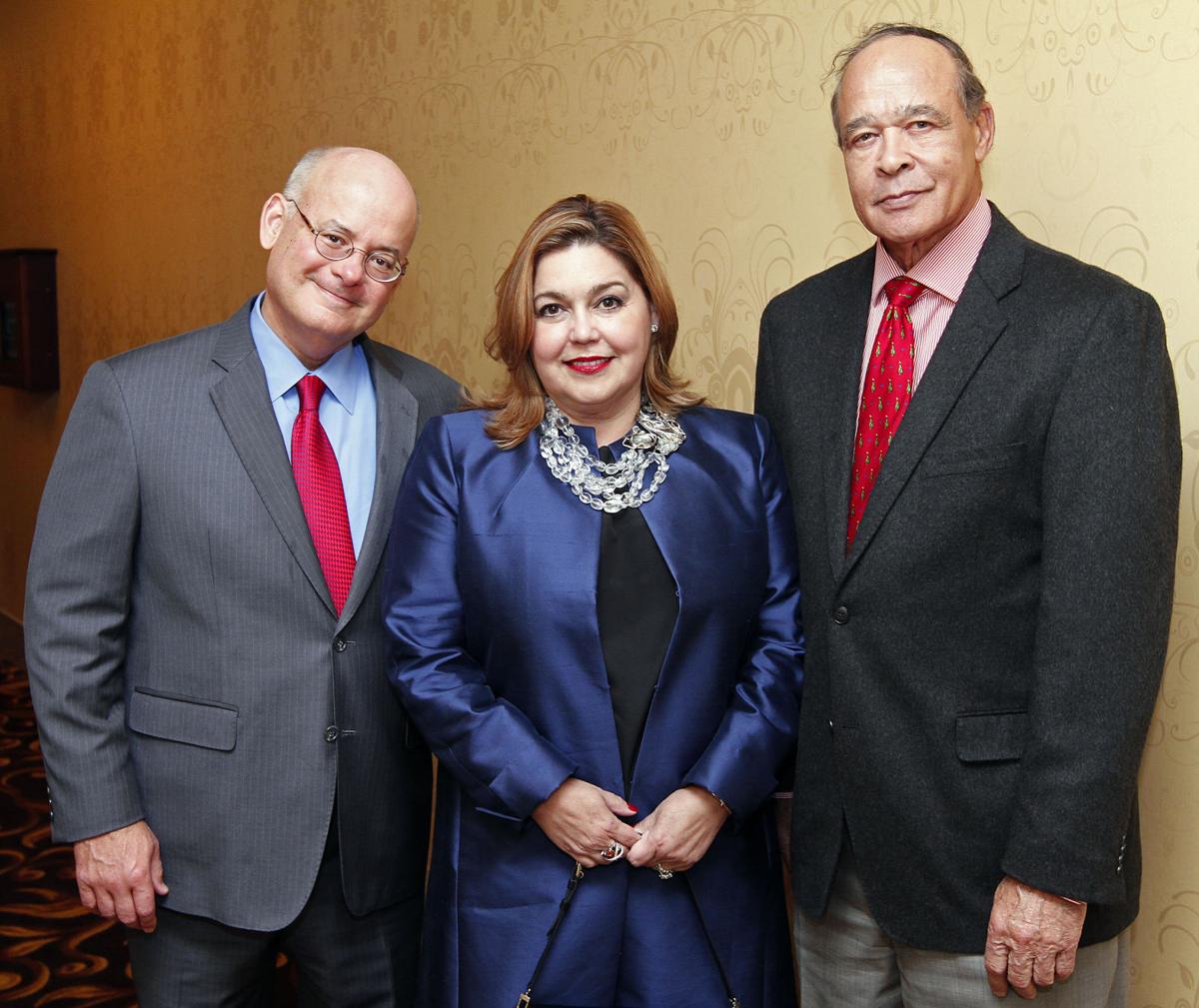 James Caillier, executive director of the Patrick F. Taylor Foundation, right, at the Loyola University 1912 Dinner in December 2016 with Jose and Ileana Suquet.

State Reps Gene Reynolds, of Dubberly and head of the Democratic minority in the Louisiana House, and Republican Nancy Landry, of Lafayette and chairman of House Education committee, during May 2016 debate over legislation that would put a floor on the amount of TOPS awards.

James Caillier, executive director of the Patrick F. Taylor Foundation, right, at the Loyola University 1912 Dinner in December 2016 with Jose and Ileana Suquet.

In a bipartisan but controversial push, two state lawmakers have filed bills that would make it harder for students to earn a Taylor Opportunity Program for Students award.

The bills are virtually identical and will be debated during the 2017 regular legislative session, which begins April 10.

Both also will be opposed by the Patrick F. Taylor Foundation, which is named after the founder of the popular scholarship.

Under current rules, high schools students must achieve a cumulative GPA of at least 2.5 on the core curriculum to be eligible for TOPS.

Both bills would increase that to 3.0 for the basic TOPS award, called "Opportunity."

"The purpose of TOPS is to keep the best and brightest here," Foil said Monday. "To fulfill the intent of the program, raising the GPA from 2.5 to 3.0 is a good measure."

Like thousands of students statewide, LSU sophomore Jason Badeaux is scrambling to come up w…

Reynolds, who said he plans to work with Foil, made a similar point. "If we are going to spend the money we are spending, I want excellence," said Reynolds, a former educator who is chairman of the state House Democratic Caucus.

The eligibility criteria for other forms of TOPS would remain unchanged.

James Caillier, executive director of the Patrick F. Taylor Foundation, said one of the benefits of TOPS is that it encourages high school students to take more rigorous classes to earn the assistance.

"If we change that, we will change the whole culture of high school," Caillier said. "We will create an environment where students will take the easy route out and thereby be less prepared to go to college."

He said minority and low-income students would be heavily affected.

TOPS bills regularly spark arguments, and previous bids to toughen eligibility rules have failed. However, new funding problems for TOPS could change the debate this time.

TOPS is supposed to pay for tuition and some other costs, depending on the level awarded.

The new rules would apply to students who graduate from high school during and after the 2020-21 school year.

However, they are receiving around 70 percent of the normal amount for the current semester because of state financial problems.

Like thousands of students statewide, LSU sophomore Jason Badeaux is scrambling to come up w…

The state faces a projected shortfall of about $440 million for the financial year that begins July 1, which means TOPS may be underfunded again this year.

The Legislature appropriated $209 million for TOPS for 2016-17. Fully funding TOPS would have required a $296 million appropriation.

Backers of tougher standards contend Louisiana has set the academic bar too low for a merit award.

Others have argued that current rules are overly restrictive and unattainable for some students, especially those from low-income families.

Foil said his legislation especially makes sense because of state problems financing TOPS and would ensure aid for the most deserving students.

"I am trying to tighten up the solvency of the program," he said.

Reynolds said that, when the bill is revised, he would favor offering students ways other than a 3.0 GPA to earn TOPS, such as rewarding students for meeting a certain ACT score. The ACT is a test of college readiness.

Reynolds' bill also would allow students who are in good academic standing to leave college for a year or two, such as for a job, and return to school with TOPS assistance resuming.

He said that provision stems from evidence students between the ages of 23 and 26 are the fastest growing part of the student  body.

Foil said Caillier asked him if he would be willing to study the issue more. "I told him I would like to move forward with a bill, but I would work with them to take care of their concerns," he said.

Caillier noted that last year, the Legislature approved a bill that increases GPA rules for the two of the other forms of TOPS — "Performance" and "Honors" — that have higher awards.

"We felt that 'Opportunity' should remain where it is," he said. "We discussed that at length."

Caillier added, "If we make the requirements too high, we will create a bridge too far. The students won't even try."

Tougher TOPS requirements shelved by state Board of Regents; here's why

With little discussion, the state Board of Regents voted Friday to shelve a proposal to toug…

In February, the state Board of Regents shelved a staff study recommendation that would have required recipients to earn at least 30 credit hours per year, up from 24 now.

Foil said problems with funding could change the legislative landscape.

"In the past, when TOPS was fully funded, no one wanted to make any changes," he said.

Grace Notes: Is this the year lawmakers muster the courage to tackle TOPS?

Stephanie Grace: No matter how TOPS changes, legislators must get real with students, families

If there's one word to describe what lawmakers will face when they converge on Baton Rouge this week for the regular legislative session, it's…

'It's a burden on the state': Students taking too long to earn college degrees, regents' chairman says

Students are taking too long to earn undergraduate college degrees, the chairman of the state Board of Regents said Wednesday.

Grace Notes: Lawmakers have choice to adjust TOPS income, academic criteria, or do nothing at all

It's no secret that the Taylor Opportunity Program for Students scholarships, which have become a treasured entitlement in Louisiana, are awar…

In a groundbreaking program to start this summer, Southeastern Louisiana University will promise incoming freshmen their tuition won't be rais…

In a major change, Louisiana high school students would have to fare better in their key classes to earn a TOPS award under a bill that won ea…

After a sometimes heated debate, a bid to make it harder to land a TOPS scholarship narrowly won approval in the Louisiana House on Tuesday.

Ensuring the long-term financial stability of TOPS should be the key aim of a Louisiana House and Senate panel about to tackle the issue, newl…