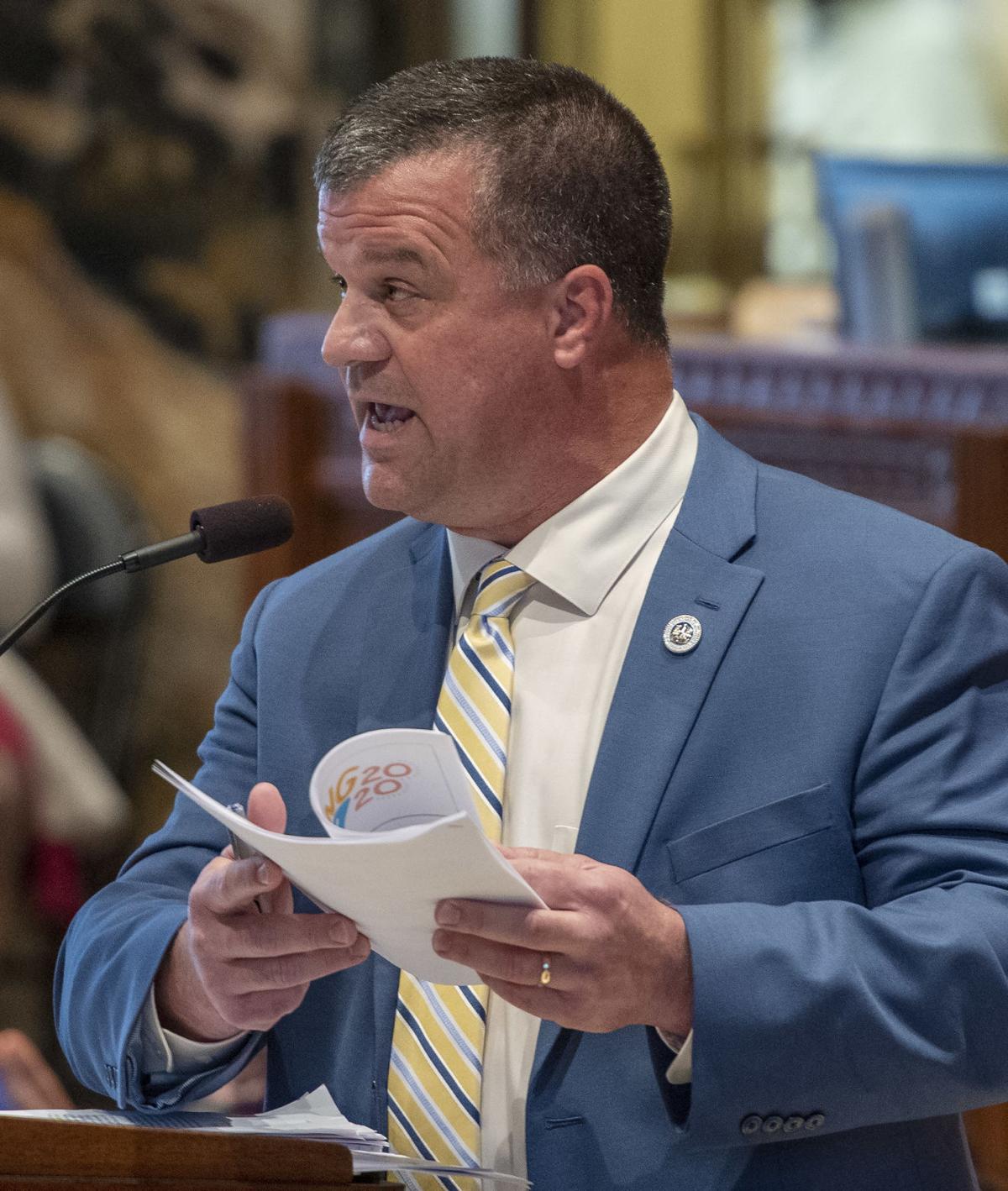 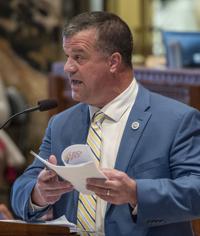 Rep. 'Buddy' Mincey Jr., R-Denham Springs, answers questions on HB59 during the last day of the special legislative session Tuesday June 30, 2020, in Baton Rouge, La. The measure passed on a close vote of 54-40. 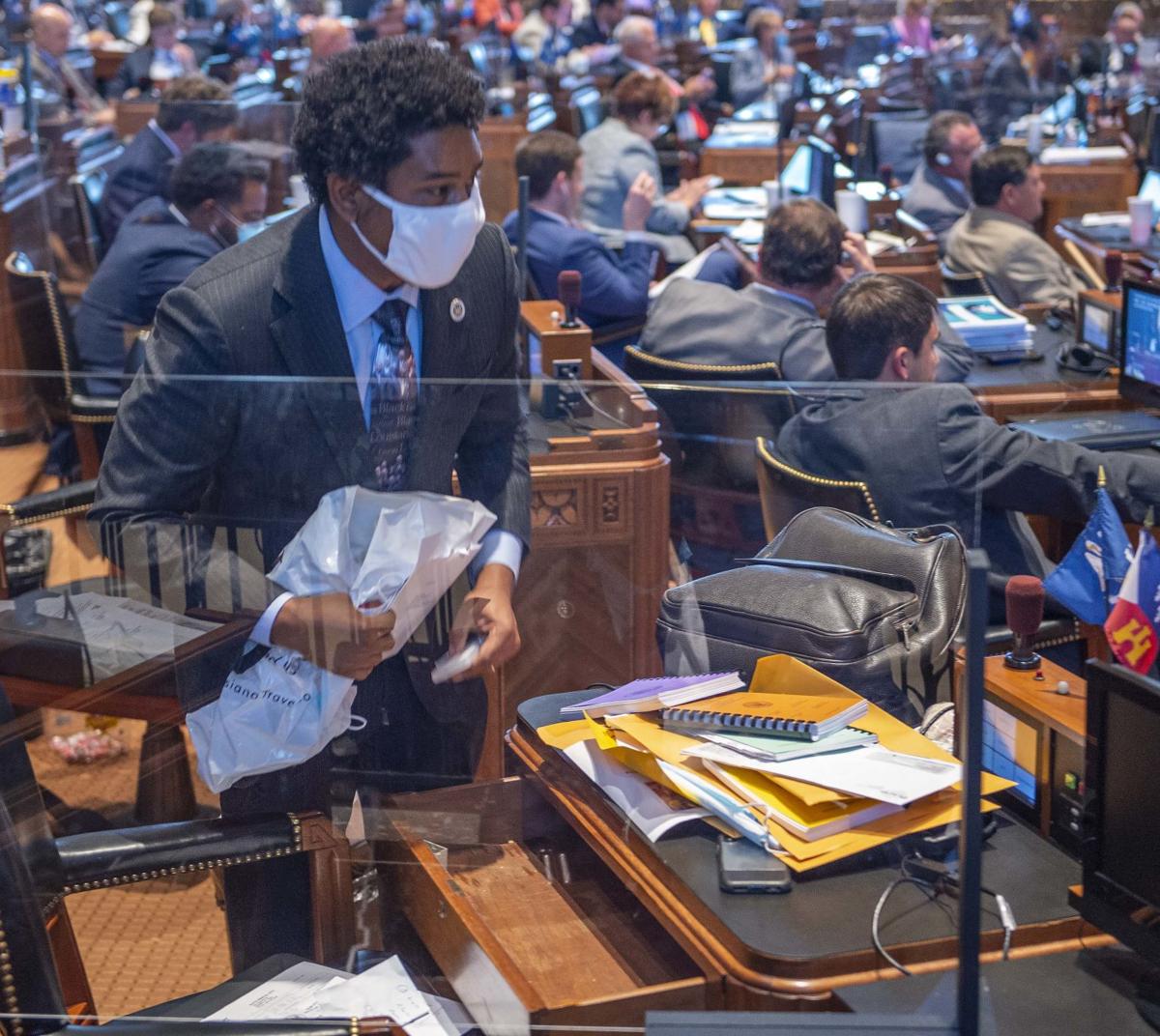 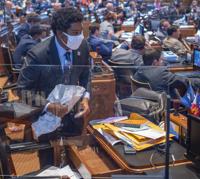 Rep. Gary Carter, D-New Orleans, separates the trash from the treasure while cleaning out his desk during the last day of the special legislative session Tuesday June 30, 2020, in Baton Rouge, La.

Rep. 'Buddy' Mincey Jr., R-Denham Springs, answers questions on HB59 during the last day of the special legislative session Tuesday June 30, 2020, in Baton Rouge, La. The measure passed on a close vote of 54-40.

Rep. Gary Carter, D-New Orleans, separates the trash from the treasure while cleaning out his desk during the last day of the special legislative session Tuesday June 30, 2020, in Baton Rouge, La.

Despite last-minute objections from state education leaders, the Louisiana Legislature narrowly approved a bill Tuesday that would ban most civil lawsuits against school districts and colleges over coronavirus claims.

After a lengthy discussion the House approved a compromise version of the bill 54-40, one over the minimum required.

Moments later, and just moments before the special session ended, the Senate endorsed the plan, sending the measure to Gov. John Bel Edwards.

The key feature of the plan – House Bill 59 – is a ban on most civil lawsuits against public and private schools and colleges by students, teachers and other school employees who claim they contracted the virus because of lax school procedures.

Without some legal protection, Mincey told the House, the 2020-21 school year would consist of remote learning for many districts.

But a change launched in the Senate sparked pushback, and behind-the-scenes arguments Tuesday, from leaders of the state Department of Education and the state Board of Elementary and Secondary Education.

A Senate amendment requires both BESE and college governing boards, including the LSU Board of Supervisors, to spell out minimum safety standards schools and colleges have to follow for the upcoming school year.

In addition, those benchmarks have to be "informed" by guidelines spelled out by the Centers for Disease Control and Prevention, a softening of earlier Senate language that the rules in Louisiana would have to "conform" to CDC standards.

House Education Committee Chairman Ray Garofalo, R-Chalmette, said attorneys for the department, BESE and the LSU board said their panels would be subject to lawsuits if schools fail to carry out the policies, and that the state would need 500 new employees to enforce safety standards for returning students.

Garofalo said a district that "totally innocently" fails to follow a BESE-mandated safety guidelines could make the policy-making board without enforcement powers subject to a lawsuit.

Mincey, a 13-year veteran of the Livingston Parish school board, told the House that the issue "caused a little bit of turmoil today."

Asked by Garofalo if the bill would put BESE and other state boards at risk of litigation Mincey said, "I guess that would be up to esteemed lawyers like yourself. I guess the potential is there."

Mincey said local educators are simply looking for state guidance in reopening schools, which he said BESE can provide in addition to recommendations released last week by the state Department of Education.

Under the bill, civil lawsuits would only be allowed if plaintiffs could show that school districts displayed gross negligence during the health emergency.

The bill requires the state board to settle on emergency rules by July 15, which may spark a special meeting of the 11-member panel.

BESE President Sandy Holloway did not respond to a request for comment.

A spokesman for the board said Tuesday officials had no comment on the legislation.

The bill was requested by the Louisiana School Boards Association, which represents board members statewide.

It breezed through the House before undergoing changes in the Senate.

"I tell you this bill has been a journey," Mincey told the House. "I cannot even begin to tell you all the lessons I have experienced, the education I have gotten. And not all of them have been good."