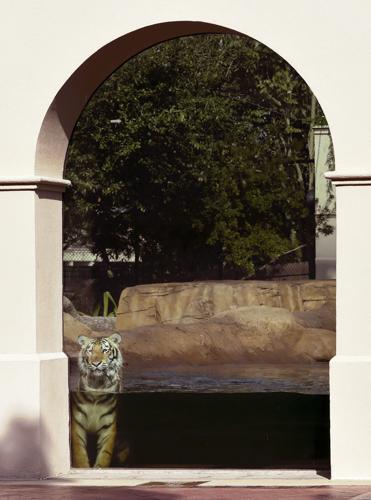 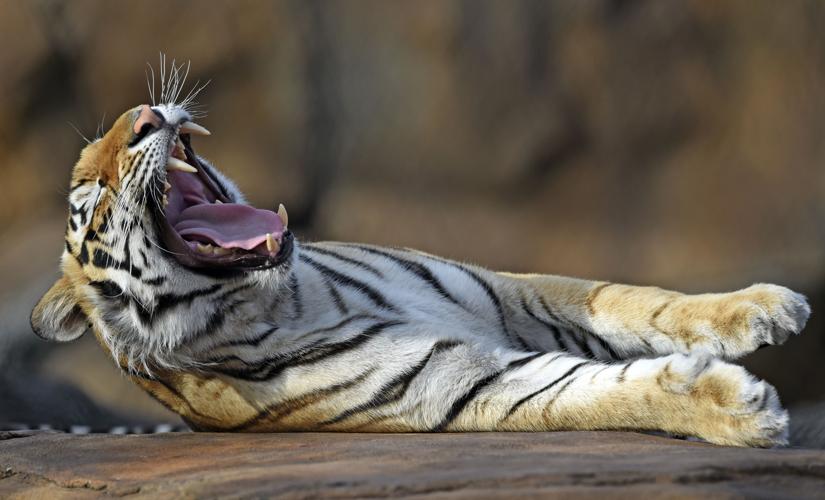 About 35,000 people, so far, have signed a petition asking LSU to release Mike the Tiger and permanently stop having a live tiger mascot.

“We believe that animals shouldn’t be used as entertainment, they aren’t here for our amusement,” said Rebecca Gerber of Care2, a California-based social media operation with 40 million members. Care2 is sponsoring the effort that began two weeks ago.

Though LSU has spent millions improving the mascot’s enclosure, Gerber said Wednesday the point is that having a wild animal on campus as a tourist attraction makes it easier for people to accept killing animals for consumer trifles, which is the most likely end for tigers bred in captivity.

“They should be in the wild and respected,” she said. “Even treated very kindly, it’s easier to see them as here entertainment, disposable props for football … We’re trying to stop that message completely.”

Mike VII’s official welcome was rained out Tuesday, which allowed LSU to discuss how the new live mascot underscores the need to protect the e…

This isn’t Care2’s first stab at petitioning LSU on behalf of Mike VII. Soon after Mike VI died of cancer, the group gathered 142,000 signatures asking LSU not to replace him with a new tiger. In comparison, the petition asking to create the City of St. George had about 13,000 signatures in June.

Gerber isn’t optimistic about the chances of this petition leading to a sit-down with LSU President F. King Alexander.

But LSU did respond through Ernie Ballard III, LSU media relations director, who wrote Wednesday in an email: “The university does not support the for-profit breeding of tigers. By providing a home for a tiger that needs one, LSU hopes to raise awareness about the problem of irresponsible breeding and the plight of tigers kept illegally and/or inappropriately in captivity in the U.S.”

Gerber noted that LSU is the largest of the handful of campuses that still house live wild animals on their campuses.

Tom III at the University of Memphis is the only other live tiger mascot. The University of North Alabama in Florence has two lions and Ralphie the Buffalo leads the University of Colorado team on the field after an AC/DC song. Baylor University has bears in an on-campus zoo exhibit in Waco, Texas. And there’s the golden eagle at Auburn.

Most live animal university mascots are domesticated like Reveille, the collie at Texas A&M, horses at a couple of colleges, and a bunch of bulldogs representing several different universities.

The tiger announced early Monday as LSU’s new mascot, Mike VII, was something of child star – taking photos in the laps of tourists as a cub.

Only a handful of those signing Care2 petition about Mike the Tiger are from Louisiana.

Most are from other states. Ann S., of Kentucky, wrote on the petition that she feels “no sentient being should be locked in a cage for life.”

Many are from overseas. “You cretins at Louisiana University - this is a TIGER! Tigers are loners, they must roam wide and free. Caging them is torture, out and out torture,’ wrote Judith A. of Queensland, the Sunshine State of Australia.

LSU’s tiger nickname comes from Confederate units, primarily from the New Orleans area, that had a reputation for rowdy behavior and hard fighting. A live tiger mascot, Mike I, was added in 1936 when Mike Chambers, an athletic trainer at the time, bought Mike I from Arkansas Little Rock Zoo for $750.

In August 2017 when Mike VII arrived in Baton Rouge, Alexander talked about LSU playing a conservation role by using the mascot’s popularity to teach people about tigers in the wild.

Prior to LSU, Mike VII was named Harvey.

Harvey is a Bengal/Siberian mix, unheard of in the wild because territories are thousands of miles apart, is common among tigers bred in the U.S. for commercial purposes. When Harvey was a cub, tourists would pose for photographs with him. At three months old, he became too large – 25 pounds is the limit – and was sent to sanctuary to await purchase or death.

A growing black market for tiger parts – skins can sell for $5,000 as a rug – and for medicinal remedies – applying tiger whiskers is said to cure a toothache – can turn a live adult tiger worth a few hundred dollars into a resource worth up to $50,000 dead, according to Tigers in America, a New York-based organization that helps find homes for the abandoned cats.

The facility Harvey ended up at was cited for health and safety violations by Florida officials and the interim owners spent their time trying to find homes for the animals. LSU and BREC Zoo veterinarians found Harvey at the Florida facility and brought him back to Baton Rouge.

Tiger sanctuaries are a hit on Netflix. But do you know how LSU rescued Mike VII?

Rewind the clock two and a half years. How did LSU’s newest tiger mascot end up at the university? His previous owners described the cub’s res…