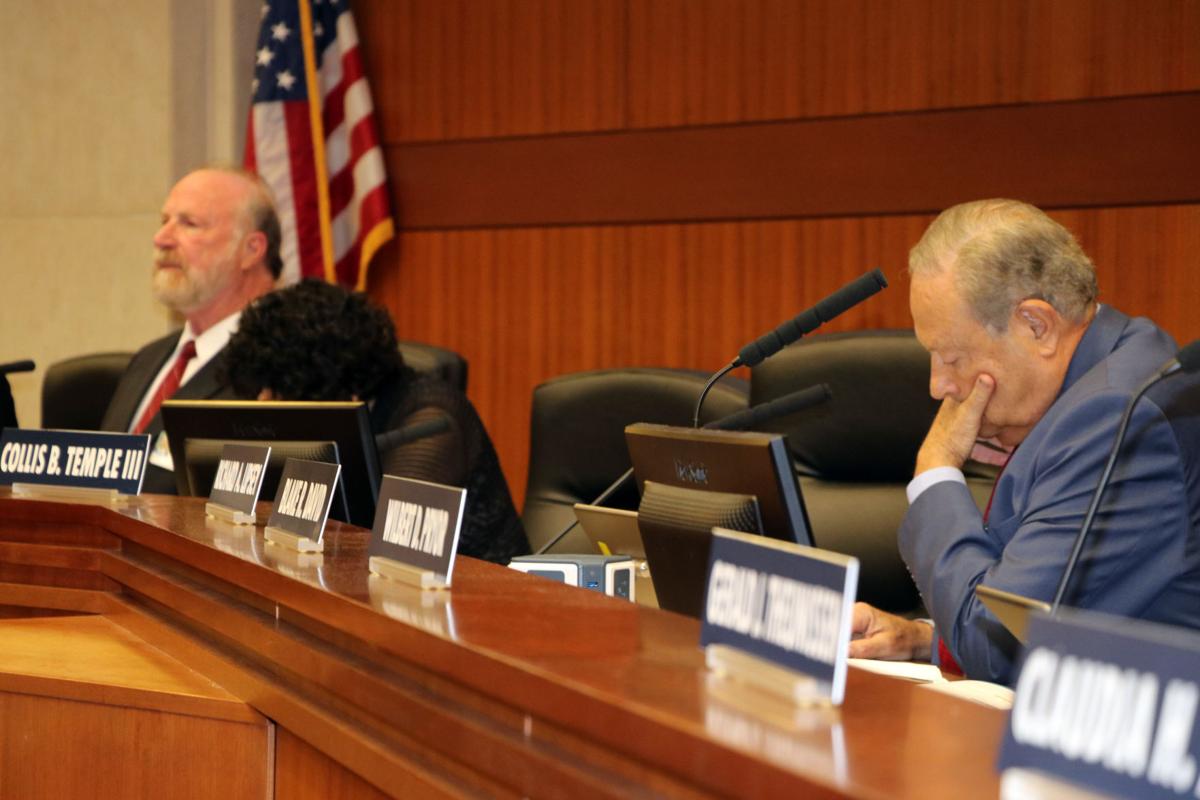 Board of Regents Chairman Robert W. Levy and Regent Richard Lipsey discuss changes in LSU admission standards during the board's meeting on Sept. 26, 2018. 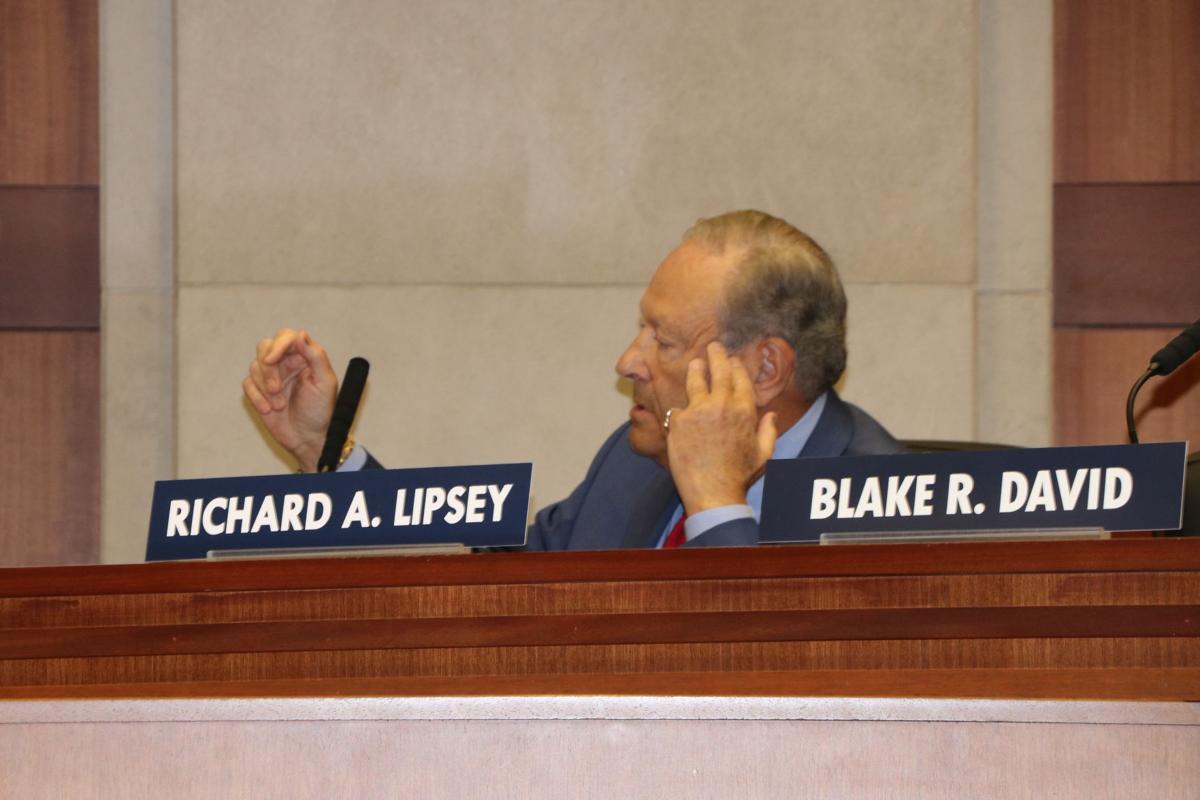 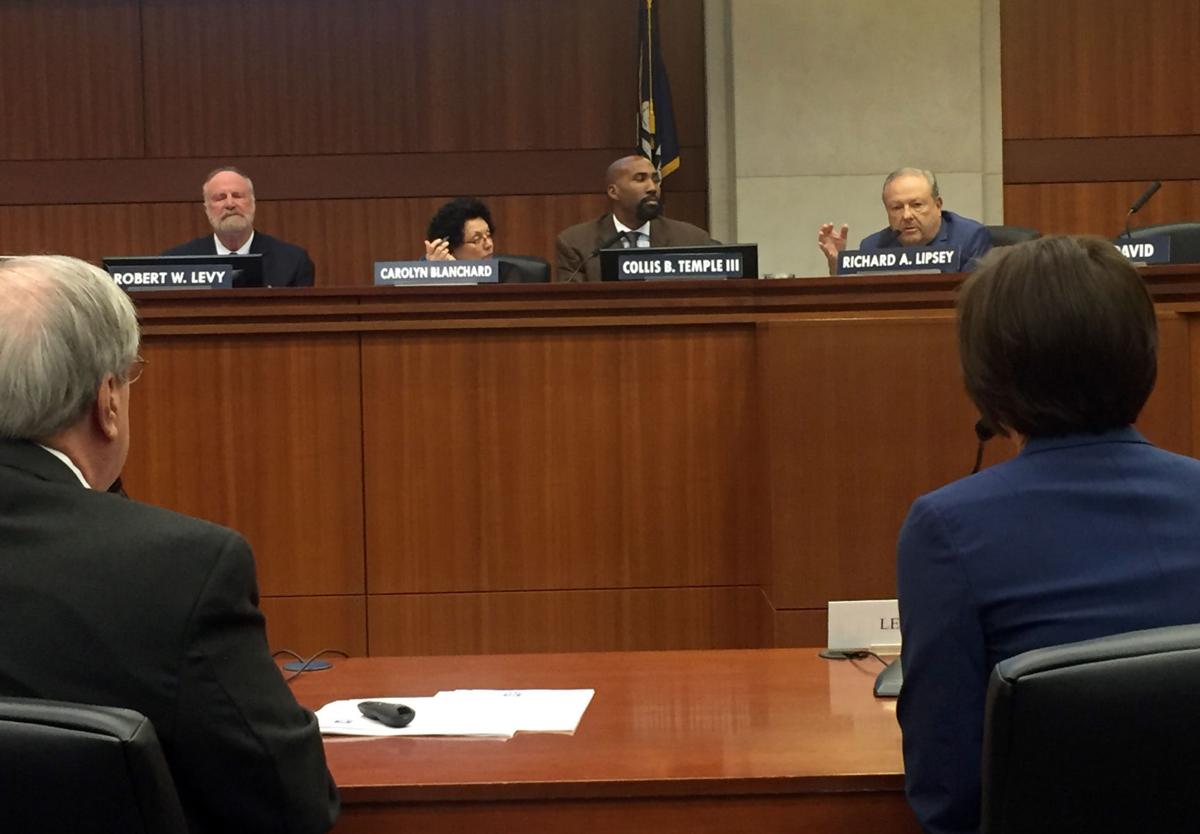 Board of Regents Chairman Robert W. Levy and Regent Richard Lipsey discuss changes in LSU admission standards during the board's meeting on Sept. 26, 2018.

The policy-setting board for higher education Wednesday initiated an audit of university admission standards after LSU unilaterally lessened the importance of college board tests like the ACT.

LSU’s change to stop automatically disqualifying applicants who didn’t score at least a 22 out of 36 on the ACT has proven controversial.

Critics say the move towards “holistic admissions” threatens to allow less qualified students into the state’s leading university. LSU counters that reviewing essays, recommendations and the student’s achievements provides better indicators of success than relying solely on a test score.

But the Board of Regents set the rules and they want to know how well the admission standards established more than a decade ago are being followed by the public universities.

LSU is preparing to announce its largest freshman class in history, and I want to celebrate this accomplishment with you, the Baton Rouge comm…

“We do have the authority to collect data to see if the universities are operating outside the lines,” said Regents Chairman Robert W. Levy. "Given the heightened interest in admissions standards and the role of the Board of Regents in enforcing standards and expectations, now is clearly the time to take a deep dive into our institutions' compliance.”

Just what the board can do about any infractions is still up in the air and will be discussed further once a firmer picture of what’s happening is established, Levy said. But, the Regents distribute the money to the individual schools, so at least one possibility is to withhold funding.

Commissioner of Higher Education Kim Hunter Reed said the Regents also need to analyze if the admission standards are helping identify students who finish their studies and graduate. “We need to know how these standards are working. Are the students successful?” she said.

Despite rocky finances for most of the past decade enrollment at LSU and Southern University is up slightly, according to preliminary figures …

Prior to convening their regular monthly meeting on Wednesday, the Regents shoehorned into a small conference room to hear Larry Tremblay, Regents Deputy Commissioner for Planning, Research & Academic Affairs, explain the specifics of how the audit would work.

For various reasons, the Regents have never looked at how the admissions standards interplayed with how well the students performed. “This is a brand, new procedure,” Tremblay said.

Regents staff will begin taking information from the universities in January. The report is expected to be completed by May or June.

The audit will look at students who were admitted but didn’t meet the institution’s minimum criteria as set by the Regents.

As the person most involved in carrying out LSU’s new admissions policy that discounts the importance of college board tests, like the ACT, Jo…

Regents gave, since 2010, the universities a little wiggle room by allowing admittance of a certain percentage of students thought worthy but who failed to meet the criteria.

For the 21,529 students entering college for the Fall 2017 semester, the latest numbers available, 1,062 students or 4.9 percent were flagged as exceptions, Tremblay said.

Sometime during the 14th straight day sandblasting rusting metal in the Gulf, I soured on offshore work.

Because Regents have an “or” standard, while LSU had an “and” standard, Tremblay said LSU could still be complying with the Regents.

LSU administrators quietly stopped disqualifying applicants solely because of poor ACT scores with the freshman class that began earlier this month. High school aspirants for LSU’s 2019 fall class, who already are putting together their applications, will have to submit essays and recommendations along with high school transcripts and college board test scores.

The LSU Board of Supervisors didn’t vote on the change in policy as it did in the 1980s when the criteria was established.

In public and in private, LSU Board seemingly in support of new holistic admissions standards

LSU Board Chairman James M. Williams said the supervisors would release a statement on Sept. 11, but never did. Williams did not return calls seeking to learn why.

After the decision was publicly reported in The Advocate, critics argued that LSU had cheapened its elite flagship status by admitting less qualified students.

“The years and years and years of living by higher standards, and raising the standards,” said Regent Richard A. Lipsey, who has been one of the more vocal opponents, “and we have been successful every single year. Why are we going to this new method?”

A Breaux Bridge-based private school is moving into a spot at Northgate Mall.

Acadiana Food Hub, a nonprofit new restaurant and food truck incubator, is holding a fundraiser Sunday that will feature food from both local …

Mary Carol and Thomas R. LeBlanc Sr. will be recognized as the 2018 Leaders In Philanthropy Award for Iberia Parish, an honor presented by Com…

Who should get into Louisiana universities? Board of Regents to audit schools' admission standards

Jeff Sadow: LSU regents should save taxpayer dollars by striking down 'holistic admissions'

The Louisiana Board of Regents must halt Louisiana State University’s quest to enrich itself, wasting taxpayer dollars and lowering academic s…