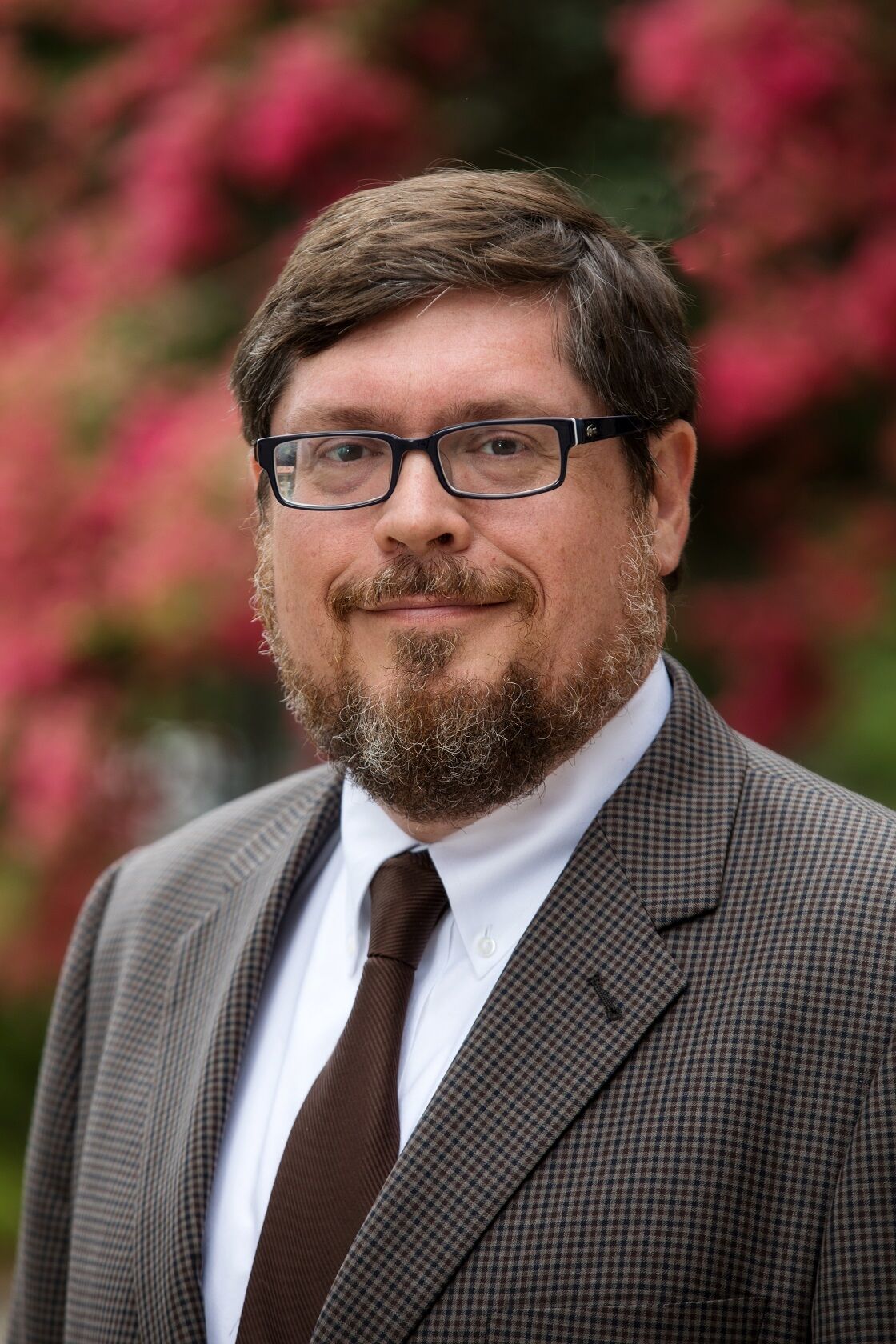 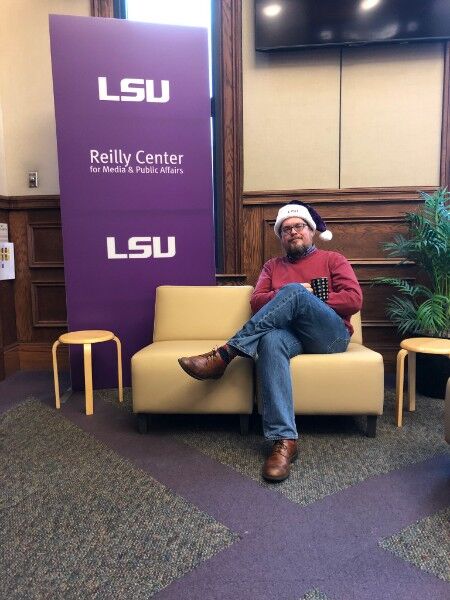 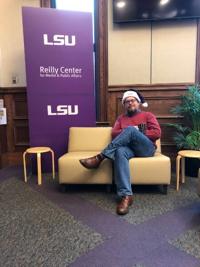 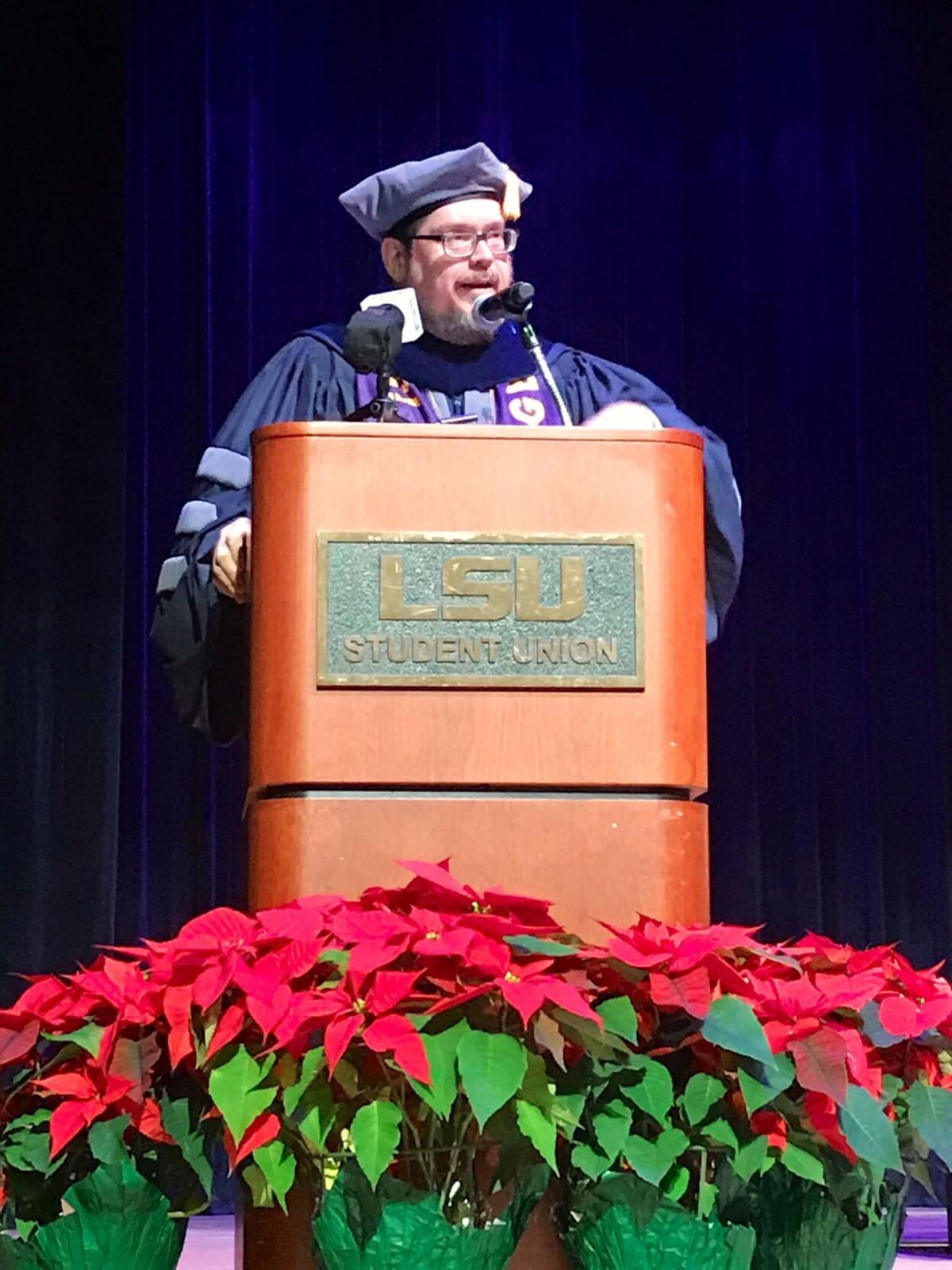 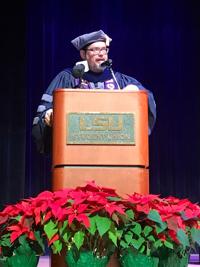 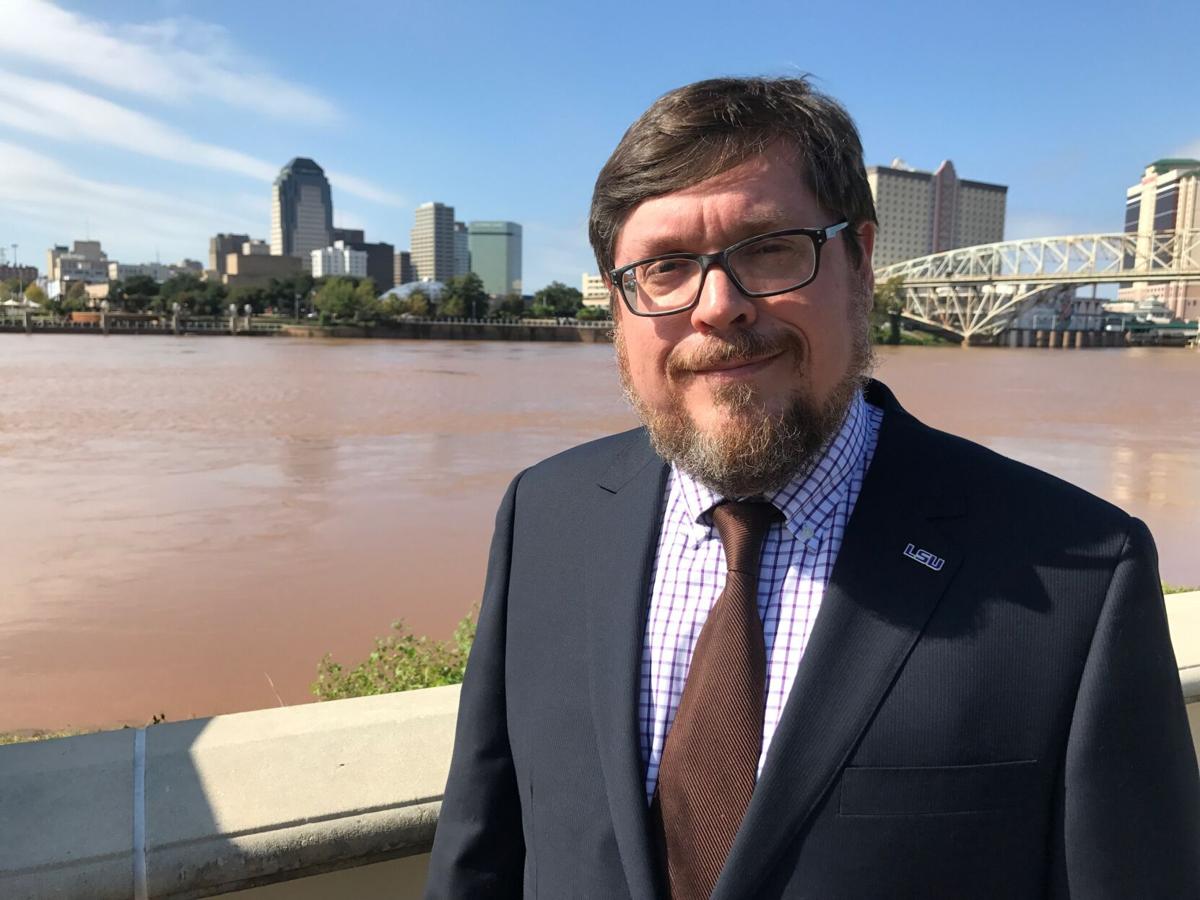 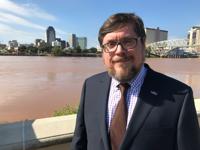 Martin Johnson, a longtime trainer of young reporters and editors who two years ago was named dean at LSU's Manship School of Mass Communication, has died. He was 50.

"He was an incredible person, father, and a friend and confidant to so many of us," said Josh Grimm, associate dean for undergraduate studies at Manship. "This is a loss we will feel forever."

Grimm said Johnson passed away in his sleep overnight Monday. After consulting with his family, university officials said Tuesday afternoon Johnson died of a heart attack

Johnson was an expert in social media and was often sought out for his thoughts on public commentary. Before being named dean of the Manship School in 2018, replacing Jerry Ceppos, he was associate dean for graduate studies and political communication for the school.

"It was so easy handing off the school to him because he was a distinguished academic researcher, but he also understood in minute detail the practical aspects of working in the mass communication profession," Ceppos said Tuesday.

Johnson earned a bachelor’s degree in journalism from Manship in 1991 and had been an editor of The Daily Reveille, the student newspaper, and an announcer at KLSU, the student-run radio station. Ceppos said Johnson was the first Manship dean to have graduated from the school.

After graduating from LSU, Johnson received a master's and Ph.D. in political science from Rice, then later served as department chair and professor of political science at the University of California, Riverside.

A love of Baton Rouge and LSU brought him home. He immersed himself in growing and transforming Manship, shepherding students to their passions and providing a voice for the school that formed him.

"He was a titan," said Zach Roubein, a 2020 Manship graduate who had Johnson as his thesis director. "Someone with his pedigree makes a choice to be where they are. He always chose us."

Dean Jonathan Earle at the LSU Honors College said Johnson "understood how Louisiana worked," from its politics to its young people, and often provided context and guidance to other deans and professors new to the state.

Inside the Journalism Building, "he was really the perfect dean for the Manship School," said Christopher Drew, who holds the Fred Jones Greer, Jr. endowed chair. "He had a broader perspective, but knew Baton Rouge and knew LSU well."

Drew said students recalled Tuesday how Manship felt like family, largely because Johnson made himself accessible to them. He would pause to chat while they were studying in the common areas of the Journalism Building, or stop by the Reveille or KLSU.

Current student Sarah Procopio said Johnson was known for his kindness alongside his intellectual stature, recalling how he "made the world a better place."

Grimm described a wholeness around Johnson.

"I think for so many people you can separate their lives out in terms of a leader, a father, a friend, a scholar," Grimm said. "For Martin it was all those things at once and so much more."

In 2018, a Manship search committee selected Johnson over three other candidates following a nationwide search. He took over a school with 500 undergraduates and 60 graduate students, supported by nearly three dozen faculty members and 21 full-time staff members.

Prior to his days at LSU, Johnson worked at WBRH, the radio station at Baton Rouge High School, and worked for a time as its development director. Rob Payer, production director at WBRH, said he knew Johnson well, referring to him as "an incredibly brilliant man" with great talent.

Former Louisiana governor Bobby Jindal, a classmate of Johnson's at BRHS, said Johnson always loved both LSU and journalism and had a great sense of humor.

"I will always remember him as the smart, friendly and funny teenager I met so many years ago," he said.

Johnson fostered strong relationships with local media, including The Advocate, and supported his students as they sought internships or their first full-time jobs.

"Martin was a friend to The Advocate and to the many Manship grads on our team," said Peter Kovacs, the newspaper's executive editor. "He came up with creative ways to grow our relationship, and we will work to keep those alive."

Johnson is survived by his wife, Sherri Johnson, and a son.

LSU promoted one of its own to be the new dean of the Manship School of Mass Communication.