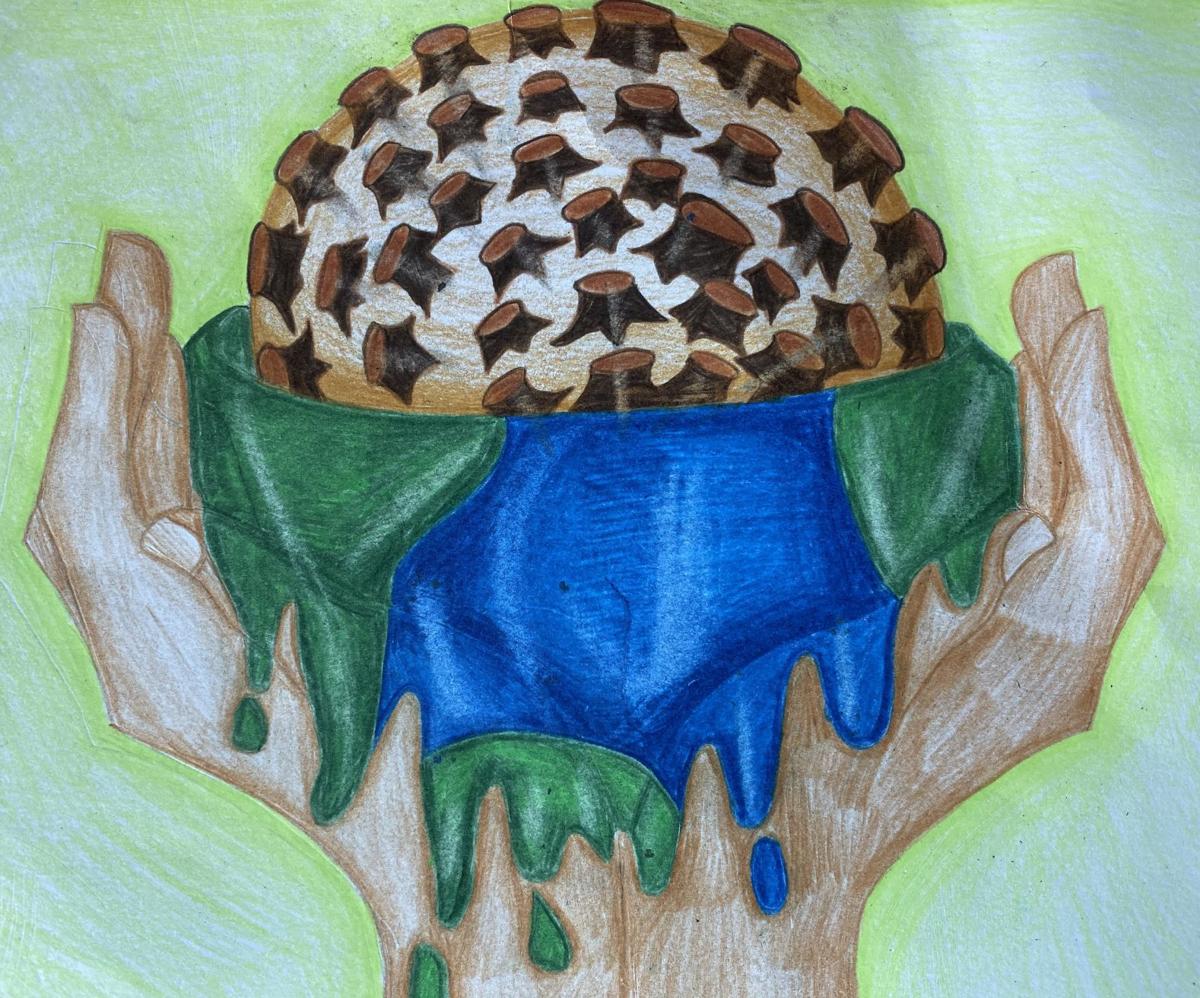 "Up To Us" by Mary-Avery Rodrigue, 13, a sixth grader at Glasgow Middle School in Baton Rouge. Won first place in the first Climate Champions Youth Art Contest for the Middle Grades Division. 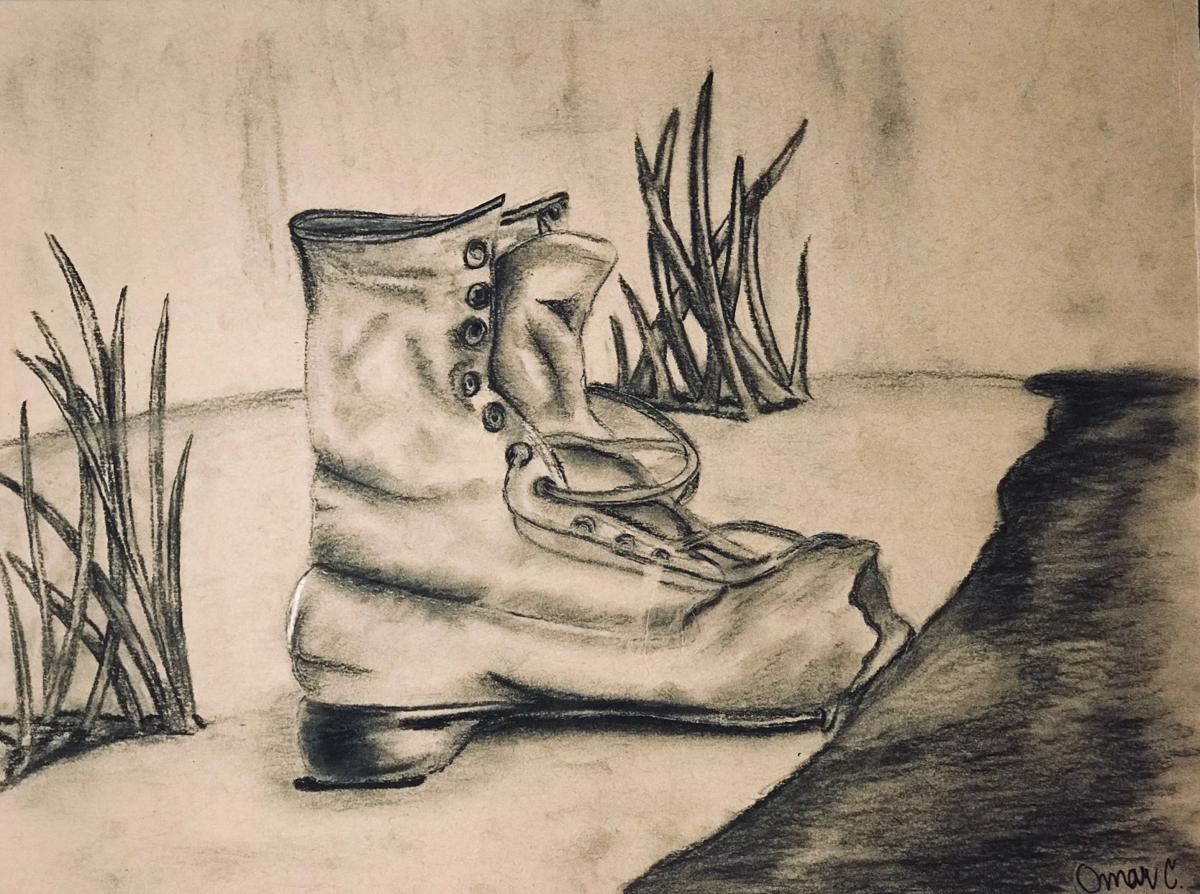 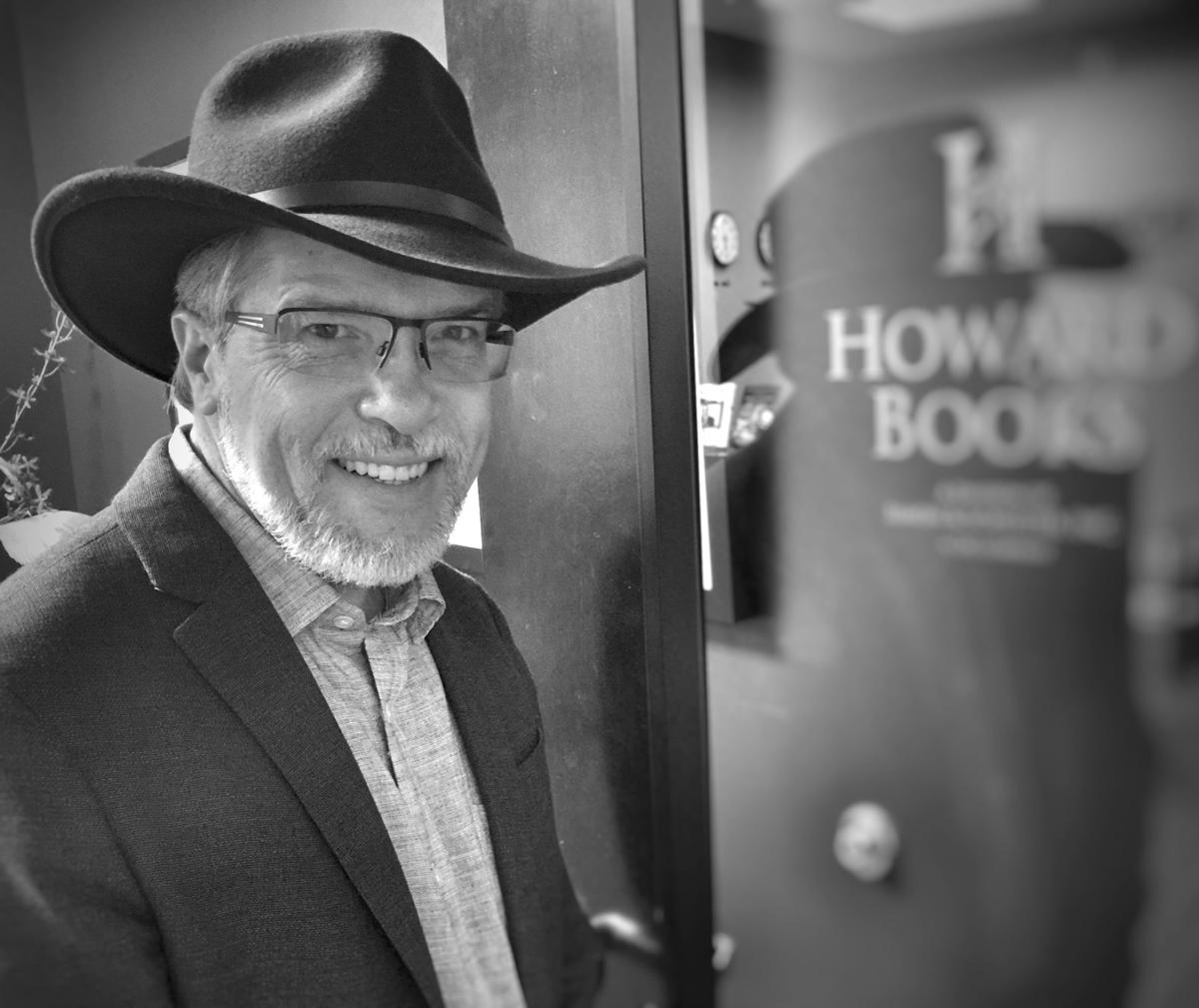 Frank Eakin. Eakin launched the first Climate Champions Art Contest, piloting it in Louisiana. Eakin, a native of Bunkie and a graduate of Baton Rouge Magnet High now based in Texas, works in the entertainment world as well as in green energy endeavors. His mother Sue Eakin is an acclaimed historian who dedicated much of her career to proving the truth behind “Twelve Years a Slave," an 1853 book by escaped slave Solomon Northup. 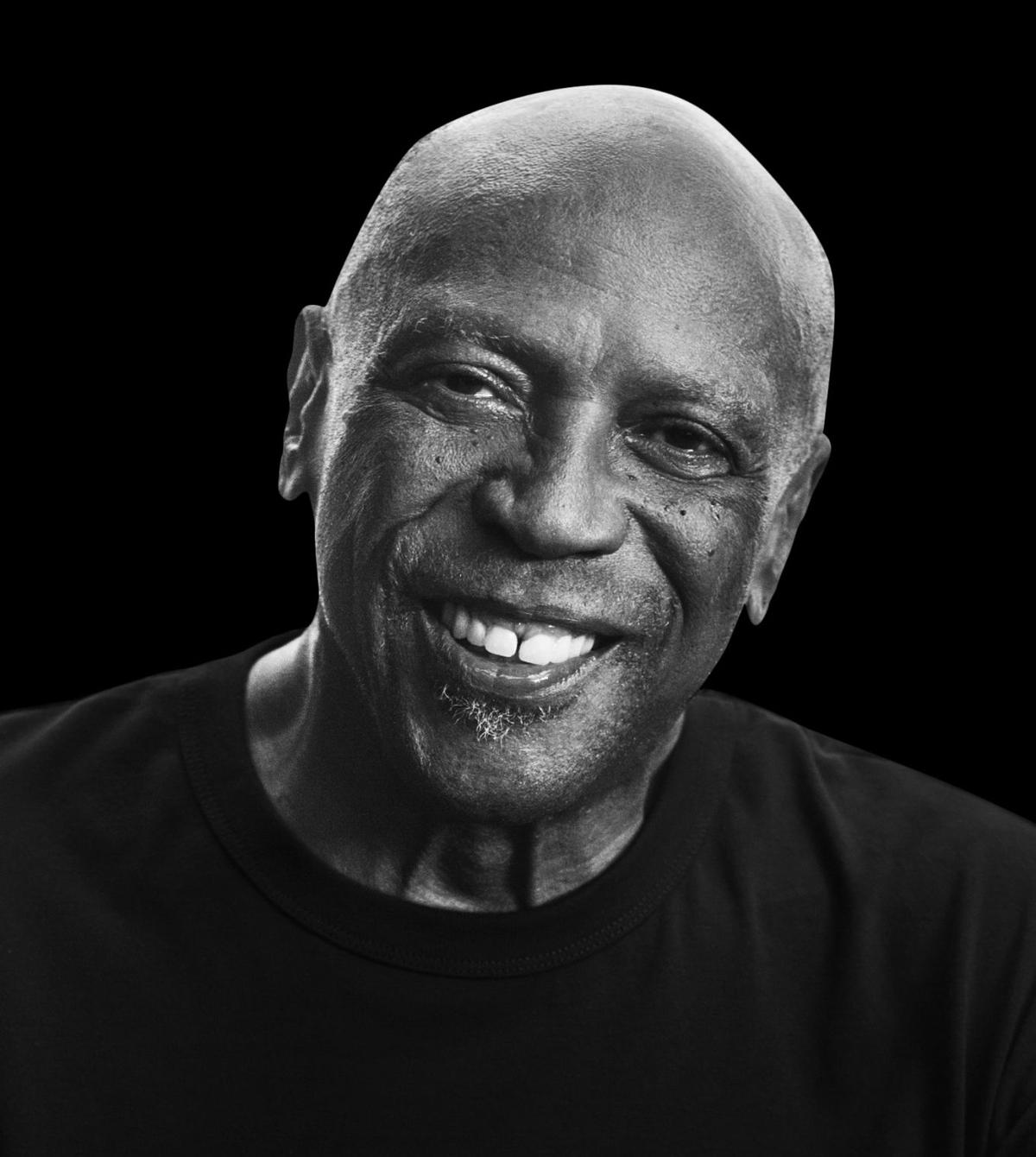 "Up To Us" by Mary-Avery Rodrigue, 13, a sixth grader at Glasgow Middle School in Baton Rouge. Won first place in the first Climate Champions Youth Art Contest for the Middle Grades Division.

Frank Eakin. Eakin launched the first Climate Champions Art Contest, piloting it in Louisiana. Eakin, a native of Bunkie and a graduate of Baton Rouge Magnet High now based in Texas, works in the entertainment world as well as in green energy endeavors. His mother Sue Eakin is an acclaimed historian who dedicated much of her career to proving the truth behind “Twelve Years a Slave," an 1853 book by escaped slave Solomon Northup.

Deep red Louisiana is not necessarily where you’d expect someone to try to launch an art contest focused on the perils of climate change.

But Frank Eakin, a green energy advocate who grew up in Louisiana and is now based in the Houston area, saw art as an “ideal channel,” particularly for young people, to grapple with such a big, scary and controversial topic.

“They hear a lot about it on television. Their curiosity is drawn, and you can imagine there is some fear,” explained Eakin.

So was born the Climate Champions Youth Art Contest. While he hopes to roll it nationwide over time, a trial run recently occurred in Louisiana.

A native of Bunkie and graduate of Baton Rouge Magnet High, Eakin has had a varied career, including stints building ships and exporting Cajun seafood. With the art contest, he is bringing together his current work in entertainment as well as a separate endeavor involving digital marketing to residences of energy not derived from fossil fuels.

Eakin’s upbringing also brought him into close contact with another cause: racial injustice.

His mother, Sue Eakin, who taught history at LSU Alexandria and died in 2009, spent her life working to prove the truth behind Solomon Northup’s “Twelve Years A Slave,” producing annotated editions of that 1853 memoir, thereby helping to rescue it from obscurity.

State Librarian Rebecca Hamilton agreed to help, spreading the word about the contest to libraries across the state, which alerted schools to the project. She said she viewed it as “something positive that helps everybody and drives people to the library.”

Hamilton, who has known Frank Eakin since he participated in a Louisiana Book Festival a few years ago, said she’s also a longtime admirer of his mother’s work.

“I think on many levels he continues her work of being good and kind,” Hamilton said.

To enter, child artists needed only to take a cellphone picture of their work and upload it online. The number of those offering submissions ended up only in the “low hundreds,” Eakin said, but he said he wasn’t disappointed.

“It was our first time,” he said. “We were happy because of the quality. It is a controversial subject matter.”

First-, second- and third-place winners were announced Dec. 19 on the contest’s Facebook page. There were three sets of winners because students in upper, middle and lower grades competed separately. They received up to $100 in cash, as well as a certificate and special T-shirt.

The winning children live in towns across Louisiana, from Baldwin to Pitkin. Two are from Baton Rouge.

Mary-Avery Rodrigue, a sixth grader at Glasgow Middle School in Baton Rouge, won the middle grades category with her picture, “Up To Us.” Using colored pencils, Rodrigue shows a pair of hands holding up a deteriorating Earth. Not only is the globe melting, it’s covered with tree stumps.

“It’s about how the beauty of the world is waning away, and it’s up to us to maintain it,” explained Rodrigue, who is 13.

Shamiya James, 11, selected a pattern known as “Chemystery, light on curves and heavy on straight lines, on which to base her drawing.

Rodrigue said her art teacher at Glasgow, Geeta Dave, told her about the contest and helped her develop her ideas. She said Dave pushes her art students to enter contests as a way of spreading their work to a wider audience.

Omar Charcas also learned about the contest from his art teacher, Heather Berrios at Baton Rouge Magnet High, but said he created his work, “The Old Boot,” on his own. It tied for second place in the upper grades category.

Using a charcoal pencil, the 16-year-old created an oil-stained beach scene. A large, battered boot shaped like the state of Louisiana sits at the water’s edge. The toe of the boot, however, has worn away, allowing the sea to invade.

“Louisiana is one of the (states) most severely affected by climate change and global warming, particularly because of coastal erosion,” Charcas explained. “Since we are on the coast, I felt like it was important to get some of that message across with my sketch.”

He said he drew the picture on his floor, using one of his dad’s old boots as a model.

After narrowing the entries down to a set of 30 finalists, Eakin called upon a celebrity panel of judges to pick the winners.

“I selected them because I know they were passionate about climate change,” Eakin explained.

A 21st-century technology is helping tourists experience a 19th-century tale.

Louis Gossett Jr. is the best known judge on the panel. The 83-year-old Academy Award and Emmy-winning actor has had roles in “Roots,” “An Officer and a Gentleman” and, most recently, the acclaimed HBO show “Watchman.”

Eakin and Gossett came to know each other in 2013 when Gossett narrated an audiobook of “Twelve Years A Slave,” a tie-in to the film of the same name, which went on to win the Oscar for Best Picture that year.

In an interview, Gossett described Eakin as a brother, saying with a laugh that he'd do "anything that Frank wants, short of murder.”

Gossett, who is active in many social causes, said he has long been worried about climate change.

“We can’t go to another planet to try again,” he said. “We’ve got to get it right here.”

Looking through the finalists, Gossett said Rodrigue’s picture stood out.

“All of them were good but this one was special,” he said.

The hands cradling the globe point how collective action is needed, he said.

“I have the same philosophy about the best way to solve the problems of the planet,” Gossett said.