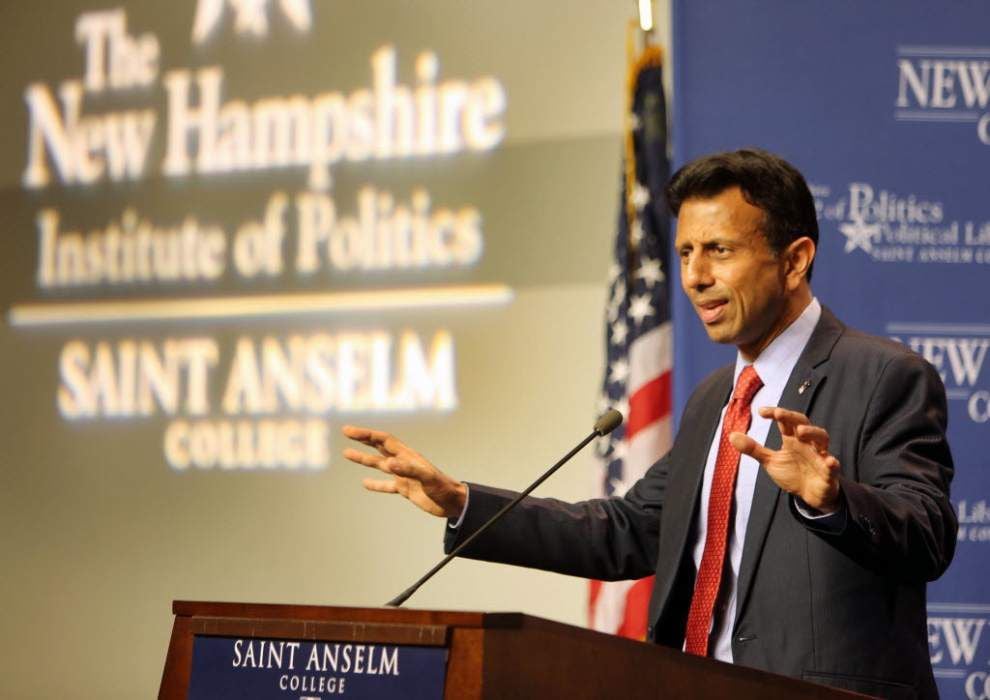 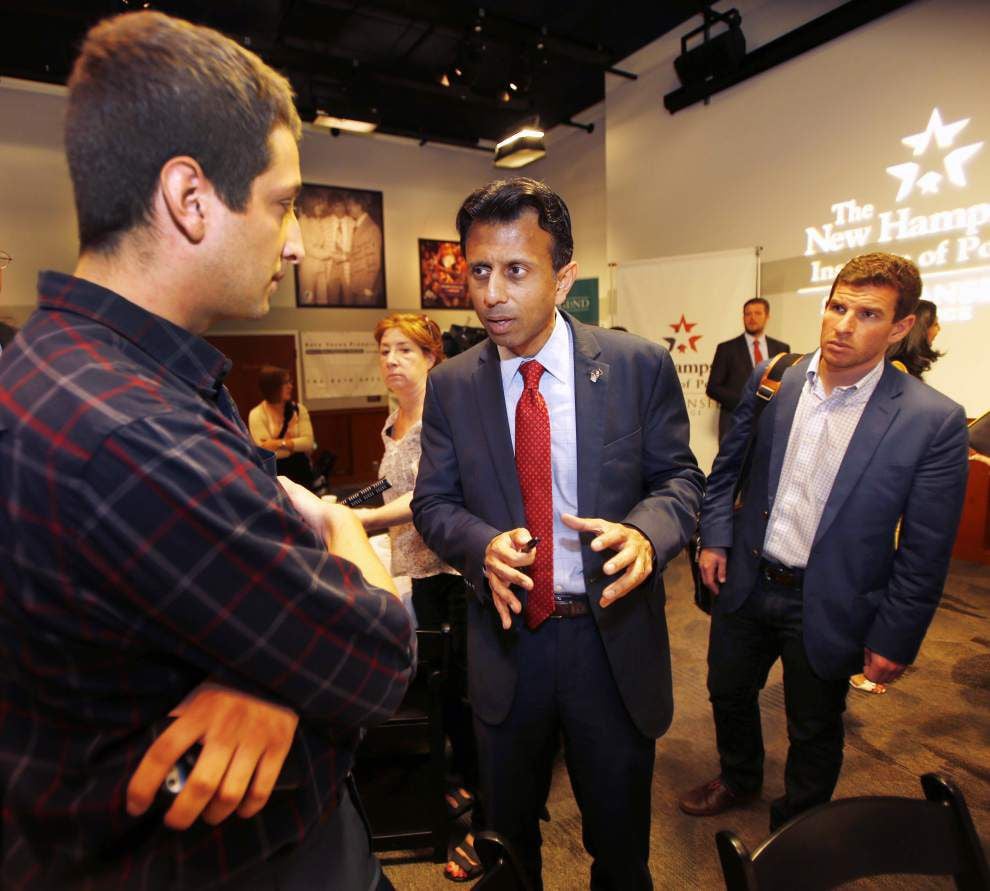 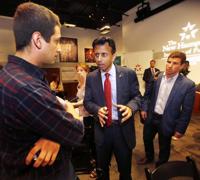 Jindal, who is touting his education record in his bid for the 2016 presidential nomination, spent much of his second-term political capital in 2012 when he rammed three sweeping bills through the Legislature that changed the way public schools operate in Louisiana.

Those and other changes to state government are expected to be part of Jindal’s national campaign pitch that began Thursday with a visit to New Hampshire — an early, crucial primary state.

Several TV appearances for Thursday were canceled because of airline flight problems, as was a planned “Downtown Walk” on Thursday with Manchester Mayor Ted Gatsas.

Jindal campaign stops are scheduled in Iowa on Friday, including a late-afternoon question-and-answer session at Moo’s BBQ in Newton.

The aim of the 2012 education overhaul was to repair a statewide public education system where student achievement had been near the bottom nationally for generations.

“I believe changes were needed,” said Michael Faulk, superintendent of the Central school system and former president of the Louisiana Association of School Superintendents.

One of the bills revamped public school teacher tenure, and makes it all but impossible for future classroom leaders to earn the job protection.

Political experts say the tenure overhaul, like other changes, answered longtime Republican dreams in Louisiana and elsewhere, and may resonate with GOP voters.

Another bill expanded vouchers statewide, which nearly 8,000 students are expected to use this fall amid continuing arguments on whether students benefit.

The third measure is supposed to remake the state’s pre-kindergarten system, another learning sore spot in Louisiana, but one that will require dollars that are not available today.

And the fact that 44 percent were rated D and F in 2011 helped pave the way for the governor’s three-prong overhaul the next year.

Charter school enrollment has more than doubled during Jindal’s watch, and roughly 60,000 students attend the schools that are supposed to offer innovative alternatives to traditional public schools.

The highly publicized push to make the annual growth of student achievement a big part of how many teachers fare in annual job reviews has quietly been rolled back.

No rules require that exam results account for 50 percent of the evaluation, and principals will enjoy more authority on how teachers fare.

“Part of the evaluation system has been undone,” said Debbie Meaux, president of the Louisiana Association of Educators, a teachers union that vehemently opposed the overhaul.

A 2010 law backed by Jindal — dubbed the Red Tape Reduction Act — was promoted as a way to improve student performance by allowing waivers so schools can get around what they consider onerous rules.

But no wave of such requests ever materialized, and the measure has fallen off the education radar.

Jindal, a former backer of Common Core, did an about-face two years ago, and earlier this year, he vowed to repeal the new benchmarks in reading, writing and math.

However, the governor was mostly irrelevant when House and Senate leaders and others struck an accord earlier this year aimed at reducing the bickering.

In addition, the issue sparked a monthslong, nationally watched feud between Jindal and his hand-picked state Superintendent of Education John White.

“I think the fight he had with John White does not help to engage the public in thinking that there is something good going on,” said Linda Johnson, who served on the state Board of Elementary and Secondary Education for 13 years.

“I think it tarnishes his legacy in regard to education in this state,” Comeaux said.

“I think ultimately 2012 will prove to have been pivotal for education reform in Louisiana,” said Senate Education Committee Chairman Conrad Appel, R-Metairie.

“The idea that we could undertake real, substantive change proved to be true,” Appel said.

Yet three years later, each of the three bills carries caveats.

Changing the way teachers are evaluated, and linking those results to tenure, was promoted as a way to end the long-standing practice whereby 98 percent of teachers were routinely rated as satisfactory.

Only 4 percent of teachers were rated as ineffective in the first year of the new reviews, prompting critics to question the point of the overhaul.

The expansion of vouchers — state aid for certain students to attend private schools — is a key part of Jindal’s education “choice” agenda.

But the value of the program has come under renewed fire, including when the state reported that less than half of Louisiana’s voucher students scored at grade level or above on key tests.

Melanie Bronfin, executive director of the Policy Institute for Children, said the revamped system has the potential to be transformative.

How to pay for all the lofty goals is still in limbo.

“It was an unfunded mandate on top of a system already horribly underfunded,” Bronfin said.

That list includes lifting the cap on the number of such schools, allowing high-performing charter schools to get fast-track renewals and ensuring long-term funding for the schools.

Others said the governor needlessly caused resistance and anxiety among teachers and others by limiting input during the crafting of his education overhaul.

Hollis Milton, president of the Louisiana Association of School Superintendents, said new rules for teacher evaluations would have gone down easier if educators had had a bigger voice in the changes.

“More input could have made for a smoother change,” said Milton, who is superintendent of the West Feliciana Parish school system.

Meaux made a similar point.

“If you really talk with teachers in Louisiana, his agenda has been pushed way too quickly,” she said.

After years of bitter battles, high-profile debates over public schools have all but disappeared from the Louisiana Legislature this year.