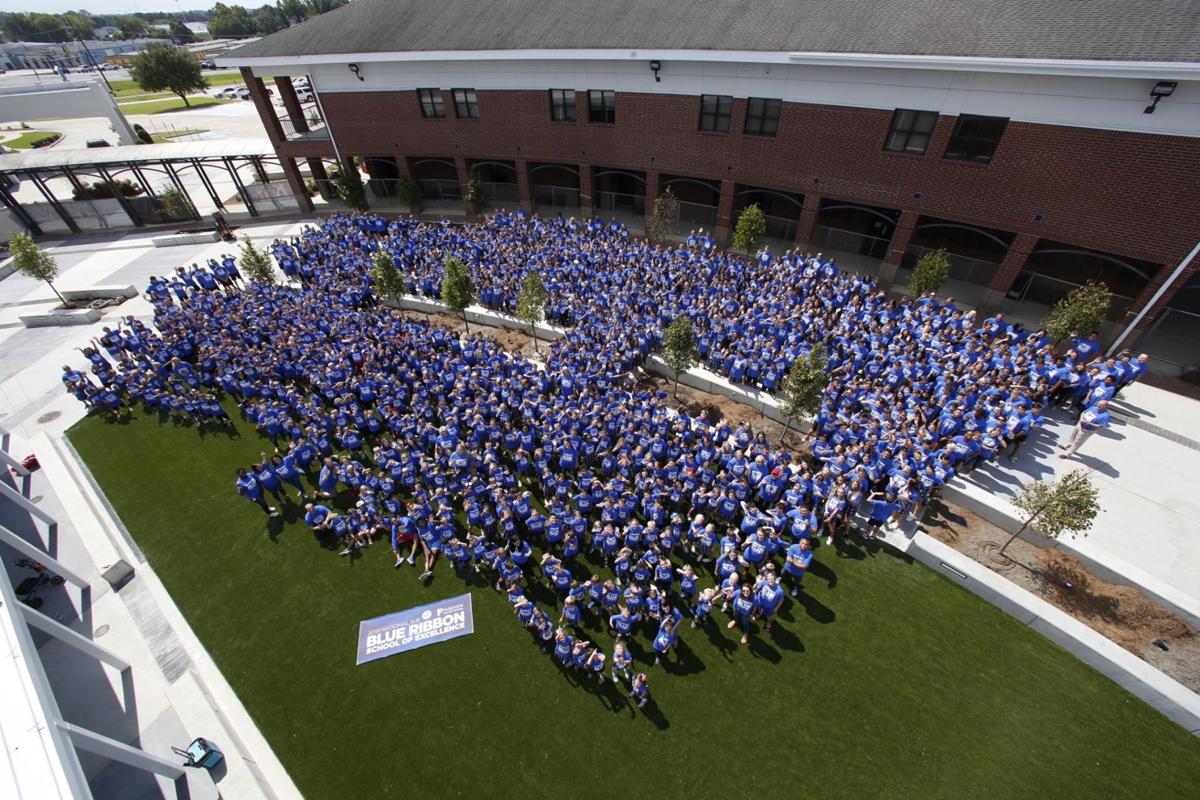 Parkview Baptist School in Baton Rouge is one of seven Louisiana schools to earn the nation's top school honor, the National Blue Ribbon, according to an announcement Thursday by the U.S. Department of Education.

Parkview Baptist is one of 349 across the country to win the prestigious honor this year and the only private school in Louisiana recognized. It is the first time the Christian school, which opened its doors in 1981, has won this recognition.

Schools are nominated by the state based on their test scores; applications are submitted to the U.S. Department of Education for consideration. An award ceremony will be held Nov. 14 and 15 in Washington, D.C., to honor each of the recipients.

An elementary school in Denham Springs ascended to earn the nation's top school honor, the National Blue Ribbon, on Monday, despite a cripplin…

“We recognize and honor your important work in preparing students for successful careers and meaningful lives” said U.S. Secretary of Education Betsy DeVos in a video message to the honorees. “As a National Blue Ribbon School, your school demonstrates what is possible when committed educators hold all students and staff to high standards and create vibrant, innovative cultures of teaching and learning.”

"We applaud these schools for their ability to either steadily improve student achievement over subsequent years or consistently remain one of the top performing schools in the state," White said. "What an honor it is to have them represent Louisiana."

Only one private school from any state wins and some years none are named. For instance, last year only public schools in Louisiana won blue ribbons. To be considered, a private school needs to show that its students perform in the 85th percentile or higher on a recognized standardized test.

Donald Mayes, Parkview's superintendent, said the award is an affirmation of quality teaching.

"Sometime teachers go unappreciated," Mayes said. "I’m just appreciative that these teachers in Baton Rouge are getting their day in the sun."

The school’s Blue Ribbon honor applies only to its elementary grades and its 700 students.

“The (Parkview Baptist) high school division is in a period of transition led by a second-year division head and will apply separately in the upcoming years,” according to the school’s application.

The school uses a test known as the Comprehensive Testing Program, put out by the New York City-based Educational Records Bureau. The school reported scale scores in English and math for third through eighth grades.

While tuition ranges from $9,105 in pre-K to $11,515 in high school, about 23 percent of Parkview Baptist students receive scholarship assistance.

“Even though we have admissions standards, we are an open enrollment school and try to accept all students unless we feel that we absolutely cannot meet their needs,” according to the school’s application. “This means that we do have students on all ends of abilities and academic levels. It is very important to us that if a student is accepted that we, as a school, can meet their needs. We believe in differentiating instruction for our students in all classrooms.”

With little discussion, the East Baton Rouge Parish School Board on Thursday advanced projects to rebuild University Terrace Elementary for an…