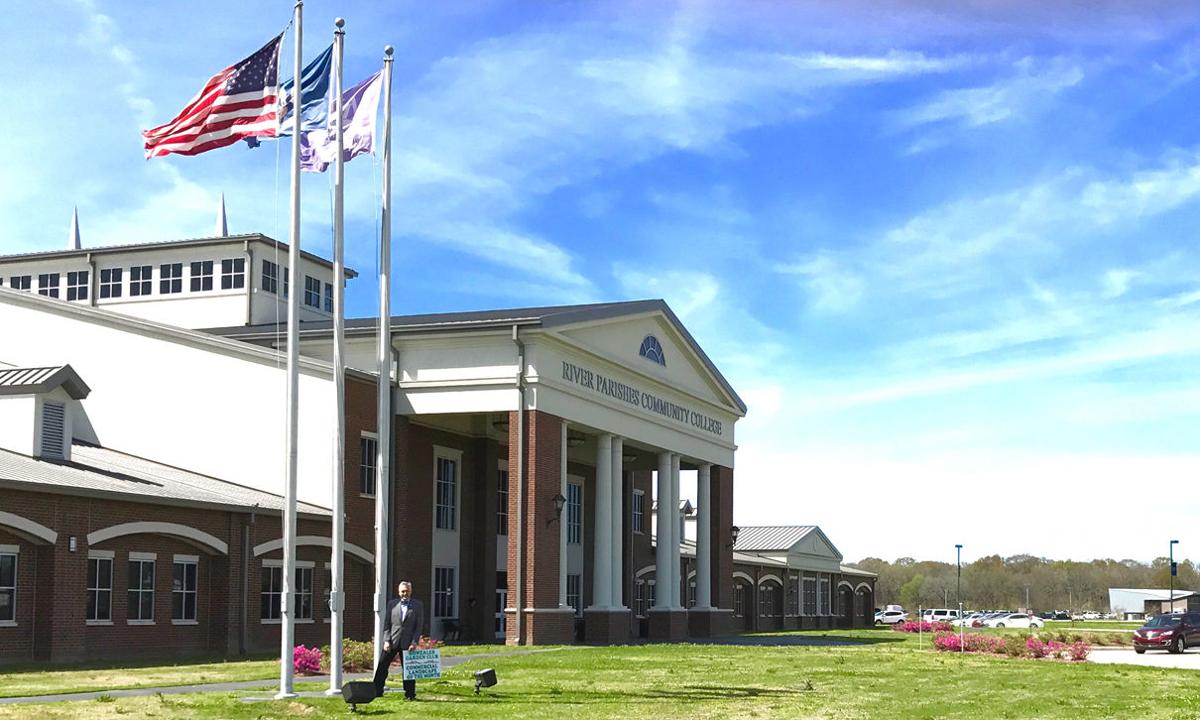 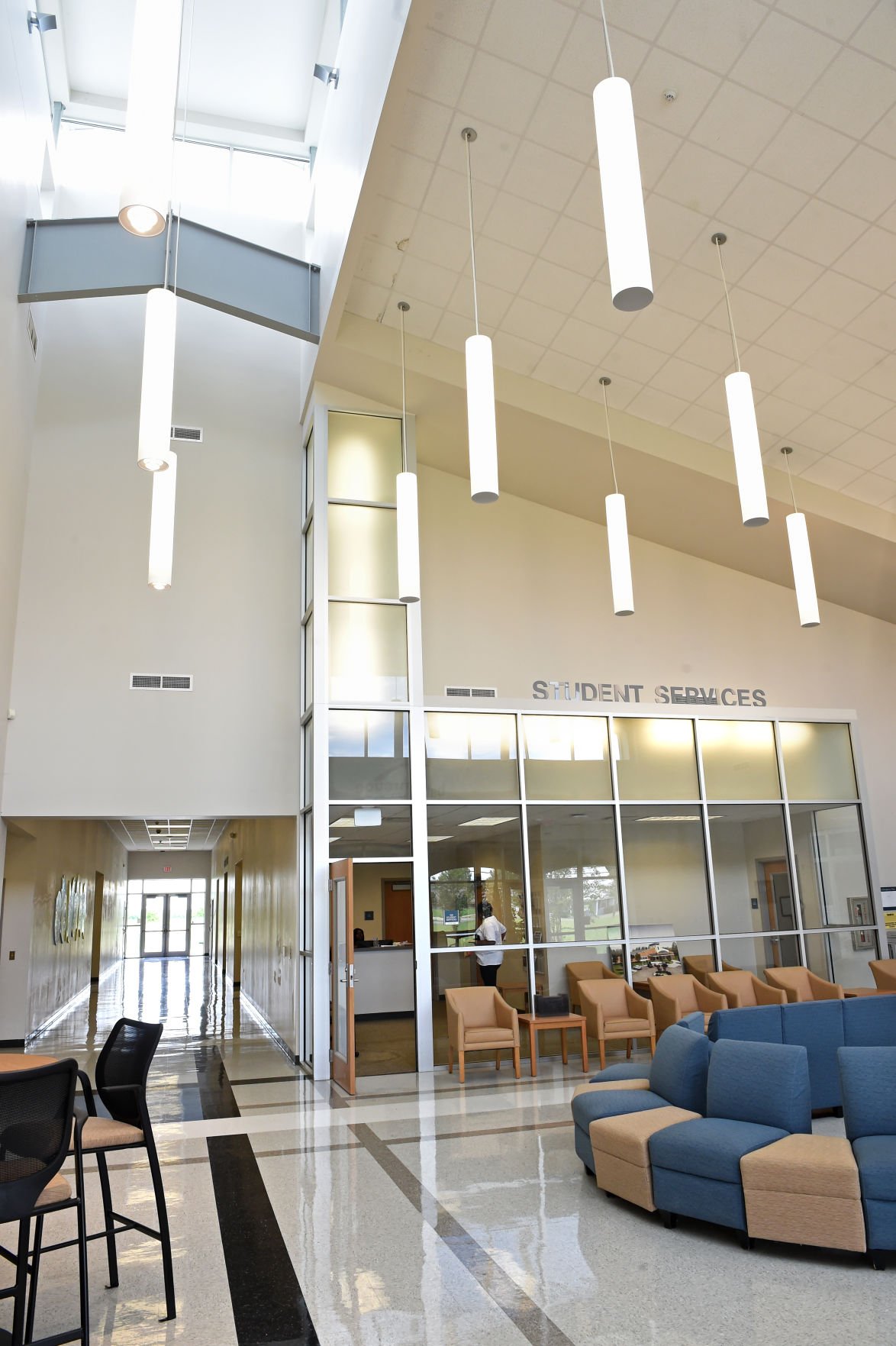 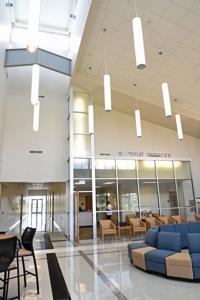 The former westside campus of Baton Rouge Community College, in Plaquemine, the foyer shown here, is now part of the River Parishes Community College (RPCC), based in Gonzales as part of a statewide realignment of community colleges. RPCC Chancellor Dale Doty says the realignment increases efficiency.

The former westside campus of Baton Rouge Community College, in Plaquemine, the foyer shown here, is now part of the River Parishes Community College (RPCC), based in Gonzales as part of a statewide realignment of community colleges. RPCC Chancellor Dale Doty says the realignment increases efficiency.

After a 2019 state audit uncovered a series of accounting and oversight problems at River Parishes Community College, state financial watchdogs have again found the school has improperly charged students and failed to fully pursue unpaid bills or balance its books accurately — but it is no longer making one-time payments that might be seen as illegal bonuses.

State auditors say poor reconciliation of banking transactions again meant bank and internal accounting records for the Gonzales-area community college failed to match. That means the college's internal records could be inflated by as much as $1.46 million or undercounted by as much as $1.3 million in a given month between July 2019 and March 2020.

The Louisiana Legislative Auditor's Office reached that and other conclusions earlier this month in a follow-up to an October 2019 audit that detailed numerous financial oversight problems at the college of 3,500 students that is headquartered off Interstate 10.

The new audit came just a few weeks after Chancellor Dale Doty, who has led the institution for seven years, announced he would be retiring on Dec. 31.

Doty was chancellor as the college transferred to its new main complex in Gonzales a few years ago. He also brought under its wing existing state community college campuses in Plaquemine and Reserve that have helped drive up enrollment.

Auditors didn't suggest they found any outright fraud. But they concluded that the college's failure to ensure its books were properly prepared increased "the risk that errors and/or fraud could occur and not be detected in a timely manner."

The college took in nearly $20 million in tuition and fees, state appropriations, grants and other operating and nonoperating revenue in the fiscal year ending in mid-2019, the latest state audit shows.

In response to the audit, college officials blamed employee turnover in key financial posts that was exacerbated by the novel coronavirus. The college told auditors it had fixed many of the problems or was in the process of doing so.

Charles Cambre, vice chancellor of finance and administration, told auditors in a June 30 letter that the college has hired a full-time staffer to focus on bank reconciliations. He said the college expected to make a year-end adjustment of an $800,000 increase in cash to correct past discrepancies.

"As the Vice Chancellor of Finance and Administration, I will be responsible for ensuring that the corrective action plan is fully implemented," he wrote.

Doty could not be reached for comment. Cambre was unavailable due to Hurricane Laura.

Auditors did note that some of the issues in the earlier inquiry were addressed, including one involving student refunds. But other problems, though they weren't repeated again, have not been resolved.

Auditors found last year that a onetime payment to employees worth 5% of their salaries may have been an illegal bonus. Ernie Summerville, the state office's director of financial audit services, said Friday that finding remains unresolved.

School officials told auditors last year the retroactive payment, which cost nearly $228,000, stemmed from an Louisiana Community and Technical College System board initiative to offer merit pay for achievement of the system's goals for 2020.

The auditors recommended last year that the college seek an opinion from the Louisiana Attorney General's Office, but college officials only offered to seek that opinion if they offered future incentive payments.

"They didn't resolve it. They just didn’t to it again," Summerville said.

The school did make a onetime payment to employees in April 2020, but it was to correct a payroll error, the new audit found.

They found sixteen students who were undercharged a total of $2,223 for an online course last fall because the course was not set up properly in the school's system.

At the same time, 15 of 18 dual-enrollment students from area high schools did not receive tuition and fee waivers for the fall of 2019 and spring of 2020, as they were supposed to.

"The waivers were not placed on student accounts, which could result in students being charged tuition and fees for which they do not owe to RPCC," the auditors wrote.

The audit also found the college wasn't keeping close enough track of regular students who hadn't kept up with their tuition payments.

Records for three of 12 students who had outstanding tuition balances in the fall of 2019 didn't have financial holds placed on their accounts and were allowed to enroll in additional classes against the college's own policy. One student had an outstanding balance of $6,296.

The auditors also found the college wasn't sending notices to students with unpaid balances for more than a year after the balances were incurred. Students are supposed to get a notice after the bill is more than 30 days old.

Since the summer of 2018, the college has also failed to turn over any unpaid student bills to the state Office of Debt Recovery for collection. The college had an agreement with the office to do so after a bill is 60 days late.

The college also didn't write-off more than $1 million in unpaid balances that were more than two years old, as required. Most of the unpaid money was from students seeking a degree credit.

About $133,765 was for students not seeking credit, however. These "noncredit" students are generally employees of companies using college courses to train their workers. The companies typically pay for the courses, the auditors noted.