As it prepares to make major renovations and additions to its lone high school, the Central school district is testing out a building process it has not used before.

Rather than submitting traditional bids, six companies last week offered “statements of qualifications” laying out why they should manage the work at Central High School. And rather than working off a finished design, the company selected will participate in the latter half of the design process with architects Grace Hebert Curtis of Baton Rouge before it starts construction.

Known as “construction management at risk,” or CMAR, it’s a way of building buildings that’s common in private industry, but relatively new to the public sector, especially in Louisiana.

Central Superintendent Jason Fountain said having the general contractor on board so early should help speed up construction as well as cut down on future change orders. 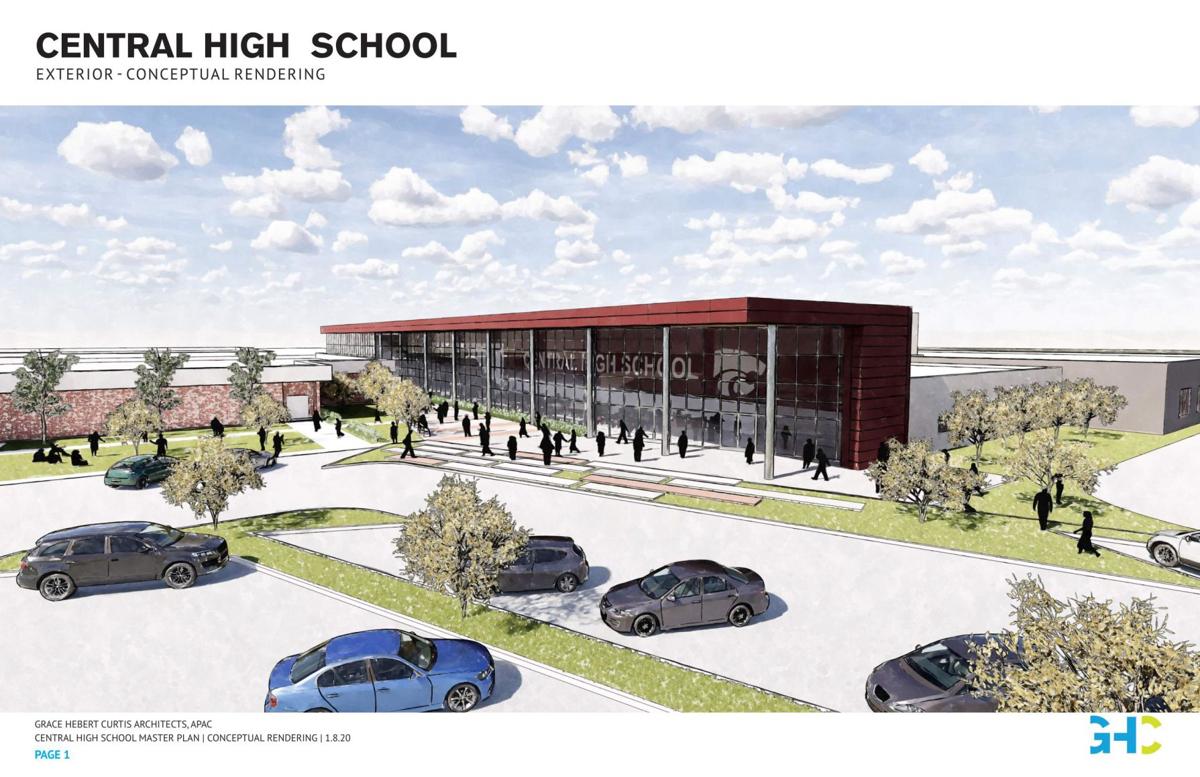 Another reason the school district opted for the CMAR process is there’s a tight timeline to renovate the 47-year-old high school. While new construction will take place on school days, renovations will take place during two summers, this summer and next, while students are on break. Completion is set for the start of the 2022-23 school year.

“These two summers are going to be critical,” Fountain said. “And if we miss a summer, it’s going to put us back a year.”

If this were a traditional public bid, these companies would be judged almost solely on their quoted price, with the job awarded to the “lowest responsive bid.” In this case, the companies have yet to even give a price.

Instead, a special committee is meeting Jan. 4 to score the proposals. It will invite back the companies it likes the most for interviews.

“The interview process will allow this committee to see what the companies are all about and to find the best fit for us,” Fountain said.

After those interviews, the committee will recommend one company for the Central School Board to consider. The board plans to select a company by the end of January.

Once selected, the company chosen will join with the architects for the remaining design work as well as the development of construction documents. During this time, the company will prepare a “guaranteed maximum price” for the construction work, which the School Board can adopt or reject.

Fountain said the school district can still bow out at this point if it's not happy with the contractor or its price.

“You can still go out for bid,” Fountain said.

The planned work to the high school, located at 10200 East Brookside Drive, includes renovating the library, science classrooms, career-technical education classrooms and locker rooms. Meanwhile, the old cafeteria and an annex building would be converted. The cafeteria would become the home of the school’s Pro-Start culinary program as well as new business and science classrooms. The annex would house the ROTC and the varsity football lockers.

In August, Central voters approved selling $23 million in bonds to pay for the renovations to the school. The proposition won by a two-to-one margin in this suburban Baton Rouge community. The vote rededicated 23.65 mills in property taxes for 20 years. Those taxes were first levied in 2009 to build Central Intermediate and Central Middle schools.

Thanks to the coronavirus pandemic, that vote was held three months later than planned, prompting a five-month delay in the start of construction.

The “construction management at risk” approach first became legal for public projects in Louisiana thanks to a law passed in 2013. CMAR was originally meant for large projects with budgets of $25 million or greater. The expansion of the New Orleans International Airport was the first public project in the state to make use of the process. In the school world, the Lafayette Parish school system was among the first to employ it.

In 2018, the Legislature made CMAR an option for smaller projects budgeted between $5 and $25 million.

Central School Board member David Walker sits on the special CMAR review committee and is joined by an architect and three contractors who are not vying for the job. The required composition of the committee is laid out in state law.

Walker said he considered trying out the CMAR approach since hearing about it a few years ago at a conference. While not appropriate for every project, CMAR has advantages over the traditional public bid process, he said. For instance, it doesn’t have the problem of traditional bids, where companies that do substandard work can still win the job as long as they submit the lowest price.

“Whoever made the lowest bid, they got it,” Walker said. “If you had a bad experience with them, it really didn’t matter. They got it automatically, unless there was something that was really bad.”