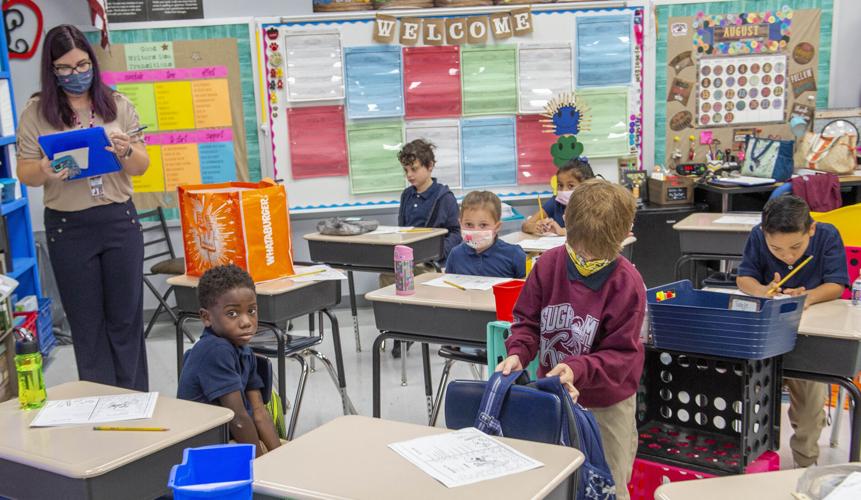 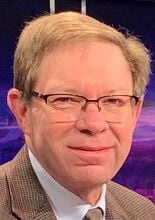 Barry Erwin, president of the Council for a Better Louisiana, gave an update Wednesday to state education leaders on the state's shortage of teachers.

Barry Erwin, president of the Council for a Better Louisiana, gave an update Wednesday to state education leaders on the state's shortage of teachers.

Louisiana's teacher workforce is suffering from a variety of ills, including a 30% drop in the ranks of aspiring teachers, a glut of educators working outside their field of expertise and a glaring need for more racial diversity, according to a state report issued Wednesday.

They were compiled by the 17-member Teacher Recruitment, Recovery and Retention Task Force, which is doing a two-year study authorized by the Legislature earlier this year to address a growing teacher shortage that school leaders say is making it difficult to ensure that classroom slots are filled.

The report was unveiled ahead of the initial update on the issue due to the Legislature by January 14.

Louisiana's teacher shortage is getting worse with retirements on the rise, the number of new teachers plunging and superintendents finding it increasingly difficult to fill classroom jobs.

St. Bernard Parish Superintendent Doris Voitier, a member of BESE and an educator for half a century, said this was the first year she was unable to start the school year with enough teachers.

"Alternative certification programs are coming up all over the place because that natural pipeline we used to have is not productive enough," Voitier said.

Nearly one in four teachers is either uncertified or working outside their field, with math and science classes suffering the most.

A total of 21% of public school math classes fall into that category and 24% of science classes, according to the task force.

The panel said one goal for both BESE and the Board of Regents should be more diversity in the classroom.

The report said 73% of teachers in Louisiana are White and 23.5% are Black.

While African-Americans make up about half of the students in Louisiana's public schools, only 5% of teachers are black men.

White women make up 60% of teacher ranks and Black males only 5%, it says.

One of the task force recommendations is for both Regents and the state Department of Education "to develop strategies for creating a pipeline for teachers of color in educator preparation programs."

"We have been talking about the need for teachers of color in the elementary, middle and high school setting," said Susannah Craig, deputy commissioner of the Board of Regents.

Craig said all of the state's historically Black colleges and universities, called HBCU's, except for Dillard University have teacher preparation programs.

Commissioner of Higher Education Kim Hunter Reed, a member of the task force said, "At a time when the premium on knowledge is higher than ever we face a teacher shortage, with fewer students preparing to be teachers and even fewer teachers remaining in the classroom, especially among minority populations."

BESE member Belinda Davis, who lives in Baton Rouge, said the number of teachers changing careers is serious. "We have classrooms not staffed because teachers have left the profession," Davis said.

Em Cooper, deputy assistant superintendent of educator development for the state Department of Education and a task force member, said exploring ways to get retired teachers back in schools is one of the short-term goals of the panel.

The task force said it plans to hold "listening sessions" with teachers in 2022 to discuss opportunities and barriers to educator retention.

Teacher pay trails most of the region; governor has vowed to end the gap

A new survey shows average teacher pay in Louisiana is 12th of 16 states in the South, which raises doubts on whether Gov. John Bel Edwards wi…

It also plans to team up with the Board of Regents to study the impact of teacher entrance exams and the chances for setting up a statewide compensation plan.

The final report is due in December 2022.

After reading about the Louisiana teacher shortage in the newspaper, I would like to offer an idea to those in power.