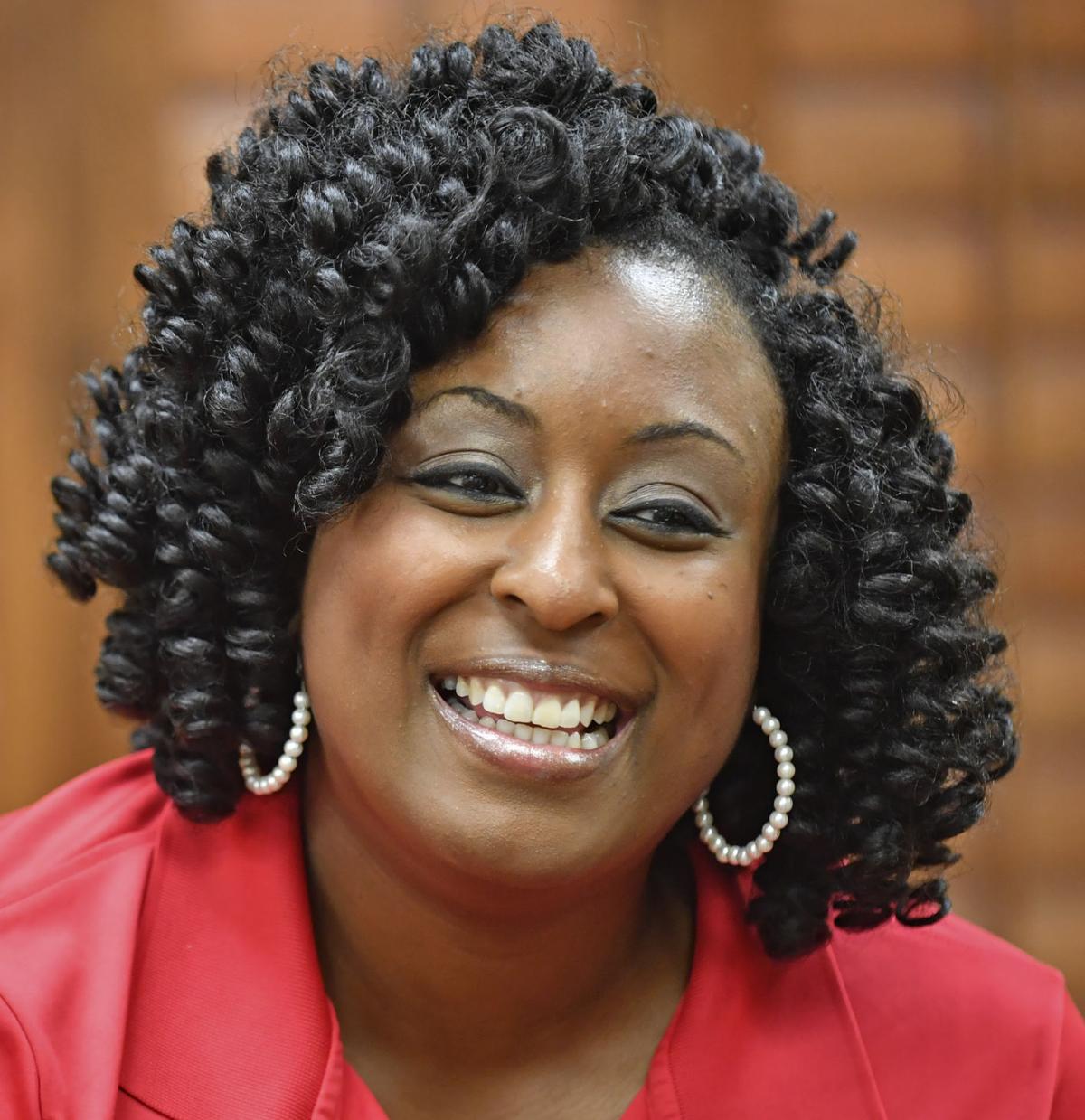 Tia Mills, president of the Louisiana Association of Educators, said getting teacher pay to the regional average in 2020 is feasible.

Tia Mills, president of the Louisiana Association of Educators, said getting teacher pay to the regional average in 2020 is feasible.

Gov. John Bel Edwards said he wants to push teacher pay to the regional average over the next four years, but education groups aligned with the governor say it needs to happen much quicker.

Leaders of the Louisiana Association of Educators and the Louisiana Federation of Teachers, longtime allies of Edwards, as well as the Associated Professional Educators of Louisiana say teacher pay needs to rise faster than the governor's timetable.

"We're confident we'll be able to work with Gov. Edwards and the Legislature to secure additional pay increases this year for all Louisiana teachers and school support professionals so they make on par with their colleagues in surrounding states," Tia Mills, president of the Louisiana Association of Educators, said in a statement.

Federation President Larry Carter made the same point. "It is important to be competitive now, not later," he said.

Teachers in Louisiana trail the regional average by $1,819, according to the latest tally.

Pay here averaged $50,359 per year compared with $52,178 in the 16 states monitored by the Southern Regional Education Board.

While African-Americans make up about half of the students in Louisiana's public schools, only 5% of teachers are black men.

The figures are from 2017-18, the latest available for comparison purposes.

Edwards pushed through a $1,000 teacher pay raise last year, the first of its kind in a decade.

However, average pay in other states has risen, too.

Texas boosted teacher salaries by up to $9,000.

Lawmakers in Florida boosted pay by $2,000 and Georgia raised salaries by $3,000, according to the regional board.

Gov. John Bel Edwards' plan to boost teacher pay to the regional average is facing headwinds before the legislative debate even begins on April 8.

The governor, who has long said it would take several years to reach the regional average, reiterated that view in his inaugural address on Jan. 13.

"So over the next four years, we're going to continue increasing classroom funding and give educators additional pay raises that will get them at least to the Southern regional average," he said.

Some allies of the governor said privately they were surprised by the timetable and that 2020 should be the target.

Others said faster action is needed so that Louisiana is no longer among the lowest in the nation for teacher pay.

"We feel the same as everyone else," Carter said. "We want it to happen more quickly than four years."

The state has about 50,000 public school teachers.

While public school teachers may get their first substantive pay hike in six years, low salaries are not a glaring issue for new teachers.

Last year's increase was seen in part as a way to answer the sort of teacher pay complaints that sparked walkouts in other states in 2018, including Oklahoma, West Virginia and Arizona.

A 2018 survey among Federation members showed that 60% favored a statewide walkout or strike in order to get a "significant" pay raise.

How much was not specified.

Edwards will spell out his budget priorities ahead of the opening of the session.

"We should have reached the average last year," Courville said. "We had the money to do more than a $1,000 raise."

During a meeting last year of a key education advisory board, Courville made a motion for $3,000 teacher pay increases.

Representatives of the two teachers unions on the same panel then abstained amid complaints that the proposal was unrealistic.

Any teacher pay raise depends in part on the state's financial outlook.

Also, Edwards has said repeatedly that early childhood education is his top education priority in the second term for new state dollars.

After years of fits and starts, 2020 may be the year for a major breakthrough in state aid for early childhood education.

Higher education advocates and others will be pressing for funding hikes as well, especially after state aid for colleges and universities was sliced by nearly 50% over 10 years.

Another unknown is how well Democrat Edwards works with a GOP-controlled Legislature, which has more Republican members than it did during the governors' first term.

The Senate has a new president — Sen. Page Cortez, R-Lafayette — and the House has a new speaker — Rep. Clay Schexnayder, R-Gonzales.

Carter said teacher pay raises should be a priority.

"One of the things we certainly talked about in the past year is that we believe that to be competitive in our state we have to pay teachers and school employees at least what the Southern average is," he said.

"Too many of our young men and women are leaving this state to get that pay," Carter said.

Baton Rouge teacher is new president of statewide union; 'she is going to be a fighter'