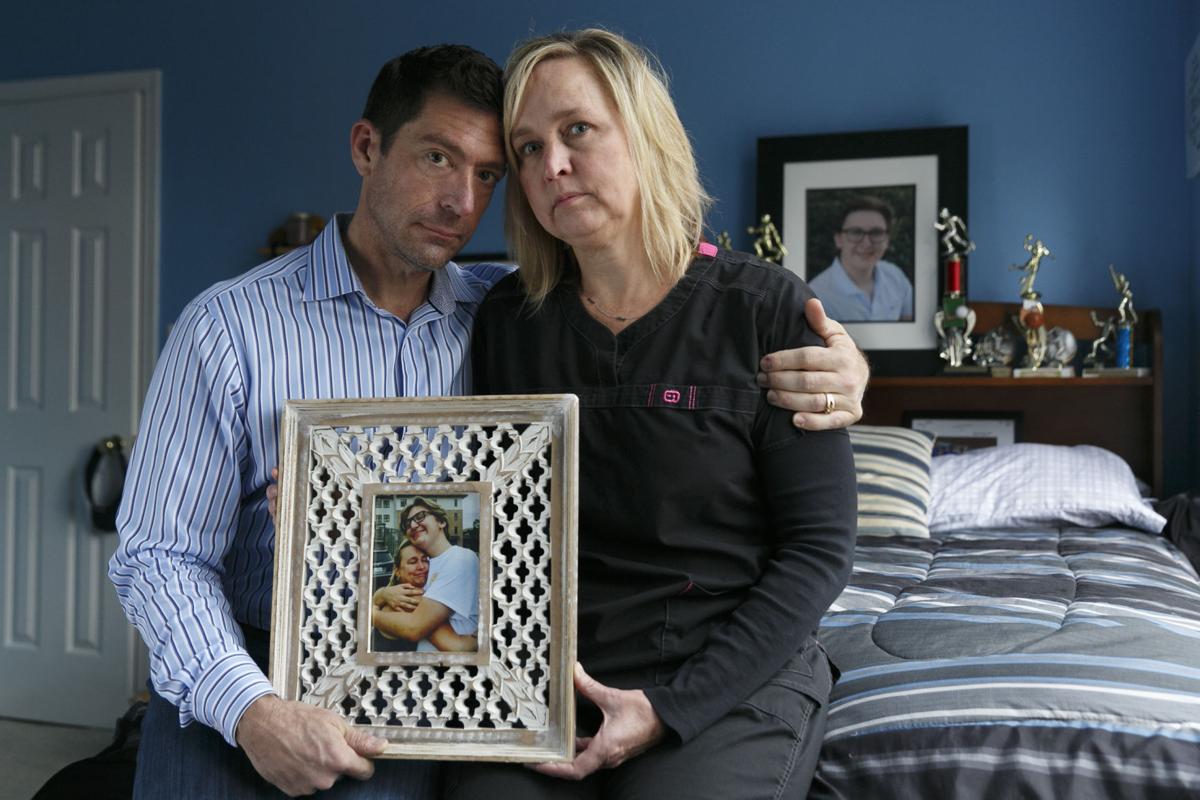 Random drug tests for fraternity members, adult supervision during new member activities, eliminating hard alcohol and kegs at frat houses, and relocating fraternity tailgates are some of the ideas an LSU panel is considering in an effort to overhaul the university’s hard-partying Greek organizations.

The full report from the 11-member task force will be made official by Feb. 21, and President F. King Alexander said he’ll offer his response by the end of next month.

The panel was tasked with developing ambitious recommendations to end hazing and curb dangerous student behavior related to substance abuse and sexual misconduct. It was created by Alexander following the death of freshman Max Gruver, who police said died after he was forced to consume alcohol in an initiation ritual at LSU’s Phi Delta Theta house last fall.

Phi Delta Theta had cameras in LSU fraternity house, but none working when Max Gruver died

LSU's now-defunct Phi Delta Theta house had security cameras placed inside and outside of the house, but they were not working the night Maxwe…

Rob Stuart, the chairman of the task force, said he expects the majority of the ideas discussed on Wednesday to be codified into their recommendations. His ideas were largely echoed by another set of recommendations made by a group of Greek alumni and advisers that were presented to the task force.

“What we need is a culture change, and rules and regulations alone are not going to change the culture, it has to start with people assuming responsibility for their actions," said Stuart, an alumnus and Baton Rouge businessman.

Members of the task force and the alumni group both acknowledged at the meeting that sororities and other student groups have had histories of far fewer problems than fraternities. They said that sororities have stronger alumni involvement and greater personal accountability.

Tommy Bernard, the Theta Xi alumni adviser and leader of the Greek Alumni Unity Council that offered additional recommendations, said he agreed with almost all of the task force’s ideas. But he cautioned that leaning too hard on draconian policy changes would undermine the entire system.

“Too many unrealistic policies will lead to failure,” he said.

Some of the ideas mentioned at the task force meeting included:

Stuart explained that tailgate parties have been identified as a source of problems. Typically, all of the fraternities set up tailgate tents in the Parade Grounds, which would often attract many people who were not in the organization and spilled into giant, raucous parties with no regulation.

Fraternity pledges were also often being forced to stay up all night to guard tailgate spots.

Back in Roswell, Georgia, Rae Ann and Stephen Gruver are closely following the activities of the task force.

And they said they expect the university to deliver on its lofty promises made in the wake of the death of their son Max, the 18-year-old freshman who police said died in a hazing ritual. Ten men were arrested on misdemeanor hazing counts, while LSU police additionally booked one fraternity member with negligent homicide.

Attorneys for the men, almost all LSU students or former LSU students, have defended them as innocent of hazing. A state grand jury has been hearing evidence in the case.

"I would like to reiterate what President F. King Alexander already stated himself," Rae Ann Gruver told The Advocate on Wednesday, borrowing from Alexander's earlier statements about the task force. "The Gruvers hope 'the task force recommendations will make LSU a leader in the new era of eliminating hazing and rooting out dangerous Greek life behaviors.'''

"We want to see LSU as a leader also and make these changes," she said. "We want LSU to show the other universities what needs to be done and then actually do it. Do it for Max and the safety of students everywhere."

In 2013, LSU's chapter of Pi Kappa Phi hosted an event for its new member class called "Big Brother Night." At that gathering, LSU would later…

The Gruvers have been doing their own research and advocacy on the subject, quickly becoming experts in the world of hazing policy and legislation nationwide.

Rae Ann Gruver said she and her husband have not been contacted by the Task Force — not for an update, nor to be asked for their input.

"I would have liked to have been included or updated during this process," she said. "I know we have been going through a lot since Max passed, but an update from the task force would have been appreciated."

Stuart said Wednesday now that the panel has a clearer direction of where it’s headed it will be reaching out to the Gruver family.

Next month, the Gruvers are meeting with the parents of other hazing and fraternity death victims in Greenville, South Carolina, for what they're calling an "inaugural parents anti-hazing retreat."

The group will "identify specific issues that exist on university campuses and in the federal and state legislatures that need to be addressed in order to eliminate hazing," Rae Ann Gruver said. "We want to develop action plans to drive the changes needed and to discuss the development of programs for middle school and high school students to educate them on hazing risks and prevention."

All of the parents in attendance have lost a child to hazing, Gruver said, including the parents of Tim Piazza, the Penn State student who died last February at a fraternity party.

In a December interview with The Advocate, Stephen and Rae Ann Gruver outlined the steps they'd like to see taken to prevent another hazing death. These included creating more transparency about previous infractions of Greek organizations, amnesty for students calling in medical emergencies, and tougher criminal penalties for hazing.

In Louisiana, the maximum criminal penalty for hazing is softer than the penalty for shoplifting candy. A hazing conviction comes with a small…