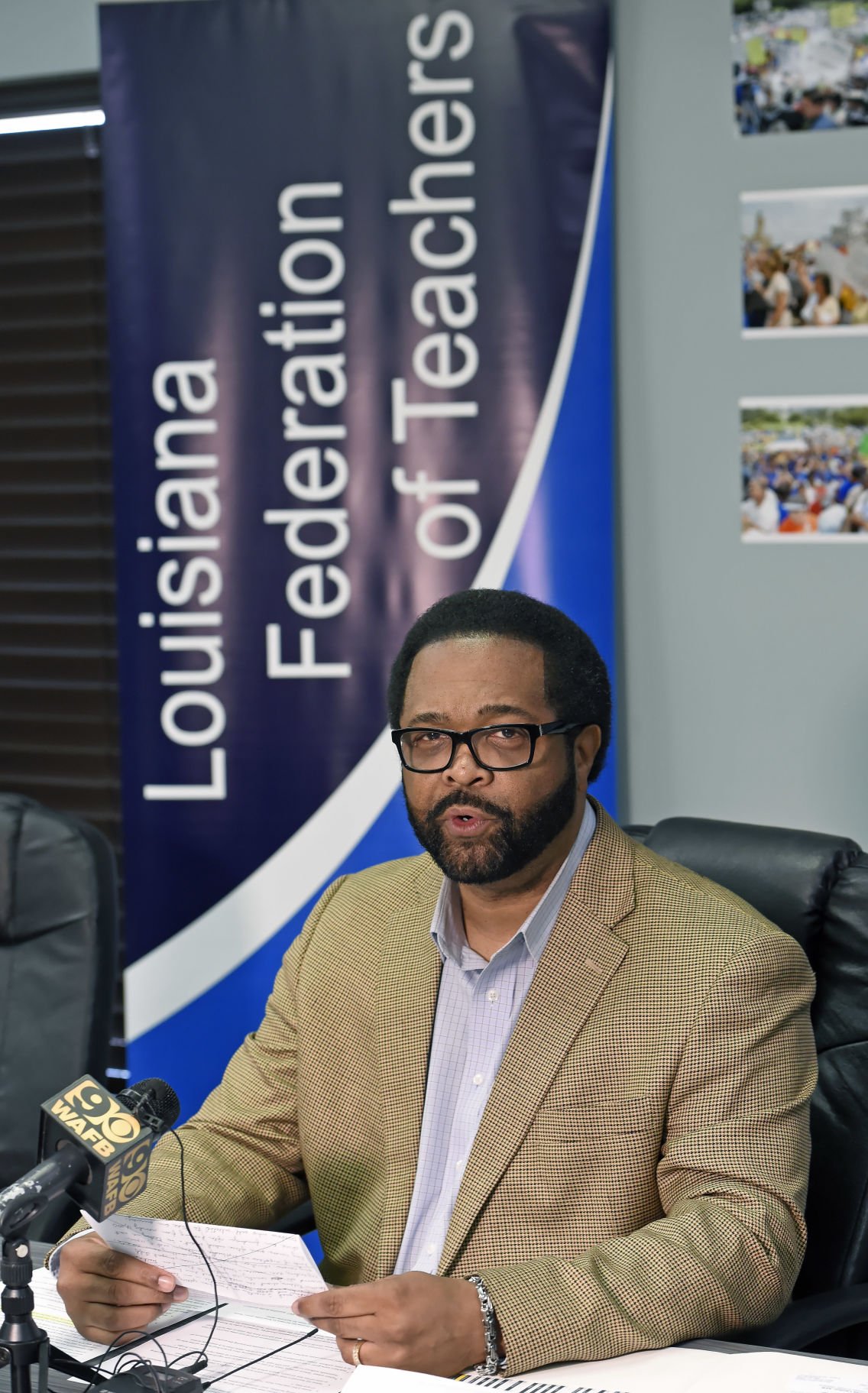 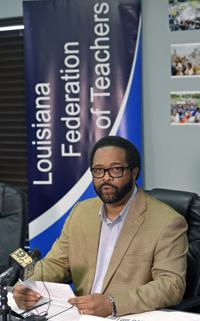 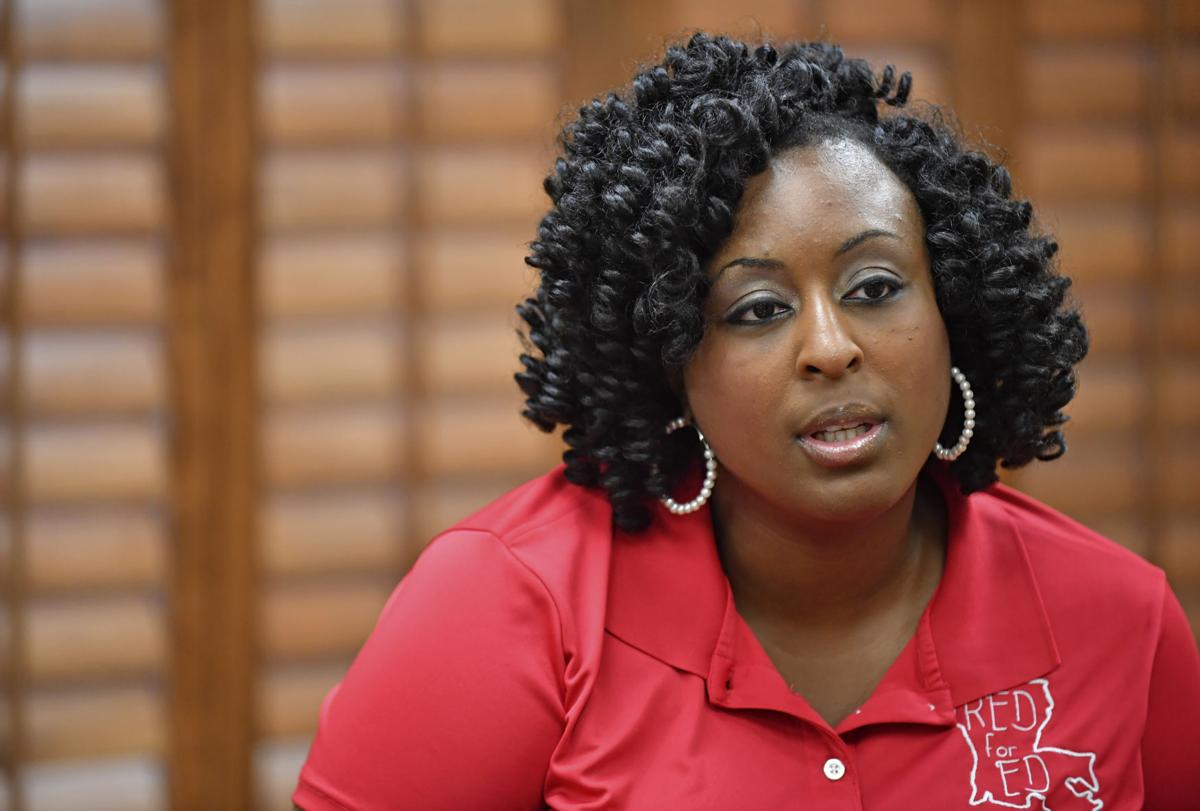 While Louisiana's two teacher unions had a voice in the delay of in-person classes in Baton Rouge, other efforts to restrict when and how public schools reopen amid the coronavirus pandemic have fallen short.

Leaders of the Louisiana Federation of Teachers and the Louisiana Association of Educators said Tuesday they can take some of the credit for the East Baton Rouge Parish school system's decision to delay in-person classes until at least after Labor Day, reversing plans announced less than a week earlier.

"I think both organizations are having a role," LFT President Larry Carter said.

Members of local affiliates of both groups had complained that the original plan for both in-person and virtual classes starting Aug. 6 was dangerous.

Tia Mills, president of the LAE, said her group had a productive meeting last week with Leslie Brown, the new superintendent of the East Baton Rouge Parish School District.

But both groups have failed to convince state or local leaders to go along with their key request – delay the start of public schools until positive cases of the coronavirus drop for 14 consecutive days.

The state Board of Elementary and Secondary Education ignored the request earlier this month when it approved minimum safety guidelines for the state's 69 school districts.

While local school districts have wide latitude to set their own school calendars, none have so far gone along with the LFT and LAE request to link the drop in cases in the state's nine health regions over two weeks to the resumption of traditional classes.

Aside from New Orleans public schools, which are also delaying in-person classes until after Labor Day, most districts are pushing ahead with plans to start the school year as early as Aug. 3.

Teacher unions have long faced obstacles in Louisiana. Leaders spend most of their time playing defense in both the Legislature and at BESE, opposing what they consider bad policies on public school letter grades, annual teacher evaluations and teacher job security.

The LFT has collective bargaining agreements with just the Jefferson and St. Tammany parishes school districts and two charter schools in New Orleans.

Union leaders said the pandemic is so unusual, and has raised so many unprecedented questions, that their arguments carry limited weight even in school districts where they have bargaining agreements.

In Jefferson Parish, which has the highest number of coronavirus cases in the state, the school district is set to resume classes Aug. 12, including in-person classes five days per week for students from kindergarten through fifth grade.

Kesler Camese Jones, president of the Jefferson Federation of Teachers, said her group is continuing to voice its objections to the planned starting date.

"We feel there are a lot of unanswered questions," Jones said. "Being that we are the hotbed it just seems reckless."

When schools begin is not part of the JFT's collective bargaining agreement with the district.

The St. Bernard School District is set to begin its school year Aug. 11, and is also offering a variety of instruction options.

Doris Voitier, superintendent of the district, said the LAE had a voice in the setup.

"We contacted them as we were developing the plan," Voitier said, adding that the union then did its own survey of members.

Ashley Davies, a spokeswoman for the LAE, said officials in Vermilion Parish did an outstanding job of getting input from their teachers as they drew up plans for the 2020-21 school year.

Similar surveys on teacher concerns ahead of the school year were done in the Lafayette and Rapides school districts.

The LFT also came up short in its request that face coverings be mandated for most students and adults in public schools.

The BESE plan says masks should be worn by students from third grade and above and adults while in school "to the greatest extent possible and practical within the local community context."

The president of one of Louisiana's two teacher unions said Thursday morning his group wants someone to mandate, not recommend, that face mask…

Carter said that did not go as far as the LFT favored. "We wanted it 100% mandatory," he said.

The East Baton Rouge Parish school system opted to delay in-person classes on the same day that plans were unveiled for schools in the Diocese of Baton Rouge, where teacher unions play less of a role than in public schools.

Most schools will start the academic year Aug. 6 or Aug. 7.

While details are up to each school, state guidelines on face masks, social distancing and other rules will be followed.

However, face-to-face instruction is the favored route as long as health conditions allow.

"Some Louisiana public schools are offering online class options, but Catholic schools in our diocese will partner directly with parents on such requests," the diocese said in a statement.

"It is important for students to have social interaction at school for their holistic development, so the ideal is for students to return to classrooms and develop relationships with teachers and their peers."

Louisiana is getting $17 million in federal dollars to help students navigate public schools issues during the coronavirus pandemic, the U. S.…