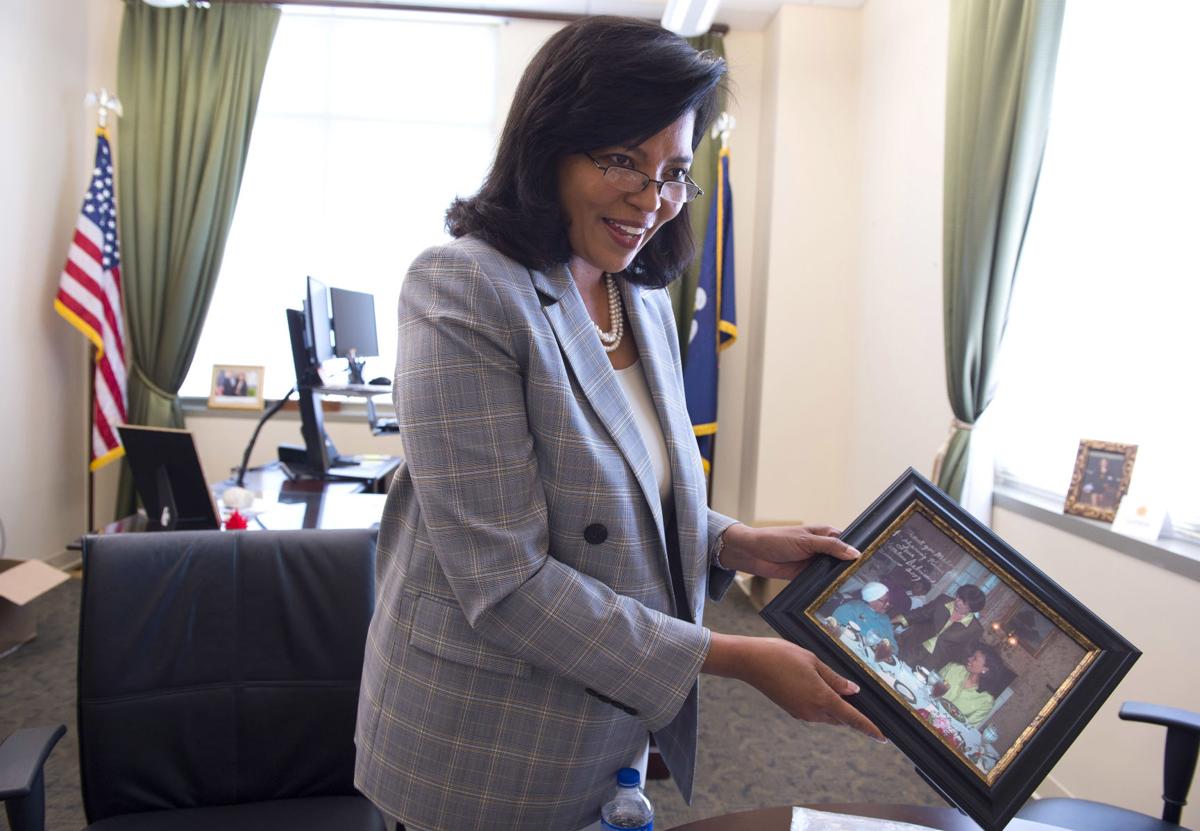 Kim Hunter Reed, former aide to then-Gov. Kathleen Blanco, shows a photograph of a lunch she had with her grandmother, Malver Herson, and Blanco, when Reed was leaving the Governor's administration, as she talks Thursday, June 14, 2018 about becoming Louisiana's Commissioner of Higher Education. 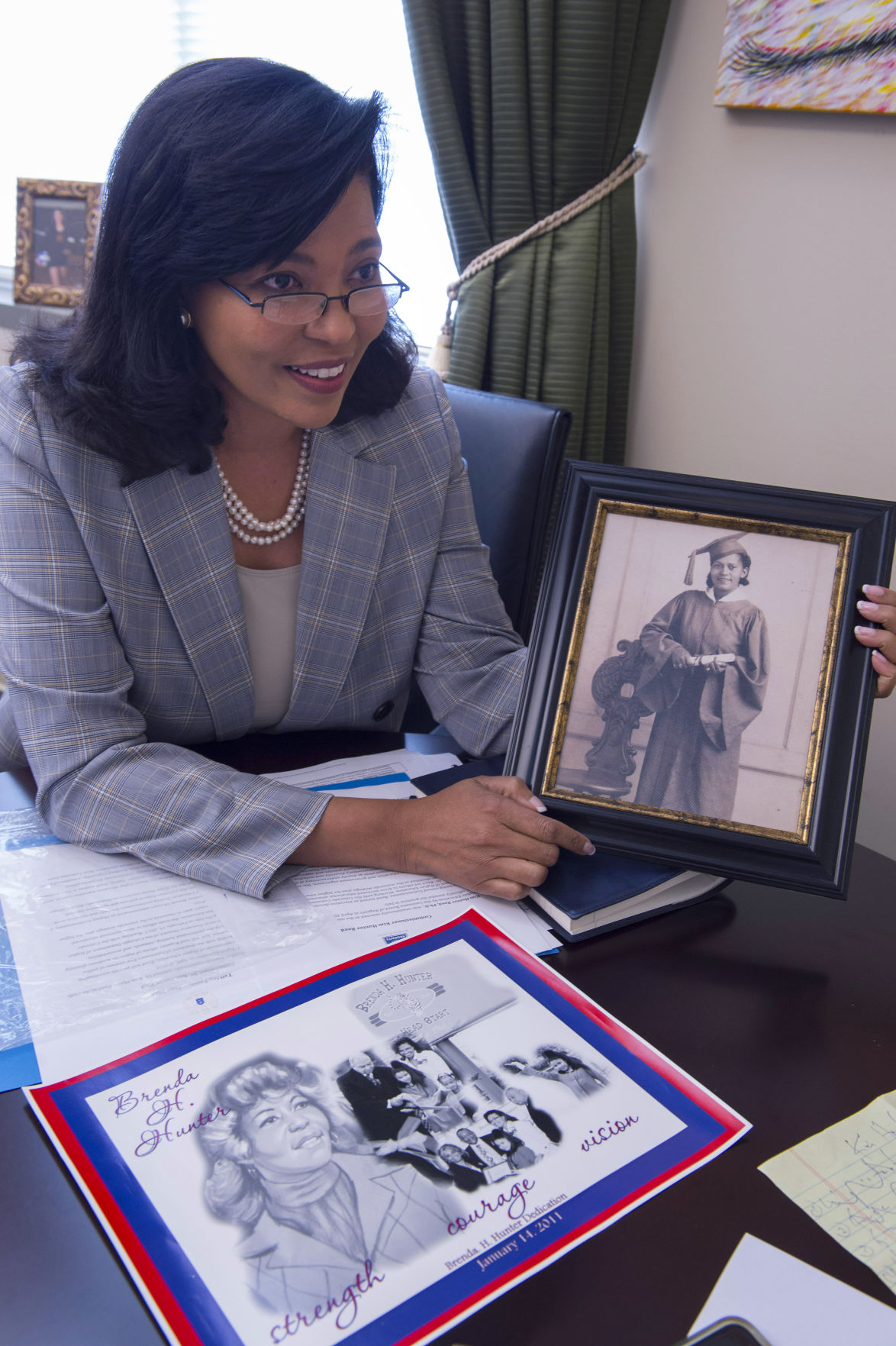 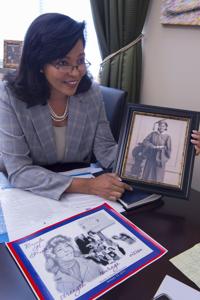 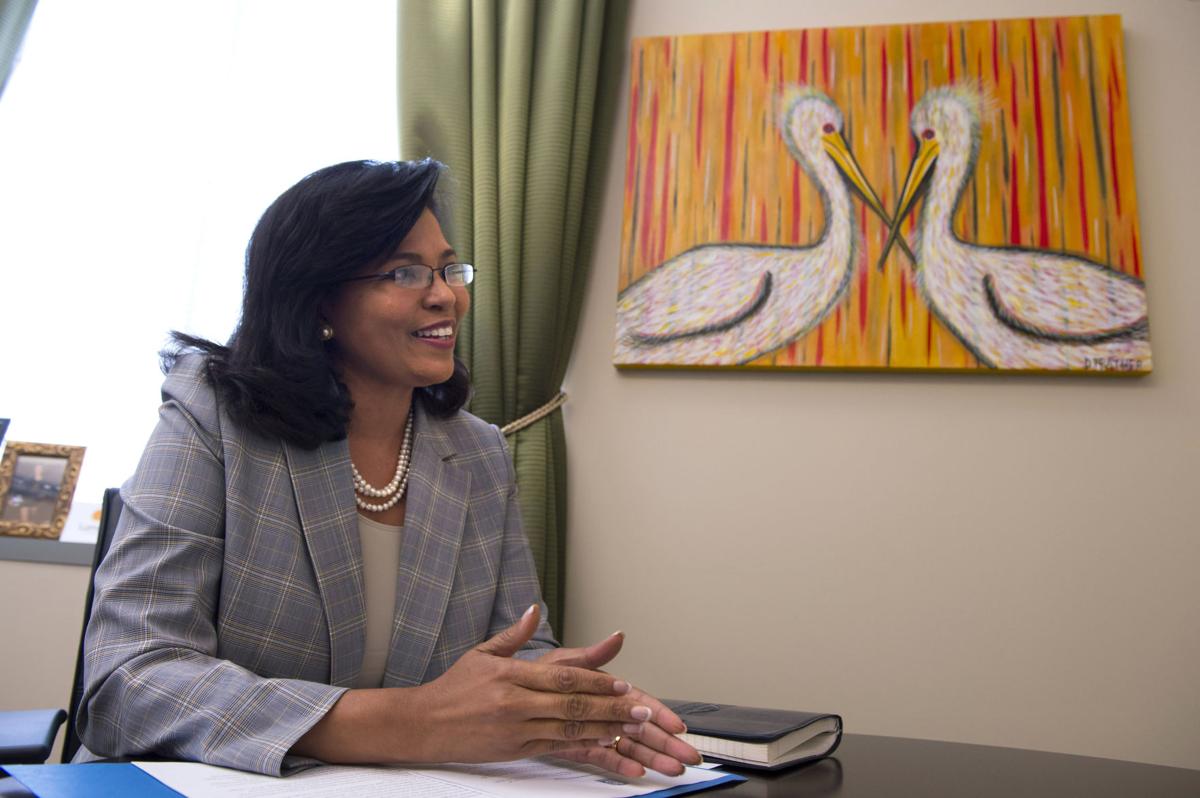 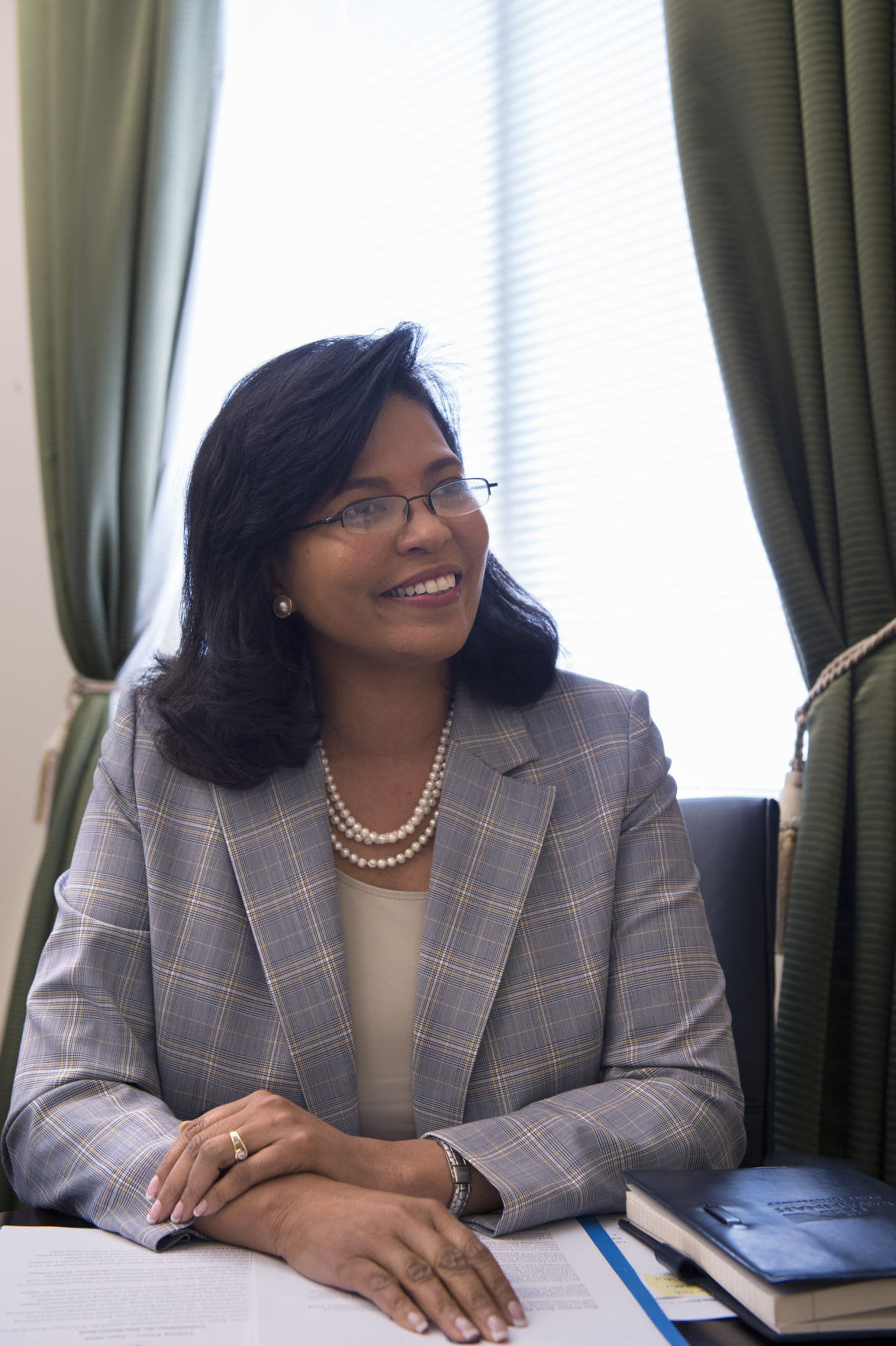 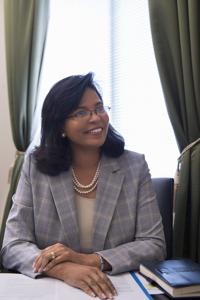 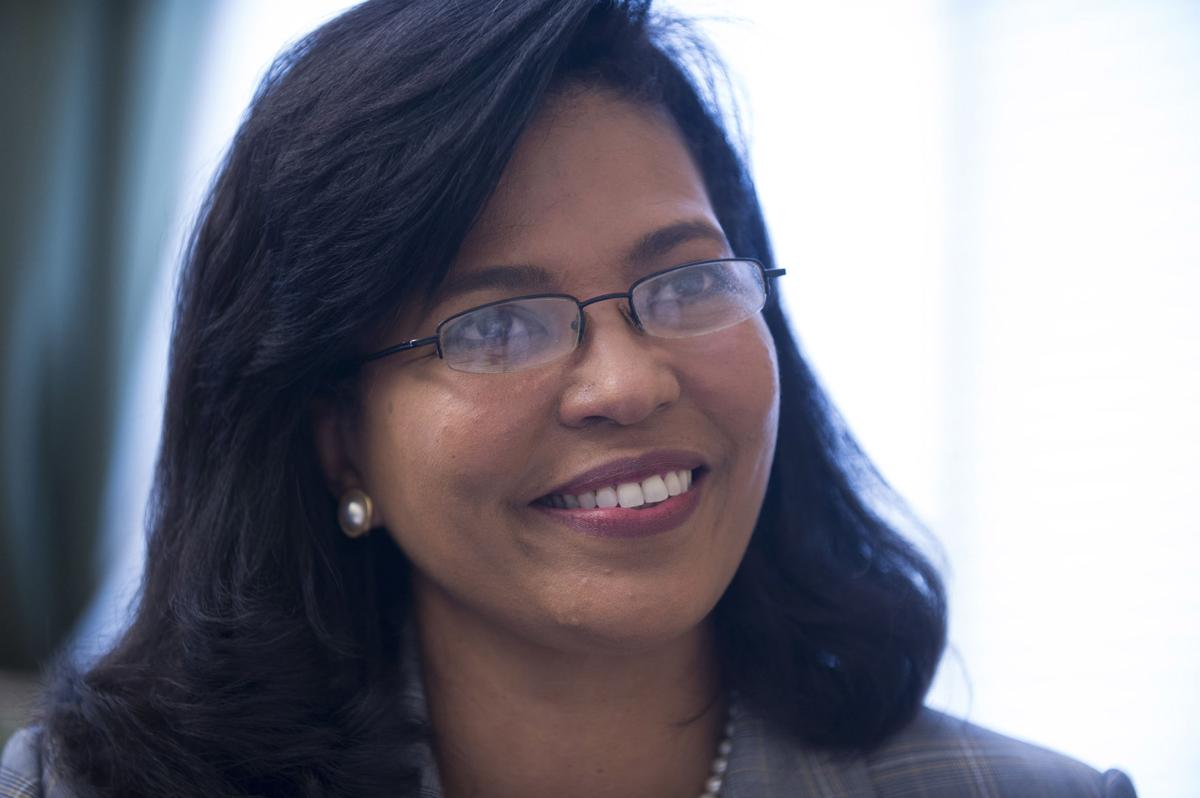 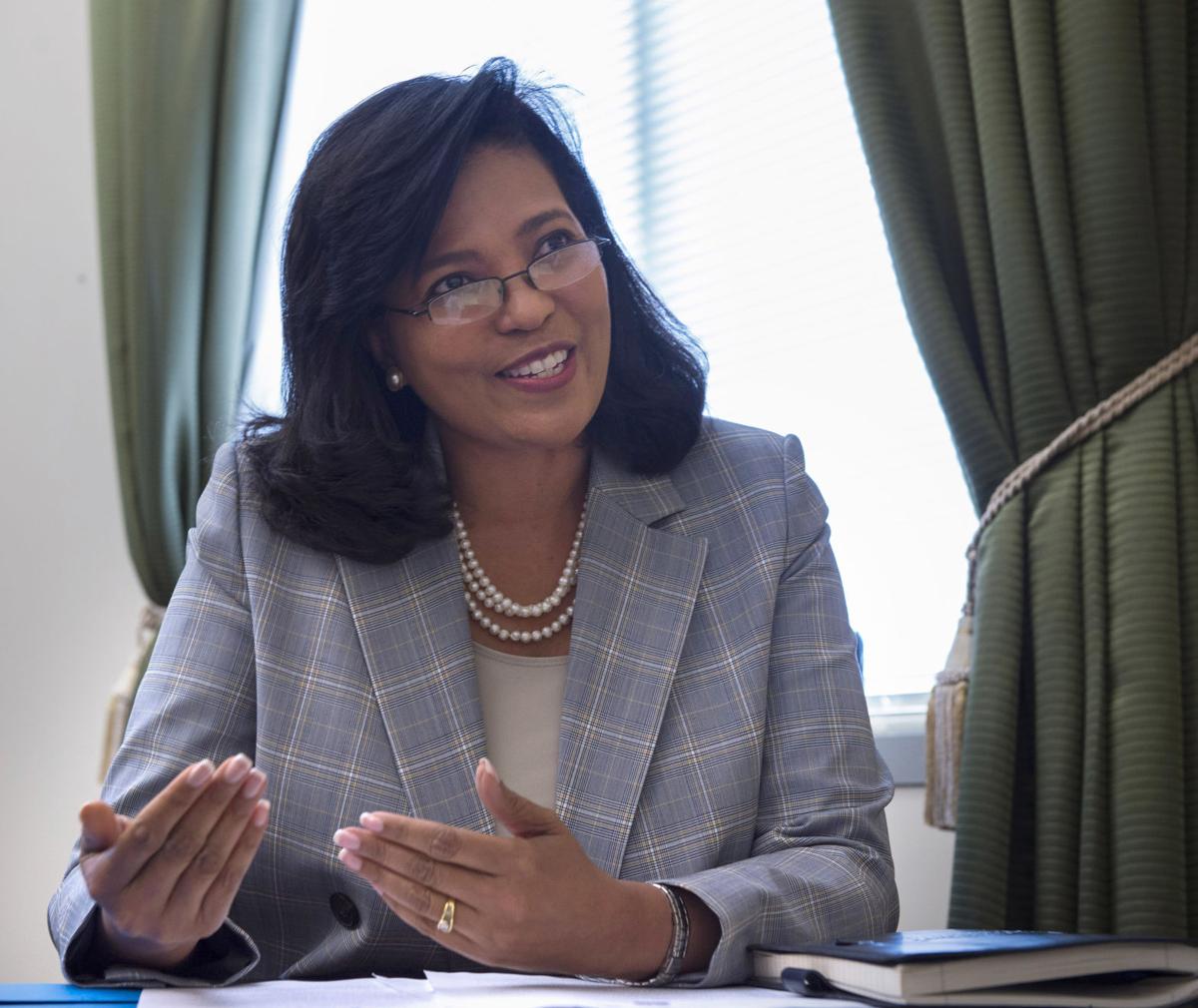 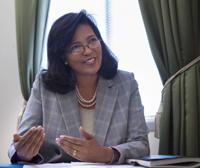 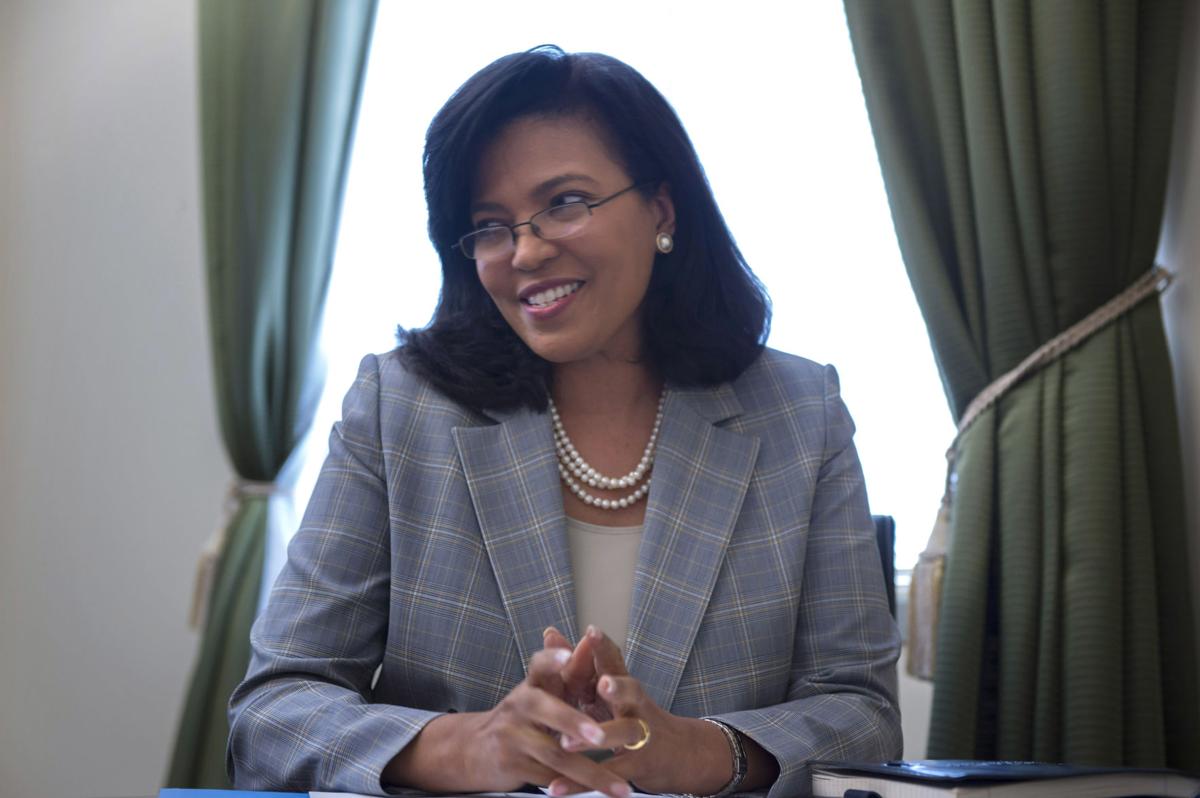 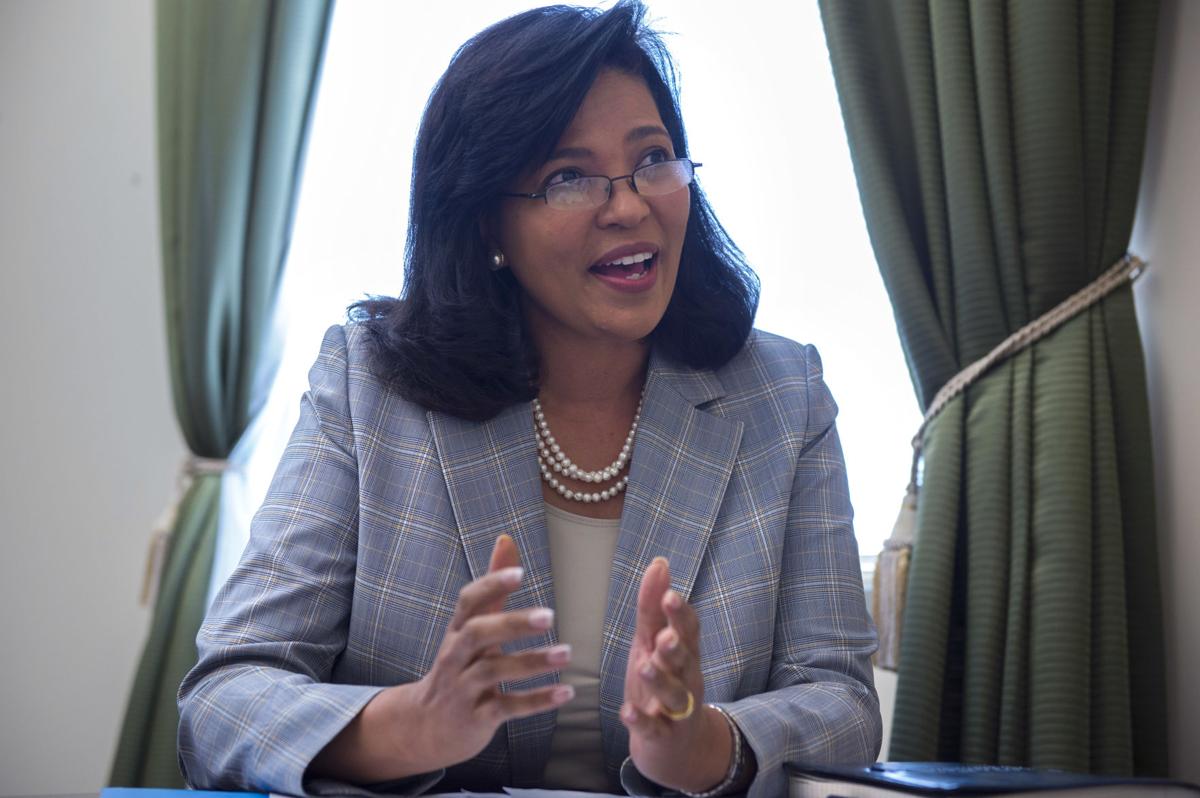 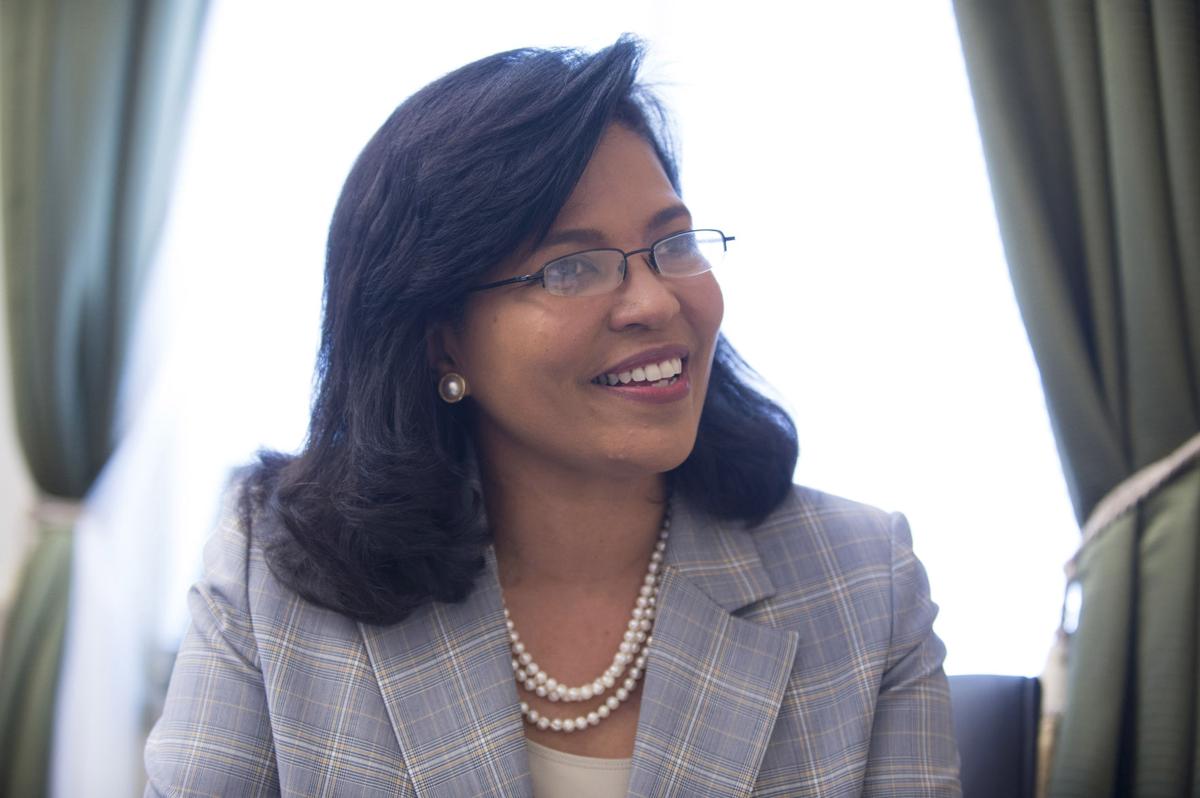 Kim Hunter Reed, former aide to then-Gov. Kathleen Blanco, shows a photograph of a lunch she had with her grandmother, Malver Herson, and Blanco, when Reed was leaving the Governor's administration, as she talks Thursday, June 14, 2018 about becoming Louisiana's Commissioner of Higher Education.

Colleges face a $96 million reduction, on top of roughly $1 billion cuts in the past decade.

Under the latest budget, the Taylor Opportunity Program for Students, or TOPS, would be funded at 70 percent of current levels.

Two divisive special sessions this year to resolve seemingly endless budget problems failed, and a third one starts on Monday at 4 p.m.

"I am here early because we have an immediate crisis," said Reed, who is the state's ninth commissioner of higher education.

Kim Hunter Reed, a Colorado educator who has spent most of her career in Louisiana, was picked Wednesday to be the next Commissioner of Higher…

Reed got to Baton Rouge from her previous job in Denver on June 10, a Sunday.

"I landed Sunday, I started meetings on Monday, I came into the office on Tuesday," she said.

Reed already has talked to House and Senate leaders, board staff, the heads of college and university systems and student leaders.

When the special session starts she will be there to press the case for funding colleges and universities.

"We have to make sure we support talent development in Louisiana," she said in an interview.

Friends, co-workers and allies say what the state is getting is an energetic advocate with a wealth of higher education experience in Louisiana and elsewhere.

"Kim is a tireless worker," said former Gov. Kathleen Blanco, who Reed worked for from 2004-07.

"I often wondered when she sleeps," Blanco said. "I mean, she would be sending emails at 4 in the morning. She just has boundless energy."

Joseph Savoie, president of the University of Louisiana at Lafayette and former commissioner of higher education, made the same point.

"Kim is exceptionally talented," Savoie said. "She is tireless. She works long hours. She is focused. She is a problem solver."

Reed, 52, just left her post as executive director for the Colorado Department of Higher Education in Denver, where state aid for colleges is about to rise by $100 million.

Few changes are in store for public schools after a session where tweaks around the edges took the place of any bold sweeps in education policies.

Before that she was deputy undersecretary for the U.S. Department of Education in the Obama administration, where she worked and commuted for 11 months, then 17 months in Denver.

But most of Reed's professional life, and a big reason she landed the job, took place in Louisiana.

She worked for the Board of Regents twice, as chief of staff from 2008-12 and as deputy commissioner for public affairs from 2000-04.

Other stops include the University of Louisiana System, executive vice president; Southeastern Louisiana University, including executive assistant to the president and higher education consultant for HCM Strategists in Washington, D.C.

Joseph Rallo, who leaves state government on June 8, spent most of his 42-month tenure as commissioner of higher education watching aid for co…

"She is probably the best prepared commissioner we have ever had," said Savoie, who held the job from 1996-2008.

The commissioner and the Board of Regents oversee boards that run four systems – LSU, Southern, the University of Louisiana System and the Louisiana Community and Technical College System.

Reed, who is the first black person to serve as commissioner, grew up in Lake Charles in a family of educators.

Her office wall includes a photo of her grandmother, born 100 years ago, holding her degree from Southern University at a time when LSU was off limits for African Americans.

Reed's late mother was a Head Start director in Lake Charles, where the center is named after her.

Her dad still works in education.

"It is special to be part of something that you truly believe in, that is in your DNA," she said.

Reed got her undergraduate and master's degrees from LSU and her Ph.D in public policy from Southern University.

She is a wife and the mother of a rising high school senior.

They live in Baton Rouge.

Reed, then in her mid-20's, was working in Lake Charles for KPLC television station in 1991 when then gubernatorial candidate Edwin Edwards saw her work. "I was impressed and talked her into becoming press secretary," Edwards recalled.

Said Reed, "I did not know what the press secretary was, or what the job entailed." But she took the job and served during Edwards fourth and final term, getting an education along the way traveling the state.

"It was my first foray into politics," Reed said. "I learned a lot."

Said Edwards, "She served in a number of functions. Always does a great job."

The next time a Democrat became governor, Reed was back in the State Capitol.

She managed policy, legislative affairs and communications for Blanco.

Like the rest of the governor's staff, Reed saw firsthand what ensued when Hurricane Katrina struck in 2005.

State Rep. Sam Jones, D-Franklin, who also served on Blanco's staff, said Reed was part of the all-hands-on-deck daily push for relief that consumed the administration after one of Louisiana's biggest disasters.

The commissioner is starting a job where even a standstill budget, like last year, is considered a victory.

Spending per student is the lowest  in the region, and just a third of what Alabama spends, said Robert Levy, chairman of the Board of Regents and the official who asked Reed to start work early.

"It is not an overstatement to say Louisiana's continued ability to educate its citizenry and train its workforce depends on what happens in the upcoming special session of the Legislature," Levy said in a message to lawmakers.

"It is that critical," he said.

Blanco said Reed, who will be paid $350,000 per year, is fully aware of the challenges.

"Kim knows what is going on," she said.

"She is not walking into that job with any kind of rosy expectations," Blanco said. "These are tough political times."

Higher Education Commissioner Kim Hunter Reed, the granddaughter of an educator who never had a chance to attend LSU because of her race, urge…