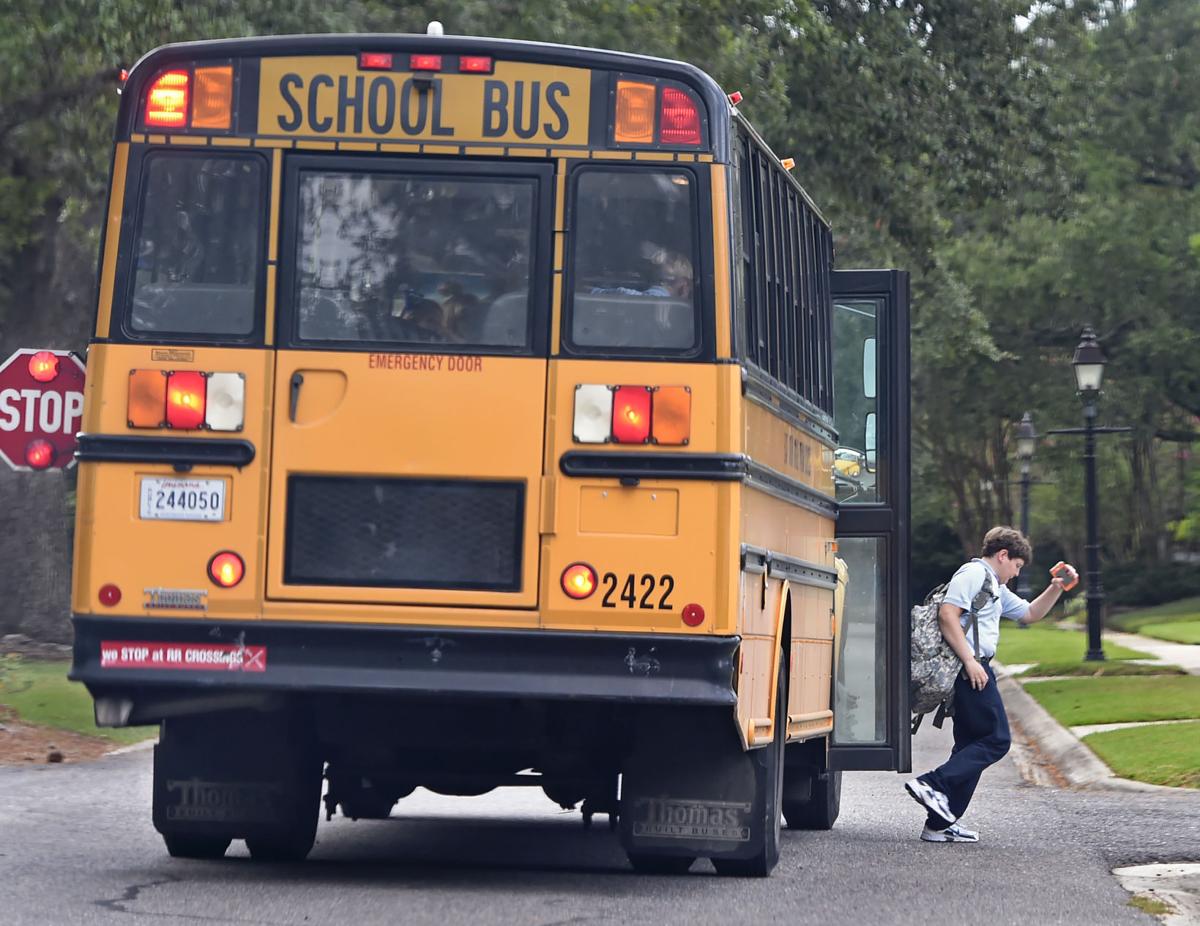 Advocate file photo -- With a spring in his step, a youngster celebrates getting off of a school bus after the first day of school Thursday August 8, 2019, in Baton Rouge, La. 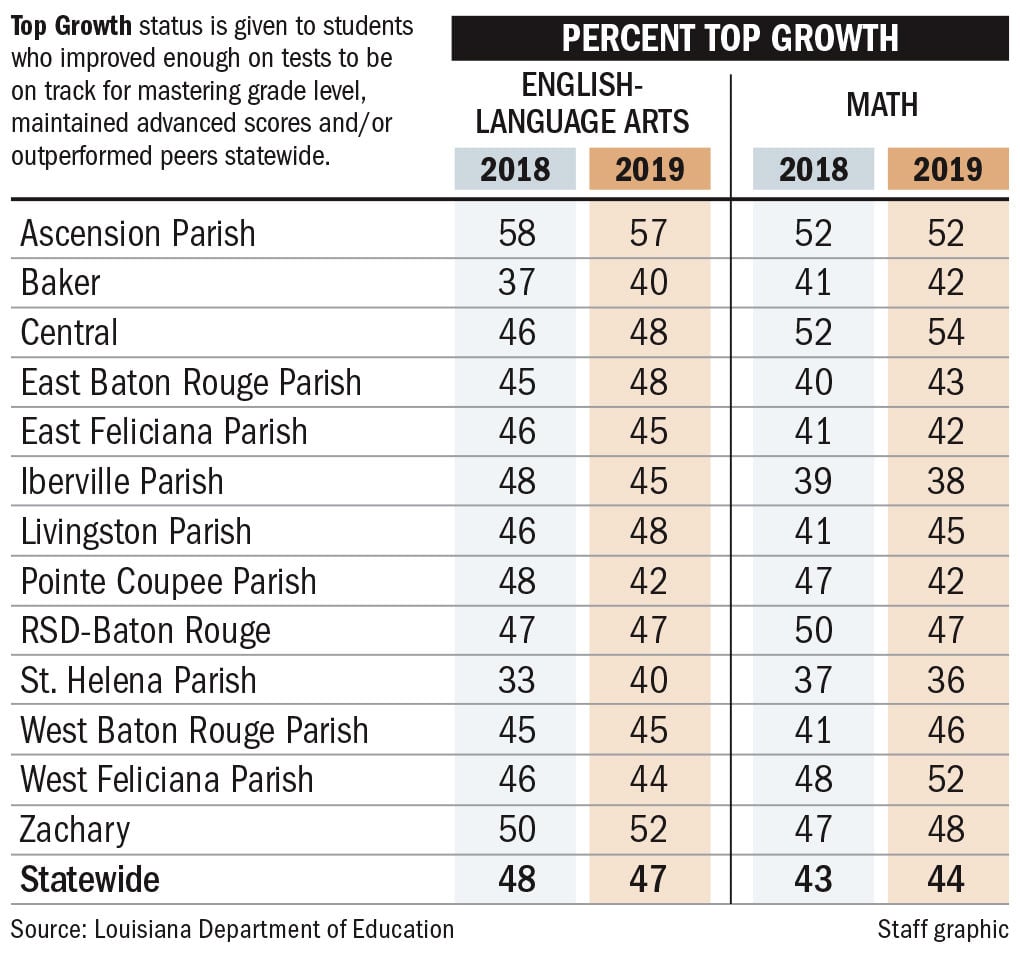 About half of the public school districts in the Capital region outpaced the state as a whole in the percentage of their students meeting their individual state-developed growth targets while the other half trailed the state on this new measure, according to results released Tuesday by the Louisiana Department of Education.

Of these 13 school districts, seven counted more “top growth” students in English language arts than last year and eight had more students earn that label in math. The state overall was flat.

These latest results serve as a snapshot of year-to-year academic growth of individual students. It’s the second consecutive year the state has released this measure. The idea is to provide Louisianans with an additional way of judging school performance and individual student growth in addition to the traditional focus on overall performance of students in a given grade or subject.

The latest results are derived from LEAP standardized tests given this past spring in grades three to 11 and only in the subjects of English language arts and math. In July, the state released LEAP results in the traditional way, as well as results for social studies. Science results have not yet been released.

Once again, the Baton Rouge area is leading Louisiana's academic rankings, but thanks to big changes in how the state calculates school and di…

Both traditional results and this new measure of student growth are key building blocks for school letter grades that will be released late this fall.

In a change enacted in 2018, some 25 percent of a school’s letter grade comes from student growth, specifically a Progress Index that allots points for all students. Tuesday’s results account for two of five categories of students that make up the index, but those two categories generate the most points for schools and school districts.

The traditional LEAP results issued last month tell a somewhat different story of how schools are doing. More students statewide scored mastery or above in both English and math compared with 2018. The same was true in 10 of the 13 districts in the Capital region.

East Baton Rouge and Livingston school districts, along with Central and Zachary, showed across-the-board improvement on both the growth and traditional measures.

Andrea O’Konski, chief of accountability, assessment and evaluation for the school system, said a more complete picture of student growth will emerge when school report cards are released later this fall. That will include students who grew at least some amount academically in 2018-19, but were not judged top growth.

“Still, we are happy that we have more students at the highest levels of growth,” O’Konski said.

To earn the new top growth label, a student needs to meet or exceed individual growth targets issued annually by the state or to outperform other students whom the state considers their peers in the classroom. The state adds up all of these students and then divides them by the total number of test-takers to derive school and district-level top growth percentages.

In the capital region, Galvez Primary had 71 percent of test-takers judged top growth students, followed closely by Woodlawn Elementary and first-year charter school IDEA Innovation at 70 percent. IDEA Innovation’s performance is particularly notable since only 18 percent of its students scored mastery and above on the LEAP tests this spring, well below state and district averages.

Students who score at the highest advanced level in English or math for two years in a row are automatically considered top growth. That remains the case even if their performance was unchanged or declined from the year before. State officials say such students account for almost 7 percent of those earning the label top growth.

The state’s goal is for all students to achieve the level of mastery, a rung below advanced.

State Superintendent John White defended describing those students as top growth because they are relatively small in number. And he said earning that label serves as an incentive for schools to strive to maintain that high level of performance.

“There is a pattern of students who are advanced not staying advanced,” White said. “And that’s a problem. That’s why we insist that you stay advanced to get your growth points.”

He admitted it’s not perfect.

“It’s hard to get at all the nuances of performance into one measurement,” White said.