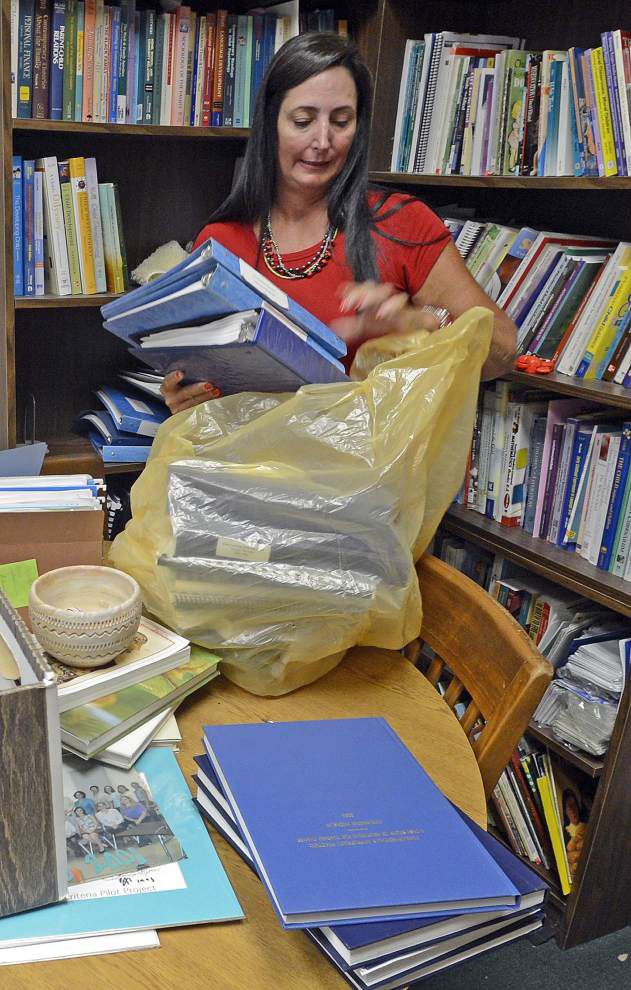 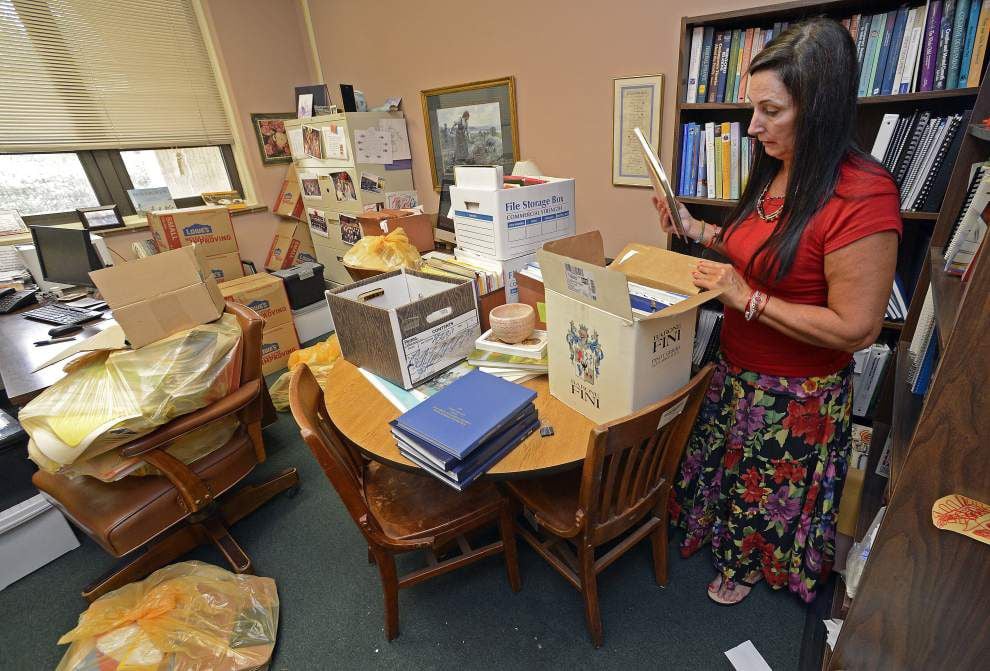 Advocate staff photo by BILL FEIG -- LSU professor Teresa Buchanan says she was dismissed in a 'witchhunt' over her occasional use of profanity in the classroom. 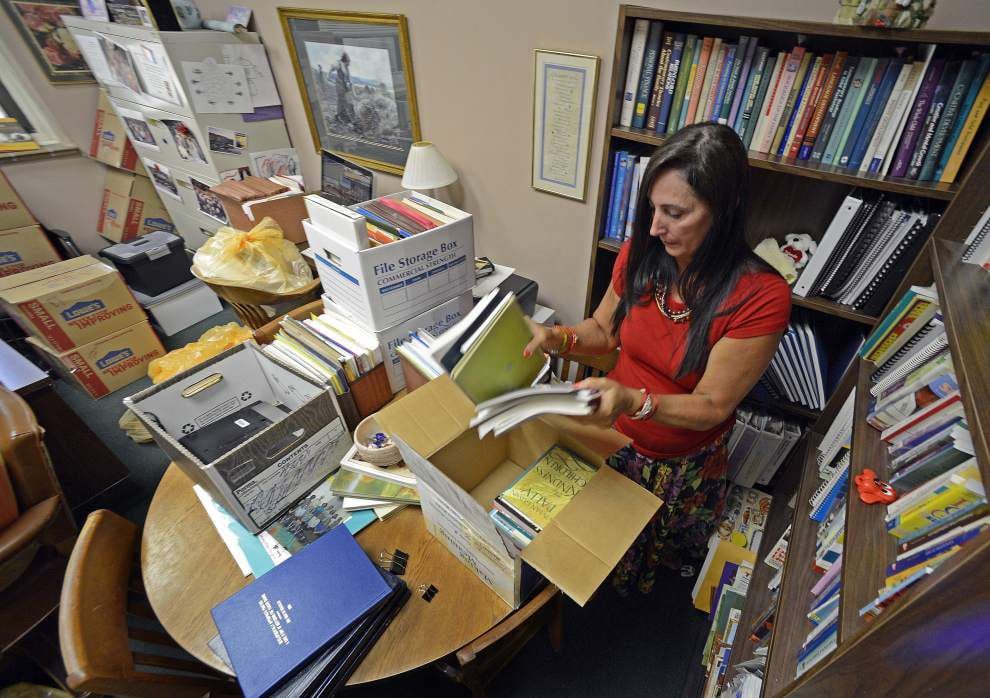 Advocate staff photo by BILL FEIG -- LSU professor Teresa Buchanan says she was dismissed in a 'witchhunt' over her occasional use of profanity in the classroom.

An LSU associate professor has been fired for using curse words and for telling the occasional sexually-themed joke to undergraduate students, creating what university administrators describe as a “hostile learning environment” that amounted to sexual harassment.

A faculty committee that reviewed her case gave a few “notable” examples: Saying “F*** no” repeatedly in the presence of students, using a slang term for vagina that implies cowardice and telling a joke that the quality of sex gets worse the longer a relationship lasts.

Teresa Buchanan, who specializes in early childhood education and trains elementary school teachers, is fighting back.

The tenured faculty member said she’s the victim of a “witch hunt,” and plans to take the university to court for wrongful dismissal.

The 20-year veteran of LSU argues that she has never sexually harassed anyone, though she acknowledged using profanity every so often and making jokes to keep the attention of her students or to jolt them to consider classroom issues they hadn’t considered.

Buchanan said she was going through a divorce during the time of the complaints, and she was a bit looser with her language but said it was nothing that warranted her firing.

She said the university is trying to dictate how she teaches and in the process is impinging on her academic freedom.

Buchanan was fired even though a committee of five faculty members that presided over an 11-hour dismissal review hearing held on March 9 recommended that she keep her job.

While the committee found that her adult language and humor violated university policies that protect students and employees from sexual harassment, it found no evidence Buchanan’s comments were “systematically directed at any individual.”

The committee recommended she be censured and agree to quit using “potentially offensive language and jokes” that some found offensive.

The committee also faulted the university for failing to have the chair of Buchanan’s department work to resolve her behavior prior to having the Human Resources Office investigate.

LSU President and Chancellor F. King Alexander rejected the faculty committee’s recommendation that Buchanan be censured and instead urged the LSU Board of Supervisors to dismiss her.

In an April 2 letter to Buchanan, Alexander pointed to the committee’s finding that she had engaged in sexual harassment but didn’t mention that the committee had recommended censure, not termination.

The chancellor also cited an allegation that Buchanan had violated a student’s rights under the federal Americans With Disabilities Act, an allegation the committee had rejected as “not substantiated by testimony.”

Kevin Cope, president of LSU’s Faculty Senate, said Alexander’s dismissal of the faculty’s judgments in Buchanan’s case is disturbing, but part of a larger problem at many universities, not just LSU.

Cope cast doubt on whether Buchanan violated any of the university’s policies. He noted the university’s sexual harassment policies require behavior that is not only sexual in nature, but that it must clearly hurt the school performance of students and employees.

“Personally, this is nothing that I would consider sexual harassment at all,” Cope said.

He added that if using profanity is grounds for dismissal, two-thirds of college administrators should be fired.

On June 19, the LSU Board of Supervisors carried out Alexander’s recommendation that Buchanan be terminated, but not before hearing from the 53-year-old academic.

“I want to make sure you know exactly what you are about to do and to whom you are doing it,” Buchanan told the board.

Buchanan told the board that since she was hired at LSU in 1995, she has received only satisfactory performance reviews.

She said she has received teaching awards from the LSU Honors College and from the Tiger Athletic Fund, founded a nationally recognized teacher training program, and, prior to the allegations, had been recommended to become a full professor.

Buchanan also questioned the evidence presented at her dismissal review hearing, noting no students testified in person against her. Instead, she said, the committee relied on the testimony drawn from the Human Resources investigation, which she described as based largely on hearsay. She said her rights to free speech and due process were violated.

“If you confirm that decision, you will be confirming that LSU administrators do not have to follow LSU policy,” Buchanan said.

“I love my job, and I’m very good at it,” she added, choking back tears.

Buchanan said she has not taught a class since she was removed from the classroom on Dec. 20, 2013, the last day of the fall semester.

In a letter that day to Buchanan, Damon Andrew, dean of the College of Human Sciences & Education, said “multiple serious concerns” had come to his attention, including “inappropriate statements you made to students, teachers and education administrators,” as well as conflict with Iberville Parish Superintendent Ed Cancienne.

“This behavior is completely unacceptable and must cease,” Andrew wrote.

In an interview with The Advocate, Cancienne said he called Andrew because he’d received complaints about Buchanan from a couple of his teachers and felt it was his duty to alert LSU. LSU then asked him to put his concerns in writing, he said.

“When I think there’s a serious issue, then I have to communicate that to them,” he said.

Buchanan said Cancienne had asked repeatedly for her to send teachers to Iberville Parish, but she’d resisted because it’s a relatively low performing district, and her students teachers need to see standout teaching so they know what to do themselves. She said the program got off to a rocky start there, but she denied any unprofessional behavior.

She said she voluntarily agreed to no longer supervise the LSU student teachers in Iberville after Cancienne called her to complain. She said she thinks Cancienne’s complaints, and LSU’s desire to placate him, had something to do with her firing.

Buchanan said the selective teaching program she ran is demanding, likening it to a medical school internship, making her unpopular with some students.

“I have very low tolerance for poor teaching and very high standards,” she said.

In that vein, Buchanan said, she at times employed humor in trying to get her students to realize the heavy demands of the teaching profession.

For example, she said, her young female teachers often have very supportive boyfriends who will help them set up their rooms at the beginning of the school year, but she tells them not to count on that.

“In the beginning of a relationship, while the sex is good, your partner will do anything he can to help you,” Buchanan recalled telling students. “After two or three years, don’t count on him coming out.”

The state chapter of the American Association of University Professionals has set up a legal defense fund for Buchanan, who said she has no savings. LSU is entering its third year under censure from the AAUP for its treatment of its faculty members.