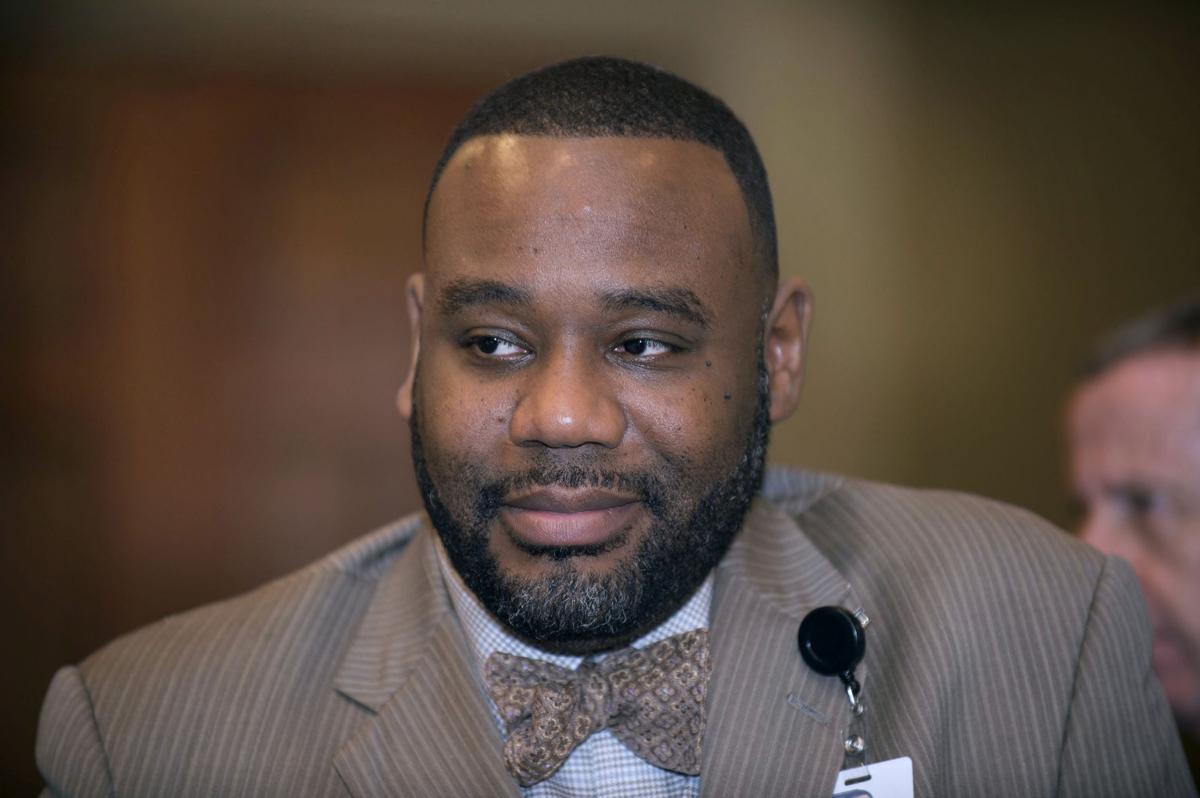 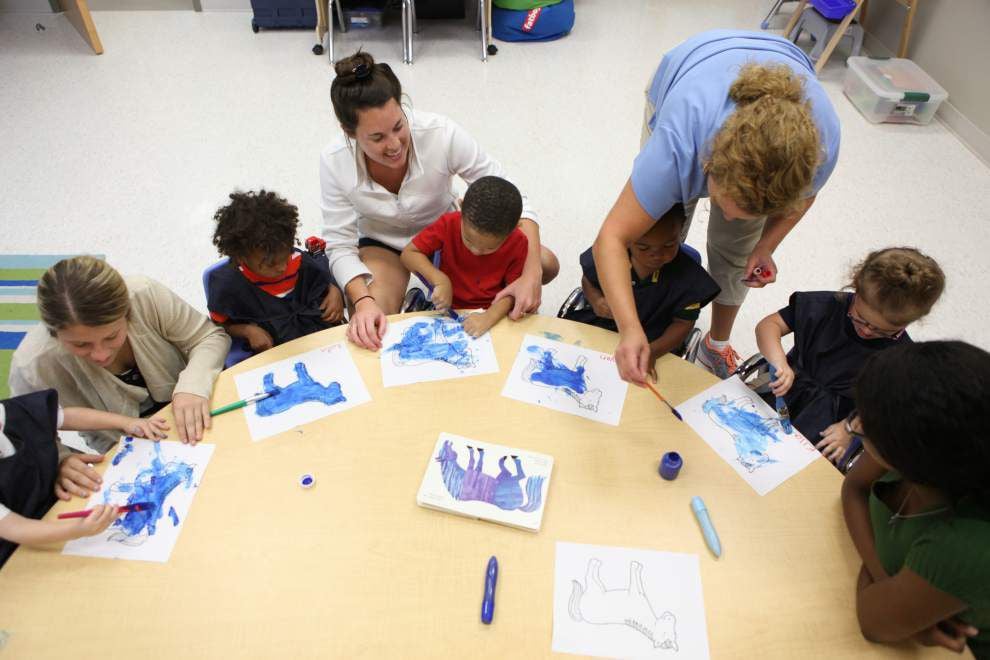 Youngsters work in a speech therapy classroom at The Emerge Center. 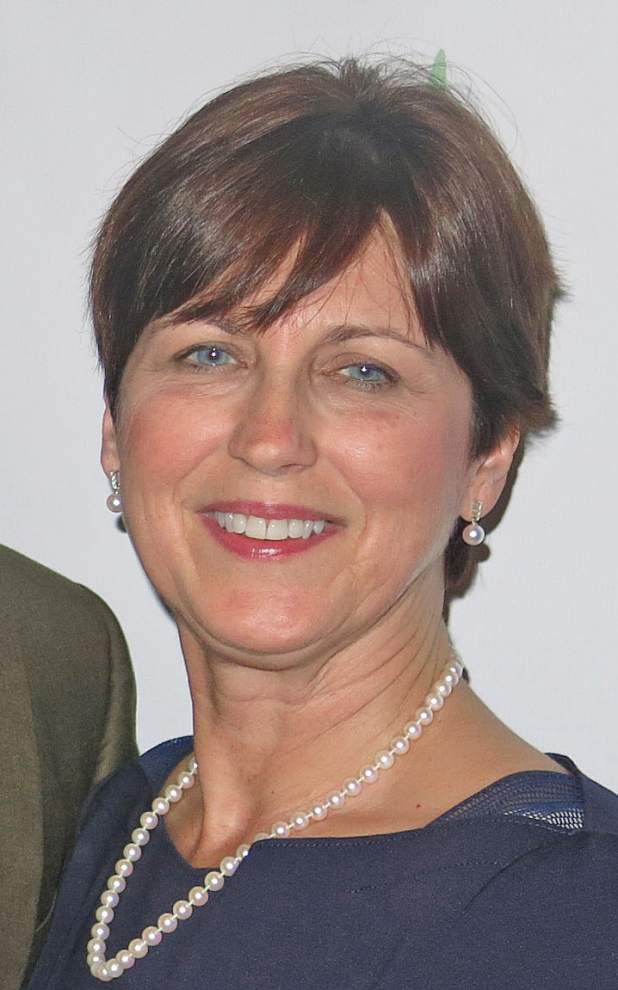 The key to successful treatment of an autistic child is early intervention, says Melissa Juneau, executive director of the Emerge Center, one of Baton Rouge’s leading autism service providers. 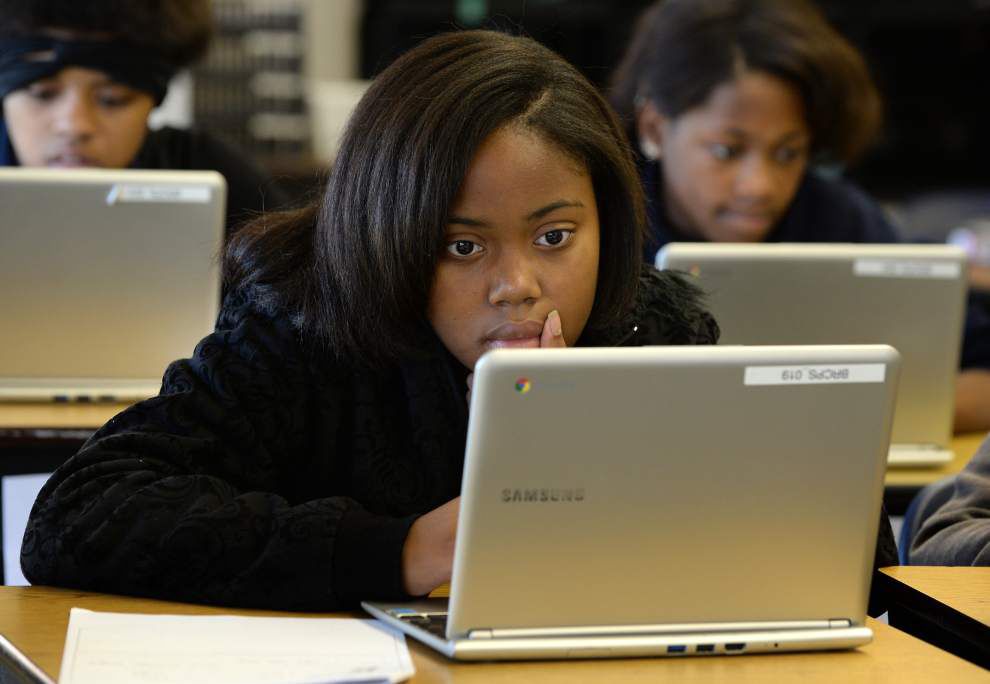 Youngsters work in a speech therapy classroom at The Emerge Center.

The key to successful treatment of an autistic child is early intervention, says Melissa Juneau, executive director of the Emerge Center, one of Baton Rouge’s leading autism service providers.

Private organizations are asking the East Baton Rouge Parish School Board to give its blessing to eight charter schools, ranging from a school for autistic children to an all-boys school in north Baton Rouge, to a high-powered college prep school that promises to compete academically with the best schools in the world.

Scottsdale, Arizona-based BASIS Schools is the only newcomer to Baton Rouge in the group. BASIS, recruited by New Schools for Baton Rouge, is seeking to create a school with kindergarten through 12th grade that would grow to almost 900 students.

The other seven applicants are either based in Louisiana or have operated here for years.

The Emerge Center and Greater Hope Academy are small private schools that focus on children with disabilities.

The Emerge Center, formerly the Baton Rouge Speech and Hearing Foundation, formed a small private school in 2014 to serve children with autism and other disabilities. It is now seeking to form a charter school focused on children ages 5 to 11 who are on the autism spectrum. It plans to start with 38 students and grow to about 140 students.

Greater Hope Academy — Gables Academy from 1979 to 2009 — has about 134 students in kindergarten through 12th grade, focusing on children with developmental and learning disabilities, many of whom are attending via publicly financed vouchers.

Greater Hope is seeking to open Hope Academy Charter School, also for kindergarten through 12th grade, starting with 150 special-needs, at-risk and traditional students. Class sizes would be no more than 15 students to one teacher. It unsuccessfully sought a charter from the parish School Board a year ago.

New Orleans-based Collegiate Academies, just months away from opening its first high school in Baton Rouge, is now asking the parish school system for permission to open a second high school in the capital city. Its second school eventually would have about 540 students.

Boys Prep is the only one of the eight applicants not operating a school. It is seeking to create Boys Prep Baton Rouge. This all-boys school would start with just 180 kindergartners to second-graders and eventually would expand to eighth grade, with about 550 students.

It would work to “empower and support black boys from early childhood to adulthood,” according to the organization. The organization’s president is James Gilmore, assistant chief administrative officer to parish Mayor-President Sharon Weston Broome.

Gilmore said he and an old friend, Raymond Allmon, who has been helping him as a volunteer, had the idea for the school nearly a decade ago and have been nursing it ever since. Gilmore said the two assisted with an unsuccessful effort in 2014 to create a similar Boys LIFE Preparatory Academy. Like the latest proposal, that school sought to locate in north Baton Rouge.

The School Board has until June 1 to decide whether to grant one or more applicants a Type 1 charter. The school system is searching, as required by law, for an independent evaluator to review the applications and to recommend the best ones to the board for approval.

Successful applicants would then strike a five-year contract with the state’s second-largest public school district. They could draw students from throughout East Baton Rouge Parish, with the exception of Baker, Central and Zachary.

If the board rejects their applications, they can appeal to the state Board of Elementary and Secondary Education for a Type 2 charter, which would allow them to educate students from anywhere in the state. BESE is expected to vote on appeals sometime this fall.

All the applicants are seeking charters starting in fall 2018.

BASIS Schools, which operates 21 charter schools, most of them in Arizona, has gained international recognition on international exams, outscoring students from the top-scoring nations worldwide.

BASIS originally planned to apply for a charter a year ago but held off to do more work gaining community support. Its application says it plans to start with kindergarten through sixth grade with 450 students initially and then grow a grade at time to 12th grade, nearly doubling in size in the process.

Peter Bezanson, CEO of BASIS.ed, said the organization is prepared to open two more schools in Baton Rouge, depending on how the first one goes.

BASIS is partnering with Woman’s Hospital, according to its application. BASIS plans to build a new school on land being provided by the hospital at its new location near Airline Highway and Stumberg Lane. In donating the land, Woman’s Hospital can claim up to 50 percent of the seats at the charter school, as provided for in a 2011 law.

An unusual feature of BASIS’ application is that the school is setting a low enrollment target of 20 percent for students who qualify for free or reduced-price lunch, an indicator of poverty. Currently, 87 percent of children in the East Baton Rouge Parish school system meet that test.

Bezanson described the 20 percent figure in its application as "better stated as a prediction rather than a target." At BASIS' other schools, the location of the campus is the best gauge of the family income levels of the students and that Baton Rouge is no exception, he said.

"Our goal, in our charter application, was to be completely transparent about this," Bezanson said.

Baton Rouge College Prep is in its second year of operation and is already one of the better performing open-enrollment public middle schools in Baton Rouge, earning a C letter grade on its first academic report card. It plans to ultimately have 424 students in fifth through 12th grade.

The charter school is sharing space with two other charter schools at the former Glen Oaks Middle School campus, much of which is in disrepair.

Baton Rouge College Prep sought to interest the parish School Board in granting it a Type 1 charter a year ago but was rejected. Now, it’s trying again.

“As a Type 1 school, we would have the full flexibility to explore quality facilities that are conducive to learning, are large enough to house all of our students and are of a high enough quality to fully support our academic goals,” wrote founder Kathryn Rice in the application.

In an interview, Rice said she also sees ways her school and the district can collaborate: "Put ideas together to help kids - just makes sense."

Two other charter school groups are seeking aid from the parish school system. Kenilworth Science & Technology Charter, which got a charter from the state in 2009 to take control of the former Kenilworth Middle School, is seeking to add a high school to its middle school, though it has not settled on where to put it. Kenilworth has a D academic letter grade from the state.

Charter Schools USA, based in Fort Lauderdale, Florida, is seeking to create a new charter school with kindergarten through eighth grade in Baton Rouge.

Large Baton Rouge charter school ordered to close in May

The only for-profit group among the eight applicants, Charter Schools USA, has located three of its nine Louisiana schools in the Baton Rouge area. In December, BESE voted to close one of those schools, Baton Rouge Charter Academy at Mid City, which earned an F from the state last year.

The company protested the closure as premature but to no avail. It is now pressing its case with the parish School Board. The company previously has earned a charter from the school for its South Baton Rouge Charter Academy, which has a D.

Innovation, service to poor among concerns as School Board sorts through charter applications: 2 charters accepted, 5 rejected

Despite concerns about how few children from poor backgrounds it will likely serve, Scottsdale, Arizona-based BASIS Schools on Thursday receiv…

If you build it they will come, so the saying goes. That idea will be put to the test over the next decade in south Baton Rouge, where two sch…

After years of working exclusively in New Orleans, KIPP, the prominent charter school network, is ready to expand to Louisiana’s capital city.…