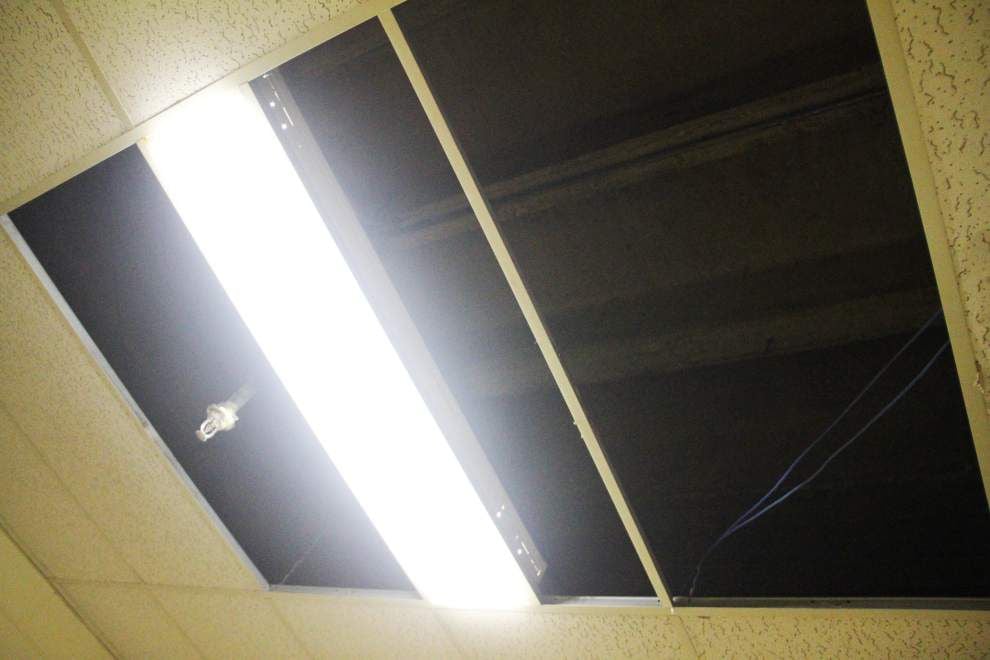 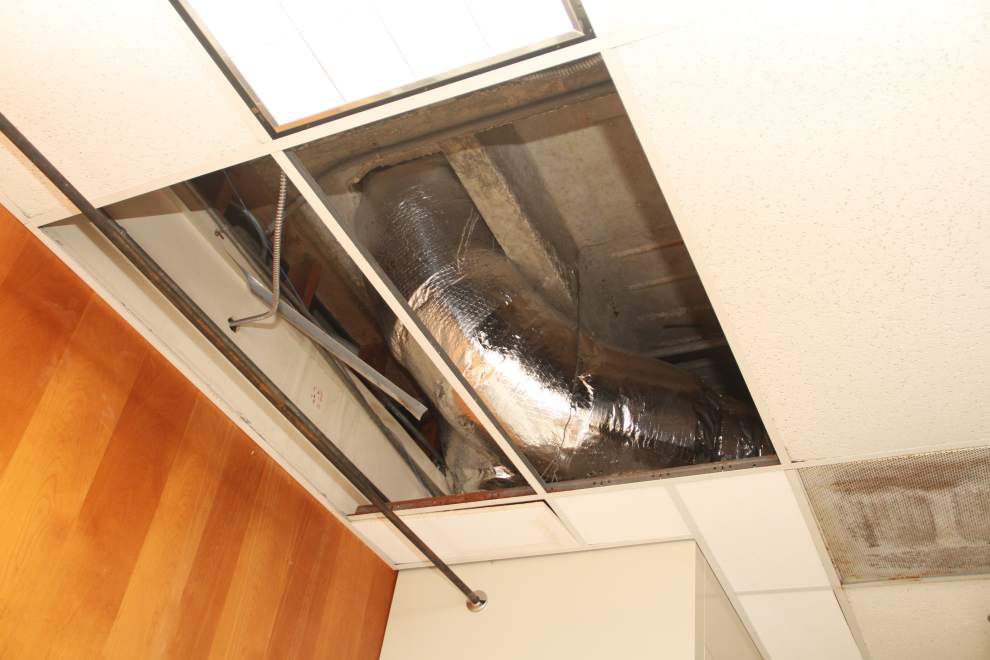 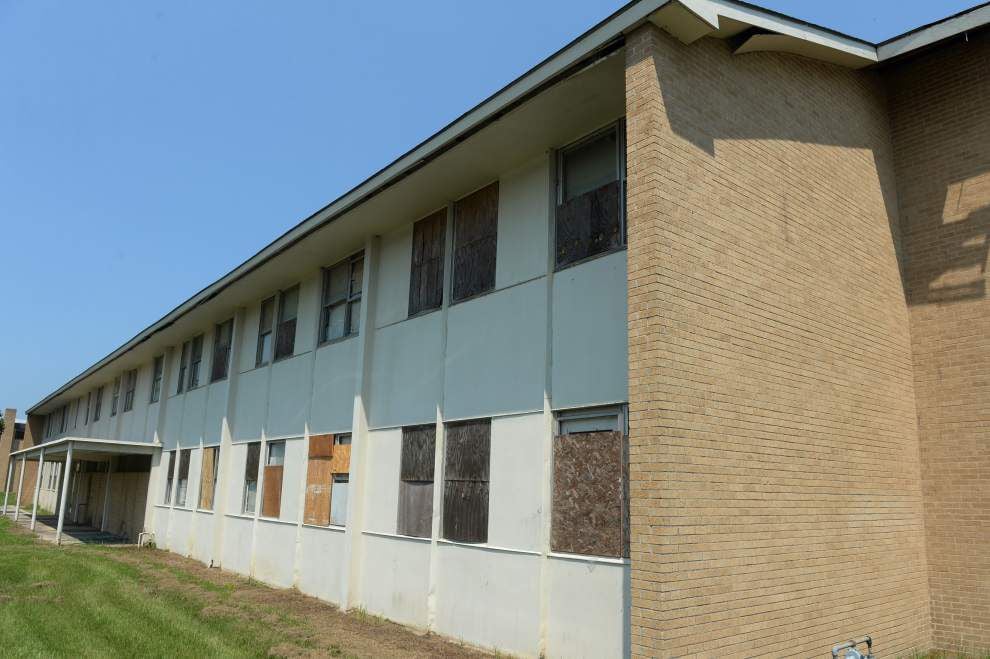 Advocate staff photo by PATRICK DENNIS -- Dormitories vacant and in stages of disrepair and renovation at Southern University. 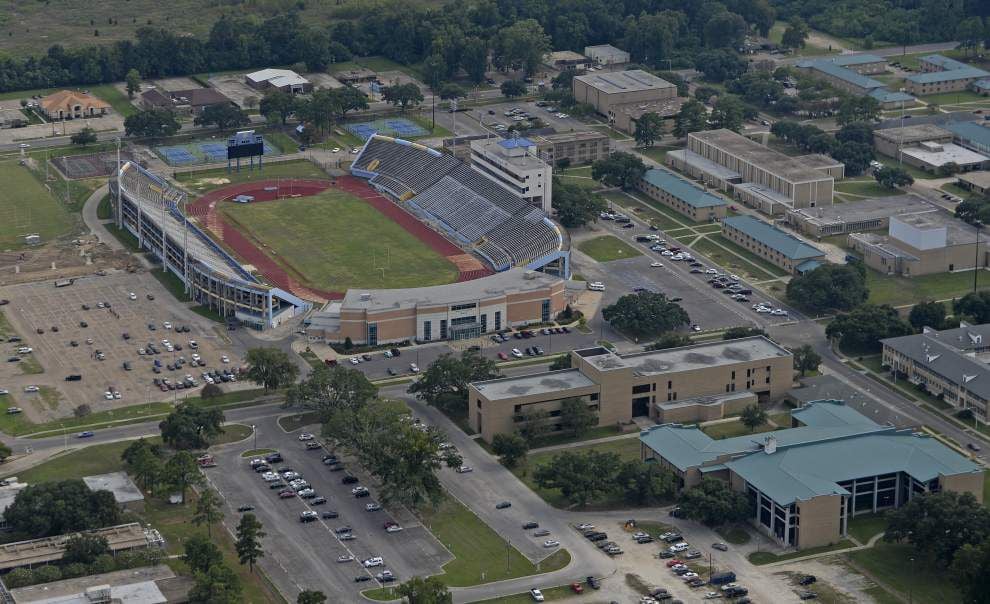 Southern University is hosting the pop-up small business recovery center to help business owners fill out a state grant application for expense reimbursement up to $15,000 each for two days this week.

Advocate staff photo by PATRICK DENNIS -- Dormitories vacant and in stages of disrepair and renovation at Southern University.

Southern University is hosting the pop-up small business recovery center to help business owners fill out a state grant application for expense reimbursement up to $15,000 each for two days this week.

Southern University’s leaky roofs, moldy walls, sewage backups and broken smoke detectors and sprinkler systems plague many of the buildings that thousands of students and faculty inhabit every day.

Many of the deficiencies were documented years ago by state agencies, safety officials and even a student who sued the school in federal court, but the vast majority of problems continue to go unresolved. A new report from the Louisiana Legislative Auditor found “safety deficiencies and potentially hazardous conditions exist on the SUBR campus.”

It’s not for lack of effort. Southern officials over the years have asked the state for millions of dollars to make repairs at the Baton Rouge campus. Just in the past two years, Southern has requested $22 million for repairs and maintenance to address 41 projects. It only received money for seven projects, totaling $4.8 million, which has left the school virtually helpless in its ability to make a dent in the decaying state of the campus. Southern has more than $111 million in deferred maintenance projects in its backlog.

Across the state, the call is the same. Louisiana’s colleges and universities are getting older and breaking down, but for years, there has been fewer and fewer dollars available to patch what’s broken.

Southern University also failed to meet a federally mandated deadline to bring a building that lacks accessibility for people with disabilities into compliance. Southern University is under a federal consent decree because at least three of its buildings are not in compliance with the Americans with Disabilities Act, and without additional state funds, the school is at risk of missing more deadlines.

“The university takes seriously the health, safety, and well-being of its students, faculty, staff and other stakeholders,” Southern spokesman Henry Tillman said in a statement. He said the school is limited by state funding to address the fixes but is putting monitors and other protocols in place to ensure safety. “Despite budgetary constraints in both state and university funding, the university has been and continues to be proactive in addressing all life safety code deficiencies, ADA noncompliance issues, and building conditions.”

Among the findings of the report that was released Monday, auditors found that 21 of the 140 buildings at Louisiana’s largest historically black university had “life safety code deficiencies” that had been previously cited by the Office of the State Fire Marshal. The violations ranged from broken sprinkler systems and elevators to missing ceiling tiles and electrical panel issues.

Of these violations, 19 buildings had previously been cited for 73 repeat deficiencies found prior to October 2014. There was one case of a broken fire alarm, which has been cited 20 times since 2007 and still had gone unfixed.

William W. Stewart Hall, which is used for the College of Education, Arts and Humanities, and Frank Hayden Hall, which houses the Department of Visual and Performing Arts, suffer from plumbing issues that prevent sewage from draining properly because of a collapsed pipe at the pump station. Southern University Facilities Services staff has to manually pump out the sewer line to prevent the raw sewage from backing up into the restrooms. At least three times, the sewage has made its way into the hallways of buildings because of backups.

The student newspaper, the Southern Digest, reported there was an inch of sewage water covering the first floor of Stewart Hall one day last February.

“Newspapers were piled in front of doors in an effort to prevent classrooms and offices from taking on anymore water, while the smell of sewage emanated throughout the building,” the audit said.

Southern requested funds to repair the sewer system from the state but has only been allocated $35,000 for design purposes and no money for actual repairs.

Mold has been detected in at least three buildings, including the A.W. Mumford Field House that holds some 20 staff members on a daily basis and about 300 student-athletes who use it for study hall all year.

The A.O. Williams Hall, which is part of the Agricultural Research and Extension Center, was flagged in a 2004 Legislative Auditor’s Office report for mold. The building, which was two years old at the time and cost $7.5 million, had mold and moisture problems that resulted in “research labs being shut down, scientists having to contract out lab work, and $646,000 worth of equipment that cannot be used.”

Eleven years later, the hall is still in need of repairs because of leaking that has caused mold and damaged the walls. Southern recently identified federal dollars and about $200,000 in seed funds from the state to begin repairs.

At least seven major buildings on Southern’s campus have roofs more than 25 years old that leak, including the Lab School buildings, which house grade school children, and the building that houses the Law Center.

Southern is bound by a federal consent decree to upgrade three buildings to make them accessible by wheelchairs. The decree stems from a 2011 lawsuit filed by former student Kayla Williams, who claimed classroom desks weren’t suitable for wheelchairs, and she couldn’t access restrooms in buildings where most of her classes were held. She said she couldn’t even attend sporting events at Southern’s Mini-Dome and Mumford Stadium because the facilities were not wheelchair accessible.

As a part of the 2014 settlement, Southern agreed to implement modifications including ramps, handrails, door assists, wheelchair-accessible seating and parking spots at three buildings. The first deadline for T.T. Allain Hall passed June 30, but delays in identifying funding prevented the project from being finished until six months later. Tillman said they do not expect penalties for the delay.

The remaining buildings have deadlines ranging from June of this year to 2019. But the projects have not yet been assigned funding from the Legislature.

Across the state, the total backlog for deferred maintenance for Louisiana’s four- and two-year public schools ranges from $1.5 billion to $2 billion.

Board of Regents Chairman Richard Lipsey has said that leaking roofs, ADA compliance and broken air conditioning and heating units are the top issues for many of the state’s historic campuses. Deferred maintenance is funded from the state’s capital outlay budget, which competes with transportation projects and legislative pet projects. Lipsey said for the next fiscal year, higher education officials aren’t asking for a single dime for new construction. But they are asking for $350 million to address all of the repairs and maintenance that are gravely needed across the various post-secondary schools.

For up-to-the-minute news from the Louisiana Legislature, state and federal government go to http://theadvocate.com/news/politics/.