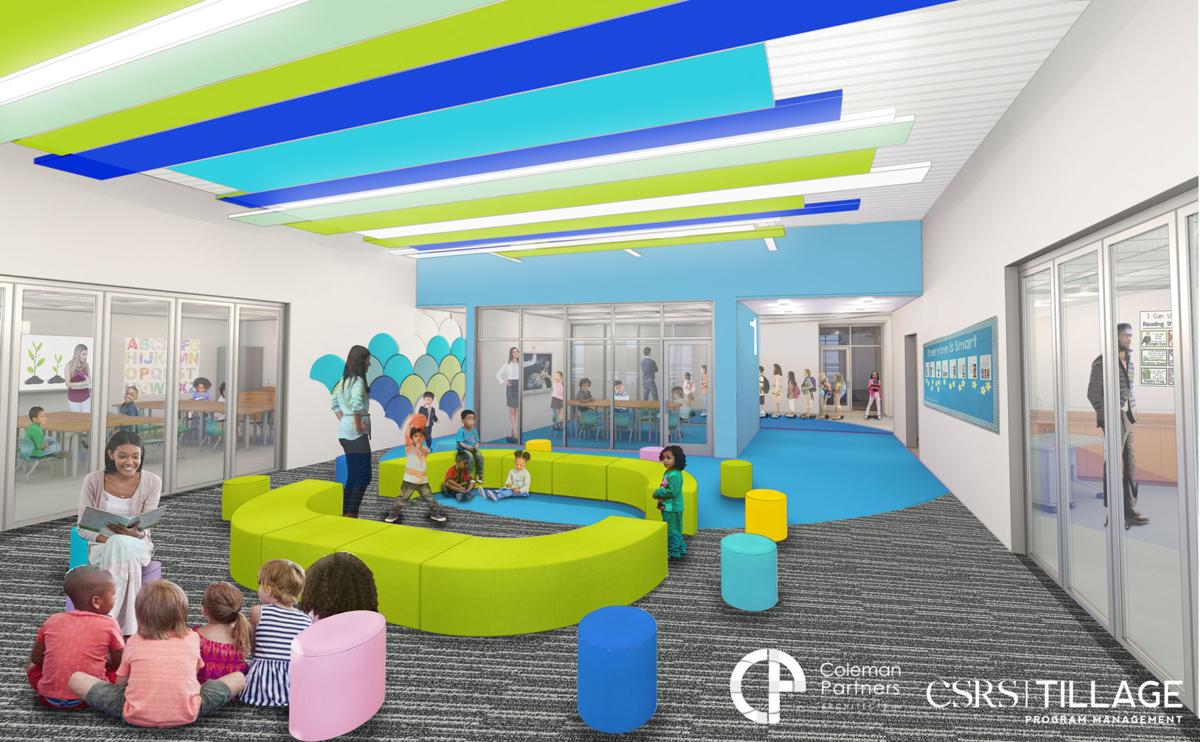 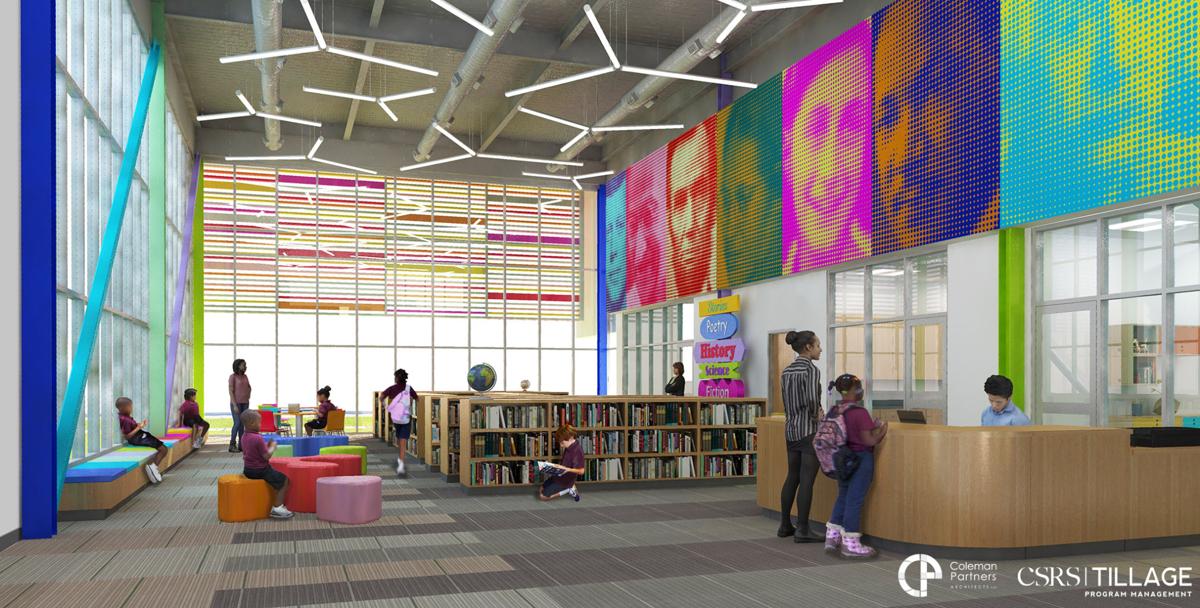 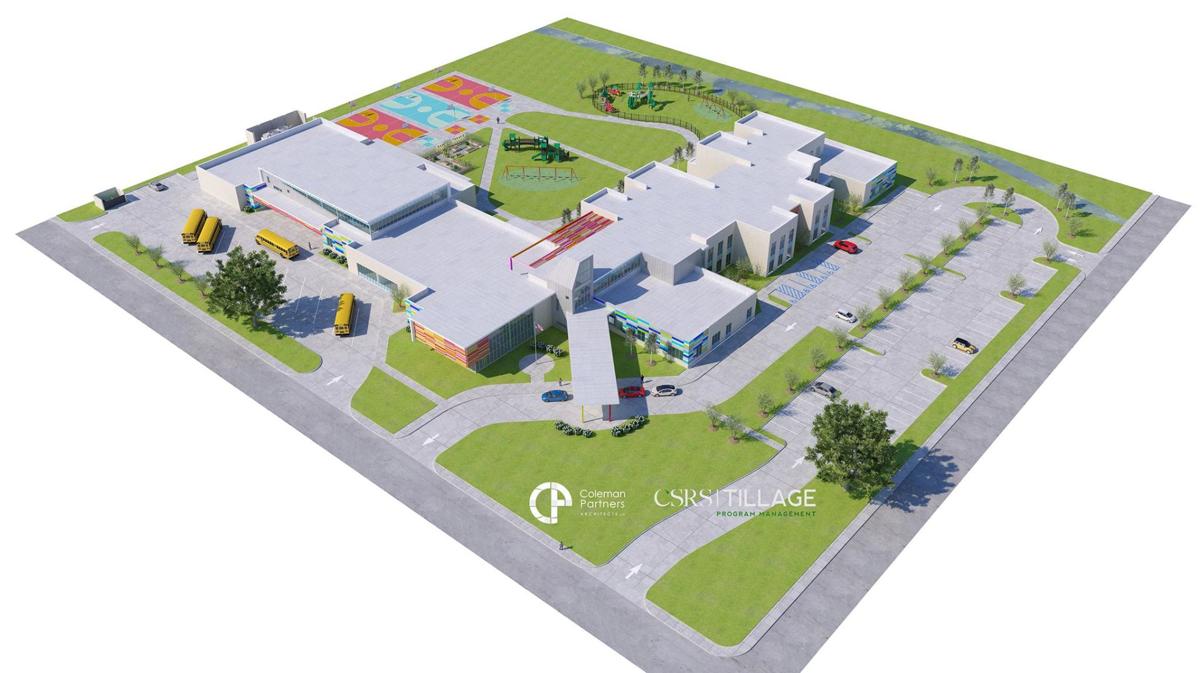 Artist rendering of the atrium at the entrance to a rebuilt Park Elementary School in Baton Rouge.

Artist rendering of the atrium at the entrance to a rebuilt Park Elementary School in Baton Rouge.

After nearly closing Park Elementary a year ago, the East Baton Rouge School Board is moving forward with a tear-down and rebuild employing a design for a “21st century school.”

Rebuilding the small elementary school at 2700 Fuqua St. was recommended unanimously by the School Board, which met Thursday as a “committee of the whole.” The board is expected to formally approve the school reconstruction when it meets Feb. 15.

The rebuild project, which has a budget of $21.7 million, is headed out to bid in March and would be completed by August 2019, when the 2019-20 school year begins. The new school is to be built on vacant land in the rear of the 27-acre property, allowing the old school to stay where it is throughout construction.

As Lee High School edges closer and closer to completion, Earl Kern is finding that his job duties are changing.

The new Park Elementary would be a counterpart of sorts to Lee High School, which was torn down and rebuilt in 2016. The new Park would retain its grade configuration, prekindergarten to fifth grade, but its capacity would be reduced from about 550 student to 450 students, reflecting the declining enrollment in the area. Currently about 290 students attend the school.

Park is situated in a part of Baton Rouge known as Easy Town. Next door is Capitol High School, which was converted to a charter school in 2008. Many prominent black leaders grew up in this part of town and many attended the elementary school and later the high school.

A year ago, Superintendent Warren Drake proposed closing the small school and relocating its students and staff 2 miles east to Capitol Elementary School at 4141 Gus Young Ave. He suggested using the money instead on other projects.

But local leaders made a last-minute push to preserve Park Elementary, prompting Drake to relent.

The superintendent was stung in particular by arguments that he was breaking trust with East Baton Rouge Parish voters. In 2008, voters set aside $21.7 million to rebuild Park Elementary when they renewed a 1-cent sales tax which funds most public school construction in Baton Rouge.

Tommie Gipson, pastor of Donaldson Chapel Baptist Church, was one of the first to speak out to save the school. He said he’s glad the pressure worked. But he said the school, which has struggled academically and has an F letter grade, still needs a lot of help if it’s going to thrive.

“We raised this ruckus but we need to be in there for the long haul,” Gipson said.

These are testing times for Park Elementary.

The futuristic design of the elementary school will present educators with instructional challenges but also options and technology Park staff don’t have now.

Marcus Williams, program director with CSRS/Tillage Construction, the private partnership that oversees most school construction in Baton Rouge, on Thursday walked the board through the nontraditional design for the school.

For instance, the rebuilt school would include a series of miniature “school houses” where three carpeted classrooms would be clustered around a “collaborative space” that looks like a futuristic living room.

“(The collaborative space) would allow flexibility between those learning spaces and function as a learning space itself,” Williams said.

The rooms would feature mobile interactive whiteboards and movable furniture, all bathed in natural light, he said.

The playground would double as an outdoor classroom with a garden that includes a tiny river of sorts.

“The school is going to catch water in a barrel and flow it through the outdoor area,” Williams said.

“They knocked it out of the park, in my book,” Ware-Jackson said.

Lanier Elementary, one of two Baton Rouge charter schools that flooded in August 2016, moved a stepped closer to being repaired.

In other action, the board gave tentative approval to $3.5 million in repairs to the former Prescott Middle School, which was flooded in August 2016.

Democracy Prep, the charter school which occupies the property at 4055 Prescott Road, moved back to the school barely two months after the storm, but much of the campus still needs repair.

The proposal the board considered Thursday gives a timetable showing the school would be fully repaired by August, when the 2018-19 school year begins, but Domoine Rutledge, general counsel for the school system, said the timeline is “fluid” and may change.