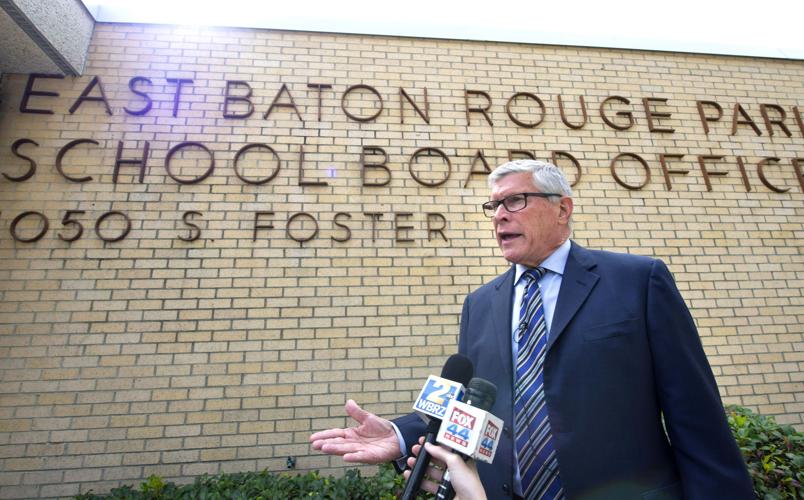 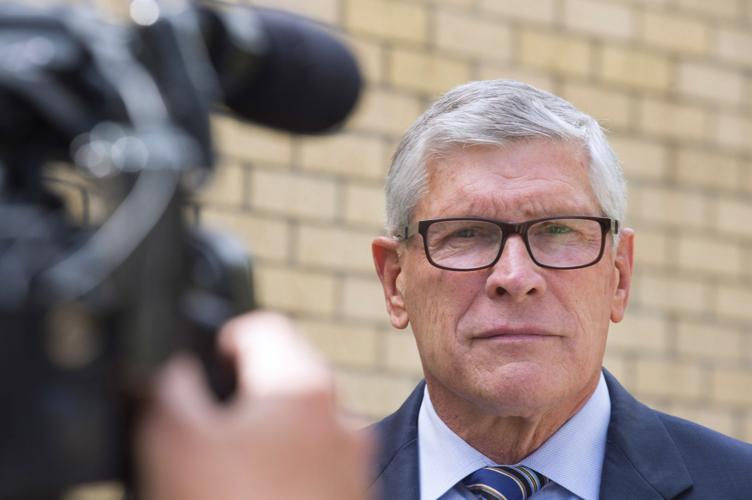 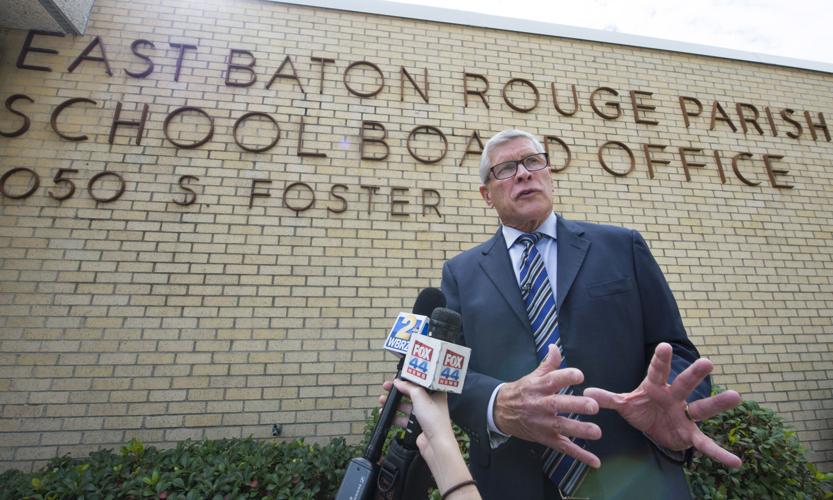 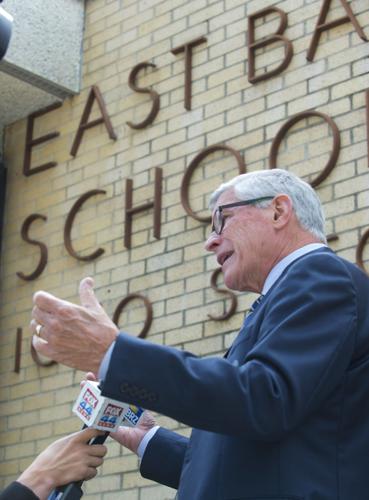 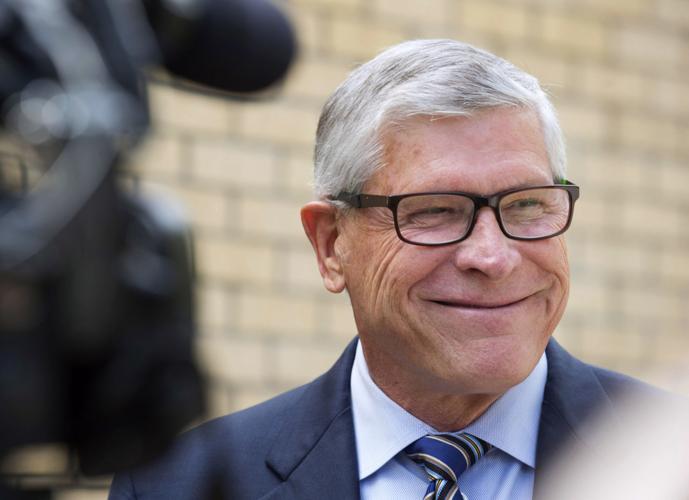 East Baton Rouge Schools Supt. Warren Drake smiles at the end of a press conference during which he weighed in on the now-postponed Oct. 31 walk-out by EBR Schools employees, outside the school board office Wednesday, Oct. 24, 2018. 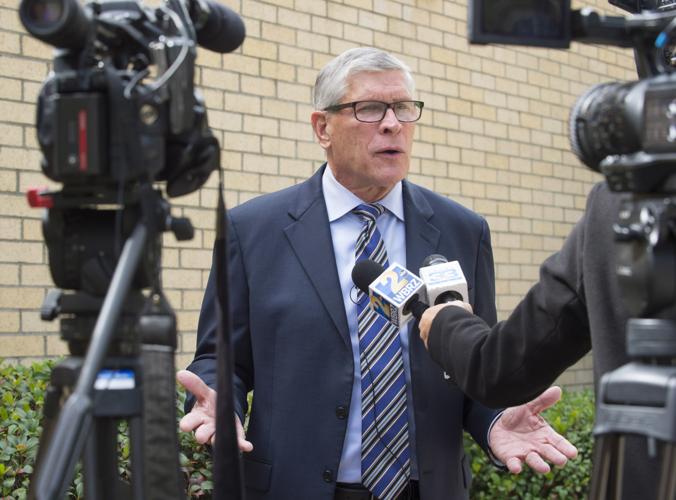 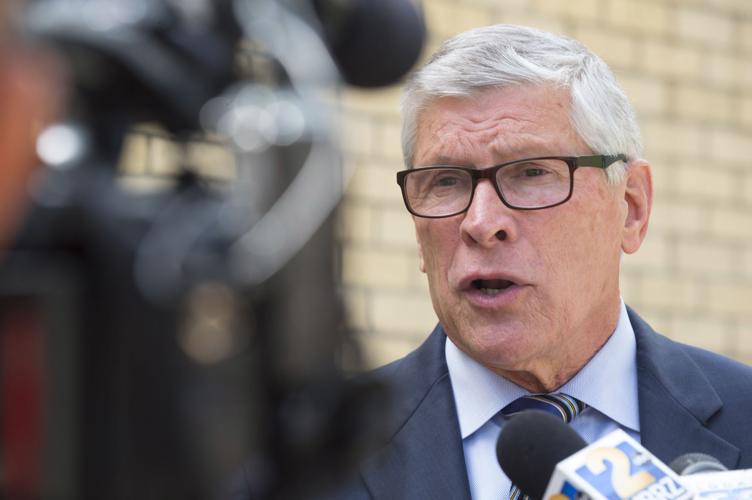 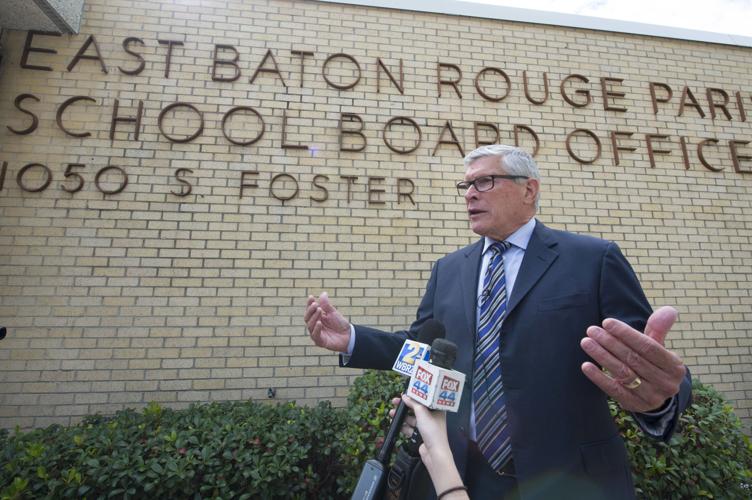 East Baton Rouge Schools Supt. Warren Drake smiles at the end of a press conference during which he weighed in on the now-postponed Oct. 31 walk-out by EBR Schools employees, outside the school board office Wednesday, Oct. 24, 2018.

East Baton Rouge Parish school employees have postponed their Oct. 31 protest walkout after learning the industrial tax break requests they oppose are not on that day's agenda of the state board that grants those exemptions.

"The members of Support Our Educators Coalition are therefore postponing the walkout planned for Oct. 31 — permanently, if the exemption requests do not return; temporarily, if they are placed on a subsequent agenda," according to a statement posted online Wednesday afternoon.

Meanwhile, the school system's top official said Wednesday that schools would remain open when or if the employees walk out. East Baton Rouge Parish public schools have almost 6,000 employees, of which about 3,200 are teachers, and about 41,000 students.

Superintendent Warren Drake, who acknowledged the possibility of school closures if enough employees skip work, took a jab at the proposed walkout.

“What are the kids going to do that day? You’re putting an undue burden on the parents,” Drake said.

They are all working with the faith-based group Together Baton Rouge, which has led the fight to change the state’s decades-old Industrial Tax Exemption Program, or ITEP. The idea is to use the savings from rejecting ITEP requests to better fund public education. The bulk of their criticism has been directed at ExxonMobil, the largest taxpayer in East Baton Rouge Parish.

Hundreds of EBR school workers vote for walkout; here's why, when, what to know

Hundreds of East Baton Rouge school employees voted Tuesday night to walk out of work on Oct. 31. Instead of going to their schools, the emplo…

At a school employees-only meeting Tuesday night, which was organized by the coalition and held at Shiloh Missionary Baptist Church in Baton Rouge, the employees voted 445-6 to stage a walkout on Oct. 31 and instead pack the meeting that day of Louisiana Board of Commerce and Industry. They planned to oppose four requests by ExxonMobil to obtain an exemption from millions of dollars in local property taxes.

On Tuesday night, the state board had not yet posted its Oct. 31 agenda. It finally did so Wednesday afternoon and none of the four ExxonMobil ITEP tax exemption requests appear on the 22-page document.

A spokesman for the state Department of Economic Development said it's too late under board rules to add new items.

“We do have to hear from the company that they are ready to appear before the board,” spokesman Gary Perriloux said. He added that ExxonMobil has not yet requested that the items be heard.

ExxonMobil spokeswoman Stephanie Cargile noted “ExxonMobil’s applications were never on the Oct. 31 Board of Commerce and Industry agenda, so we are curious why Together Baton Rouge and the teachers unions chose that day to walk out.”

The state board's next scheduled meeting is not until Dec. 10.

The school employee groups have been most focused on increasing pay for school employees — they last received an across-the-board pay raise in 2008 — but they are also calling for smaller class sizes, better technology, new school buses, updated school buildings and early childhood education.

Speaking with reporters Wednesday, right as the education coalition called off the Oct. 31 walkout, Superintendent Drake said he’s committed to having schools stay open if and when some employees decide to walk off the job.

“We’re going to have school, our intention is to have school, and I think that the bulk of the teachers and employees will do the right thing," Drake said Wednesday afternoon. “We are on the same page with our employees: We want you to have more money, but there is a right way to go about doing this and this is not it.”

Drake pointed out that the school system has taken big steps already to improve employee salaries, including budgeting an additional $4.3 million to salaries last summer, and more recently $3.9 million for a one-time $500 pay hike that employees will receive Nov. 21.

“Whatever happened to, 'Thank you?' I don’t hear much of that,” Drake said.

For employees who do decide to skip work, it might be treated as an unexcused absence that those employee could have to make up at a later date, Drake said.

If the state board ultimately approves the ExxonMobil requests, the parish School Board, Metro Council and Sheriff Sid Gautreaux would have up to 60 days to consider whether to say yea or nay to the portion of the property tax that applies to them. The Metro Council had been expected to consider updated guidelines to its ITEP review process Wednesday night, but deferred action.

The outstanding exemption requests cover $152 million worth of property, which ExxonMobil has noted is just part of $269 million in total investment the corporate giant has made in Baton Rouge. In a statement Tuesday night, Cargile defended the exemption requests, saying that "the actual tax revenue far exceeds the abatement.”