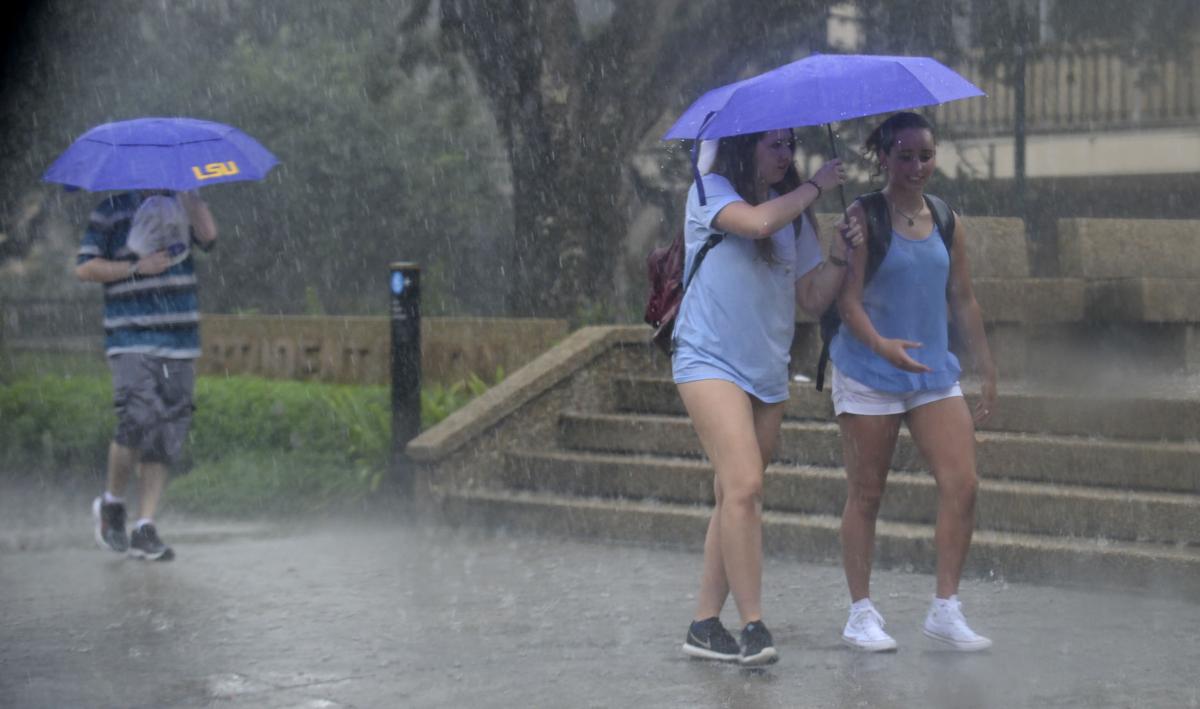 Through driving rain, students makes their way across LSU's campus on the third day of the fall semester, Wednesday, August 24, 2016, in Baton Rouge, La. 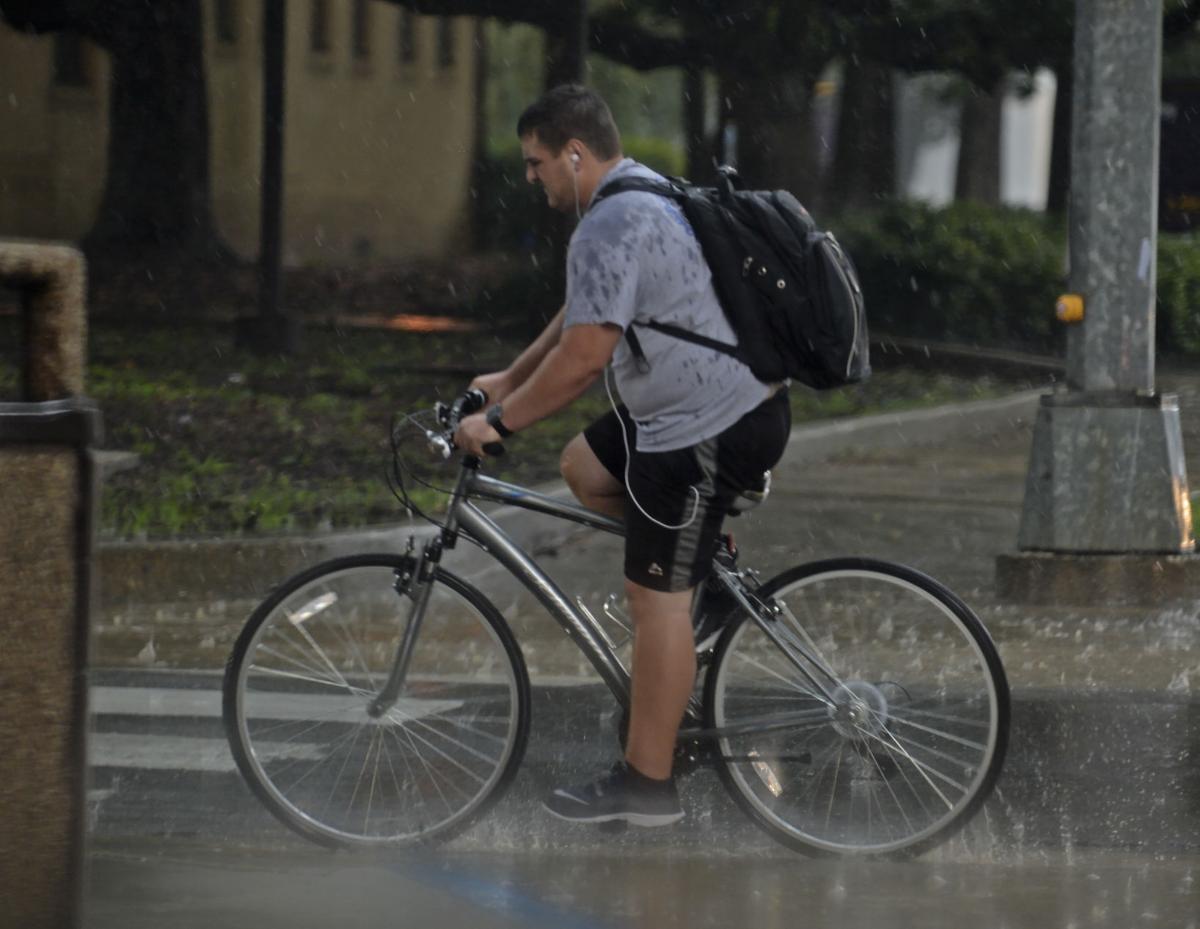 Through the rain, a student bikes his way across LSU's campus on the third day of the fall semester, Wednesday, August 24, 2016, in Baton Rouge, La. 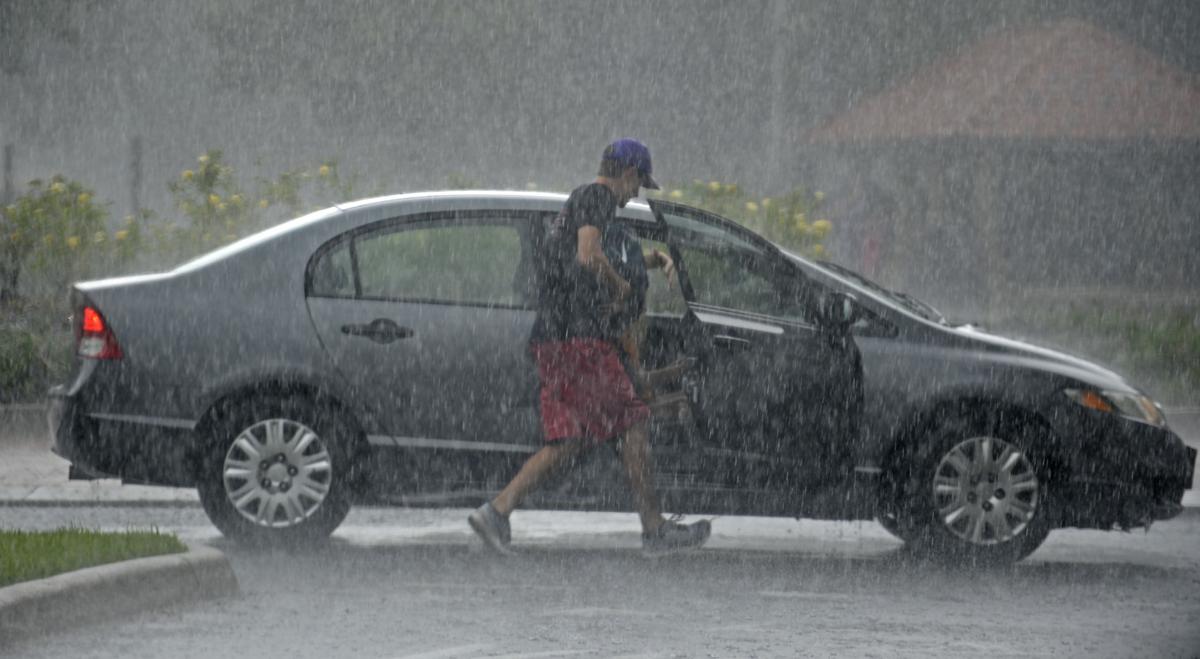 In the driving rain, a student quickly hops into a vehicle on LSU's campus on the third day of the fall semester, Wednesday, August 24, 2016, in Baton Rouge, La.

Through driving rain, students makes their way across LSU's campus on the third day of the fall semester, Wednesday, August 24, 2016, in Baton Rouge, La.

Through the rain, a student bikes his way across LSU's campus on the third day of the fall semester, Wednesday, August 24, 2016, in Baton Rouge, La.

In the driving rain, a student quickly hops into a vehicle on LSU's campus on the third day of the fall semester, Wednesday, August 24, 2016, in Baton Rouge, La.

The cold, hard reality is setting in for TOPS recipients this week. They are receiving letters from colleges and universities reminding them that the popular scholarship program will only cover about 40 percent of their spring tuition.

The Taylor Opportunity Program for Students has traditionally covered full tuition for all students who reach mid-level academic benchmarks, including a 2.5 GPA and a 20 on the ACT. But this year, because of state funding shortfalls, the $300 million program was not fully funded, and recipients of the award will be forced to pay up this January.

"We constantly hear legislators state how they want to keep their word and they don't want to break promises to business and industry, but now they're breaking their promises to these kids," said Thibodaux resident Kevin George, the father of an LSU freshman. "There are more things that could have been done to fully fund TOPS and a majority of legislators said, 'No, we're not going to do that.'"

Letters are going out to Louisiana's TOPS recipients this week from various schools to remind them that they will be on the hook for almost 60 percent of their semester bill.

"From the moment you joined our LSU Tiger family, we have together been committed to your success, up to and beyond graduation," an LSU Student Aid official wrote in a letter to students. "The recent legislative reductions to TOPS may affect this shared goal. Where TOPS previously paid for LSU tuition in full, the current amount of funding for the spring 2017 semester will be $1,559.76."

How LSU, other universities are impacted as tuition, fee hikes and TOPS cuts pile up on students

During the most recent Legislative session, law makers only funded about 70 percent of the TOPS program, which is the first time in its history it wasn't fully funded. The program was cut because the state was reeling from a $1.6 billion deficit.

In an attempt to soften the blow, legislators passed a provision which "front loaded" the TOPS awards, so the fall semester awards were 93 percent covered, while pushing the burden of the total cut to the spring semester, which generally start in January. Some lawmakers said this would allow recipients time to get student loans to cover the difference, if they needed it.

But school officials held out hope that additional dollars would be found later in the year to fully fund the program. That scenario is unlikely, as state officials are now warning that more mid-year cuts could be coming, as the state faces a more than $300 million deficit.

Louisiana Higher Education Commissioner Joe Rallo said there's no reason to believe that TOPS can be saved for this year. But he's more concerned that now it will continue to be sacrificed in the future.

"Unless things turn around in our budget, I don't see TOPS going back to what it used to be sadly," Rallo said. "Once you've broken through that barrier it becomes easier to chip away at."

In the meantime, Rallo said, other states are capitalizing on Louisiana's misfortune by recruiting its students with attractive out-of-state merit scholarships.

'Front loaded' TOPS isn’t fully funded next year; here’s how that shakes out for students

For the first time, a TOPS scholarship will not cover the cost of tuition for students atten…

But at least one Louisiana public university promised to absorb the cost of the TOPS cut and keep student scholarships whole. At Northwestern State University, which has about 2,400 TOPS recipients, the school will take a $3.5 million hit to cover the spring shortfall.

"We view this as a commitment to students," said Northwestern State University president Jim Henderson. "They chose to come to Northwestern State or a Louisiana university based on the promise of TOPS and we're doing everything we can to uphold that promise."

But most TOPS students won't be that lucky. Alex Gissel, an LSU junior, said when he started school he'd budgeted what he would owe for the next four years based on the "promise" of what the state would give him for TOPS.

"We're a middle class family. This means we're going to have to take loans out," Gissel said. "My parents have had to work overtime to pay for my college and so have I. I may be in debt by the time I leave."

Stephanie Grace: Louisiana's era of 'magical thinking' on TOPS is over

Even after they finally admitted they wouldn't fully fund the immensely popular TOPS college scholarships this year, Louisiana legislators tri…

Like thousands of students statewide, LSU sophomore Jason Badeaux is scrambling to come up with money for the second semester amid unprecedent…

LSU President F. King Alexander told lawmakers Wednesday he is concerned that some top students will flee LSU next fall because of unprecedent…

Stephanie Grace: It's time to admit that TOPS scholarships will never be the same

Lawmakers have long acknowledged the need to rein in spending on the hugely popular, yet ever more costly, Taylor Opportunity Program for Stud…

Grace Notes: Is this the year lawmakers muster the courage to tackle TOPS?