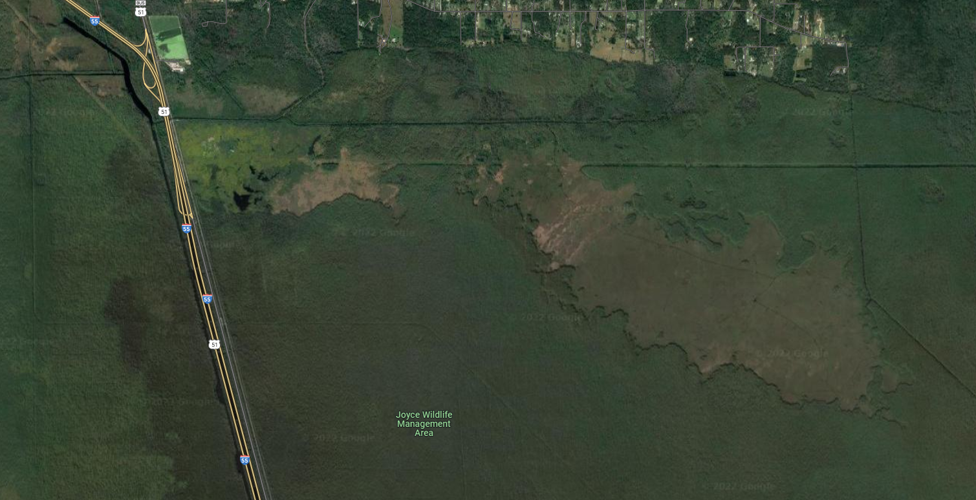 An aerial view of the Joyce Wildlife Management Area near Interstate 55. 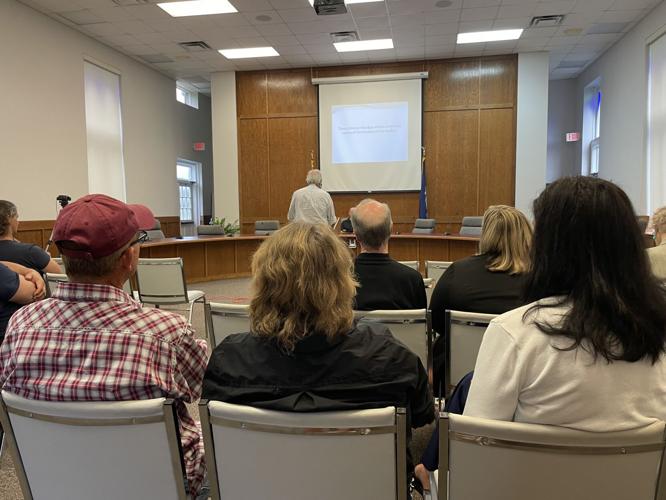 Eugene Turner speaks to the Louisiana Department of Quality in opposition of the draft permit for the City of Hammond's South Sewage Treatment Plant.

An aerial view of the Joyce Wildlife Management Area near Interstate 55.

Eugene Turner speaks to the Louisiana Department of Quality in opposition of the draft permit for the City of Hammond's South Sewage Treatment Plant.

Drivers navigating through the wetlands surrounding Interstate 55 south of Ponchatoula at the wrong time can get bombarded with the odor of sewage permeating their car’s air conditioning. And some conservation groups are placing the blame squarely at Hammond’s wastewater treatment system.

The South Sewage Treatment Plant in Hammond has been the subject of controversy in Tangipahoa for years for using a highly debated form of treatment called "wastewater assimilation".

Now, the city is looking to get a new permit for the plant treatment, which environmental activists spoke against Thursday at a Louisiana Department of Environmental Quality’s public hearing in Hammond.

The method in question involves discharging partially treated wastewater into wetlands, which proponents say fertilizes and promotes growth in marshes. Opponents of the practice say it does the opposite — that such assimilation degrades marshes over time and poses threats to wildlife by adding too much nitrogen and phosphorus into the environment.

The plant’s pipes run from Hammond to the South Slough stream outside the Joyce Wildlife Management Area. DEQ granted the plant its last permit in 2010; the permit expired in 2015 but was administratively continued by DEQ.

Kim Coates, a Tangipahoa Parish councilwoman and president of the Save our Manchac Coalition, said residents and fishermen in the area complain of a constant smell of sewage and a change in wildlife for the worse.

“Myself and many other citizens that love the Manchac area have seen and witnessed the destruction of the wetlands with the construction of the Hammond facility,” Coates said.

Research conducted over the years by biology and coastal researchers Eugene Turner, James Bodker and Chris Schulz suggest that coastal degradation in the area is caused directly by increased nitrogen and phosphorus below the surface.

Opponents who spoke at Thursday’s hearing made clear they are not interested in seeing wastewater assimilation continue as is at the sewage plant, and that DEQ should implement more mitigating provisions to ensure the safety of the environment, wildlife and local residents.

They also asked that the Hammond sewage plant not be granted a permit until they post health warning signs in the area.

“I understand we can’t stop sewage treatment for Hammond, but there are alternative methods DEQ could use than just a slap on the wrist and saying, ‘too bad,’” said Matthew Allen, director of the nonprofit NorthShore RiverWatch.

But others cite the science showing the opposite. Rachael Hunter, an ecologist for Comite Resources, referenced a commissioned study from 2019 by Minnesota-based Naturally Wallace Consulting LLC that highly recommended continuation of effluent discharge, saying it succeeded at “nutrient assimilation, salinity reduction, and productivity enhancement.”

Hunter also cited the success of wastewater assimilation at other sites like Breaux Bridge and Thibodaux, and that previous research on the area suggests that any degradation to the area is the result of nutria overpopulation, not nutrient influxes.

Over $11.8 million has been invested into the sewage plant over the last 10 years in loans and grants, said Lacy Landrum, director of administration for the City of Hammond. These funds have gone toward various projects such as research evaluations and system upgrades.

“This pipe does not operate properly,” Allen said. “The DEQ in the last decade lost its direction by allowing many of these improperly functioning wastewater treatment plants to go on for decades. It’s time for y’all to start holding these accountable.”

The comment period for Hammond’s sewage treatment plant will end at 4:30 p.m. Tuesday.

Lara Nicholson writes for The Advocate as a Report for America Corps Member. Email her at lnicholson@theadvocate.com or follow her on Twitter @LaraNicholson_.