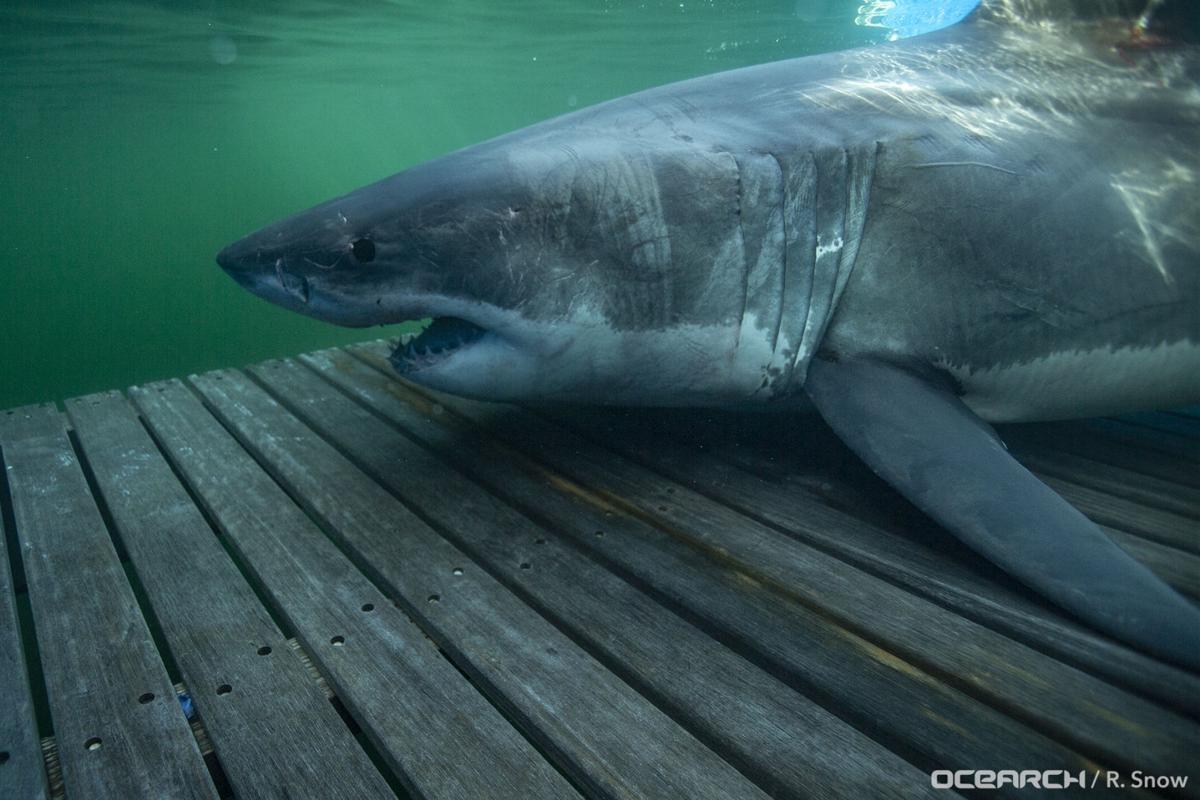 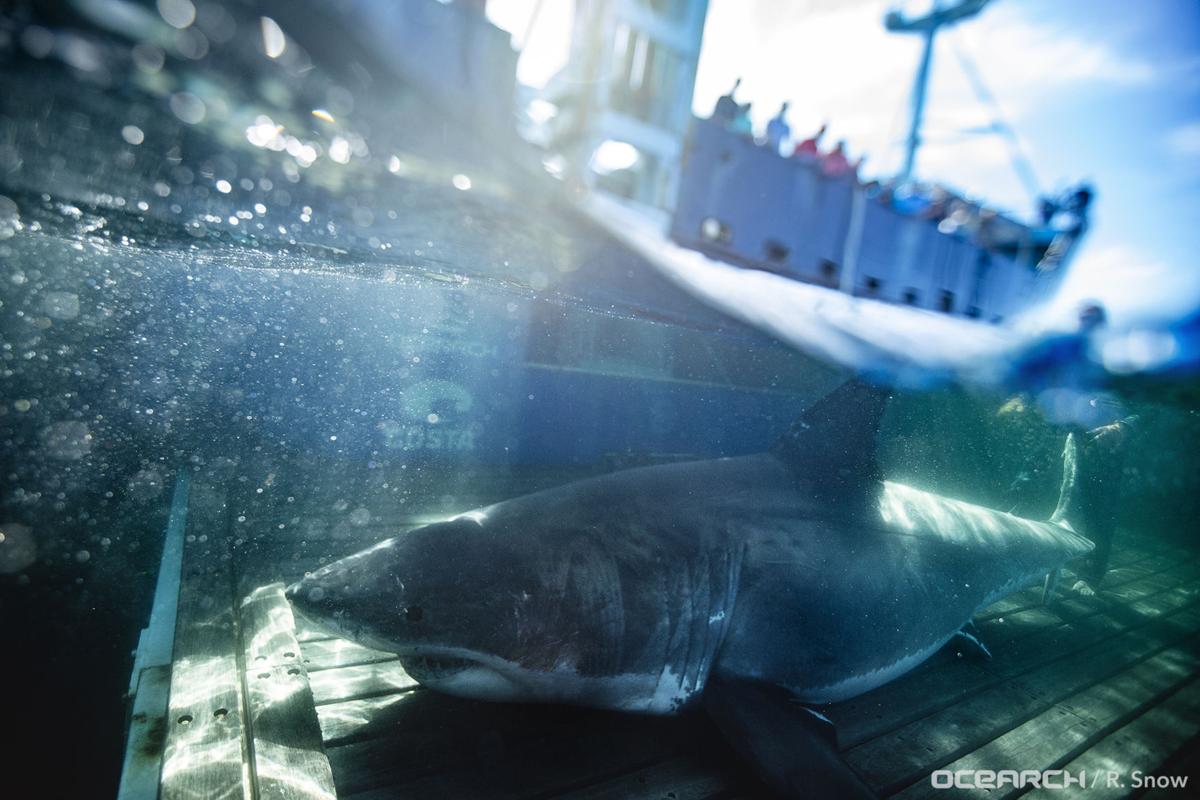 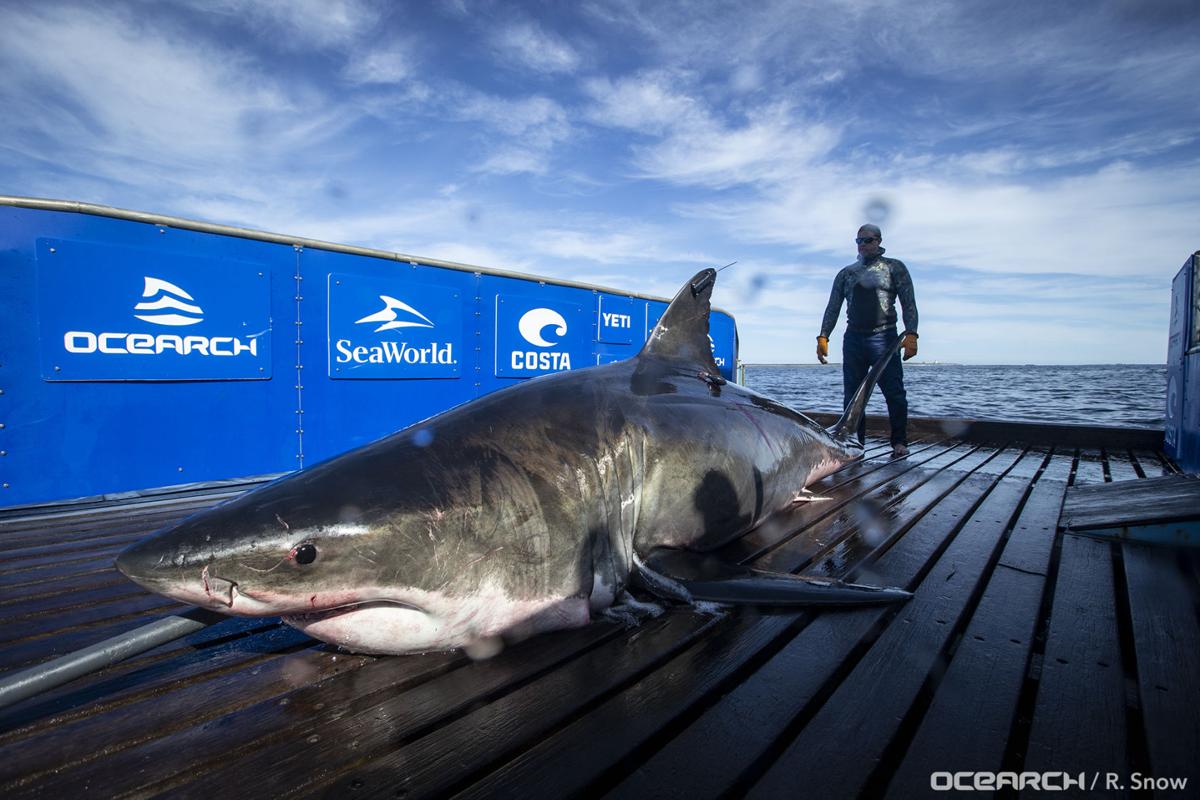 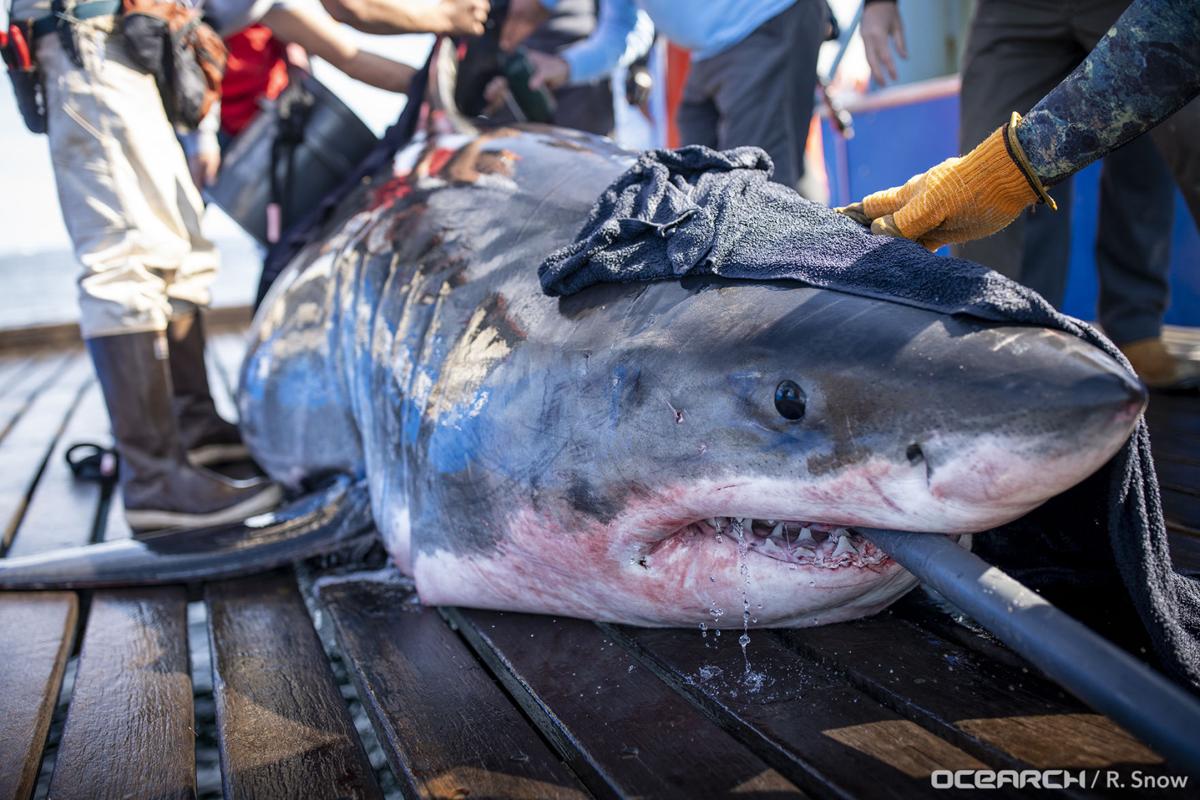 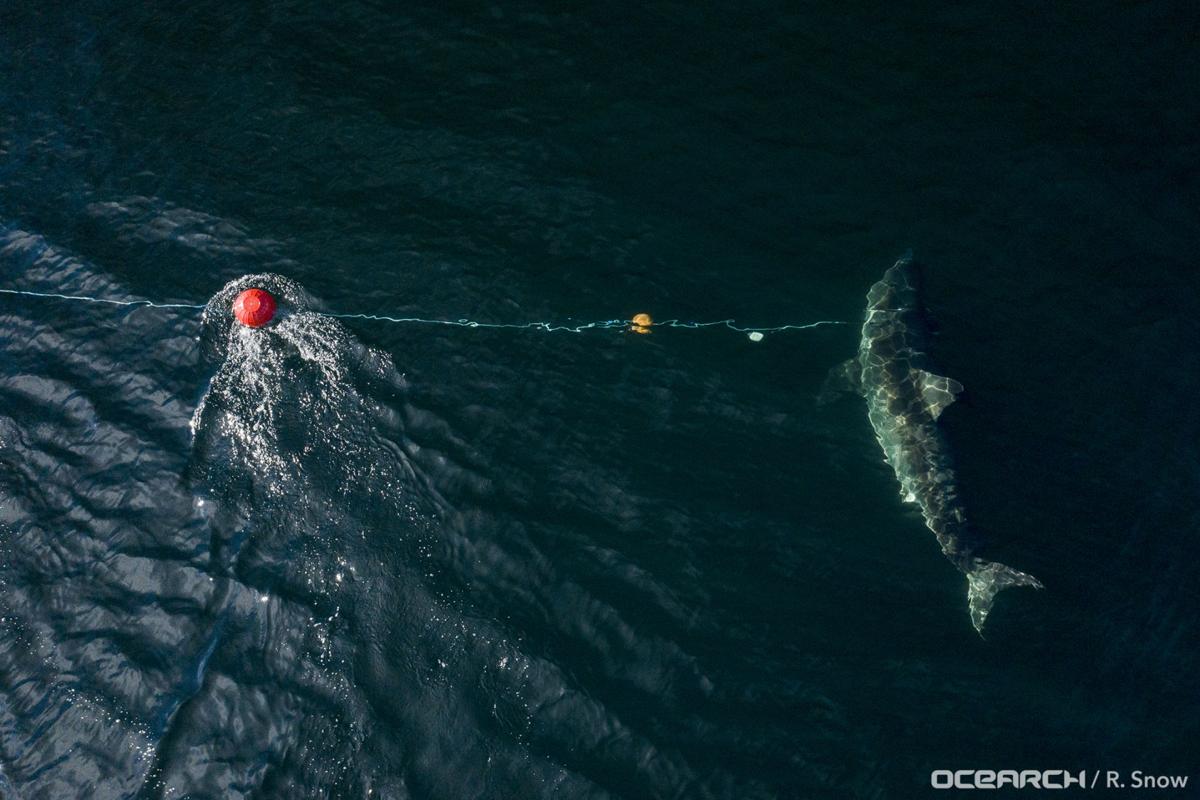 The arrival of a 2,078-pound white shark off the coast of Louisiana is not just an exciting development for a research group that tags and tracks their locations  — it's a sign the Gulf of Mexico's ocean life is rich and thriving.

This is the first time scientists with OCEARCH have tracked this type of shark to this area off the Louisiana coast. OCEARCH as been working in the Atlantic region on and off since 2012.

The shark's presence in the Gulf of Mexico is a crucial indicator about the health of the ocean, said Chris Fischer, the organization's founding chairman and expedition leader.

A 2,000-pound shark is off Louisiana's coast and that might be a first

A 2,078-pound white shark named Unama'ki has been tracked off the coast of Louisiana, according to research group Ocearch.

"It’s like having the mountain lions return to the forest because the forest is healthy again, or the wolves being reintroduced into Yellowstone and thriving," Fischer said. "If those top-of-the-food-chain, indicator species do well, the system is doing well."

These sharks spend their time in areas that are reasonably abundant, he explained. When they are doing well, it's likely commercial and recreational fisherman are doing well. Better yet, Fischer said, it's an assurance future generations will have fish to eat.

The shark, named Unama'ki, measuring 15 feet, 5 inches, moved west of the Mississippi River in the Gulf of Mexico, according to a ping from her tracker on Sunday. Her name is what the indigenous people of Nova Scotia call Cape Breton. It means "land of the fog."

Unama'ki isn't the only shark being tracked off the coast of Louisiana, but she is currently the largest by far.

Fischer said OCEARCH tagged Unama'ki several months ago around the remote northeastern tip of Nova Scotia, near Scatarie Island. Since then, Unama'ki has traveled down along the eastern seaboard and crossed west of the Mississippi River — a line many other species do not pass.

"These animals, they’re the lions of the ocean and the balance-keepers of the ocean," Fischer said. "We know these large white sharks cross these barriers."

Unlike other animals, large white sharks know their location — where they are going and when. Their patterns repeat each year, showing these creatures are not aimless wanderers.

Given the heavy industrial presence in the Gulf of Mexico and memories of the Deepwater Horizon oil spill a decade ago, Fischer said Unama'ki's journey to this part of the ocean is an encouraging sign the region is experiencing rejuvenation.

"These white sharks don’t go to places that are not thriving," Fischer said.

Researchers hope Unama'ki, a mature female, could lead them to where she gives birth and reveal a new white shark nursery.

Photos taken on Thursday show the high water of the Mississippi River nearly covering up the giant BATON ROUGE letters on the levee downtown.