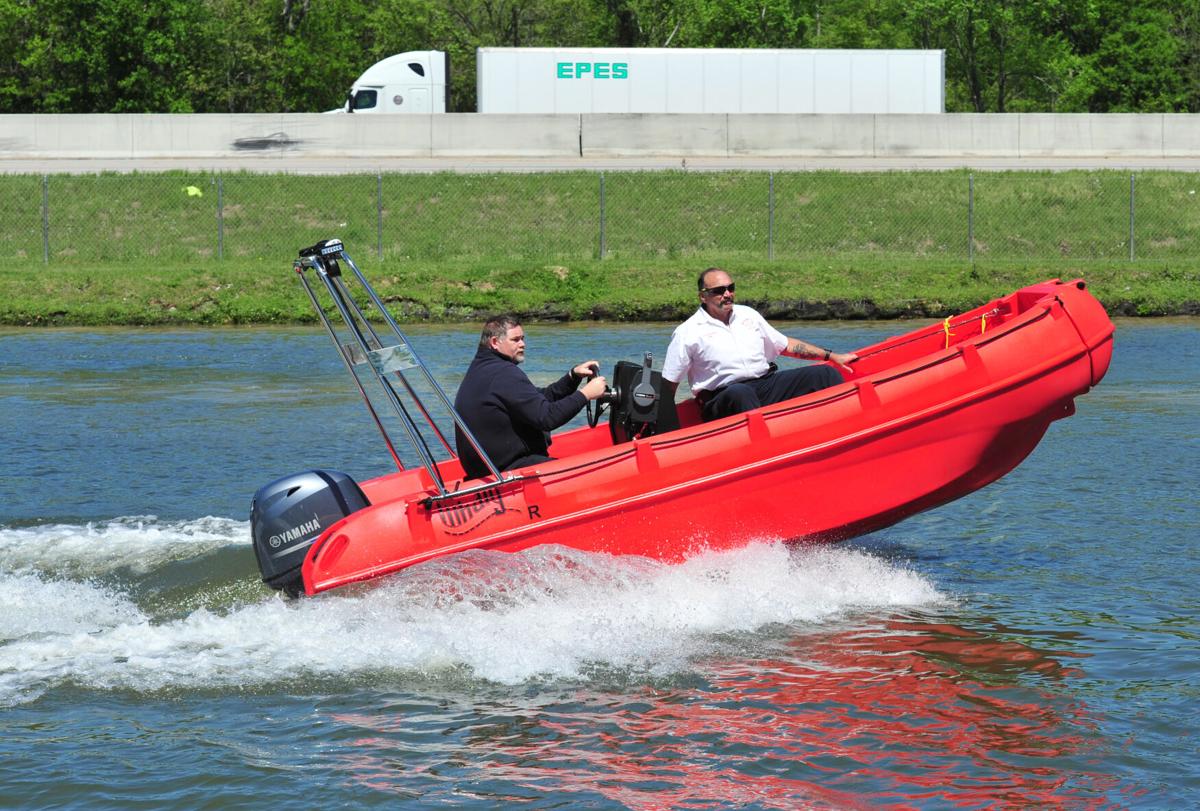 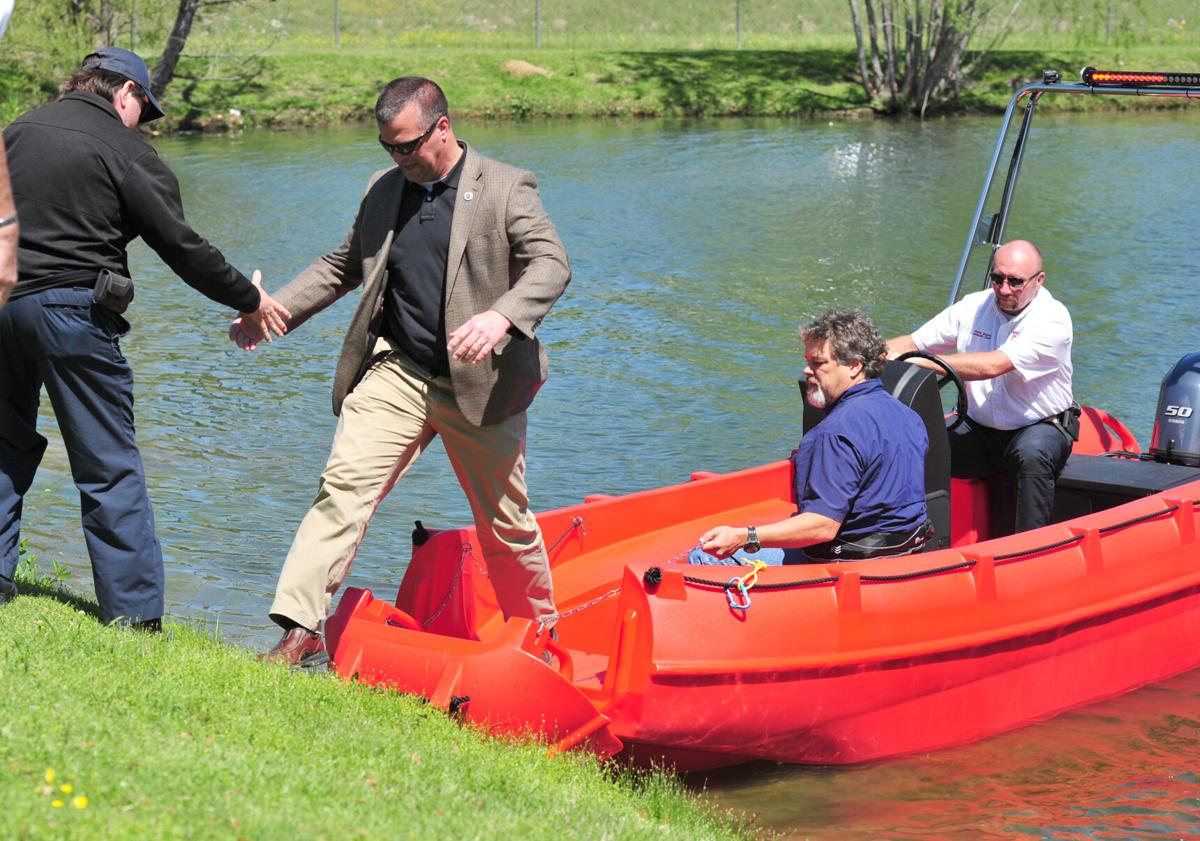 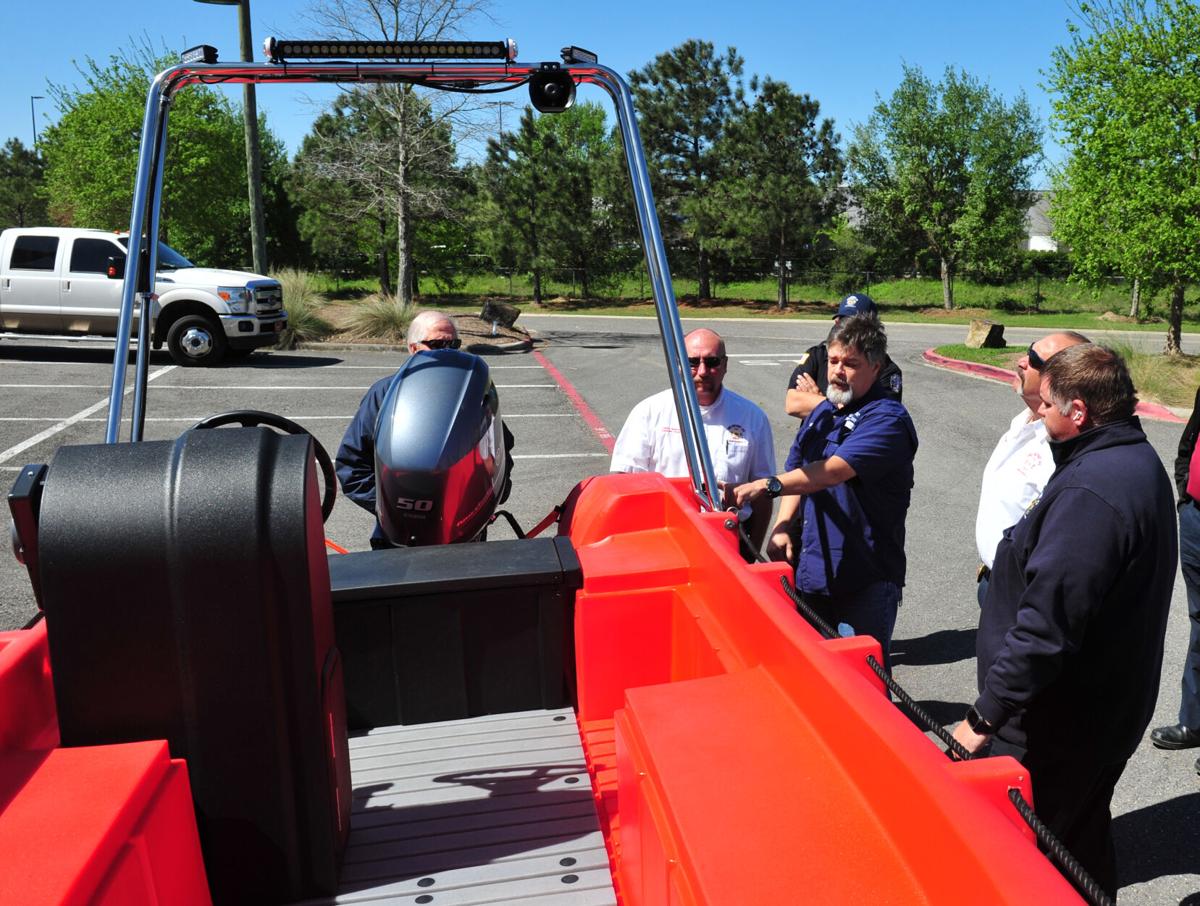 For an hour midday Thursday, the pond behind Bass Pro Shops was the safest body of water in Denham Springs.

Anyone who might have been unlucky enough to find themselves in distress in the water would have quickly been pulled aboard a brand new, bright red rescue boat Livingston Parish Fire Protection District No. 5 was testing on the lake. The polymer boat, filled with foam and fitted with a 50 horsepower engine, will soon patrol the Amite River and conduct water rescues on the popular tubing destination.

“This boat is pretty much unsinkable,” Chief Joe Koczrowski said. “You can lay this boat almost on its side in the water. Plus, if we get, God forbid, another flood, we can use it during the flood.”

Koczrowski said his department made six rescues on the Amite River during the summer months last year, including a baby that wasn’t breathing on the river and a woman who broke her leg. Lacking a dedicated boat, the department had to rely on the city of Central’s rescue boat when responding to calls, he said.

The department’s new boat will speed up response times by as much as two hours now that the department won’t have to seek approval from Central when responding to calls, Koczrowski said.

Citing staffing problems brought on by the coronavirus pandemic, the Livingston Parish School System is launching an effort aimed at growing t…

“We get stuck waiting for the boat from Central, and their boat is not really made to run the river,” Koczrowski said.

Crews will take the boat for monthly maintenance runs on the Amite River, where they’ll be able to map out the best areas to put the boat in and designate mile markers to more easily locate people in distress, Koczrowski said.

The boat sinks about 10 inches into the water, allowing it to operate in shallow bodies of water. It can also hold up to eight people rescued from the water, plus the department’s crew operating the boat, Koczrowski said.

A flap that opens and closes at the nose of the boat also makes water rescues easier for the people being rescued and the crews.

“Instead of them hanging onto the side of the boat and rocking the boat, they can get in on the front,” Koczrowski said.

The boat cost about $26,000, Koczrowski said. It was mostly paid for with money appropriated by the Legislature during last year’s second session.

About $20,000 was appropriated by the state after Rep. Buddy Mincey, R-Denham Springs, said the department requested funding to go toward the boat. The remaining $6,000 was paid for by the department, Koczrowski said.

The proposed change to the Metropolitan Statistical Area definition could prevent 144 cities nationwide, including Alexandria and Hammond, from accessing millions in federal funding.

During the 2016 floods, Koczrowski’s department borrowed boats from the same Bass Pro Shops they were testing their new boat behind.

While one new rescue boat doesn’t address the needs of the area during a major flood, it’s a step in the right direction and will make a difference on the Amite River, Mincey said.

“A boat like this in 2016, it’s just one of hundreds that were needed,” Mincey said. “It’s just a drop in the bucket, but with the daily operations that they use for the rescues and so forth, this is going to serve our parish tremendously.”