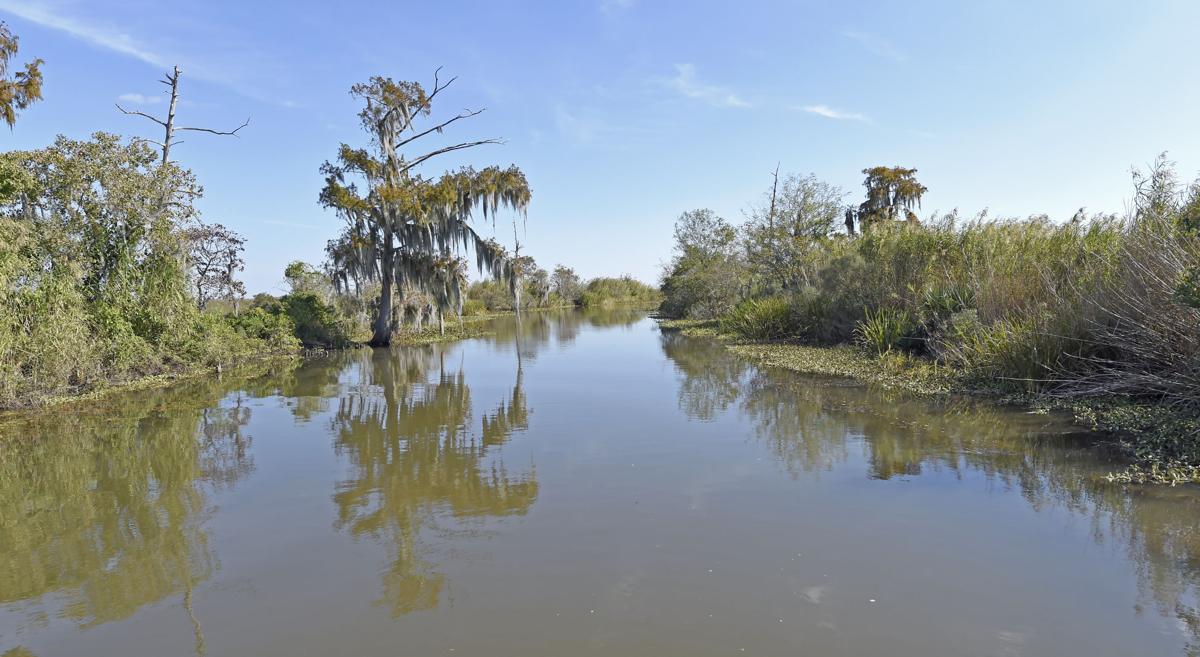 A part of the Maurepas Swamp area near Manchac. 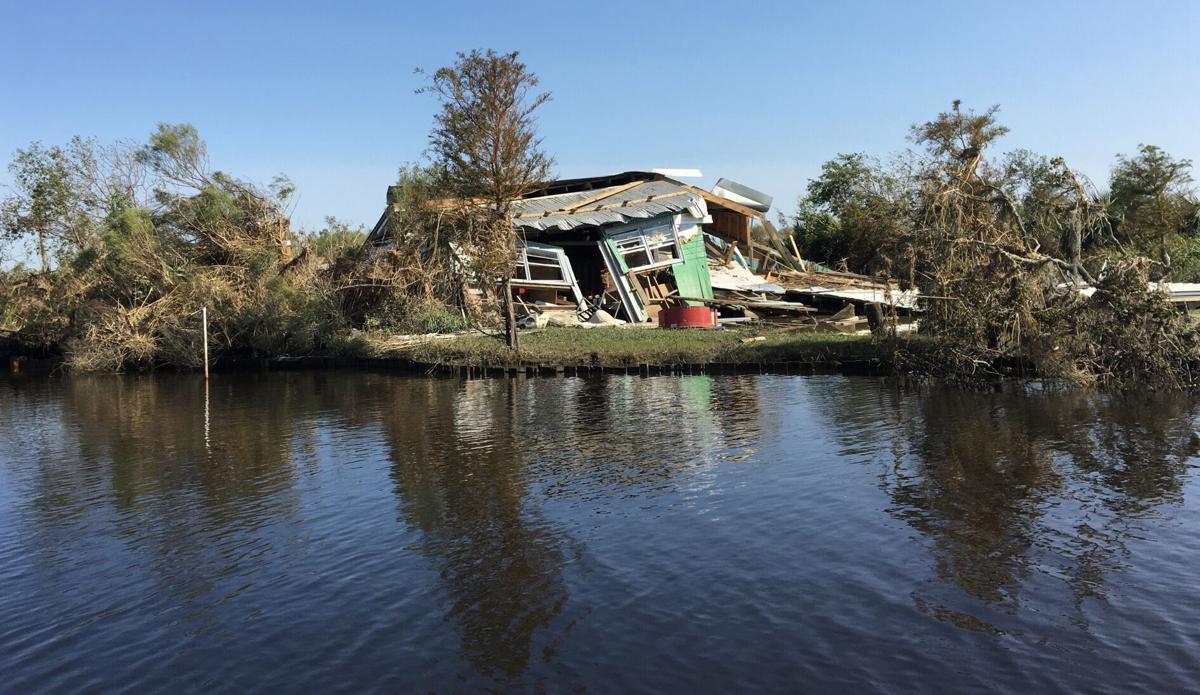 A crushed home sits among trees in Manchac, La. on Saturday, Sept. 11, 2021 after Hurricane Ida swept through nearly two weeks earlier. A combination of eight-foot storm surge and howling winds wreaked vast damage on camps in the area, which are built into the shores of Lake Maurepas' swamps and are accessible only by water. 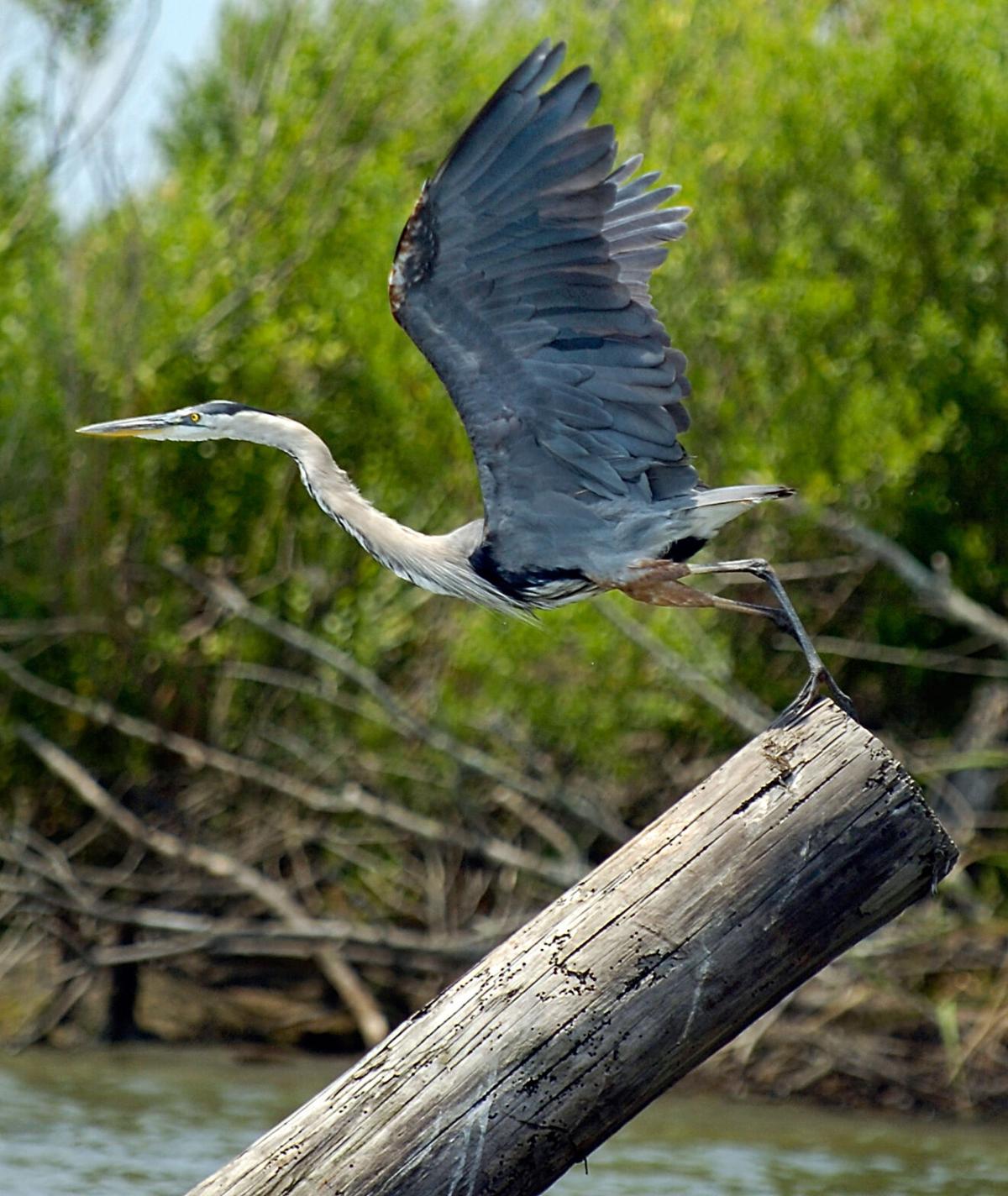 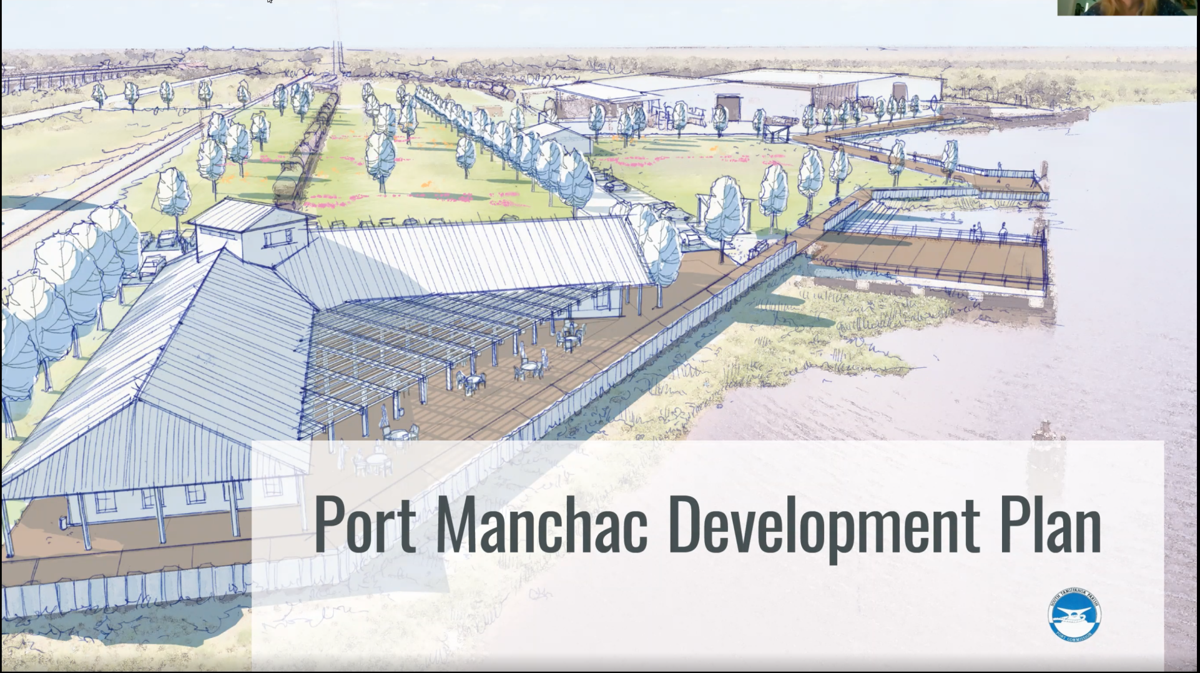 A rendering of a wetlands educational center planned in the Manchac area, in Tangipahoa Parish, La.

First developers pitched it as a home for a snazzy resort town, then an industrial plant — ideas that stoked worries about impacts on nearby marshlands that protect Louisiana communities from storm surge during hurricanes.

Now, the collection of warehouses and docks at Port Manchac could become a wetlands museum and eco-tourism site.

A plan before the South Tangipahoa Parish Port Commission would turn the site near Lake Maurepas’ northeast shore into a “wetlands education center,” including boardwalks offering views of the swamp and a museum where people could learn about ecology of the vulnerable area.

The question of how to harness the site's economic potential while inflicting minimal damage on the fragile wetlands has driven pushback on past development plans for the warehouse site — a balance officials say the current plan strikes well, especially when compared to past ideas.

“We wanted a development that's conducive to this environment,” said Darryl Ferrara, the port commission president. “We want to keep up with the ever-changing times."

Drawn up by New Orleans landscape architect Dana Brown, the plan also suggests ideas like Cajun-style tiny homes that could be rented out to visitors, plus pontoon walkways and storage facilities for commercial fishers who work in the area.

The Port Commission first agreed to move forward with the plan’s broad suggestions last fall. The panel hopes to agree on a final design incorporating various parts of that plan soon, but there is no timeline for that to happen, said Ferrara.

Straddling the prairie-like spit of land that juts between lakes Maurepas and Pontchartrain, Manchac is home to dozens of plant and animal species, including bald eagles, purple martins and alligators.

In addition to the flora and fauna, about 200 full and part-time weekend residents, old-timers and commercial fishers live on the swamp in raised homes accessible only by boat.

Built in 1962, the industrial port and warehouses sit near Interstate 55, a stone’s throw from the swamp. They mostly offer storage space to companies who transport cargo via the Canadian National rail line, barge or truck.

Worry over what could happen to Manchac's fragile ecosystem ignited blowback against a $90 million plan in 2018 to build a large resort community within the port area.

Residents questioned whether the planned resort, dubbed “The Village at Manchac,” would harm undeveloped wetlands to the north and east of the port that protect inland communities from storm surge. And they raised fears about adding homes in a place that is struggling to keep up in terms of infrastructure and schools, as nearby Ponchatoula and Hammond have seen populations rise in recent years.

Hurricane Ida laid bare the ecological risk Manchac faces this fall, lifting whole homes built above the water from their foundations with eight-foot storm surge and leaving debris strewn across the swamp grass.

After Hurricane Ida, Moreau hopes plans for the educational site could lead more people to learn about these fragile environments.

“I always feel that we need more educational and outreach-type facilities in this area,” he said in an interview. “Turtle Cove is only accessible by boat. So even though we’ve had a really successful few decades of education and outreach, we can always use more sites and facilities.”

Ponchatoula-area Tangipahoa Parish Councilwoman Kim Coates said she wants to learn more about impacts the educational site might have on the undeveloped swamp area. Still, the plan is much more promising than the resort concept, she said.

“With nature-based recreation instead of homes, you are not putting people in harm’s way of flooding,” Coates said.

Separately from the plan to turn the port area into an educational center, Manchac is one of several Louisiana wetland locations that may be chosen next February as a host site for the National Estuarine Research Reserves program. The federal program offers baseline funding and studies of 29 coastal habitats around the country.

Brenda Harris and her husband, Johnny, grew up in the swamps that buffer the pine woods of Tangipahoa Parish from the north shores of lakes Ma…