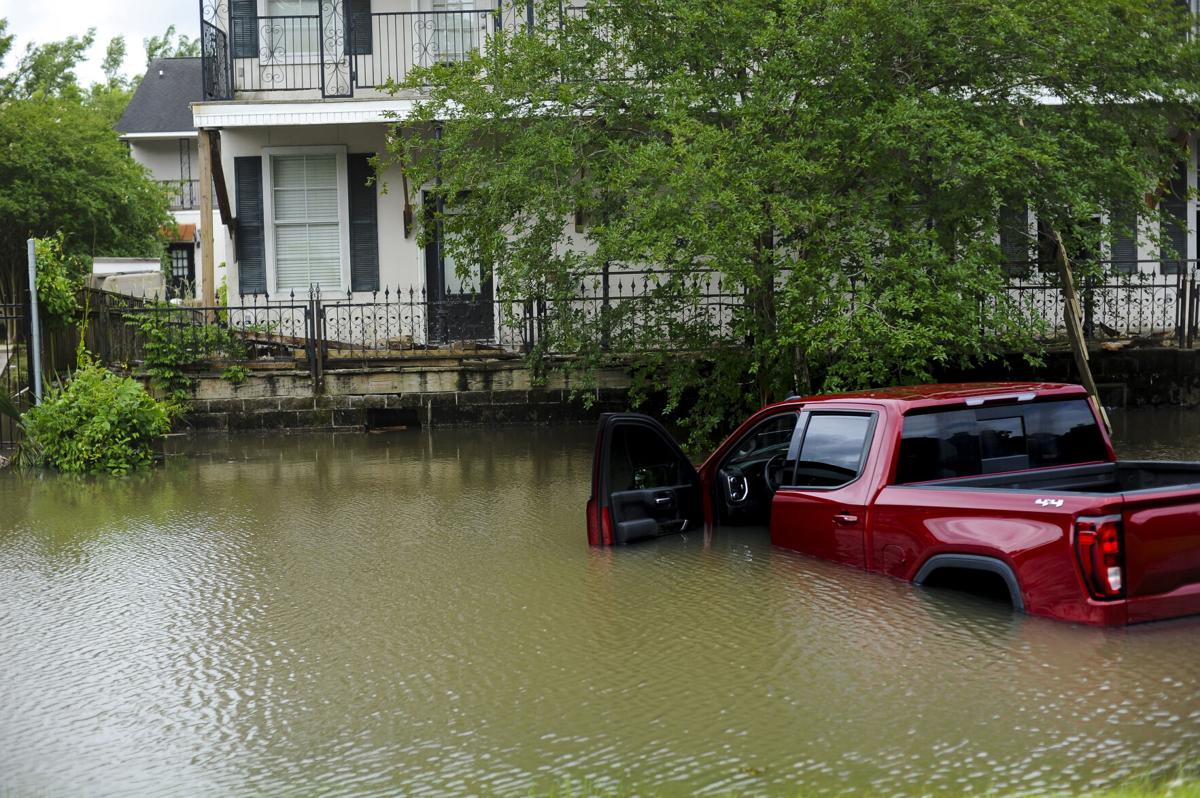 Flood waters raise near Burbank as rain continues in Baton Rouge on Thursday, May 20, 2021, after Monday night's catastrophic flooding event. 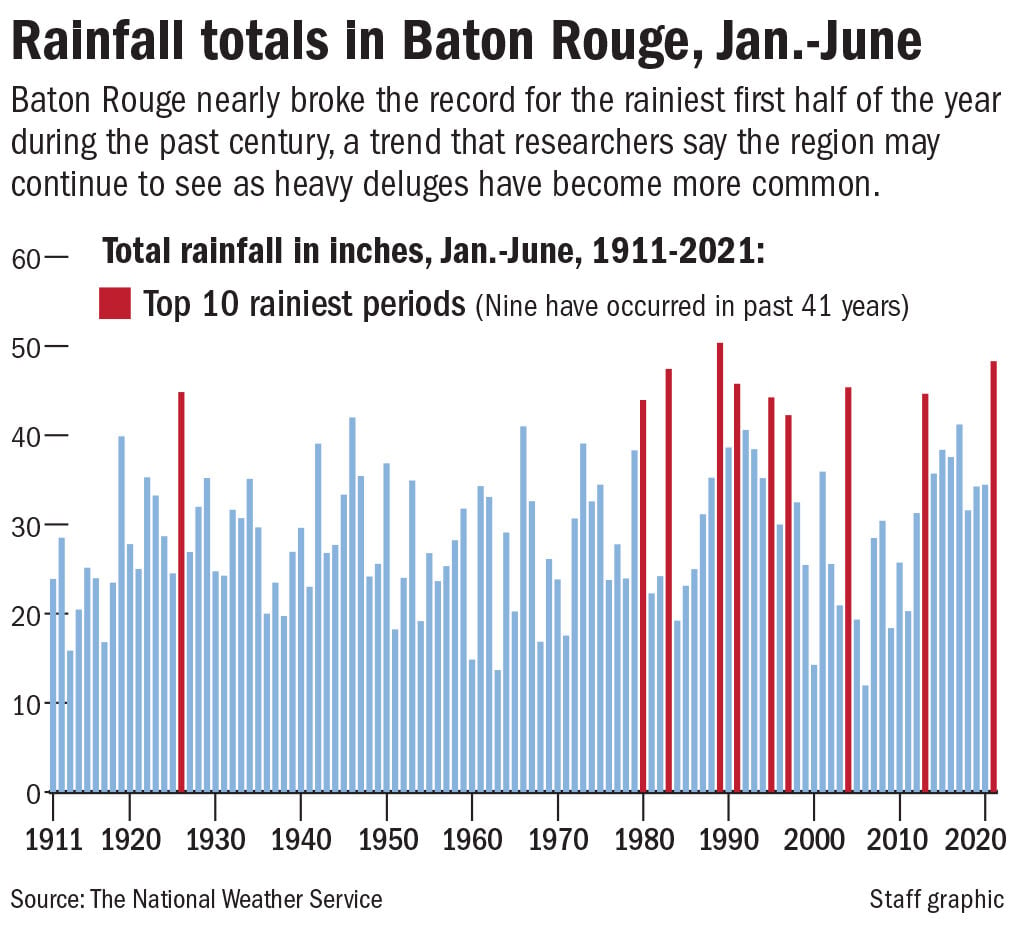 The capital city had its second-highest rainfall total for the first six months of the year, at just over 48 inches, according to weather service figures.

“It’s been extremely wet,” said Phil Grigsby, the lead forecaster at the National Weather Service in Slidell. “We’ve been talking about it for the past few days. It’s crazy how much rain has fallen.”

Only one other year — 1989 — saw more rainfall from January to the end of June at the Baton Rouge airport. The rainfall 32 years ago was about 2 inches more than the first half of this year, according to National Weather Service data.

For scale: At the halfway point of the year, the amount of rain recorded is already about 78% of what the region typically sees annually.

Nine of the rainiest years from January to the end of June all happened within the past 41 years, according to the weather service.

Louisiana is the wettest state in the continental U.S., averaging about 60 inches of precipitation each year. The 4 feet of rain that has fallen in Baton Rouge so far this year is more than the yearly average for 38 states.

Predicting which years or months will see heavy rainfall is tricky because there can be many variables and differing amounts within an area. Despite this year experiencing near-historic records for the first six months, a dry spell later in the year could see 2021 even out in terms of rain totals.

For a time, 2021 had been trending drier than average, but quickly surpassed the average in only a few days in April, according to LSU data.

The majority of those wetter years all have a common: an exceptionally rainy month or two that drove the total numbers higher.

In 1989, the wettest first start of the year in recorded history, officials reported more than 14 inches of rain in May, followed by 23 more in June. Those two months alone accounted for three-quarters of rain the region received in the first six months of the year.

An LSU study noted storms are squeezing out more rain than in the past several decades, a trend that could be caused by a warmer atmosphere that’s able to hold more moisture. Including the May storms, experts have pointed to the 2016 summer floods and the massive dump of rain that severely flooded eastern Texas saw during Hurricane Harvey as evidence of that trend.

“It seems like these big events are popping up with more regularity,” said state Climatologist Barry Keim. “There seems to be some unusual things going on.”

Though heavier rainstorms appear to be in line with changing climate, experts still aren’t sure if that trend is a result of better reporting, the natural cycle of weather or other factors.

Nevertheless, hammering rainstorms, in particular, put significant strain on drainage and flood infrastructure tends to be the result of storms — like those in May and in the summer of 2016 — that dump several inches of water in a few short hours and at times with little warning.

Concerns about flooding and more frequent deluges has raised questions about the impacts commercial and residential development is having on flood mitigation.

Emad Habib, a professor of civil engineering who directs the Louisiana Watershed Flood Center, said with higher populations and more development, 5 inches of rain falling in a short period of time likely has different impacts than, say, 20 years ago.

Federal rainfall estimates might go up. Here's how that could affect flood insurance, construction

“We expect that if you include the most recent data which has seen more extreme rainfall then your intuition would say we’d have to design our infrastructure for more of these extreme events — higher levees, bigger retention ponds (and) bigger pipes,” he said.

The state will also soon revise estimates for rainfall amounts. If higher, it could shift infrastructure standards for new bridges, canals and other projects, potentially leading to higher bills for taxpayers and homeowners.

Determining rain estimates will likely take Louisiana two years to complete and won’t begin until late this year or the beginning of 2022, U.S. National Oceanic and Atmospheric Administration officials said.