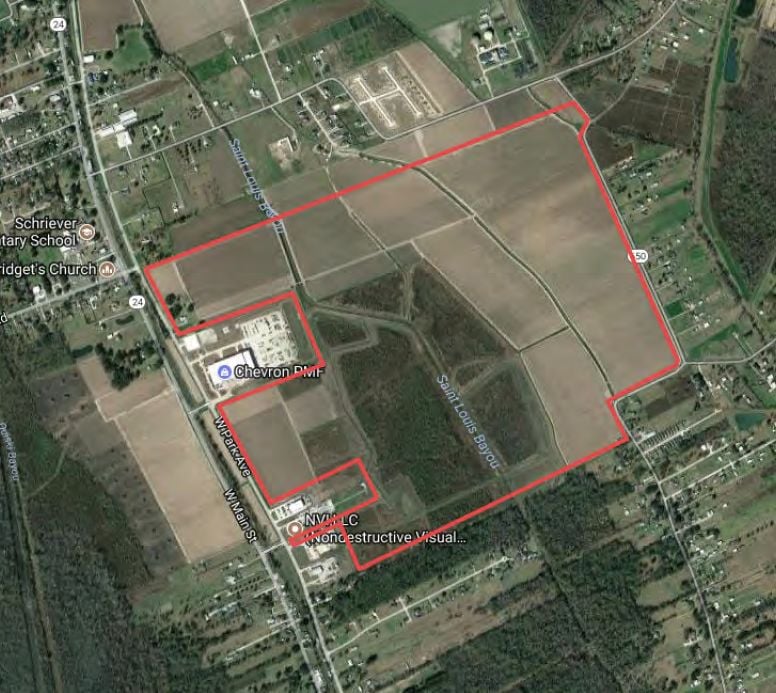 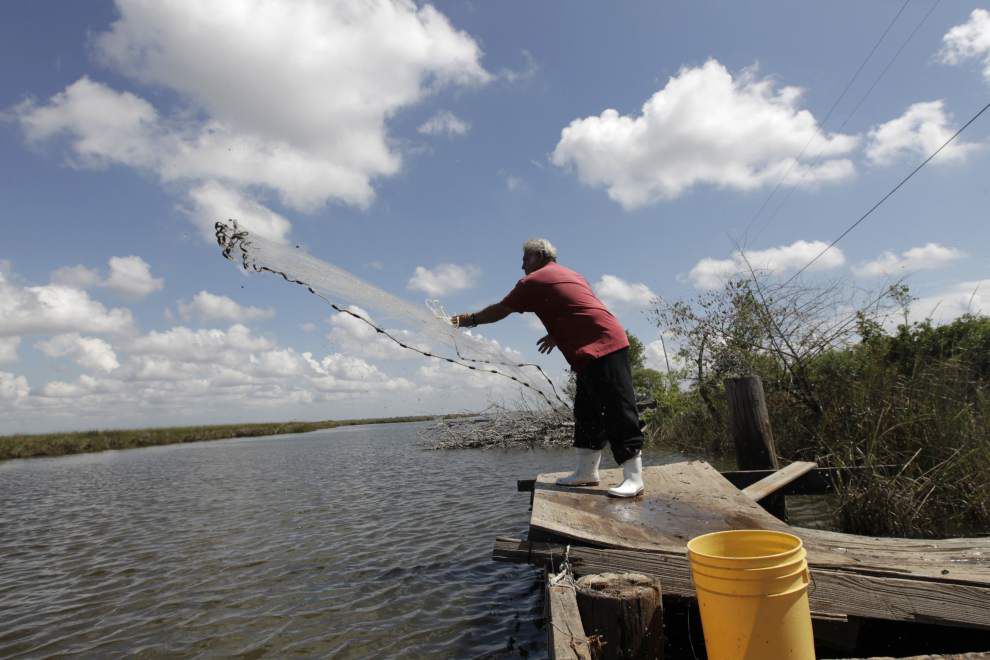 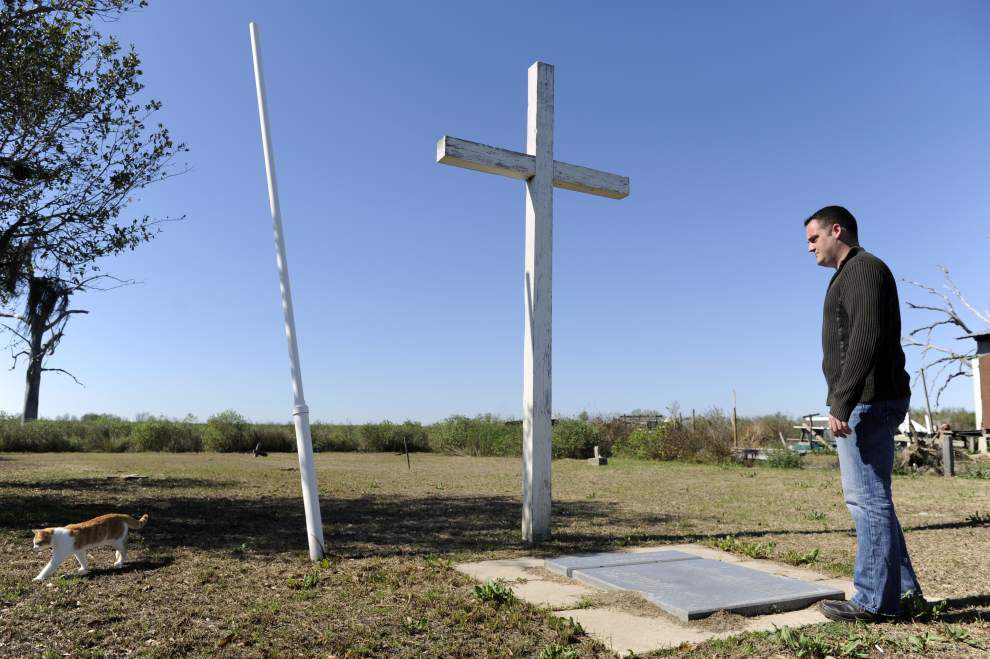 Advocate staff photo by RICHARD ALAN HANNON Chris Chaisson, 28, of Pointe-aux-Chenes, looks over the names engraved on a plaque in Isle de Jean Charles Cemetery in 2012. Chaisson's great-great grandparents, Alfred and Deva Chaisson, are buried on the island, which is not included in the state's master coastal restoration plan. 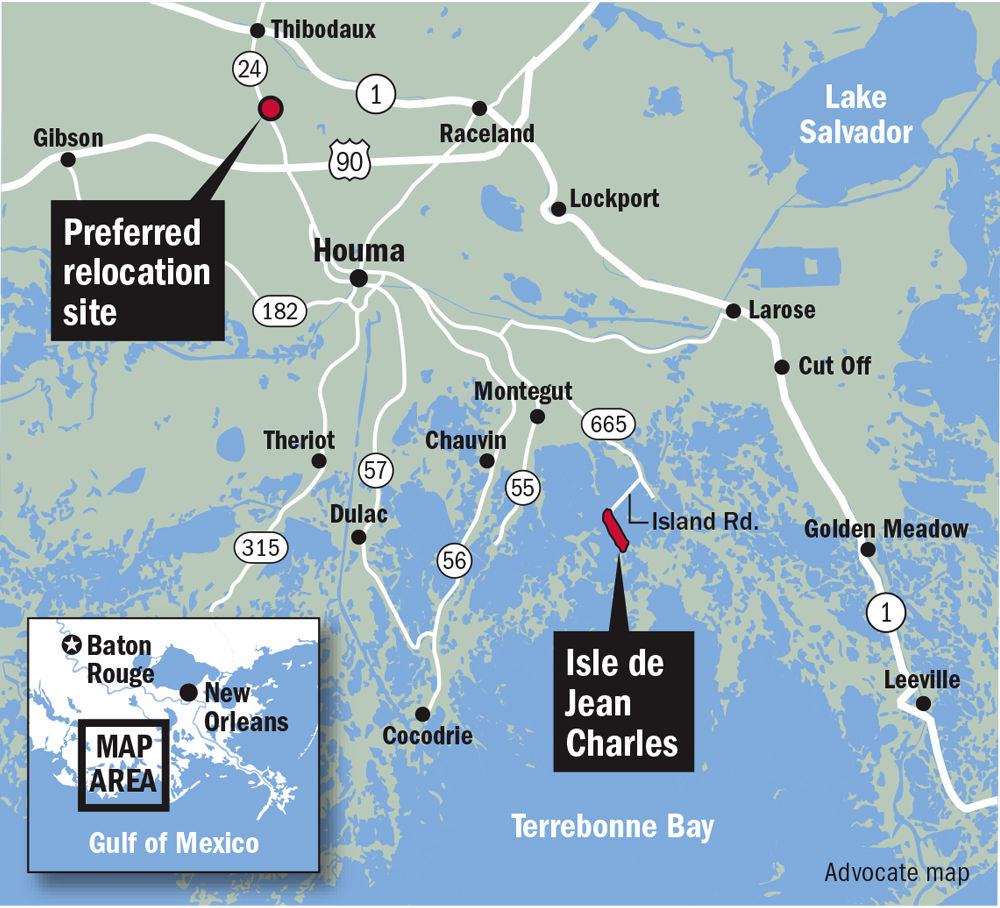 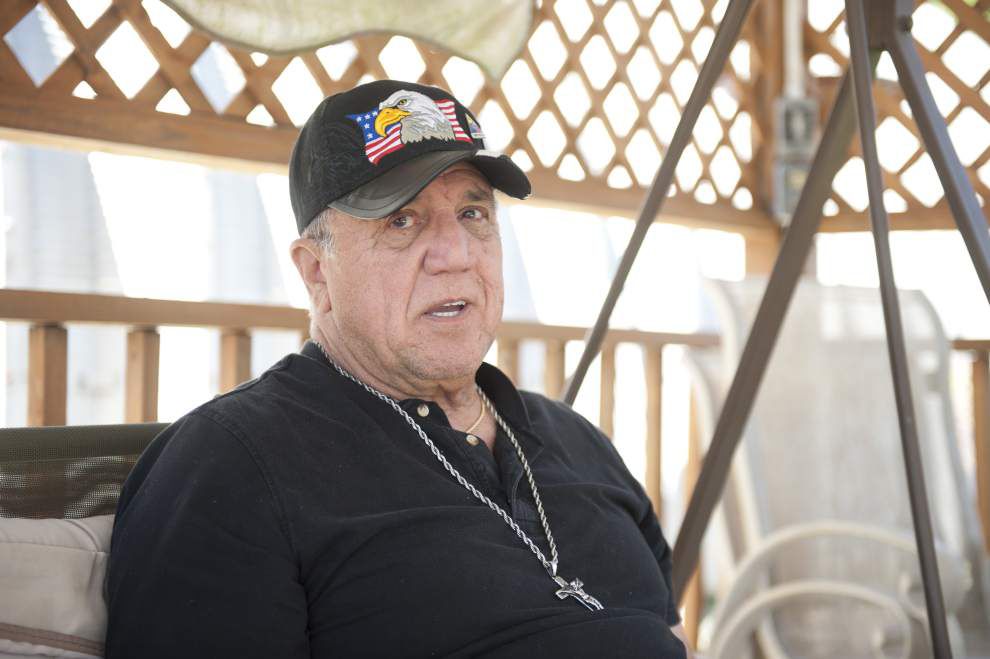 Advocate staff photo by Amy Wold --Isle de Jean Charles band of the Biloxi-Chitimacha-Choctaw tribe Chief Albert Naquin also grew up on the island, but he and his wife moved a few miles up the road after losing two homes to hurricanes. He has been working for years to get help for voluntary relocation of the island residents, but mainly wants to see the community brought back together in one place like it used to be after being scattered by people moving away from the storm dangers.

Advocate staff photo by RICHARD ALAN HANNON Chris Chaisson, 28, of Pointe-aux-Chenes, looks over the names engraved on a plaque in Isle de Jean Charles Cemetery in 2012. Chaisson's great-great grandparents, Alfred and Deva Chaisson, are buried on the island, which is not included in the state's master coastal restoration plan.

After nearly two years of deliberations, the state has entered negotiations to purchase a 515-acre sugar cane farm near Thibodaux where officials hope to resettle the residents of Isle de Jean Charles, an island in south Terrebonne Parish that is quickly sinking under rising seas.

The residents, most of whom are members of the Biloxi-Chitimacha-Choctaw tribe, are the nation's first climate refugees, the beneficiaries of a first-of-its-kind $48 million federal grant to relocate communities fleeing climate change.

The grant would move them about 40 miles to the northwest and, crucially, put them on land less susceptible to flooding than the island, where the lone road is often inundated.

Mathew Sanders, who is heading up the project for the state Office of Community Development, said he expects that negotiations with the agricultural company that owns the property will proceed fairly quickly and the deal could be closed by early next year. That would mean construction on the new settlement could begin in late 2018 or early 2019.

The sugar cane farm has several advantages over the tribe members' current homes on the island, such as proximity to stores, schools and health care, Sanders said. It's also only about 20 minutes from Houma.

But even more important, the new site should be far less susceptible to flooding. Isle de Jean Charles has been hard hit in recent years: Hurricane Gustav damaged half of the 50 or so homes, and experts estimate the island could be totally underwater in five to 25 years.

"As we look 50 years into the future, (the new location) has a reasonable flood risk profile," Sanders said.

Albert Naquin, the tribe's chief, said he looked at the site two years ago and it was immediately his favorite.

"It's in the best part of the parish; it's the highest area," he said. "I pushed for that one."

A master plan for the new development being created by the consulting firm CSRS will include not just houses but also community spaces and maybe even features like crawfish ponds.

"We want to move the people on the island in such a way that the community can sustain itself," Sanders said. To that end, officials may try to attract some businesses, including retail.

As it stands, the state has offered the owners $10.6 million for the property, a figure that is in line with one of two appraisals conducted. The other appraisal put the value at $19.1 million, a figure Sanders said was too high.

Funds for the purchase are coming from a $48 million federal grant the state received in 2016 to help relocate and resettle the tribe. The grant was part of a $1 billion package of grants given out by the U.S. Department of Housing and Urban Development.

The new site will have room for those, as well as the more than 100 tribe members who have already moved away from the island. Eventually, it could have as many as 200 to 300 houses, Sanders said. Homes not occupied by tribal members or other displaced coastal residents would be sold as they would be in any development, he said.

Naquin has some concerns. He is frustrated that residents of the island will have to endure at least one more hurricane season there before being moved. Sanders, however, noted that there are vouchers available to residents who want to move away now.

Naquin also is concerned about the possible sale of homes on the new site to people from outside the tribe or the Isle de Jean Charles community. There may not be enough members to fill all the houses that may be built, and he worries about dilution of the tribe's culture with the introduction of people from outside.

"You are taking one ant pile and trying to mix them," he said. "It don't work."