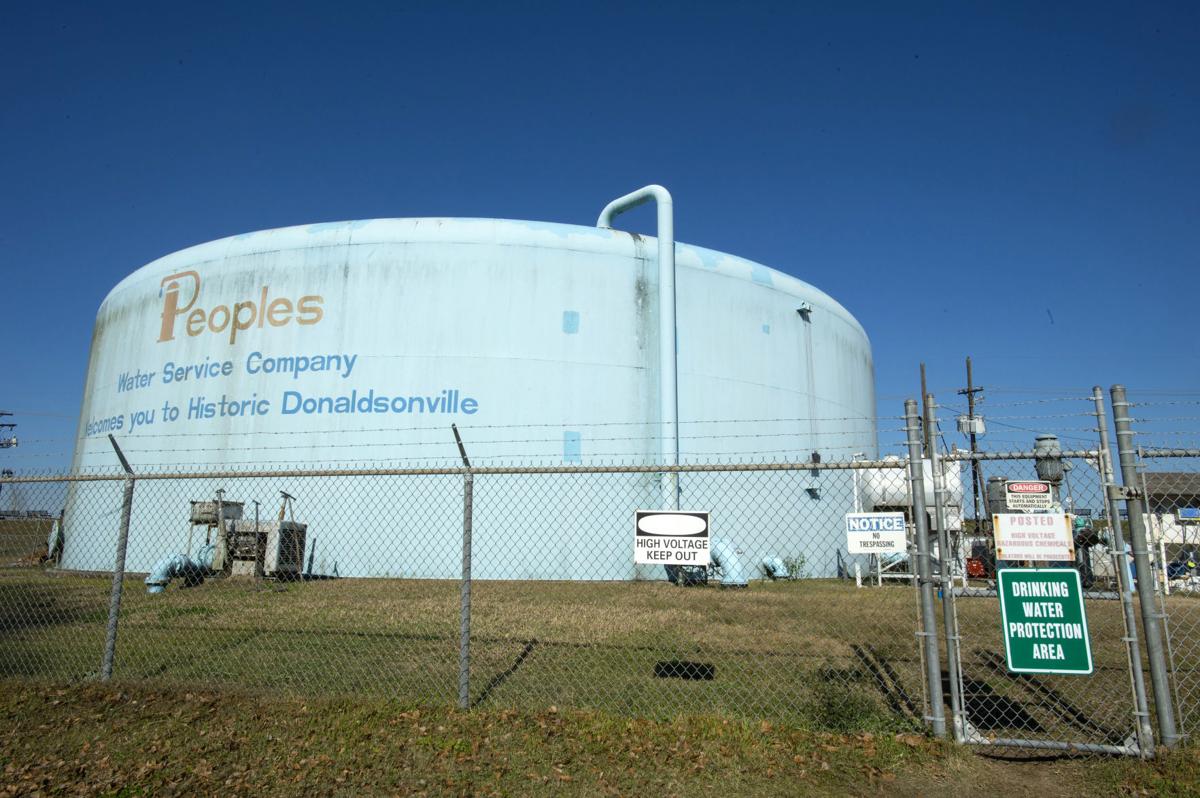 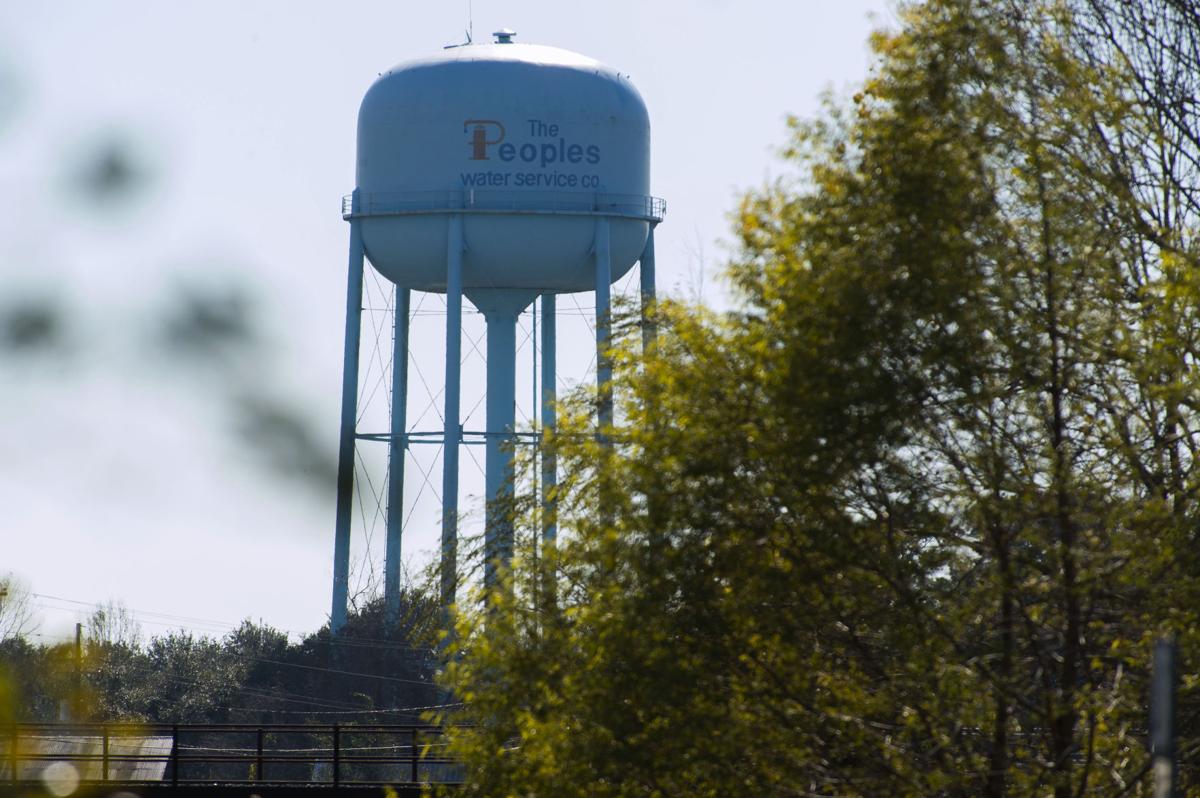 An above-ground water storage tower, as seen Wednesday, Jan. 3, 2018, that supplies the  Parish Utilities of Ascension water system that serves the city of Donaldsonville.

An above-ground water storage tower, as seen Wednesday, Jan. 3, 2018, that supplies the  Parish Utilities of Ascension water system that serves the city of Donaldsonville.

For the time being, more than 3,400 customers in the Public Utilities of Ascension system will continue to pay elevated monthly water rates after a 39% increase the prior administration said was necessary to finance the now-stalled U.S. Department of Agriculture-Rural Development financing plan.

Parish officials say they want to start replacing PUA's old water meters — which are believed to undercount and, thus, under-bill water use — and see if the new meters can generate the kind of additional revenue some engineers have projected.

For more than a year, Ascension Parish government's 3,400 water customers in the city of Donaldsonville have been paying higher rates intended…

Based on those projections, if the meters are just 20% off, on average, the west bank water system would see a revenue increase of $405,000 per year with their full replacement, parish estimates show.

But parish officials say they are taking a "show me" attitude this time after other projections given to the prior administration suggested that the PUA rate increase would finance the USDA loan and grant and keep the system solvent.

"You get these numbers from engineering firms, and, you know, an engineering firm told us that if we raise these rates at this level, we would be able to afford this and, look, we did and they're not," John Diez, the parish's chief administrative officer, told council members recently. "And, so, I want to see the numbers work first."

Diez said the parish plans to replace 150 meters in the first quarter of 2021 to see what kind of improvement in billing accuracy the new meters might achieve.

Ever since Ascension Parish bought Peoples Water in Donaldsonville in the fall of 2016, the parish officials entrusted with operating the deca…

Diez added he has committed to west bank Councilman Alvin "Coach" Thomas that if the meters provide the projected improvement in revenue, the parish could move forward with the USDA grant and loan in 2022.

USDA already awarded the $9.7 million loan and roughly $8 million grant for Ascension in the fall of 2018 to upgrade water lines, meters and other infrastructure in the PUA system, which is the old privately held Peoples Water Service system.

The parish bought the system in the fall 2016 when Kenny Matassa was parish president and has gradually uncovered its shortcomings.

The new Cointment administration put the grant and loan, one of the largest ever authorized by USDA in the state, on hold in March as the novel coronavirus was gaining steam and parish officials were watching spending.

The U.S. Department of Agriculture has awarded Ascension Parish government $17.5 million to upgrade the parish-owned water system for Donaldso…

As time has passed, parish officials have revealed more about PUA's finances and say that, even with the rate increase, which took full effect in January, the system requires influxes of cash from general parish revenues.

If the parish pursues the USDA money, it must spend the entire $9.7 million loan before it can touch one dollar of the grant, meaning a decision to pursue the federal dollars would obligate the parish to a 40-year loan with debt payments of $375,000 per year.

Cointment and Diez have said the parish doesn't have the money to pay those debts and, earlier this month, challenged the council to find a revenue source for those future bills.

The parish leaders took that position as the parish attorney has recently circulated an opinion questioning the legality of continued, "gratuitous" supplementation of the parish sewer system with general purpose revenues.

"So, where are you going to get the money?" Cointment asked the council. "That has to be answered first. You can't pay back the loan unless you know where you're going to take the money to pay it back."

Two of the leading candidates for mayor in the city of Donaldsonville on Nov. 3, however, have questioned the parish's stance on the grant and loan as city residents continue to pay higher rates based on past promises of upgrades. Challenger Glenn Price has attacked incumbent Mayor Leroy Sullivan over the age of the city-owned natural gas lines, but both men took a similar stance on the parish-owned water system.

"To me, that's extremely, extremely unfair to the people of Donaldsonville," Price said. He also questioned the safety of the water supply with its old pipes, though parish officials say repeated testing shows the water is safe to drink.

Parish officials have argued the Peoples Water system was underfinanced before the parish sale and needs even more than the 39% rate increase to be solvent. Diez has produced a 2017 memo sent to Ken Dawson, the parish infrastructure director, from a Peoples Water lawyer.

According to the email, Peoples Water, in 2016, would have been entitled to a 63% rate increase from state regulators for operational expenses. In the email, Florida attorney Bill Sundstrom adds that the increase would have included an 8% profit for Peoples Water but no capital upgrades as the parish is now trying to finance.

"So, in all reality, the increase would have been even greater than 63%," Sundstrom told Dawson, according to a copy of the email.

Peoples Water didn't pursue the increase because of the sale to Ascension.

Water rates to rise in Donaldsonville; rates take effect June 1 for some, Jan. 1 for others

GONZALES — More than 3,300 residential and business water customers in and around the city of Donaldsonville will see their rates go up June 1.

Mayor Sullivan said he understood that PUA's finances may not be as good as hoped and that a new administration is looking at the water system with fresh eyes, but he said that the same people in Donaldsonville were promised upgrades that haven't happened but are paying higher rates.

"To me, I think that, if you're not going to do it, you need to give the people their money back, and if you're looking at raising (rates) for some other reason, you need to be upfront and tell the people that and not say, 'We're doing this so you could improve the water system,' and then not do it," Sullivan said.

For the average residential customer in PUA, monthly rates went up in two steps, in June 2019 and January, for a combined 39%. A customer using 6,000 gallons per month now has a bill of nearly $46.

DONALDSONVILLE — A public meeting on a proposed 39% rate increase for the city's water system is scheduled 6 p.m. Tuesday in Donaldsonville.

Commercial and industrial customers saw even higher increases. The old Peoples Water system last had an increase in 2007.

After declining to budget money for the USDA loan payments earlier this month, the Parish Council agreed to revisit the effectiveness of the new meters in April. Parish officials say they are continuing to look for other grants or at making upgrades over time with parish resources.