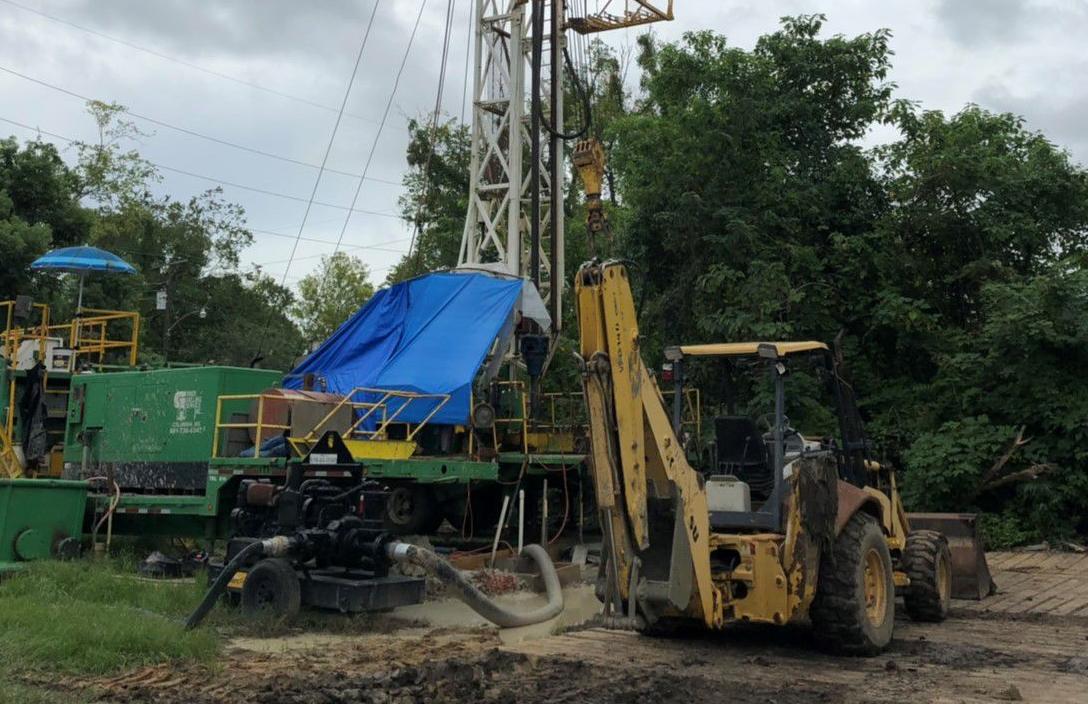 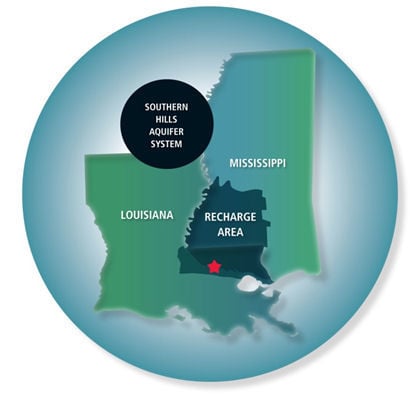 A regional panel that regulates large-scale pumping from the Baton Rouge area drinking water aquifer is homing in on a candidate for the first full-time director in the group's 45-year history.

Commission officials plan later this month on having the two men conduct one-on-one presentations and answer questions from the 18-member state panel and also meet with U.S. Geological Survey and Water Institute of the Gulf officials, said Nelson Morvant, the commission chairman. The two groups work closely with the commission, including on the pending 50-year strategic plan.

A small committee of the state panel interviewed seven semifinalists last week via web-based video conferencing that was public. Among those who were interviewed but weren't selected were Emile Ancelet, water quality director for the Bayou Vermilion District, and Gary Beard, a former Baton Rouge state legislator and a former Metro Airport commissioner who works as an engineer in the compliance division for Texas Eastern Corp.

The final pick, which commission officials say they hope to make soon so the new director can start next month, comes as the body is facing pressure from environmental groups, the state Office of Conservation and state auditors to take more forceful action at staunching the gradual spread of saltwater into the region's drinking water source, the Southern Hills aquifer.

The aquifer provides drinking water to more than 600,000 people, plus major industrial operations, farms and businesses.

The director's job normally involves a mix of technical, management, political and media demands that includes not only dealing with state regulators but also managing a large, volunteer commission that represents a diverse mix of groundwater users sometimes with competing interests.

The new director will also be asked to find a way to finance completion of the 50-year management plan for the aquifer that would address saltwater intrusion. The plan could call for major regulatory restrictions on big users, higher pumping fees, consumer conservation, new alternative water sources or other potentially controversial measures.

Some environmentalists have advocated for pushing large industrial users to switch to Mississippi River water to protect the aquifer and have criticized the commission for not acting sooner. Continued high levels of pumping continue to draw saltwater into portions of the aquifer under Baton Rouge.

In interviews with the commissioners, both Zimmerman and Hebert cited groundwater experience that revolved primarily around soil remediation or working in the state and federal regulatory arena for industries, including landfills. Those issues present significant long-term groundwater contamination concerns due to chemicals leaching from degrading waste.

In Hebert, the commission would get a seasoned hand with the state panel who had helped broker voluntary pumping caps on heavily used sands in the aquifer and was around when the commission began data gathering and modeling on saltwater intrusion that has informed the current push for a long-range plan.

Zimmerman's resume offers some of the management and business experience that a number of commissioners had pressed for when they developed the job description for a full-time director. Zimmerman has his own executive coaching firm and he touted his experience helping managers determine their goals and then set out to achieve them.

Earlier in his career, he managed engineering firms or a division of a firm with dozens of employees. Zimmerman had worked years in groundwater remediation.

Hebert told the commission panel that the strategic plan would provide a long-needed big picture view but said the budget for the second phase is a matter still to be determined. Possibly private partnerships, grants or a review of the second phase's scope would be necessary.

Hebert also said industrial and public use of the aquifer could be managed in harmony, adding that negative industry impacts on wells used for residents is "bad for business" and is "just not right."

"At the end of the day, industry should want to make its product in harmony with the community that it lives in. It's just a moral imperative, so I think there's common ground between public, private, industrial usage on that basis," he said.

The Louisiana Environmental Action Network filed an ethics complaint last year against a handful of current commissioners who are industry representatives and also work for users the commission regulates, claiming the members have a conflict of interest. That complaint is pending.

In his interview, Zimmerman touched on the broad questions posed by saltwater intrusion.

Zimmerman noted two points often glossed over in the public debate about the aquifer: 1) simply moving groundwater wells miles from existing saltwater intrusion could mean costly new water delivery infrastructure that would have to be paid by big users and residential customers; and 2) a large part of the aquifer's recharge area is in Mississippi. Aquifer management should include watching what happens in the neighboring state, Zimmerman noted.

He also said he was surprised that saltwater intrusion, which he said he first learned about in the early 1980s, is still a problem.

"That would be a top priority to, No. 1, resolve that issue once and for all: to either say we can't do anything about it and we've just got to move the wells north or to say this is the technology we would need to implement, and let's get to it and start it and mitigate this as much as possible," Zimmerman said.

The commission had hired Baton Rouge firm Emergent Method to privately vet 77 applicants after the agency's former part-time director, Tony Duplechin, abruptly stepped down during a meeting in June. The firm interviewed 11 of those candidates on the phone and narrowed the list to seven.

The committee then settled on Zimmerman and Hebert after members gathered behind closed doors to review private rankings of the seven candidates following interviews. Commissioner William Daniel wanted a third candidate and so voted against selecting just the two finalists.

In addition to Hebert, Zimmerman, Ancelet and Beard, the other semifinalists were:

How much is Baton Rouge drinking water at risk? After delays, panel moves toward study to decide