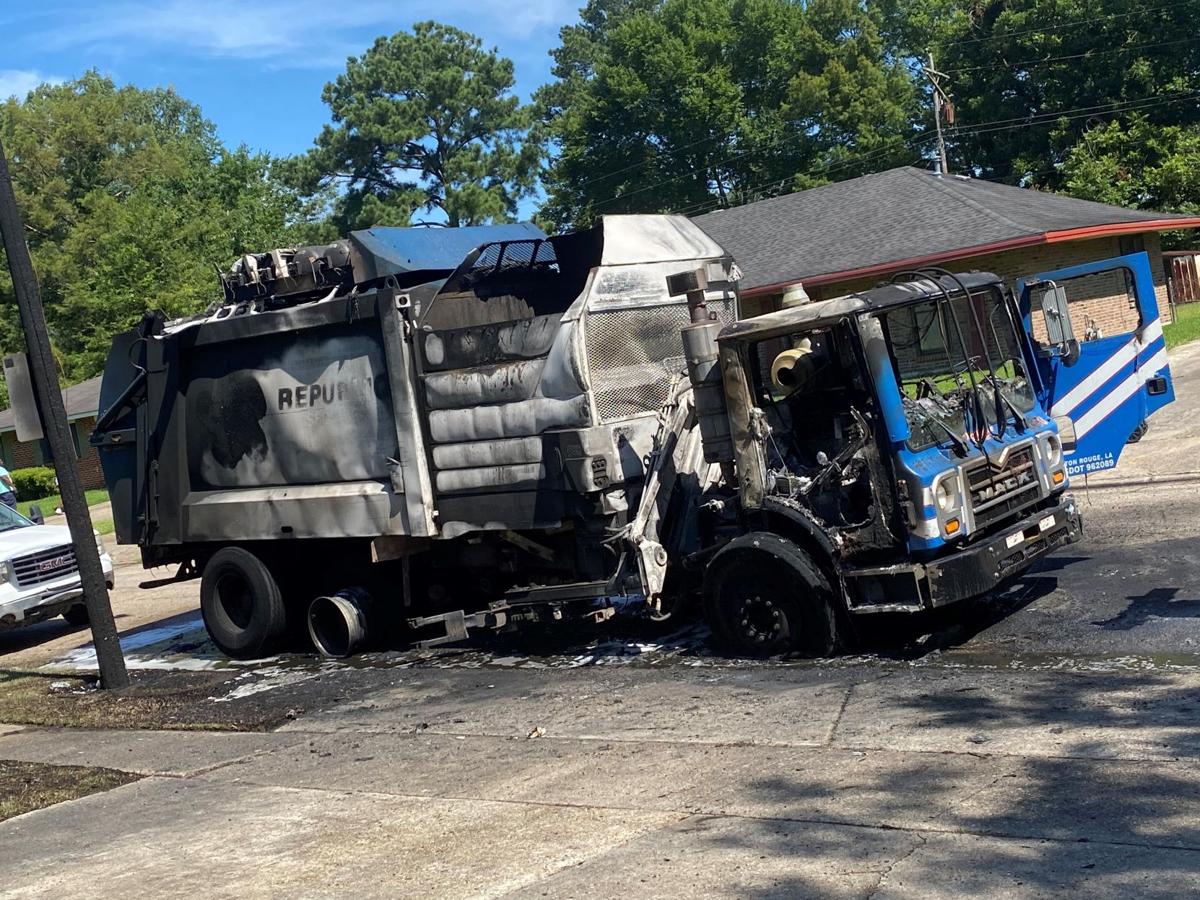 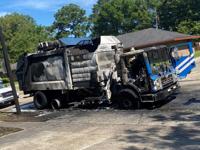 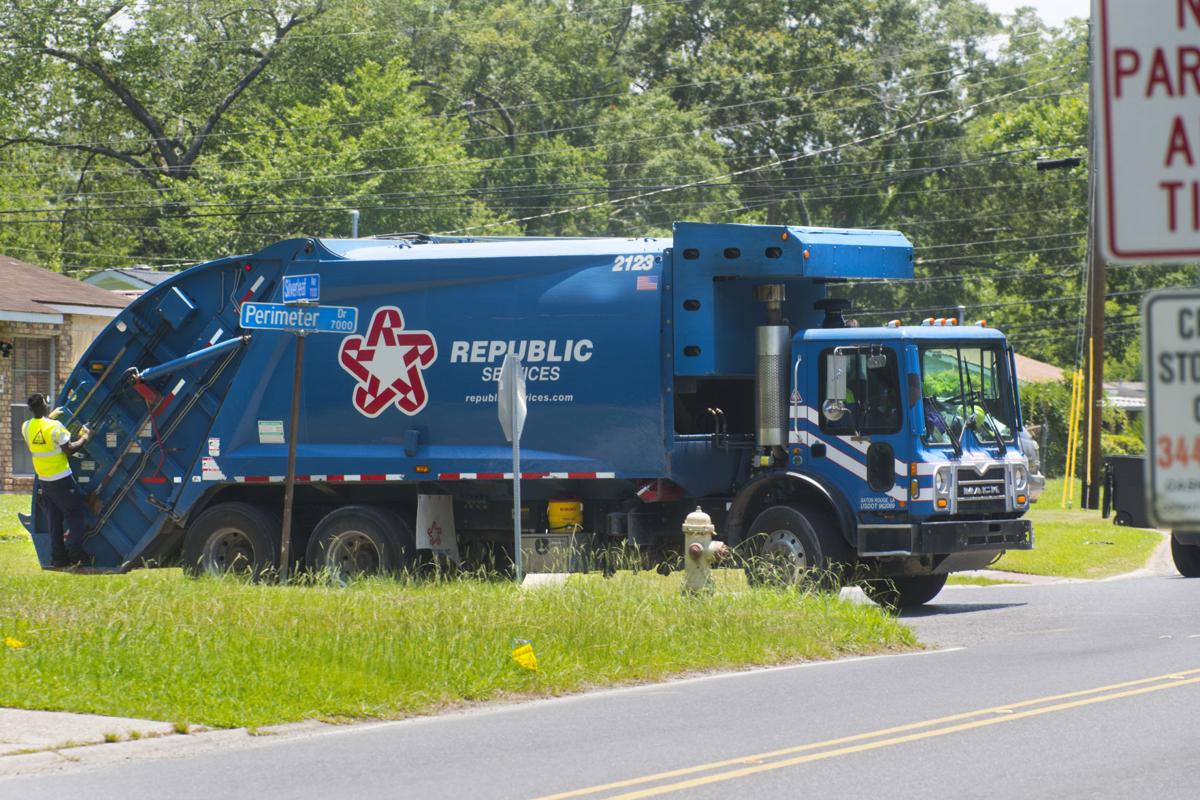 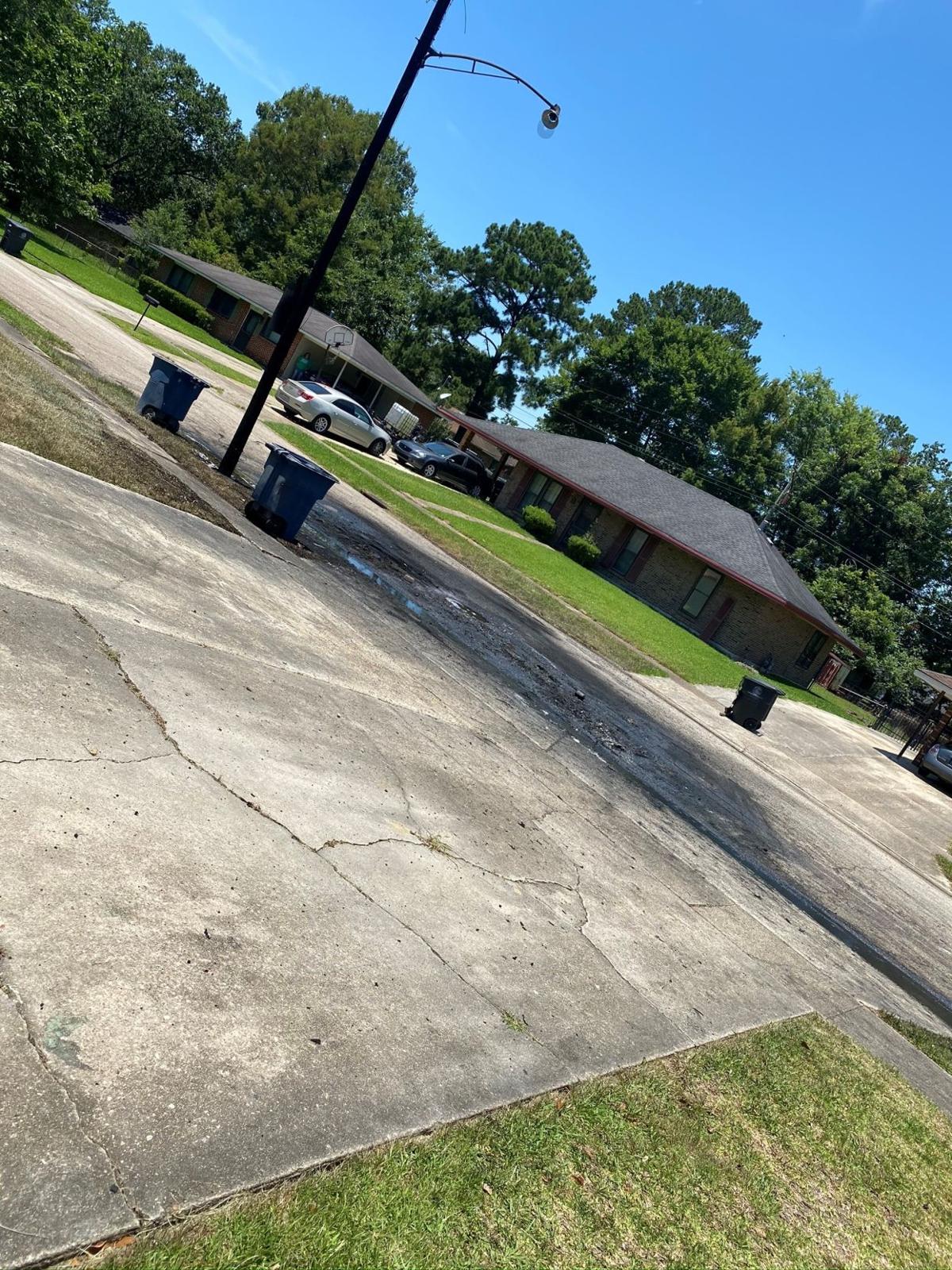 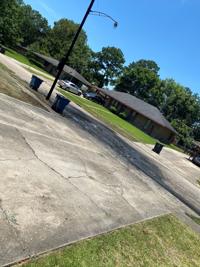 One Juarez Street in front of Jamie Green's house where the garbage truck burst into flames Saturday morning, June 13, 2020.

One Juarez Street in front of Jamie Green's house where the garbage truck burst into flames Saturday morning, June 13, 2020.

Jamie Green awoke Saturday around 7 a.m. to her neighbor frantically beating on her door to alert her to a garbage truck engulfed in flames in front of her house.

The blaze, which started on Juarez Street near Hooper Road, was caused by what officials suspect was a butane tank improperly disposed of in a garbage can. After the can had been emptied into the garbage truck, the vehicle's trash compactor punctured the tank, resulting in an internal explosion and fire. Richard Speer, director of environmental services for the city-parish, said the fire was hot enough that it melted the paint off a nearby house.

The heat from the blaze was so intense, Green said, her doorbell camera shows her neighbor had to run away from the door to protect himself.

"It was scary," Green said. "The flames were touching the house."

The garbage truck was totalled, one of three $300,000 garbage trucks destroyed in East Baton Rouge because people are improperly tossing out hazardous household material in their daily trash.

Green and her neighbor ushered the other six people out of the house, including three small children and her twin brother, an autistic man who was confused by the sudden chaos.

"We were out in pajamas," Green said. "I think of my brother in everything that I do because he is non-verbal autistic. That’s the only thing that I was thinking about. I can forget the house and the car and everything."

She also had to move her truck out of the driveway and onto the lawn so it wouldn't catch fire, afraid that if it did her truck would explode and decimate her house. Green saw the driver of the garbage truck throw open its door, fall out of the truck and roll onto the pavement.

Green watched with her family from a neighbor's backyard as the truck went up in flames and firefighters arrived on scene. She saw rats evacuating the stacks of smoking trash, scurrying across the street. The air was filled with the acrid stench of burnt garbage, which Green says still lingers days later.

A burnt crater now sits in front of her house, one of the lights on her truck has melted and her garbage bins are destroyed. But Green knows it could have been a lot worse.

"(People) need to handle these hazardous materials correctly," Speer said. "They need to be responsible citizens in making sure they properly dispose of these materials."

There have been four garbage truck fires alone this spring, Speer said. The other three fires were less severe, though two involved improperly disposed of pool chemicals that caused enough damage to render the trucks useless.

Bagged leaves caused the one fire that managed to be contained without severe damage. When people put dead leaves or yard clippings into black garbage bags, they tend to get hot; but when people, in turn, put those bags into a cart or container while already in a bag, the leaves heat up even more and end up cooking.

In this case, the driver saw smoke from the leaves and dumped the load before it could damage the truck further.

Not only is it a dangerous situation, but also it takes a long time to replace the damaged units. The turnaround to get a new garbage truck is roughly a year.

Representatives with Republic Services, which oversees trash collection in the parish, warned that improper disposal is a hazard for residents who may leave their garbage outside for several days, risking an explosion or fire.

"We get really nervous about our employees," said Sharon Mann, Republic Services general manager. "They’re really safety driven and want to make sure they do the right thing, but what they don’t see they can’t control. Homeowners really have to be our eyes for us."

The city-parish has a contract with Republic to handle trash collection at a set amount, mayor's office spokesperson Mark Armstrong said. The company assumes the risk when the trucks are damaged, so the fires and truck losses are not necessarily costing the city-parish monetarily.

Speer also reminded the public that a hazardous materials collection day will be held in the fall for people to dispose of any potentially flammable garbage. Pool chemicals, butane or compressed gas tanks, gasoline cans, pesticides and paint cans with wet paint should never be placed in trash containers.

As for leaves and grass clippings, Speer said to bag those and leave them by the curb without putting them in a trash container. Guidance for proper disposal, and what to do with those items in the meantime, can be found at the city-parish recycling website.

Green doesn't know which of her neighbors disposed of the tank before the explosion. Several days later, she said, the children are still traumatized.

"They ask about it every day," she said. "My 5-year-old niece: She’s afraid to even go to the bathroom — she says, 'The fire is going to be outside!'”

Still, Green is happy they are safe. She prays every day, but she thanked God when it was all over — that her home was spared, that her family was safe and that the sanitation worker wasn't on the interstate when her truck burst into flames.