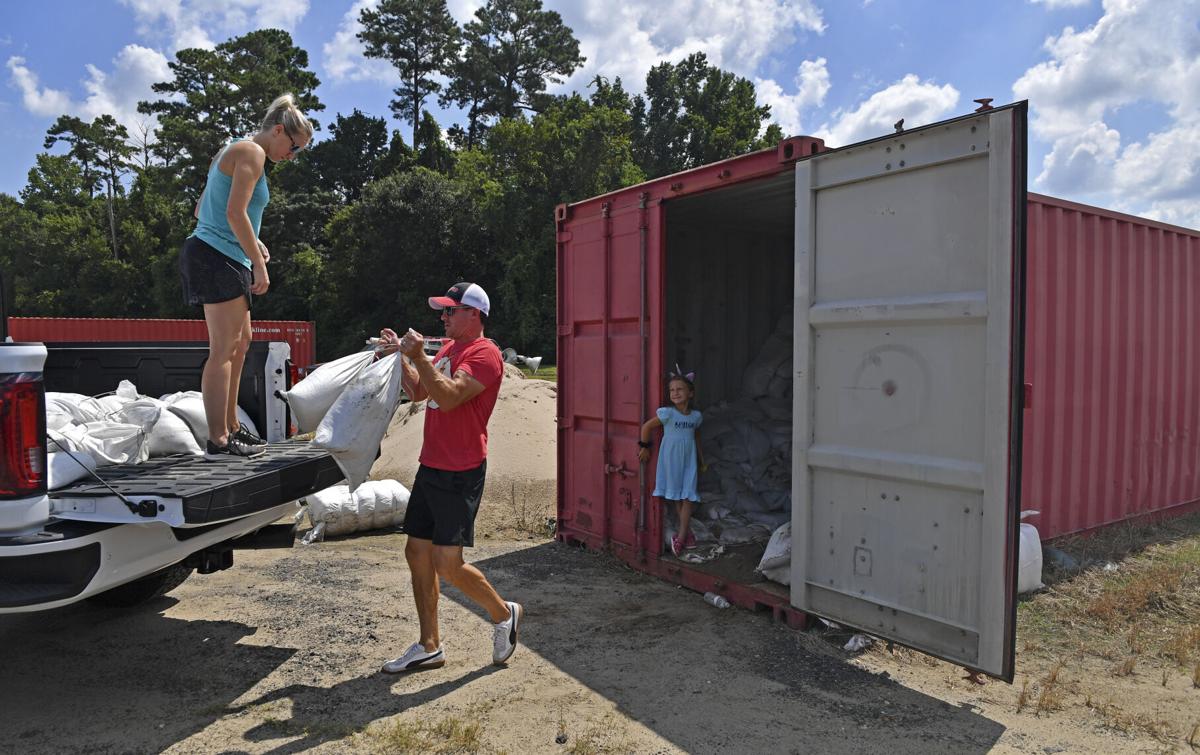 Jason Walter hands off a pair of pre-filled sandbags to his wife, Katie, as their daughter, Britton, 5, looks on from a container near the Ascension Parish Sheriff's Office substation on Airline Highway, Saturday August 22, 2020, in Prairieville, La. 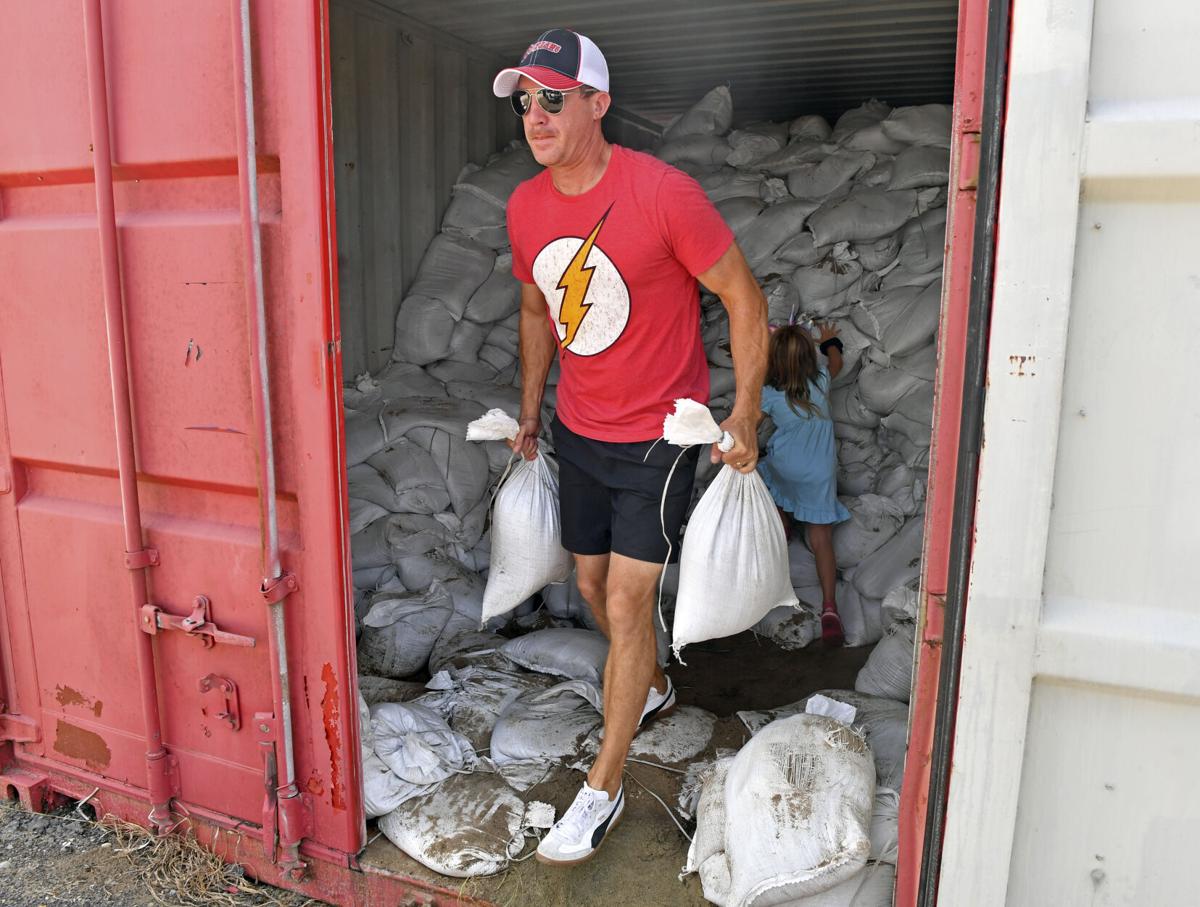 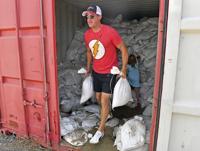 Jason Walter grabs a pair of pre-filled sandbags from a container near the Ascension Parish Sheriff's Office substation on Airline Highway, Saturday August 22, 2020, in Prairieville, La.

Jason Walter hands off a pair of pre-filled sandbags to his wife, Katie, as their daughter, Britton, 5, looks on from a container near the Ascension Parish Sheriff's Office substation on Airline Highway, Saturday August 22, 2020, in Prairieville, La.

Jason Walter grabs a pair of pre-filled sandbags from a container near the Ascension Parish Sheriff's Office substation on Airline Highway, Saturday August 22, 2020, in Prairieville, La.

Louisiana is facing an unprecedented double punch as Category 1 Hurricane Marco approaches Grand Isle, followed by an anticipated Category 2 Hurricane Laura crashing ashore near the Louisiana and Texas border Thursday, according to the National Hurricane Center.

Forecasters with the National Weather Service in Slidell expect Marco will dump about 2 to 4 inches of rain in the capital region, which will be hit by wind speeds around 40 to 50 mph beginning Monday afternoon and lasting into Tuesday morning.

The hurricane will likely weaken quickly after it makes landfall near Grand Isle and will turn west, almost parallel to Louisianan’s coastline, he said.

Some isolated areas could see higher amounts of rain, leading to possible flooding in low areas. Forecasters also anticipate parishes near Lake Maurepas and other waterways could see minor flooding from storm surge.

"We will be prepared, but it's also a collaborative effort," East Baton Rouge Parish Mayor-president Sharon Weston Broome said Sunday ahead of issuing an emergency declaration for the parish. "We will do everything possible, but we need our citizens to comply with the directives that we give."

Because Laura is likely to hit within 48 hours after Marco, state and local leaders voiced concerns any impacts caused by Marco, such as power outages, may be difficult to fix until after Laura passes.

East Baton Rouge public works crews have been clearing debris from certain areas and activated four of the parish's pumps and drained the lake near the governor's mansion so it can hold more water.

Ascension Parish activated pumping at its station in the McElroy Swamp ahead of the storms, amid concerns of heavy rain and possible storm surge that could overwhelm its floodwater storage capacity.

It’s unclear where exactly the tropical events will make landfall, with Laura being an even greater uncertainty until it moves into the Gulf of Mexico, forecasters say.

Several school districts and colleges in the Baton Rouge region on Sunday called off classes and virtual instruction because of the incoming hurricanes.

Episcopal School of Baton Rouge is closing both in-person and virtually Monday through Wednesday.

Court buildings in the 19th Judicial District will also be closed Monday and Tuesday, and East Baton Rouge Parish Family Court will hold remote hearings if there are no power outages. East Baton Rouge libraries also announced they would close until Wednesday.

Ferry services run by the state will shut down if winds reach 39 mph.

Broome said, if needed, the parish can house people in hotels where they're able to maintain social distancing and could open group shelters as a last resort.

She and state leaders have recommended residents add items like hand sanitizer, disinfectant wipes and two masks per person along with food, water and other common hurricane supply items.

"I want to encourage everyone: Don't be fearful," Broome said. "If we all work together, if we all keep the faith (and) if we all prepare prayerfully, we will get through this."

Lafayette Mayor-President Josh Guillory has declared a state of emergency ahead of Hurricane Marco and Tropical Storm Laura, both of which are…