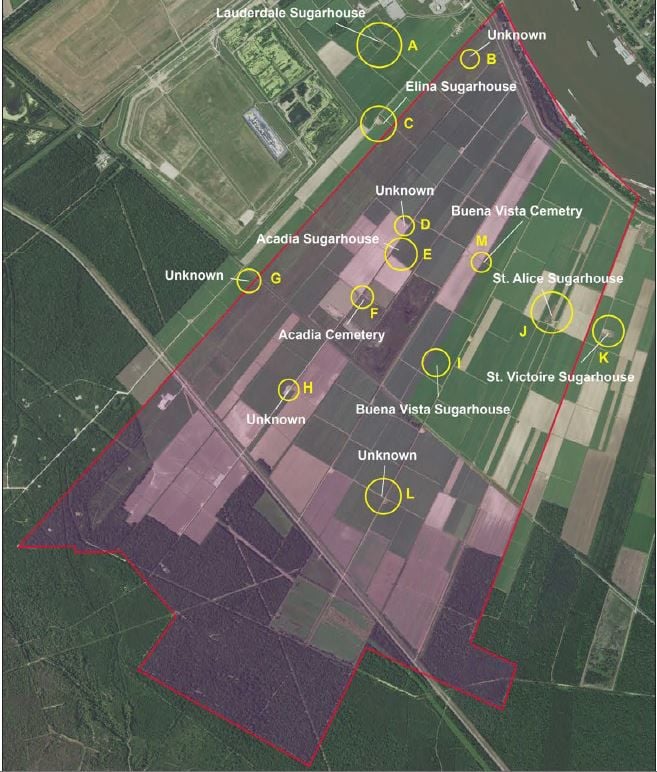 The U.S. Army Corps of Engineers plans to temporarily suspend a permit critical for the construction of a $9.4 billion chemical complex proposed in St. James Parish in hopes of addressing criticisms raised by environmental and community groups.

The Corps of Engineers announced its plans on Wednesday afternoon in a court filing from Department of Justice lawyers who asked a federal judge to halt the environmental groups' lawsuit challenging the federal wetlands permit.

The Formosa Plastics facility has drawn fierce public opposition and lawsuits from local and national groups over its extensive air emissions, potential for plastic water pollution. Opponents argue it represents another major polluting facility located next to largely Black and poor communities in the Mississippi River corridor.

They have also raised concerns about the discovery of unmarked graves on the company's nearly 2,400-acre site -- graves advocates say are of enslaved African-Americans.

But the project has been seen as a big economic development win for the state. It is expected to bring 1,200 permanent jobs, thousands more temporary construction jobs and millions of dollars in sales and property tax revenue for local and state governments. Gov. John Bel Edwards and parish government officials in St. James hailed the plant's arrival when it was announced in April 2018.

A Formosa Plastics affiliate planning a $9.4 billion petrochemical complex in St. James Parish will defer "major construction" of the facility…

The Corps of Engineers said Wednesday it was acting under federal laws that allow it to reevaluate a permit "and suspend, modify, or revoke permit after further review." The agency planned to better explain its rationale for the pending action in a public notice that would be issued no later than Tuesday.

However, the planned actions would appear to prevent at least significant construction of the Formosa Plastics complex from proceeding while the agency reworks the permit.

"As part of the regulatory process, the Corps will issue a new final agency action that will authorize future activity, if any," the Corps of Engineers explained in the court filing. "As will be explained in the Corps’ (imminent public notice), the intended construction activities authorized under the permit as originally issued may not proceed."

U.S. District Judge Randolph D. Moss, who is in the District of Columbia, hadn't ruled on the Corps' motion as of Wednesday evening, court filings show.

If he does agree to a stay, it's not clear how long the permit rework would take or if the expected permit suspension would halt pre-construction activities already underway on the site. After negotiations in court, that construction is designed to avoid the grave sites and wetlands.

Ricky Boyett, spokesman for the Corps of Engineers in New Orleans, declined to comment, citing agency policy on litigation.

The plaintiffs in the suit hailed the Corps of Engineers' announcement as a sign efforts at trying to block the project through litigation and the court of public opinion were having an effect.

"I’m overjoyed by this news. This hopefully marks the beginning of our victory over Formosa Plastics,” said Sharon Lavigne, a St. James native and founder of Rise St. James, a community group that is a plaintiff in the case. "We’ve always said this project would harm our community. Now we need Formosa Plastics to leave St. James."

The other plaintiffs are the Center for Biological Diversity, Louisiana Bucket Brigade and Healthy Gulf.

The Corps of Engineers told the court that the project's owner, Formosa affiliate FG LA did not oppose a court-ordered halt in the litigation.

Janile Parks, FG LA's spokeswoman, said Wednesday the company has cooperated with the Corps of Engineers and would provide any added information that is needed.

"The company has been very diligent to make sure it has done everything required to ensure proper issuance of, and compliance with, it's permits and will continue to do so," she said.

When asked about the effect on preconstruction work, Parks pointed out that the permit hadn't been suspended so far but the company would comply with what the agency directs.

Before the Corps' announcement, the lawsuit, which was filed in January in the District of Columbia federal court, was heading to a critical phase of the litigation.

Called "summary judgement," the phase happens when the different sides in litigation agree that the main facts are not in dispute and make arguments over the law, seeking a final decision from a judge without a trial.

The Corps of Engineers faced a deadline on Thursday to submit its summary judgement response to detailed broadsides from the plaintiffs and the American Civil Liberties Union, which recently filed a friend of the court brief.

The groups faulted the agency, in part, over its environmental justice evaluation and what they saw as a lackluster review of the extent of the unmarked graves on the plant's riverside properties.

In the filing on Wednesday, the Corps of Engineer offered only some insight into why it planned to rework the permit, saying the new review was necessary after "it has now come to the Corps’ attention that an element of the permit warrants additional evaluation."

The Corps added that it was the "alternatives analysis under the Clean Water Act" that needed reevaluation.

That kind of analysis can include things like evaluating different sites that aren't next to minority communities already burdened with pollution or only permitting a smaller facility.