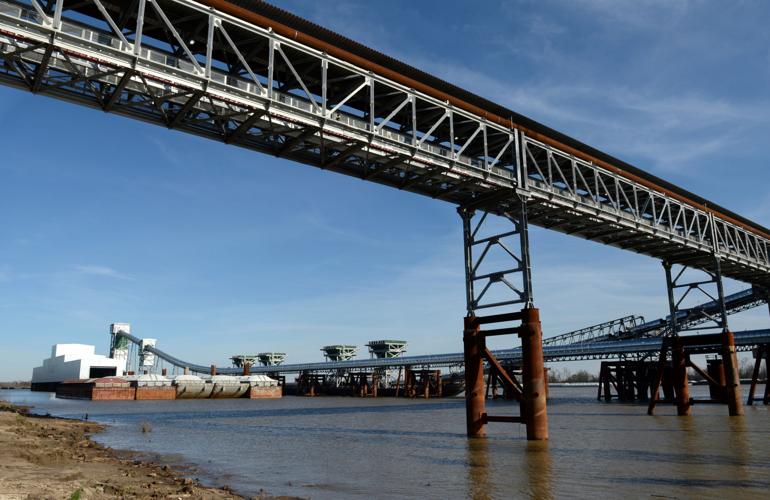 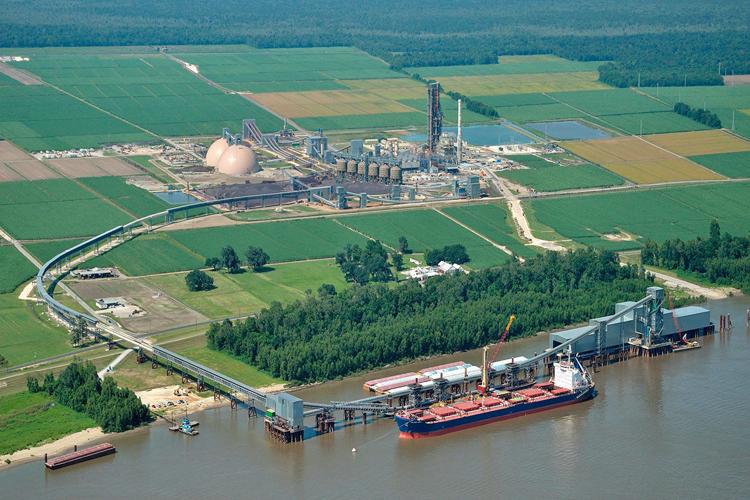 The Nucor Steel Louisiana facility in Convent, St. James Parish, uses natural gas to manufacture iron from ore. Environmental groups fear it will install a coke oven as part of a future expansion that would release toxic pollutants into the air. 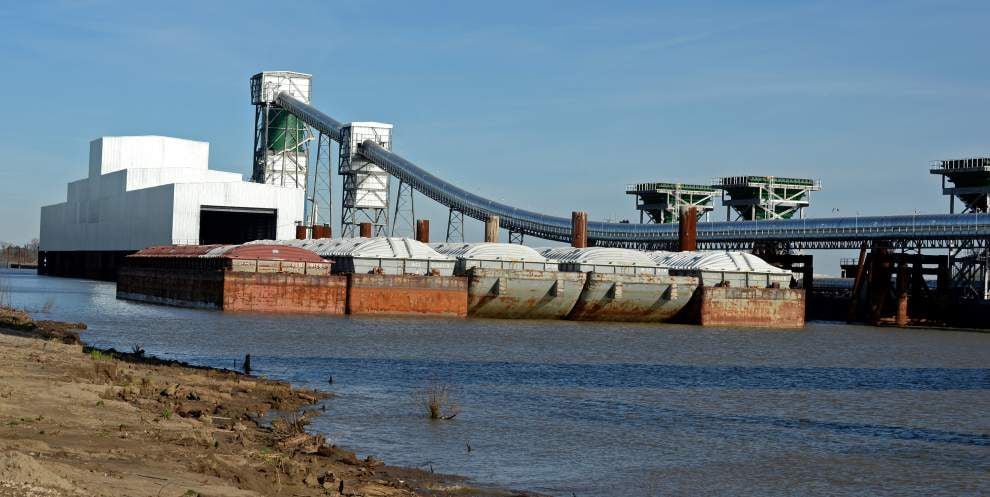 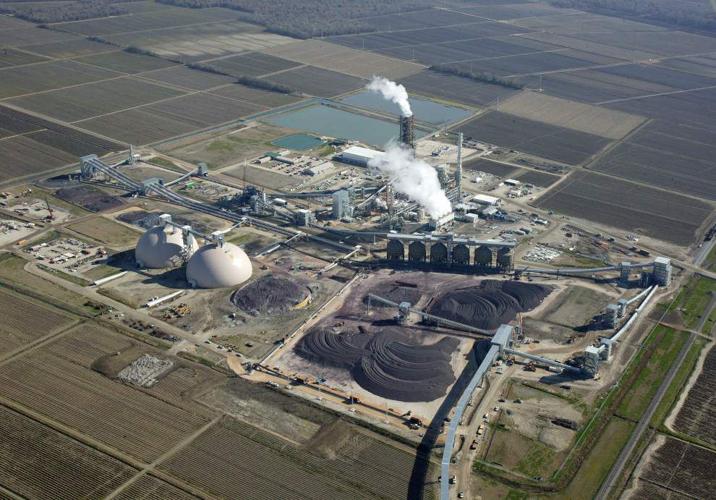 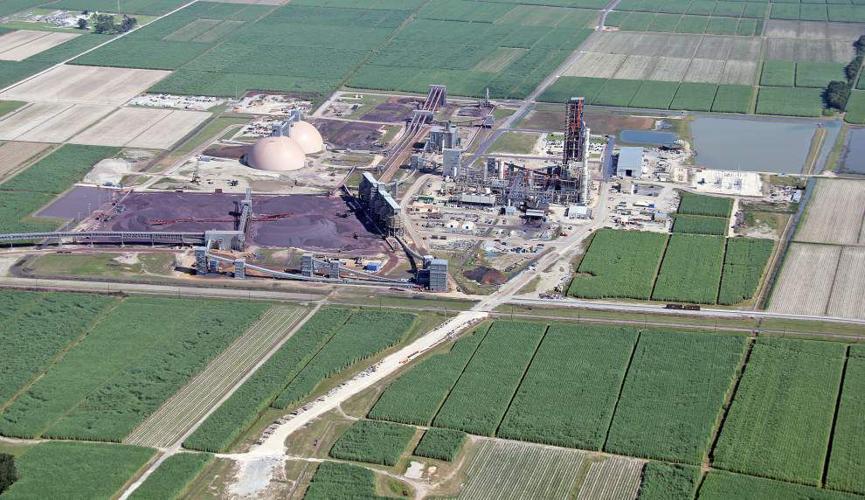 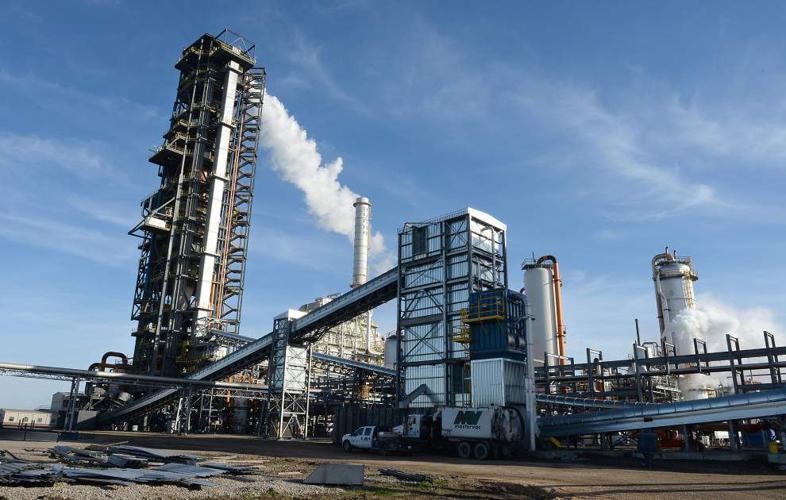 Advocate staff file photo by PATRICK DENNIS -- Nucor has a direct iron reduction plant in Convent that produces iron ore pellets that are mixed with scrap metal to make steel.

Advocate staff file photo by PATRICK DENNIS -- Nucor has a direct iron reduction plant in Convent that produces iron ore pellets that are mixed with scrap metal to make steel.

When Nucor Steel built its $750 million iron ore purification plant in St. James Parish in the early 2010s, the facility was billed as having an innovative design that would minimize greenhouse gas emissions compared with older methods in the traditionally coal-reliant steelmaking industry.

At the time, Nucor was eying a $3.25 billion, five-phase integrated steel complex along the Mississippi River north of Convent.

The operation was supposed to include a $1 billion pig iron plant highly sought by then-Gov. Bobby Jindal's administration, but it had drawn the focus of President Obama's U.S. Environmental Protection Agency for its potent greenhouse gas impacts.

Amid EPA concerns and market fluctuations, Nucor never built the pig iron plant. The first and only phase has been the large iron plant, which uses cleaner burning natural gas to purify iron ore at a lower greenhouse gas output than other designs, analysts and the company say.

With no precedent for this type and size of iron plant, however, Nucor has been on a learning curve with its air emissions, company officials say.

And, in late 2019, Nucor admitted to repeatedly running afoul of its permit over the prior six years for haze-inducing sulfur dioxide, flammable hydrogen sulfide gas and corrosive sulfuric acid mist.

The elevated sulfur emissions were previously unknown to the state Department of Environmental Quality and Nucor; the plant wasn't even supposed to release hydrogen sulfide and sulfuric acid.

The operation's continuing troubles, along with a U.S. EPA inspection in March, prompted the federal agency to issue 12 Clean Air Act and state environmental law-based violations earlier this month following a warning in January.

In the document dated Nov. 3, the EPA says it can seek a civil judicial action against Nucor and fine the company up to $109,024 per violation per day going back to Nov. 2, 2015.

The new violations come as the EPA is investigating DEQ over allegations it discriminates against Black residents already facing poor air quality, including over air permits for the Formosa Chemicals complex in St. James Parish, just across the river from Nucor.

Both sides of the parish's northern end — where Nucor is and Formosa would be — are made up of small, rural communities mostly with Black residents, some of whom have been critical of Nucor's emissions for several years.

Meanwhile, Nucor has been seeking state authority over the past several months to significantly increase permit limits on its emissions of greenhouse gases, those sulfur-based chemicals and other trace compounds.

Nucor's 2019 disclosures to DEQ had triggered a state compliance order, an $89,760 settlement and new state permit limits that authorized the previously illegal pollution.

But, after costly testing of the inner workings of the plant in 2020 and 2021, Nucor found unexpectedly higher levels of the sulfur compounds and trace elements.

The latest permit request would boost the limits on hydrogen sulfide mist by 2.5 times and on sulfuric acid mist more than six times current permit levels, giving the plant the right to be one of Louisiana's largest emitters of those two chemicals, federal and state data show.

Myrtle Felton, a neighbor and longtime critic of Nucor, told DEQ officials recently that the previously unpermitted sulfuric acid pollution had corroded her roof and her metal shed in her back yard before Hurricane Ida destroyed them last year. The particulates had forced her to stop baby-sitting her grandchildren at home.

"It's time for it to stop. Enough is enough. I want to live. I don't want to die from chemical poisoning. I have grandchildren to raise," Felton said during a permit hearing in Convent late last month before the EPA violations were issued.

The hearing drew representatives from Tulane Environmental Law Clinic, Louisiana Bucket Brigade and other groups but also had a big show of support for Nucor.

Clad in their work overalls, employees filled the front aisles of the parish council chambers inside the courthouse.

Calvin Hart, the plant's general manager, Gramercy Mayor Steven Nosacka and others were among those calling for the permit.

Nucor has been a steady employer of more than 250 people, a top taxpayer in St. James and a community supporter, including training programs for local workers, they said.

Company officials point out their own air modeling found even the elevated sulfur and other emissions would not boost background air to levels the state deems harmful to the environment or public.

Twenty-four-hour mobile air testing by DEQ in May and June backed up the conclusion that air emissions weren't a risk, Nucor officials said.

In a statement Saturday, a company spokeswoman added that the new air permit limits only reflect potential emissions, not actual ones.

"This conservative approach using potential emissions demonstrates that even during the worst case, emissions from the Nucor DRI facility do not exceed allowable emission rates and concentrations," the spokeswoman, Katherine Miller, said.

The permit changes also would cut particulate pollution limits by between more than a third to nearly half, regulatory papers say.

But environmentalists and local activists contend the mobile monitoring was too brief to be conclusive and have long criticized the state's toxic air standards as old and too loose for chronic, lifetime exposure.

When asked this past week, DEQ officials declined to say how the EPA violations would affect Nucor's permit process.

"We don’t comment about specific permit decisions until after a final decision has been rendered on the application," spokesman Greg Langley said.

Langley pointed out that the permit incorporates Nucor's final design and testing results, accounts for previously underestimated emissions, and boosts recordkeeping to catch any violations.

DEQ also was part of the process of issuing the new EPA violations, which Langley said address air exceedances that weren't part of prior state actions.

Spending more than $400,000 to figure out why the air violations have been happening, Nucor made some fixes, including to a balky safety valve, and added a continuous monitor for hydrogen sulfide.

At the core, though, the problem is tied to the iron ore, which naturally has varying concentrations of sulfur, and to the company's difficulties in removing that sulfur from waste gas, company officials say.

Internal fixes tried in 2021 caused breakdowns and significant pressure swings that placed "the safety or our team … in jeopardy." In permit documents, Nucor has concluded that the attempted internal fixes were "technically infeasible" for its type of iron plant.

Nucor instead plans to rely on improved internal process control and an existing sulfur removal system.

Company managers had told DEQ in a November 2019 that the system wasn't big enough to handle iron ore with the highest sulfur concentrations; but, in a statement, Nucor officials said their combined changes met federal pollution control standards and would cut sulfur emissions by more than 90%.

DEQ will accept comments on the Nucor permit through Monday, Nov. 21.

Editor's Note: This story was updated at 6:40 a.m. Tuesday, Nov. 15, 2022, to correct the number of federal and state air violations to 12. The Advocate regrets the error.