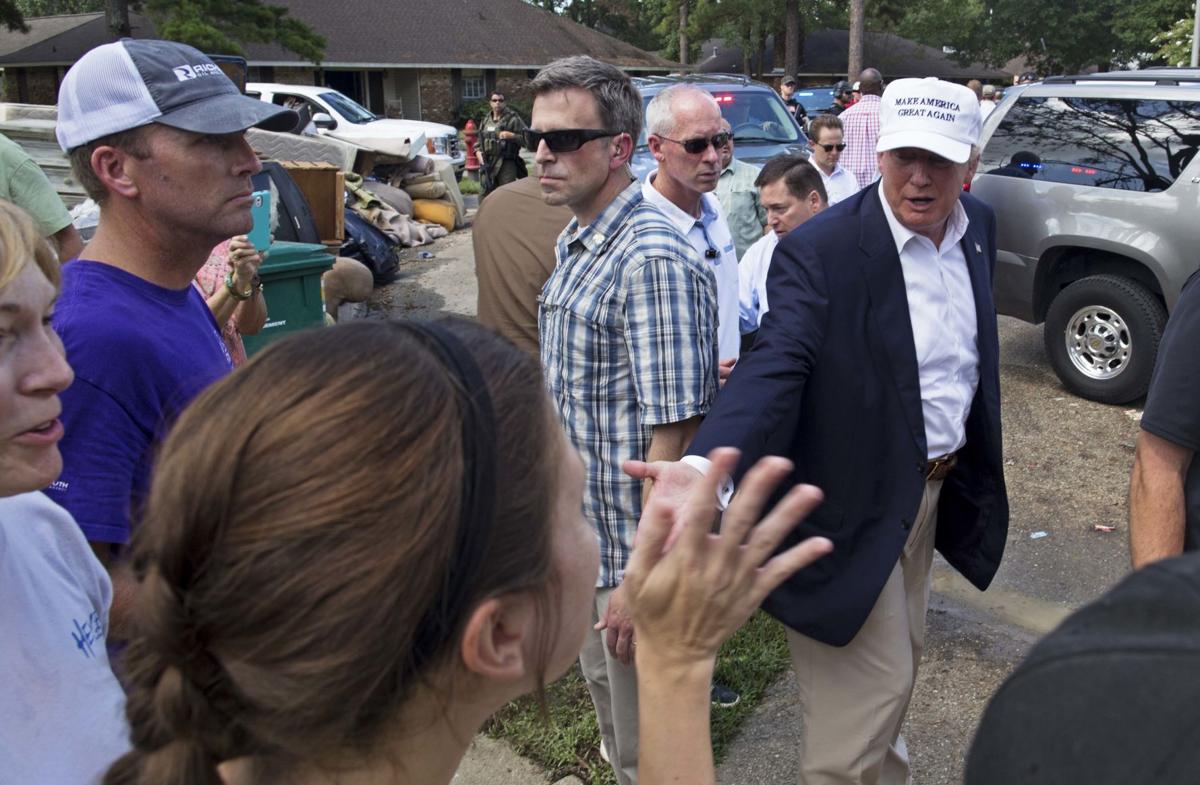 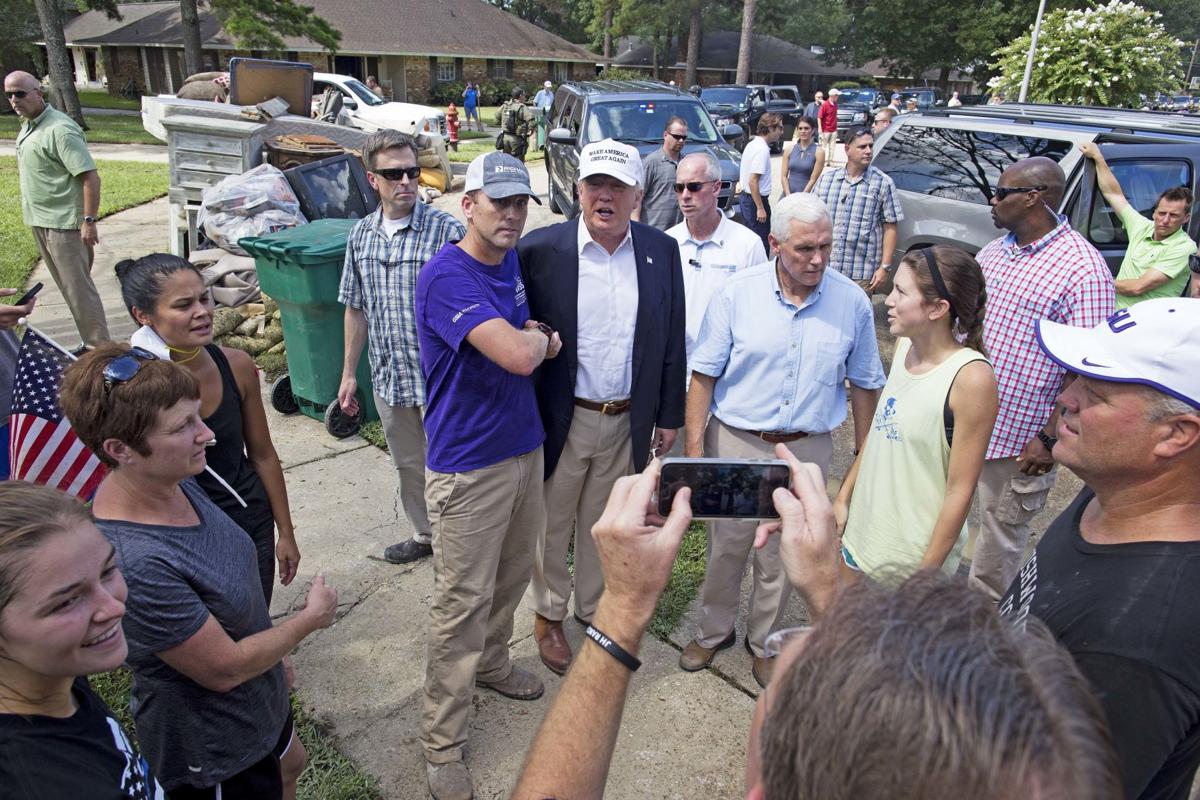 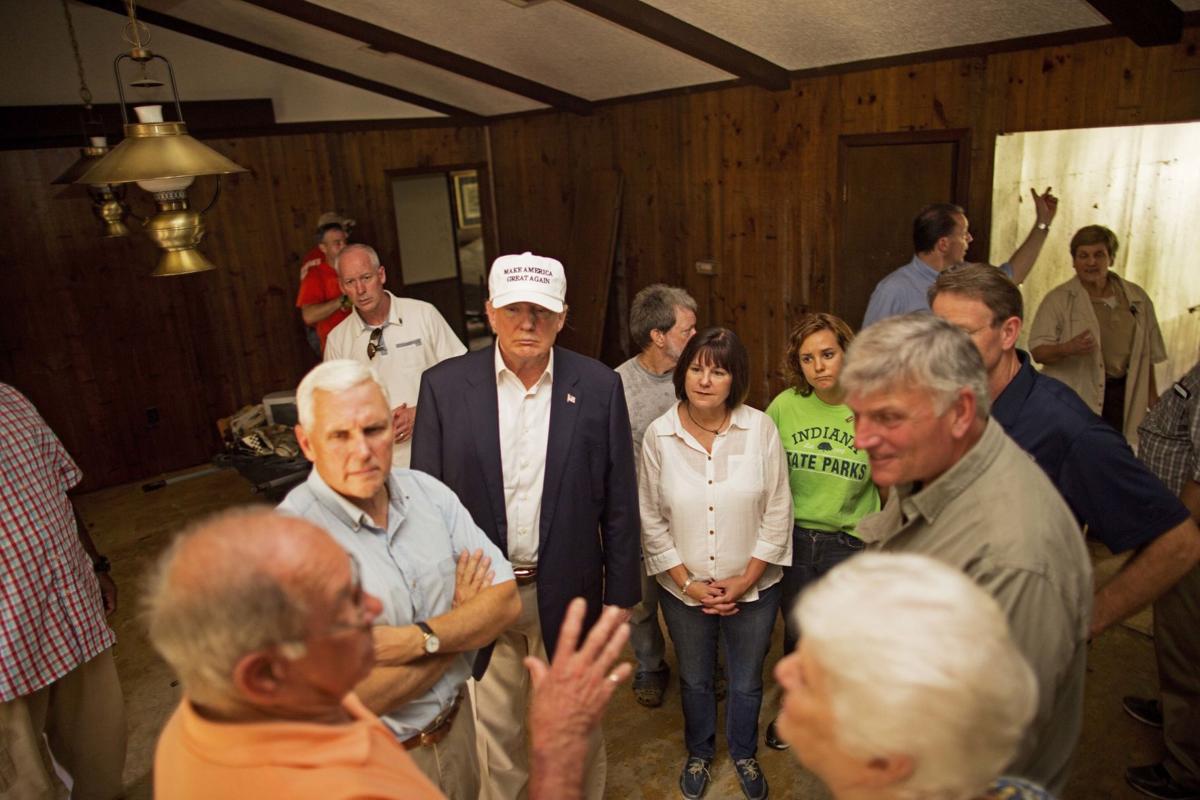 When GOP presidential candidate Donald Trump traveled to flood-ravaged Louisiana last week, word spread that the real estate mogul would donate $100,000 to flood recovery efforts, as well as an 18-wheeler full of supplies for flood victims.

The Louisiana Republican Party later confirmed to The Advocate that the campaign had said it planned the donations.

The Washington Post, which has been vetting Trump's somewhat unclear history of charitable giving, this week attempted to fact check those claims.

The conclusion: Trump's campaign says he will send a personal check to Greenwell Springs Baptist Church this week and it has taken credit for the 18-wheeler that arrived with him in St. Amant.

"It’s a personal contribution from Mr. Trump, and I believe the church should be receiving that on Thursday or Friday," Trump campaign spokeswoman Hope Hicks told the Post of the $100,000 contribution.

President Obama meets with Louisiana flood victims: 'It shows he hasn't forgotten us'

Additionally, the campaign also confirmed that he was responsible for a truckload of supplies -- just not the truck Trump was seen helping to unload on Friday.

"I don’t know the logistics behind it," Hicks told the Post. "But he purchased the supplies, obviously, and we coordinated the truck, and we were happy to do it."

Others in the community who spoke to the Post though were unclear as to the origin of the 18-wheeler or its connection to Trump.

"I was never told he donated [the truck]. I was just told that, 'Hey, this truck was the truck that was coming with Trump.' So I never heard it [as] 'donated,'" Mark Stermer, the senior pastor of the church that received the supplies, told the Post, adding the relief efforts were "so chaotic over there, we were just getting trucks in and out."

Washington Post: Donald Trump did donate a truckload of supplies in La., and intends to write a $100,000 check, his campaign says

The Trump campaign didn't immediately respond to The Advocate's request for more information on the donations.

When asked outside why he had decided to make the impromptu trip to Louisiana, Trump responded, "I came here to help."

Gov. John Bel Edwards, a Democrat, had urged Trump to volunteer with the recovery or make a "sizable" monetary contribution.

"We welcome him to Louisiana, but not for a photo-op," the governor's spokesman Richard Carbo said on the eve of Trump's visit. "Instead we hope he'll consider volunteering or making a sizable donation to the Louisiana Flood Relief Fund to help the victims of this storm."

Edwards later said he felt that Trump's trip, along with his running mate Mike Pence, was "helpful."

"I think ... because it helped shine a spotlight on Louisiana and the dire situation that we have here that it was helpful," Edwards said on CNN after Trump's visit.

Democratic presidential nominee Hillary Clinton has said she will also travel to Louisiana but her campaign has provided no specific date or details for that trip.

"The best way to help Louisianans affected by these terrible floods is to make sure they have the resources they need today," Clinton said in a statement released by her campaign Monday morning. "I am committed to visiting communities affected by these floods, at a time when the presence of a political campaign will not disrupt the response, to discuss how we can and will rebuild together."

Our Views: If she wants to be president, Hillary Clinton should act like one, come to Louisiana

It’s sad that most Americans still don’t understand the mindset of politicians. All politicians love photo-opts, an occasion that lends itself…